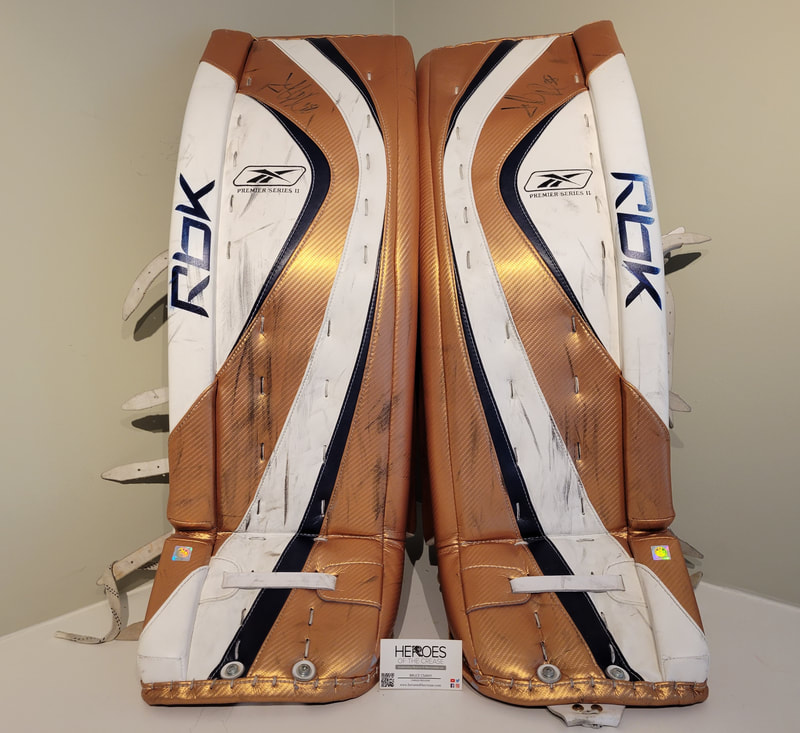 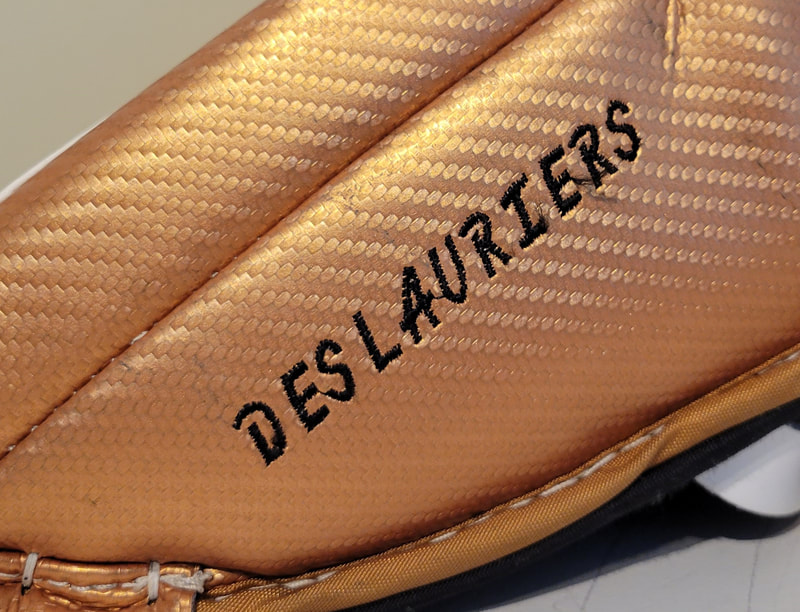 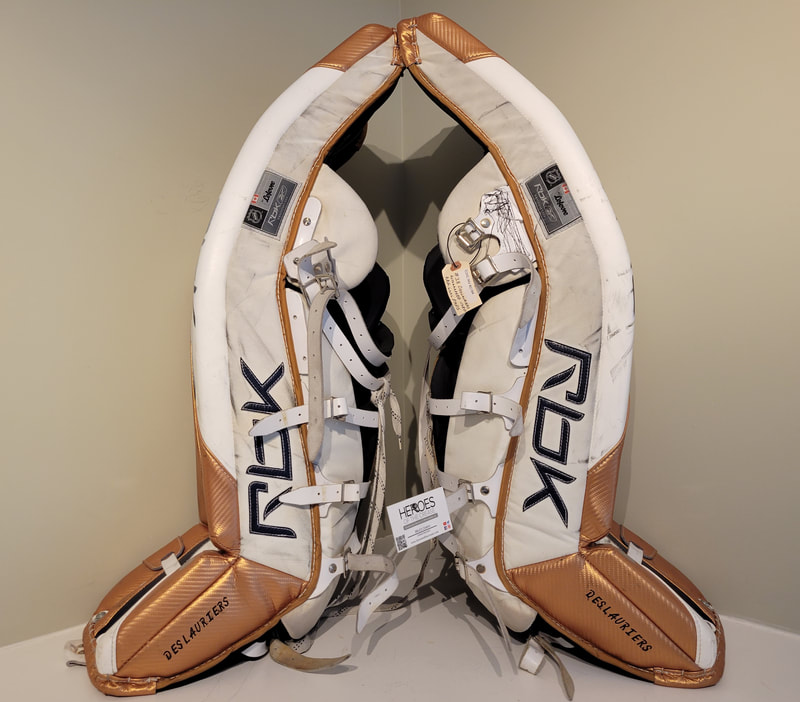 Jeff Drouin-Deslauriers, born May 15, 1984, was drafted 31st overall by the Edmonton Oilers in 2002. After finishing his junior career with Chicoutimi in 2004, Deslauriers remained in the Oilers system and got several call-ups between 2005-06 until 2007-08, with no ice time. His first NHL game did not come until the 2008-09 season, when he was thrust into the Oilers line-up behind Dwayne Roloson and Mathieu Garon. This game on October 17, 2008 saw him defeat the Calgary Flames at the Saddledome. As the #3 goalie on the team, Deslauriers recorded competent rookie numbers over 10 games. Deslauriers' decent play, combined with the factors of Roloson's departure to the New York Islanders, Garon's trade to Pittsburgh, and Nikolai Khabibulin's injury woes, secured his spot as the starting goaltender for the team in 2009-10. That year, he appeared in 48 of the team's games and recorded 16 wins and 3 shutouts. It was not enough for him to remain on the team, however, as he was relegated to the American Hockey League the following season and then lost to the Anaheim Ducks via free agency in the 2011 off-season. He appeared in four more games with the Ducks in 2011-12 before being placed on waivers and ultimately remaining in the AHL/ECHL for two more seasons. He then went to Europe in 2014-15 to play in the KHL and then the DEL. He retired from professional play after the conclusion of the 2015-16 season, however he did play a few games with Lacombe in the Chinook Hockey League in 2016-17.

Acquired from: Wayne Wagner of Wayne's Sports Cards and Collectibles via the Oilers locker-room sale in 2008/2009.

Dates of Game Use: All dates unknown, however, has been matched to the September 24, 2008 pre-season contest vs Florida. 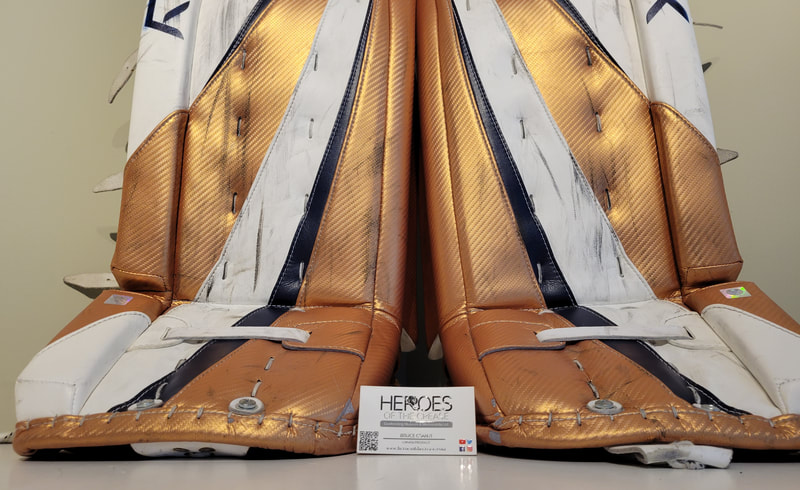 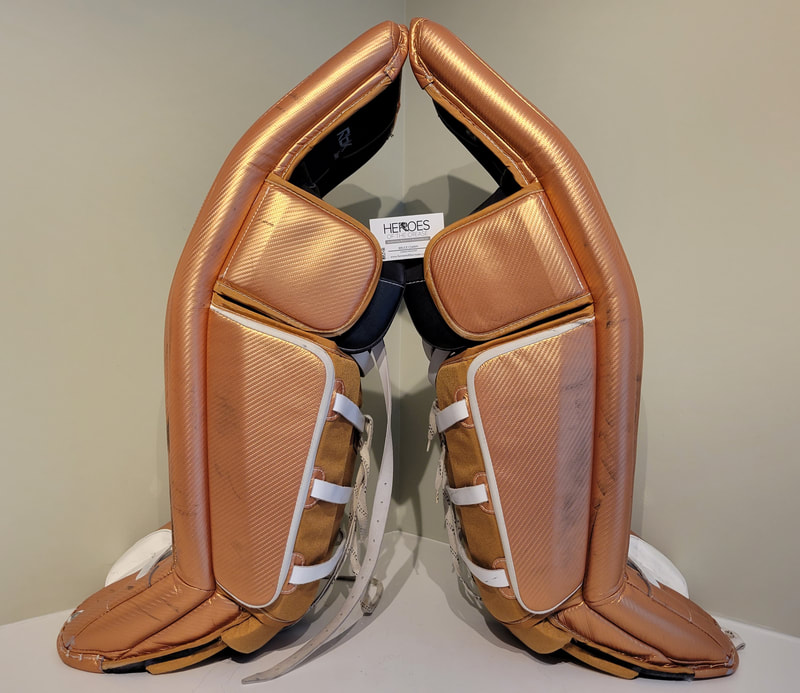 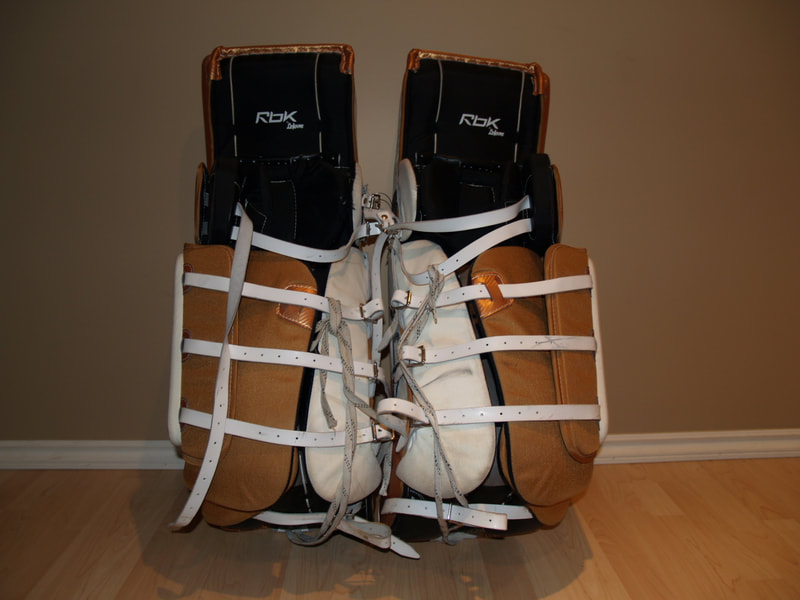