Born on January 29, 1973 in Thunder Bay, Ontario, Steve Passmore played seven seasons in the WHL and won a Memorial Cup with the Kamloops Blazers before turning pro. He was drafted by the Quebec Nordiques 196th overall in 1992 but did not get his chance in the big league until the 1998-99 season, while with the NHL's Edmonton Oilers. In his debut, on February 24, 1999, Passmore battled against future Oiler Dominic Roussel and the Anaheim Mighty Ducks, but the team fell 2-1, despite Passmore's 22 save performance. Passmore appeared in six games with the Oilers before landing with the Chicago Blackhawks as a backup in 1999-00. He was then traded to Los Angeles that year, before being traded back in the 2000-01 season. He remained in Chicago until the conclusion of the 2003-04 and was close to making the Coyotes' roster after 2004-05 lockout. He played the 2005-06 season split between the AHL, one call-up with zero games played with Phoenix, and in Finland. Before retiring from play and becoming a financial advisor in British Columbia he played the final season of his hockey career split between Austria and Italy.

This game worn mask was used in the 1998-99 season with the Oilers and with the Hamilton Bulldogs. It was used in his NHL debut, first win, first loss, first point, etc., etc.  It is undeniably photomatched and a stunning piece of both art and sporting history. 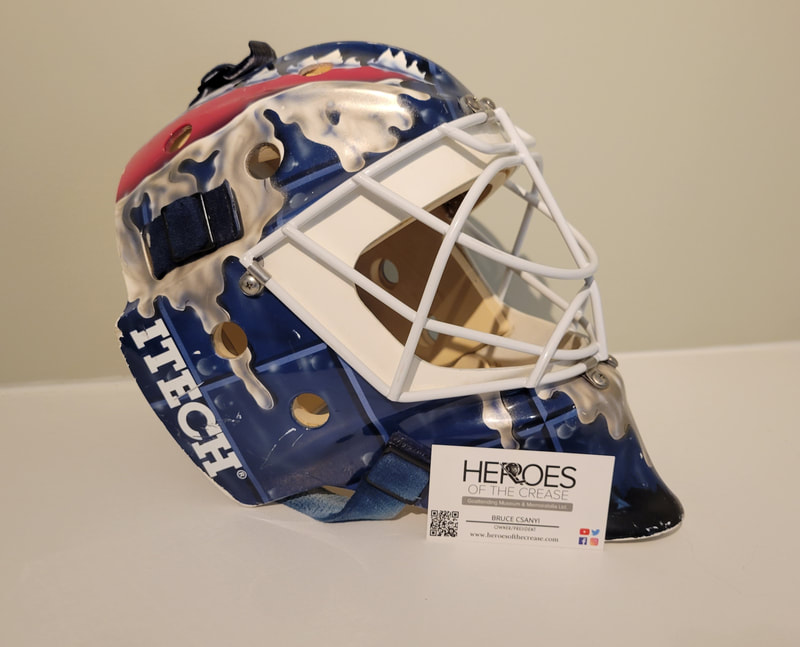 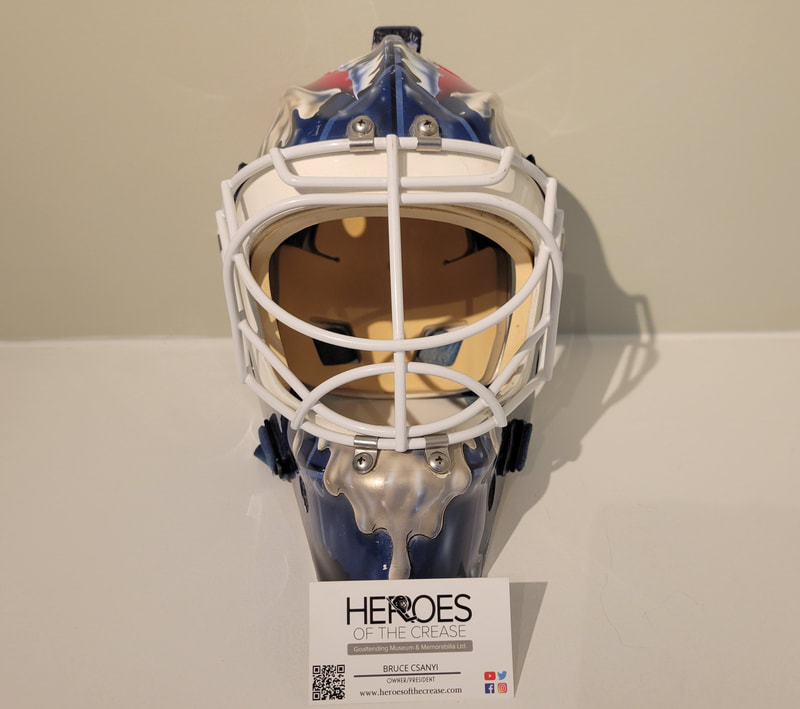 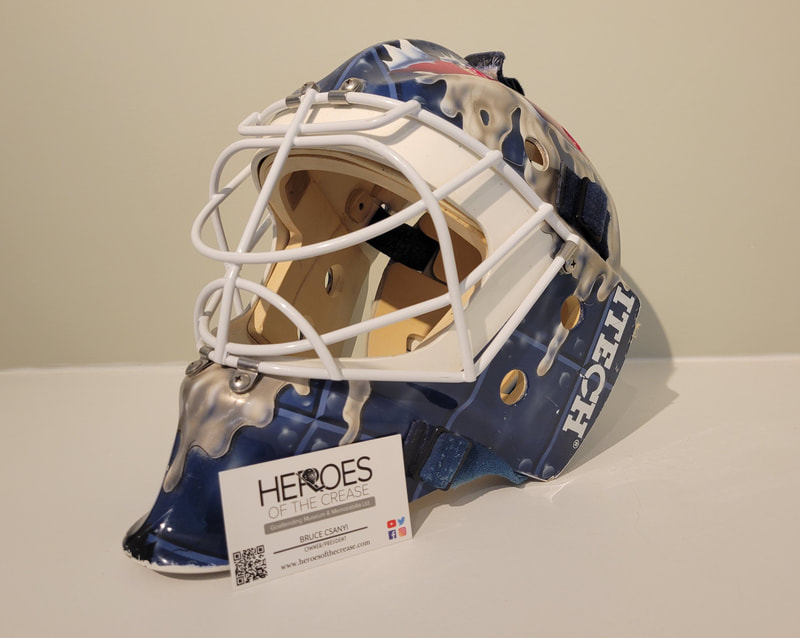 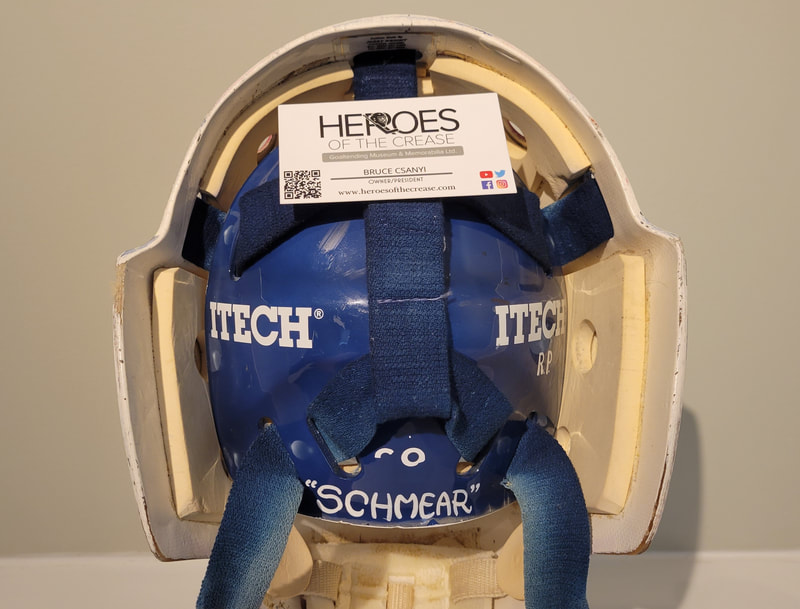 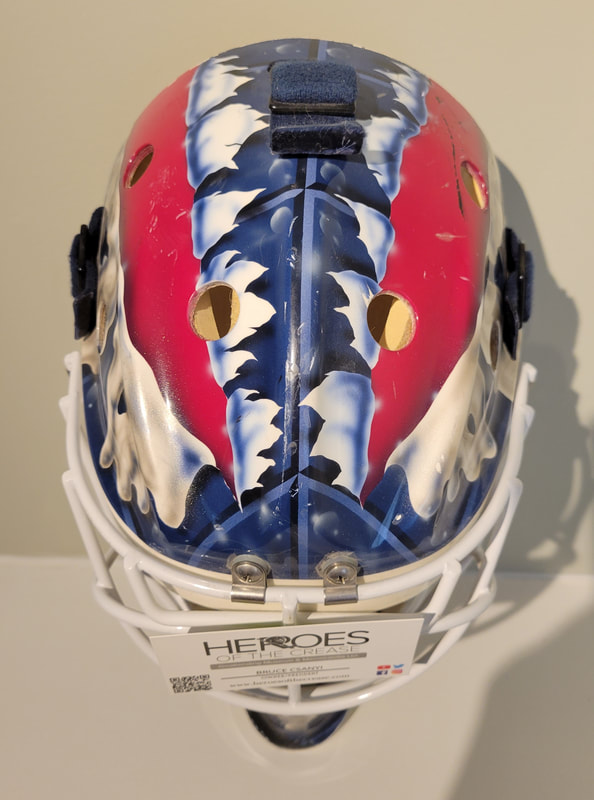