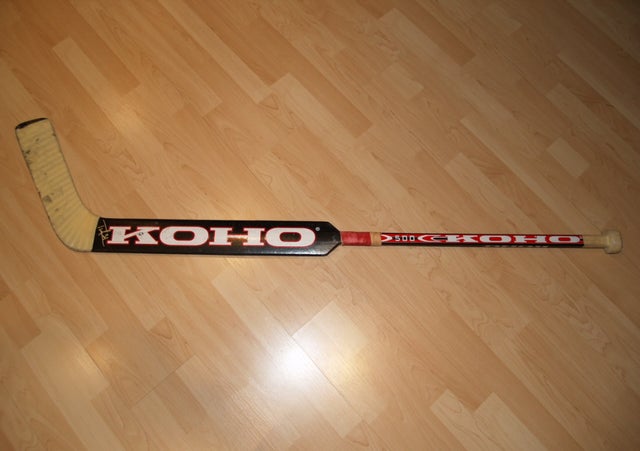 Born on June 29, 1975 in Ottawa, Tyler Moss was a top prospect, coming out of the Kingston Frontenacs of the Ontario Hockey League. He was drafted 29th overall by Tampa Bay in 1993 and hovered through the various minor leagues through various teams between 1995-1997.

He finally made the NHL with the Calgary Flames in 1997-98 and made his NHL debut on October 28, 1997. In that debut, he won his first ever game by a 6-3 decision over Pittsburgh and veteran Tom Barrasso. He was limited to six games in his rookie year and then he got into a further eleven games in his next season before an injury he sustained in December of that year dropped him in the depth charts below Giguere, Wregget, and Brathwaite. After the 1998-99 season, Moss was traded to Pittsburgh but remained in the AHL and IHL for all of the 1999-00 season. In the 1999-00 off-season, Carolina signed him to be the full-time backup to Arturs Irbe. Despite Irbe's iron-man starting ability netting him 77 games, Moss did manage to see action in twelve games. After the acquisition of Tom Barrasso and then Kevin Weekes in 01-02, Moss was once again relegated to a minor-league depth role.

The Cup Final run of 2002 made Moss expendable to the Canes' organization so he was signed by the Canucks. He mostly played with the Moose of the AHL but he did get one final game with the Vancouver Canucks on December 23, 2002 against the Avalanche before remaining in the AHL 2004-05. Moss then packed his bags and played a further six seasons in Europe before finally retiring at the end of the 2011-12 season.

Photomatched: No, referenced to style he used in Carolina.