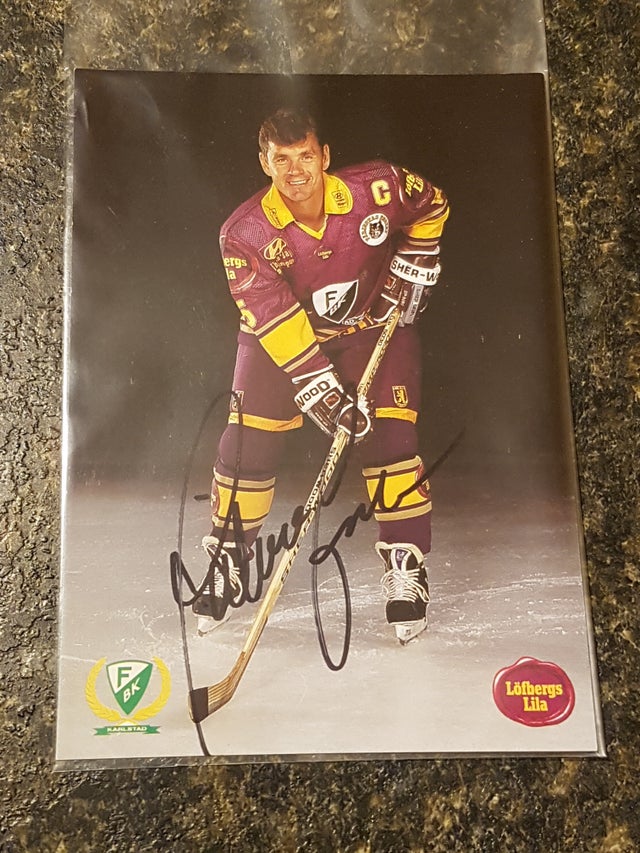 This highly uncommon team-issued card of former Calgary Flames star Hakan Loob was released by the Swedish Farjestads hockey team in the early 1990s. The card was later autographed by Mr. Loob then acquired by our company years later. No LOA is included with the item, however, it is sure to pass any third-party authentication.

This item is eligible for worldwide shipping. Note that for all of our listings, if there is a huge discrepancy in shipping rate charged compared to how much it will cost me to ship (5% difference or more), then I refund the extra shipping rate paid.