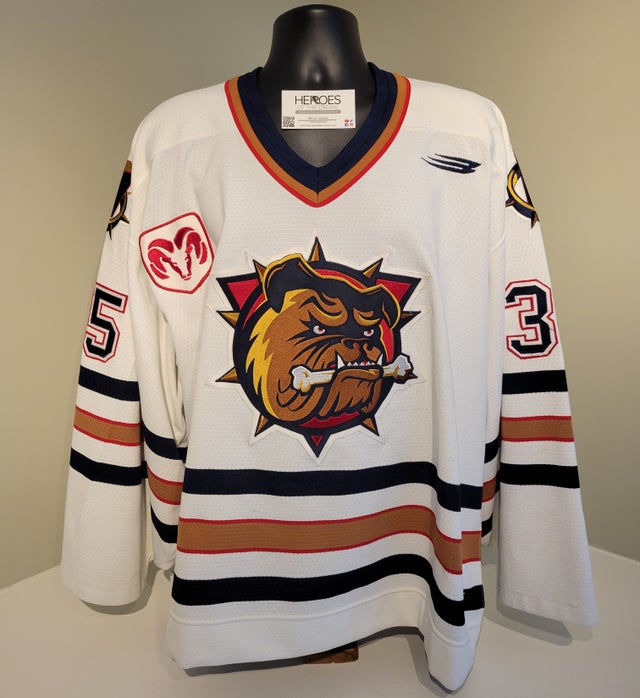 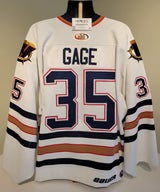 Born on October 19, 1973 in Vancouver, British Columbia, Joaquin Gage was a strong prospect coming out of the Portland Winter Hawks of the WHL. Gage was drafted 109th overall by the Edmonton Oilers in the 5th round of the 1992 NHL Draft and he remained in the WHL after his draft year. After finishing his junior career, he transitioned to the pro ranks in 1994-95 with the Cape Breton Oilers of the American Hockey League. Despite being only 21 years of age and in his first year in the pros, Gage was recalled by the Oilers late in the season. On May 1, 1995, Gage made his NHL debut. In relief of Fred Brathwaite, Gage played the final 40 minutes of the game against Toronto and he stopped 17 of 19 shots in the Oilers' 6-5 loss. Two days later, he got his first ever NHL start Facing the provincial rival in Calgary. Gage and the Oilers were defeated 5-3. The next year, Gage became the third most utilized goalie on the squad, appearing in 16 NHL games behind Bill Ranford (37 games) and Curtis Joseph (34 games). For the next five seasons, Gage bounced around the AHL and ECHL, though he put himself back on the radar while playing with Team Canada in 1999-00. In 2000-01, Gage made his way back into the NHL for an additional five games with the Oilers. After the season concluded, Gage made his way to Europe, where he played in leagues in Britain, Sweden, Germany, and Italy before retiring after the 2007-08 season.

What you are looking at right now is a 1999-00 season game worn Hamilton Bulldogs sweater worn by Joaquin Gage. That season, he played in one regular season game, and ten playoff games wearing the #35, which was not his usual #30. As Gage came to the team later on due to his commitments to Team Canada, Eric Heffler used Gage's typical number that year. The jersey features decent wear including puck marks, paint transfer on the sleeves, and some piling of the material. Based on the wear, it is very likely that he wore this sweater in the playoffs and/or the regular season.

It exhibits light game wear as would be expected and it does not include an LOA.