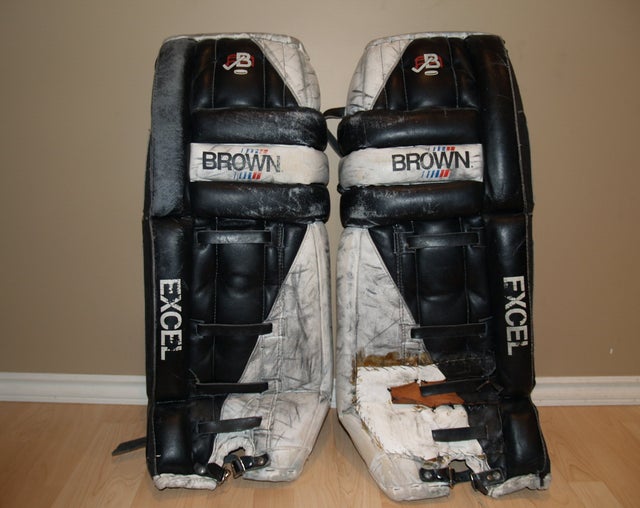 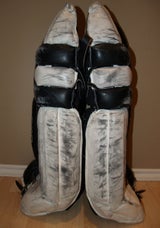 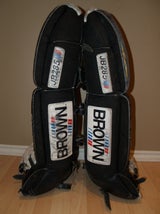 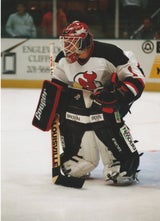 This here is a pair of photomatched New Jersey Devils / Albany River Rats game worn pads. The wear is substantial and clearly demonstrates use over multiple seasons. A huge makeshift repair is also visible on the front left pad's entire left ankle/shin area. Not to mention epic wear comprised of puck marks, chafe wear, and scratches adorn this great item!

Dates of Game Use: Unknown, but matched to time with Devils