Adin Hill was born on May 11, 1996 in Comox, British Columbia in Canada. A star goalie with the Portland Winterhawks in the WHL, he was drafted 76th overall by the Arizona Coyotes in 2015. After one more season of junior hockey, Hill turned pro in 2016-17. He split the season with the AHL and ECHL affiliates of the Coyotes and even got his first NHL recall that year, though he did not get to play. The following season, he spent the majority of the year in San Antonio, but on October 17, 2017, the moment finally happened! Adin Hill was given the start against the Dallas Stars and he stopped 31 of 33 shots in a 3-1 defeat. He appeared in four games that season and recorded his first NHL win, on March 13, 2018. The following year, he appeared in a further 13 games with the Coyotes, recording his first NHL shutout, and then in 2019-20, he played in another 13 games with the team. As of 2020-21, he is still with the Arizona Coyotes and he had already played multiple games at the point of this write-up, and it is very likely that he will play many more in the future.

No career stats will be posted at this time as he still has a very bright NHL future ahead of him as he is only 24 years old!

What you are looking at right now is something very special. Though tagged as a 2019-20 Set 1 jersey, this jersey has been definitively photomatched as far back as the 2017-18 season including his first career NHL win on March 13, 2018, the 2018 Arizona Coyotes team headshot, multiple games in 2018-19, the 2019 Arizona Coyotes team headshot, and multiple games in the 2019-20 season, including his 10th career win on January 14, 2020. Wear is amazing and is comprised of loads of black marks on the sleeves, as well as lighter markings on the torso and some pilling. 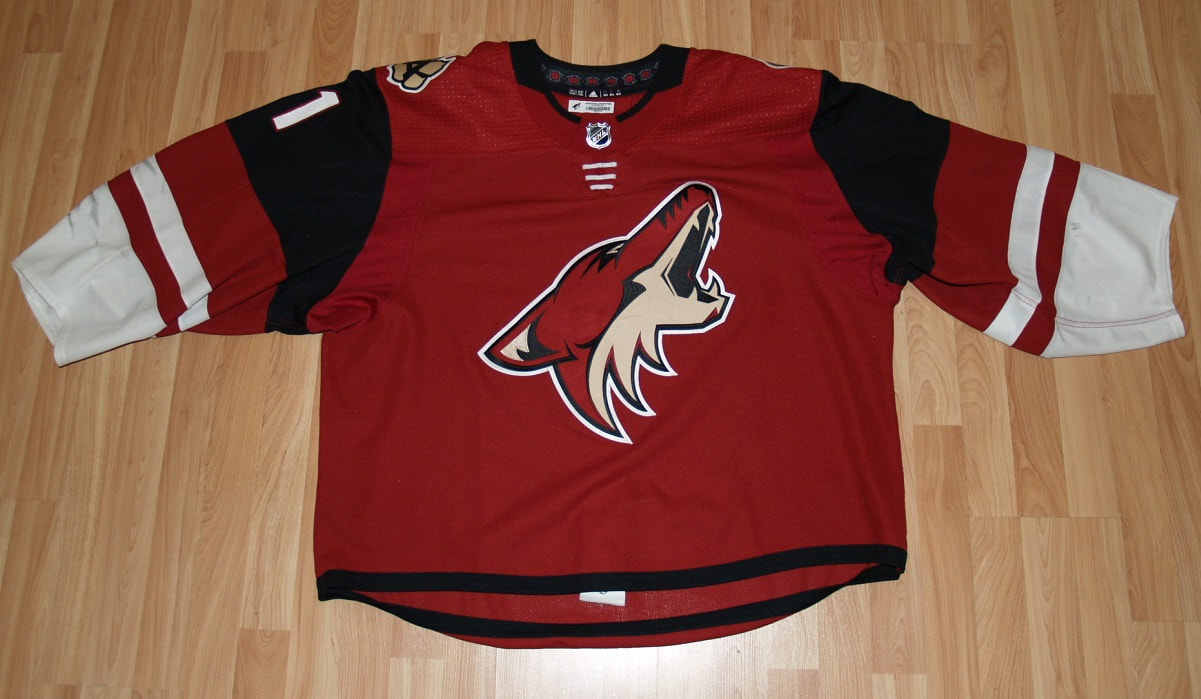 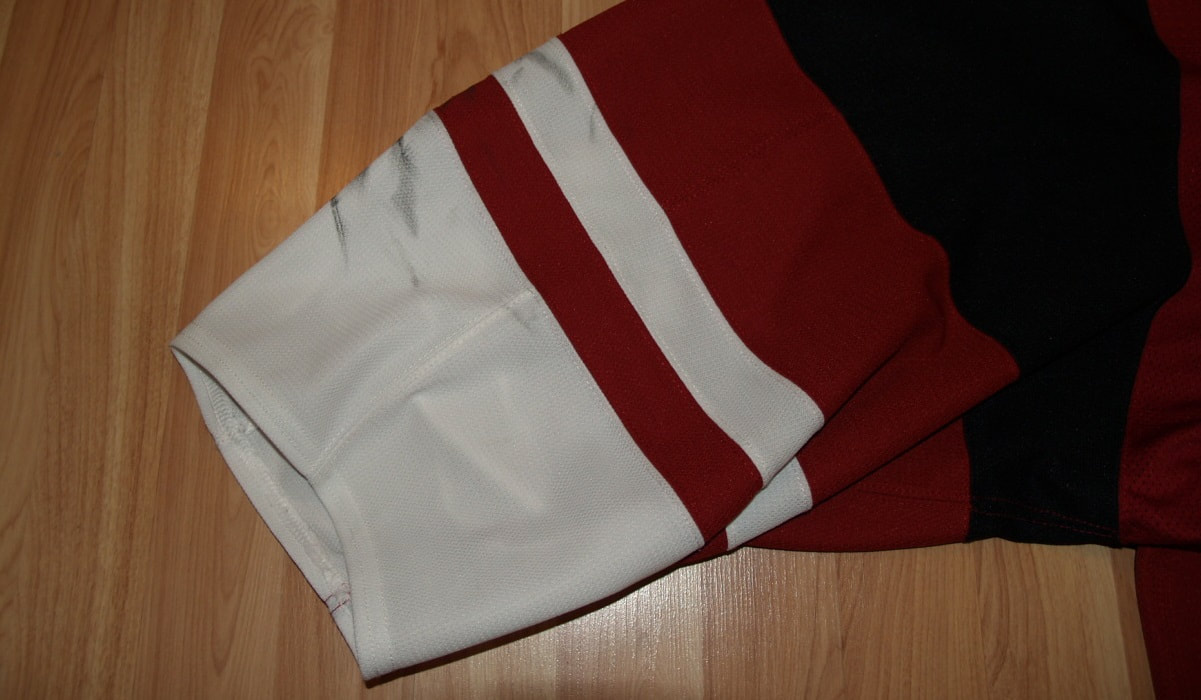 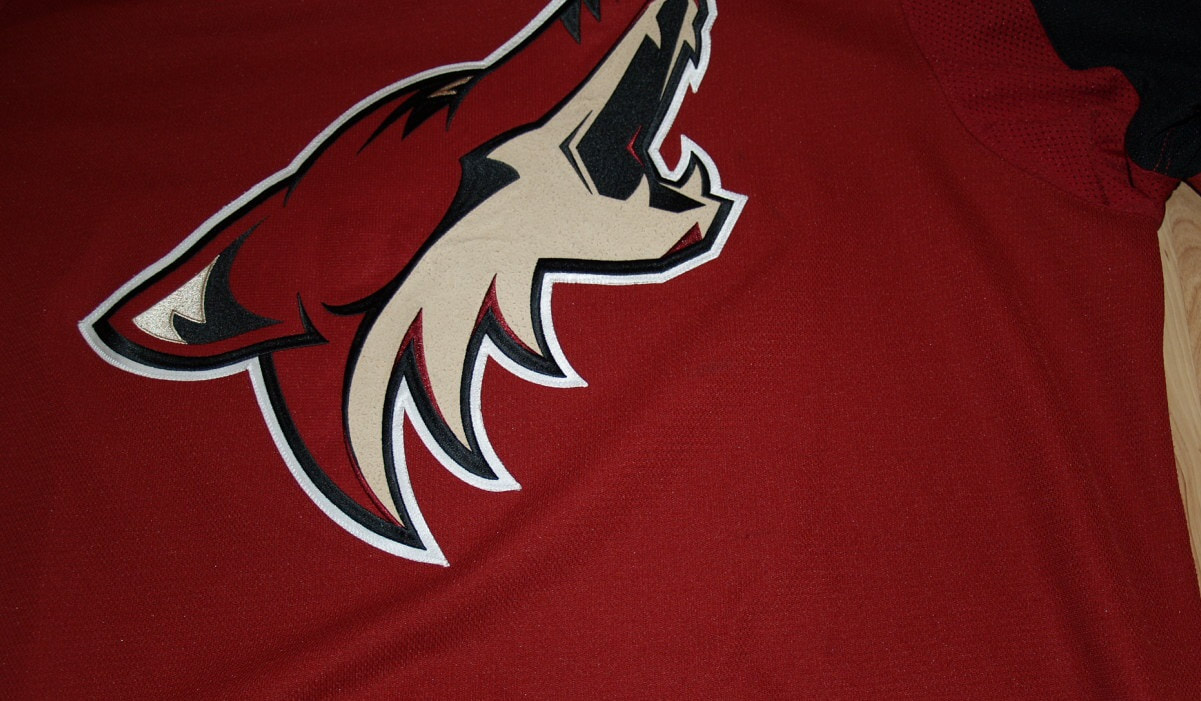 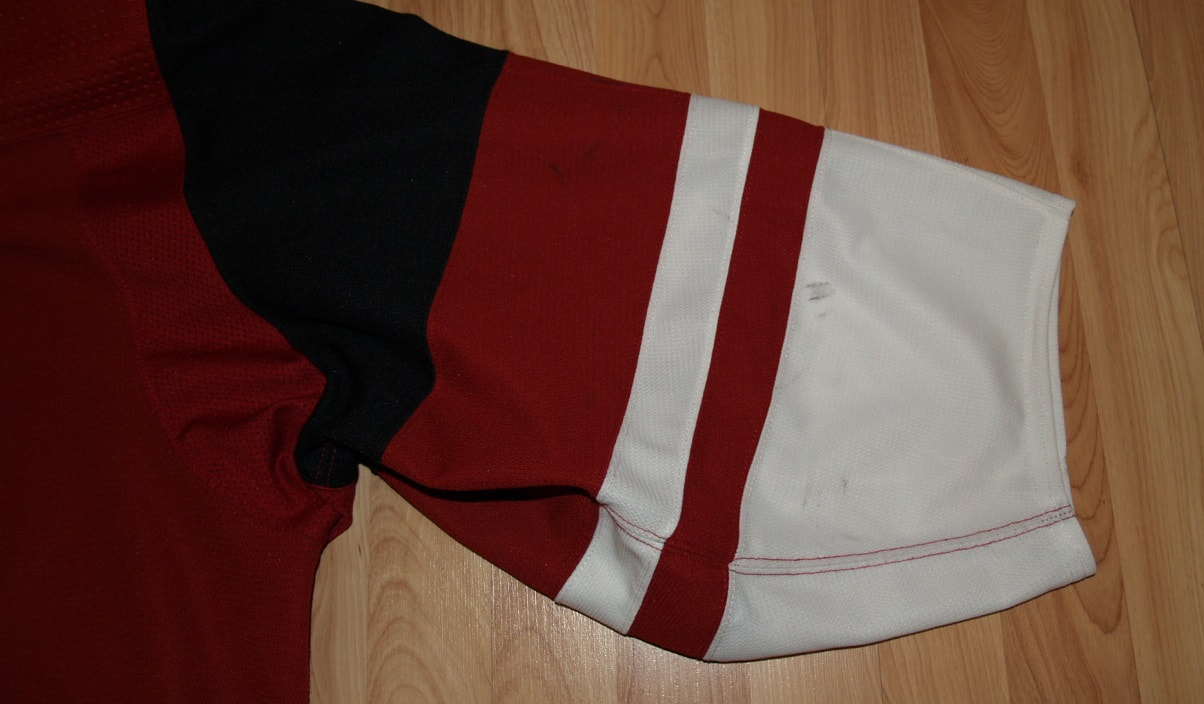 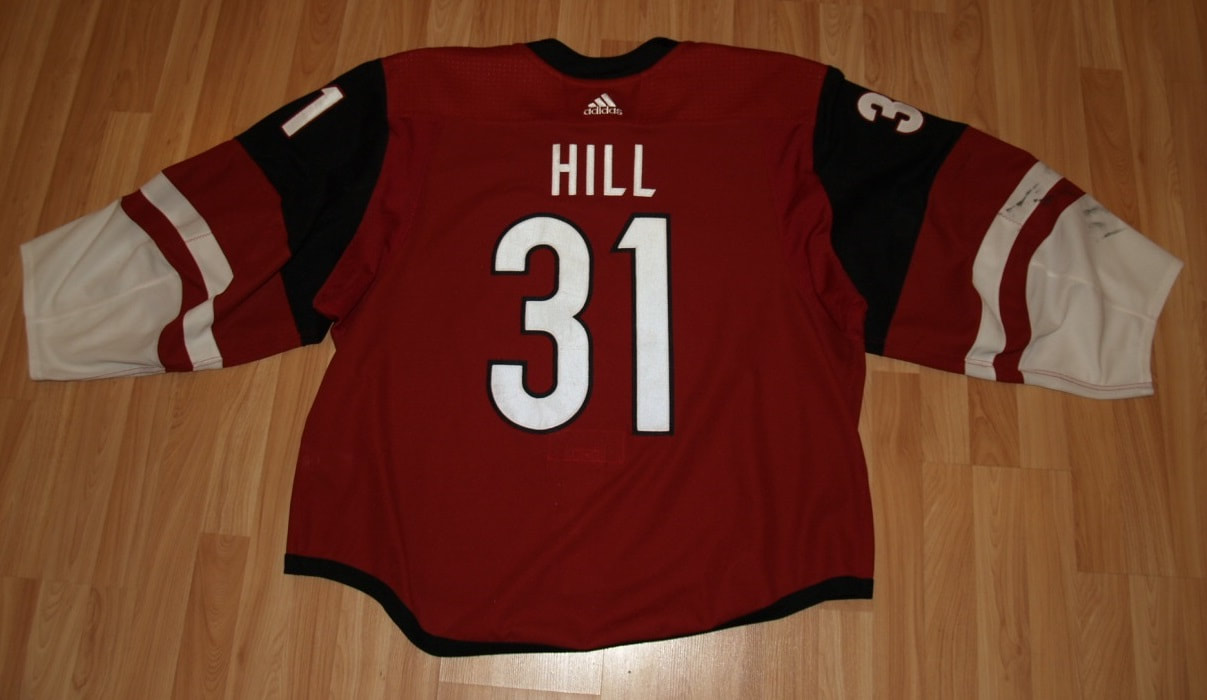 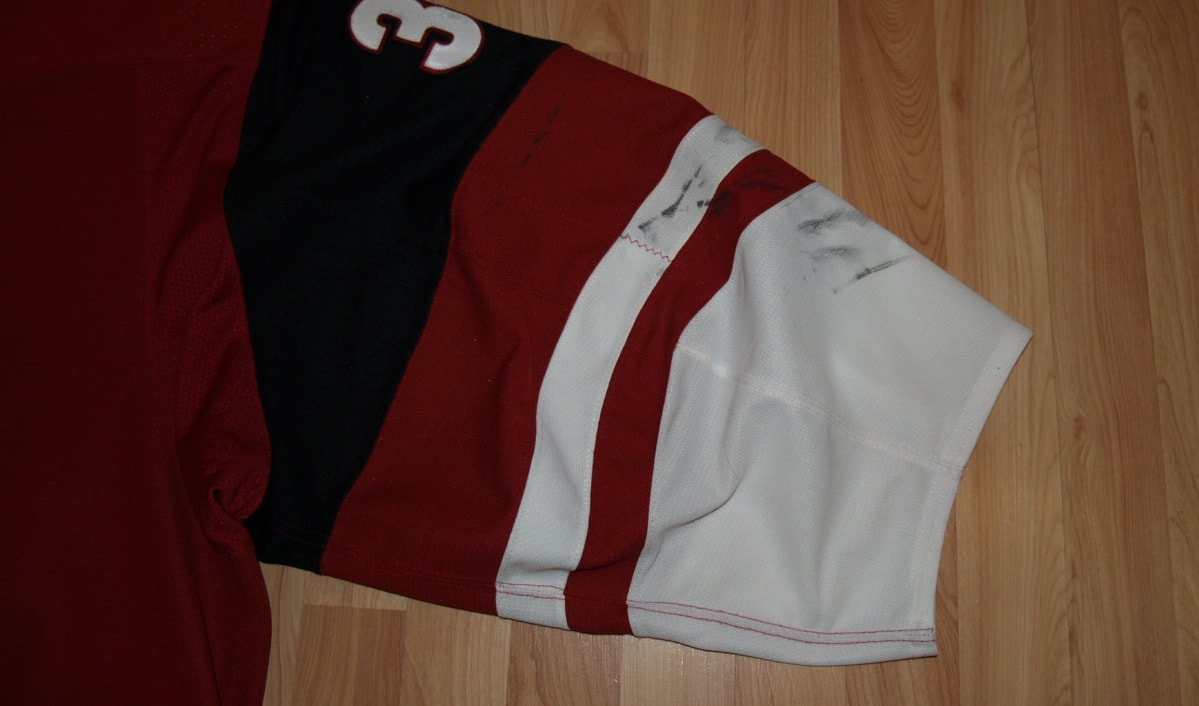 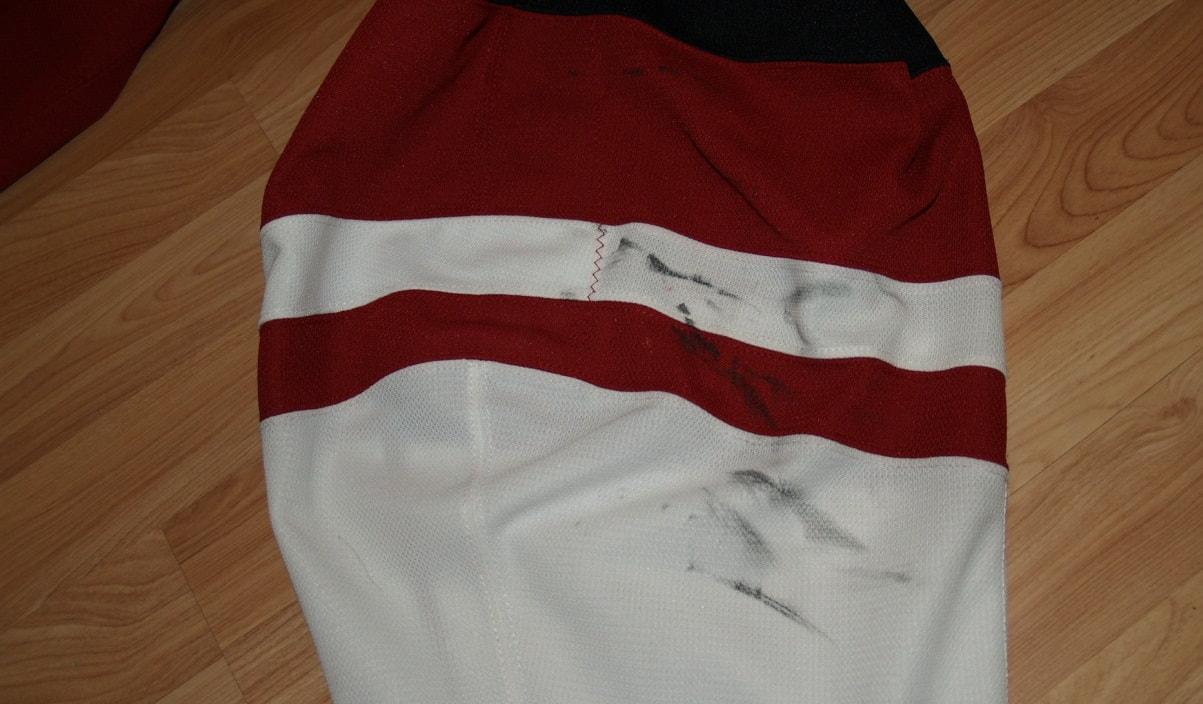 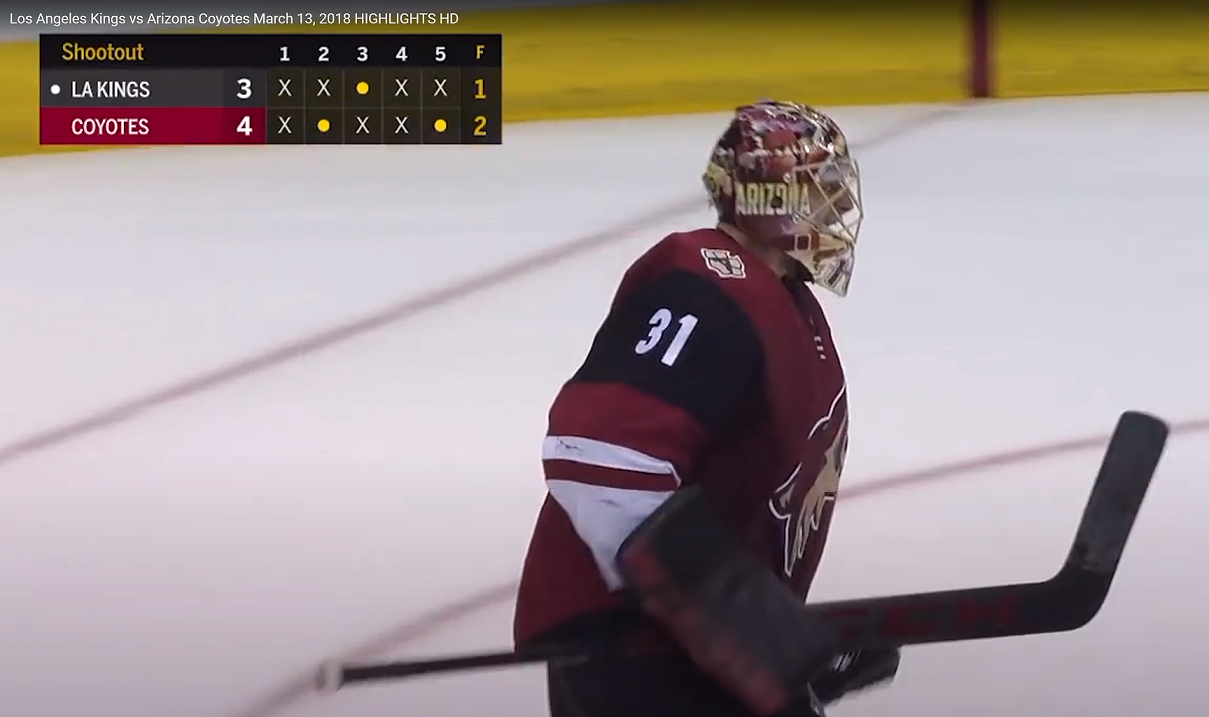