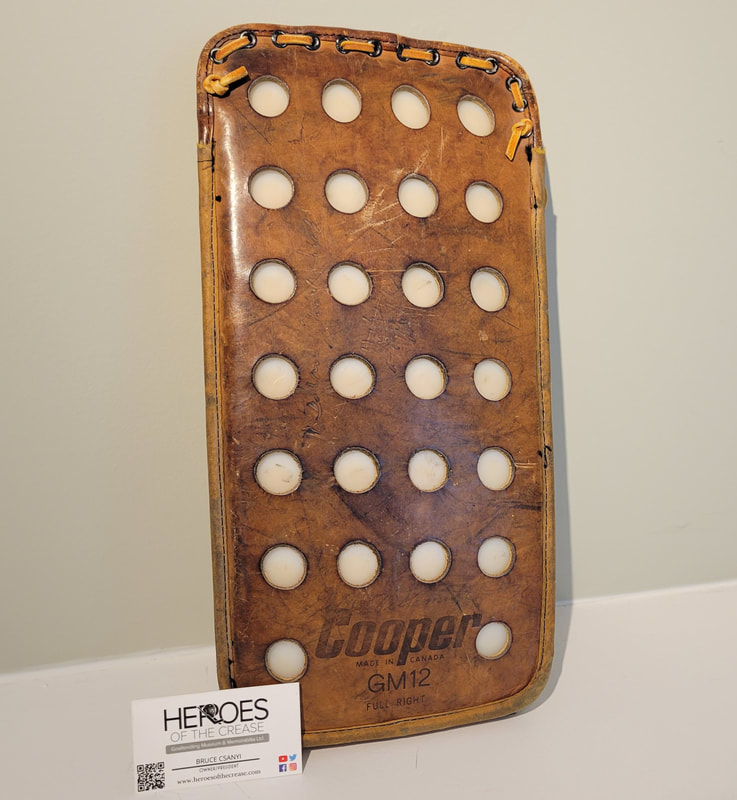 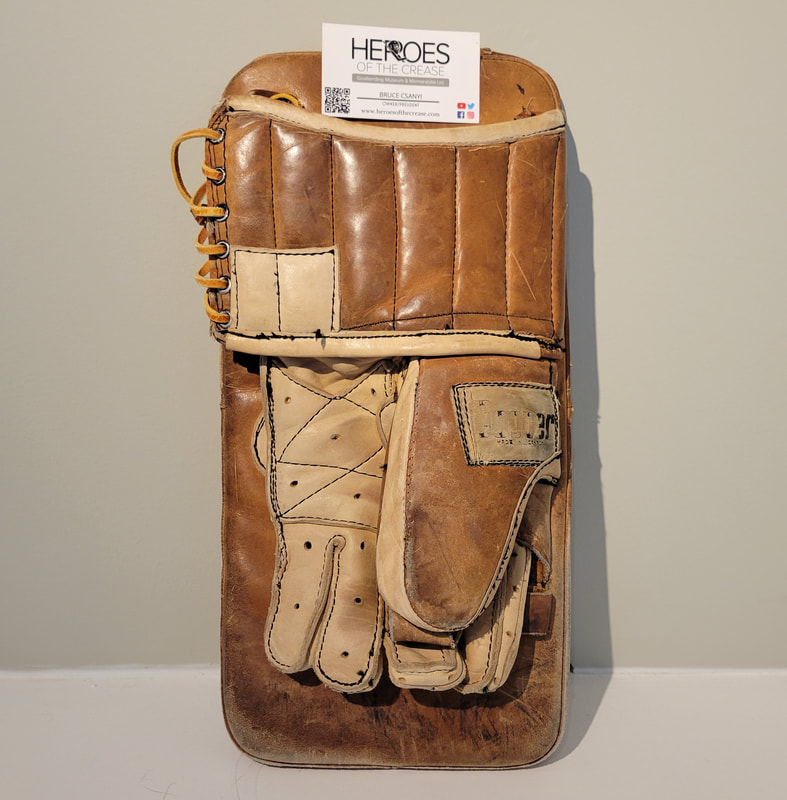 Gilles Villemure, born May 20, 1940 in Trois Rivieres, Quebec was signed as a free agent by the New York Rangers in 1962. He played his first ever game in the NHL in the 1963-64 season on November 20, 1963, to replace Jacques Plante who had been injured. He appeared in five games during that first season, recording an 0-2-3 record. He was sent back down to play in the AHL/WHL until the 1967-68 campaign, when Gilles got his next chance to be between the pipes in New York. By 1970-71, Villemure became the undisputed back-up goaltender for Ed Giacomin, sharing the Vezina Trophy with him in the 70-71 campaign. He went on to play a career high 45 games in the 1974-75 season before being traded to the Chicago Blackhawks in exchange for Doug Jarrett. He played in two more seasons for the Blackhawks before retiring at the end of the 1976-77 campaign.

Villemure utilized this blocker both with the New York Rangers ('71-72), as well as with the Chicago Blackhawks in a recent photomatching revelation!

Dates of game use: Uncertain due to era 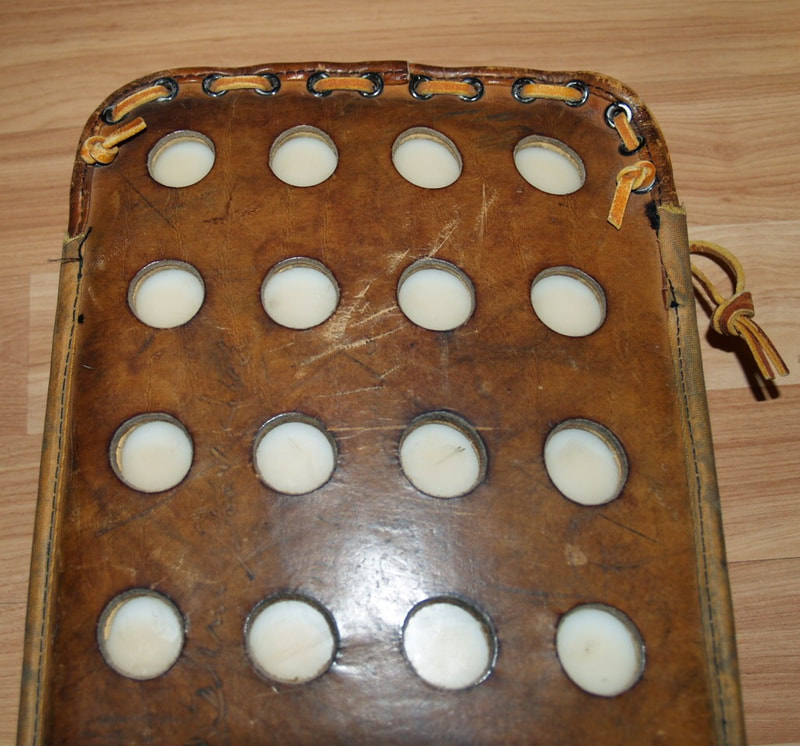 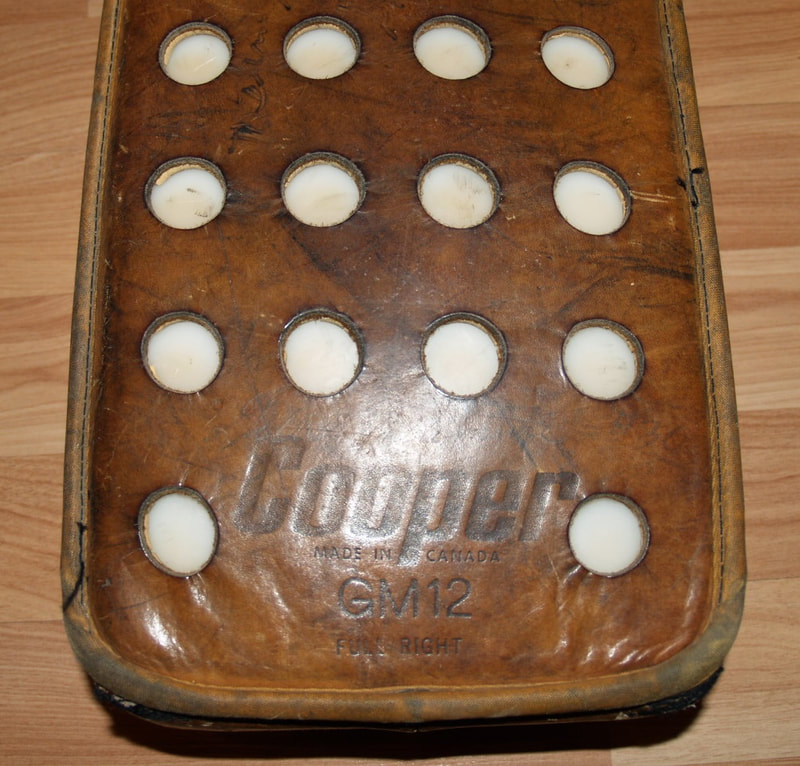 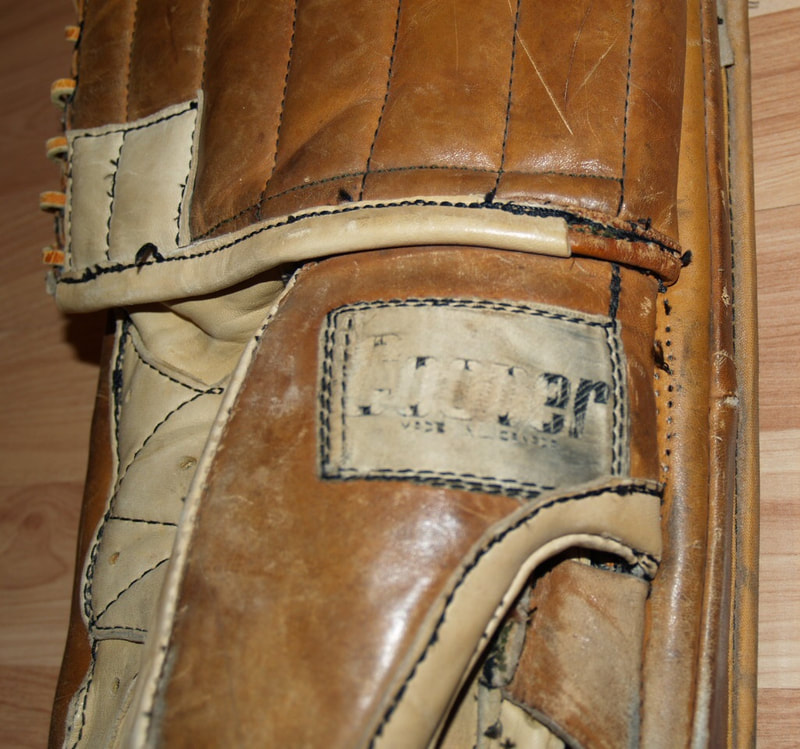 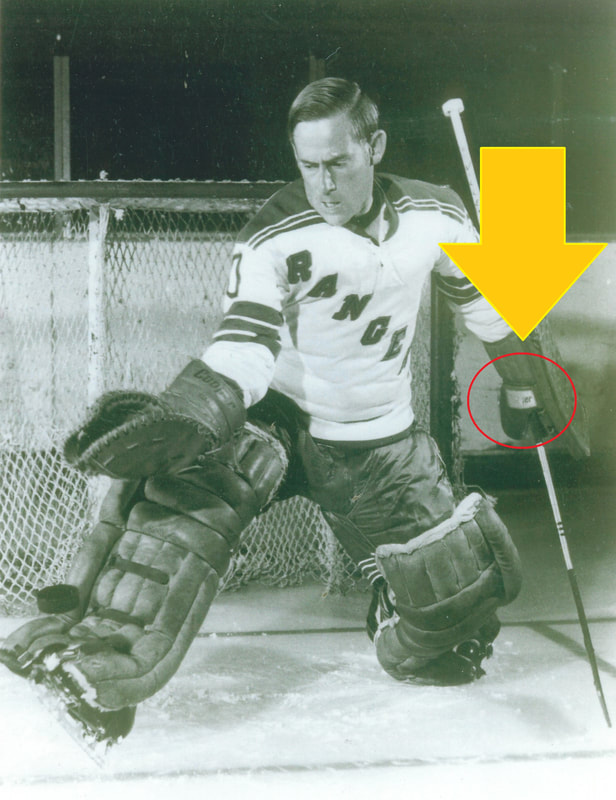