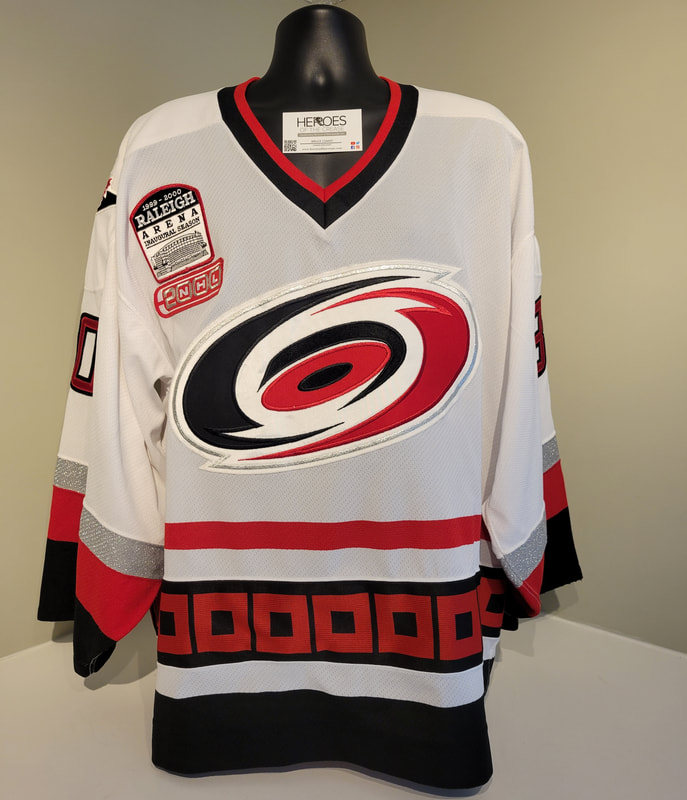 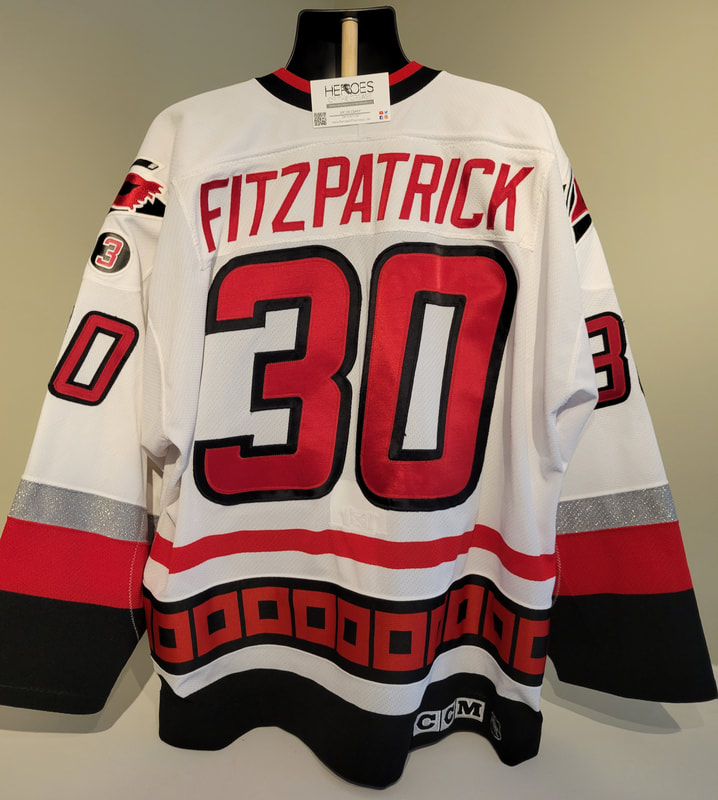 Mark Fitzpatrick, born November 13, 1968 in Toronto, was originally the 27th overall draft pick in the 1987 draft, chosen by the Los Angeles Kings. After playing several games for them in the 1988-89 season, he was traded to the Islanders in the epic deal that saw Kelly Hrudey go to the Kings. Fitzpatrick remained with the Islanders as a solid number two goalie until 1993-94 when the Panthers swiped him in the expansion draft. There he remained a backup to John Vanbiesbrouck until 1997-98 before getting traded to Tampa Bay and then Chicago in 1998-99. He was then signed by the Carolina Hurricanes on August 7, 1999. He toiled in the minor leagues for the majority of the season until Eric Fichaud was placed on waivers by the Hurricanes. At that point, Fitzpatrick was recalled and logged three games for the Hurricanes. After the season's conclusion, Fitzpatrick played one year with the IHL's Detroit Vipers before officially retiring from play.

This jersey was worn by Fitzpatrick in his final NHL game, a 1 minute 9 second effort in relief of Arturs Irbe in a 5-3 defeat against Boston on March 10, 2000.

*This was the first ever jersey added to Heroes of the Crease's collection! 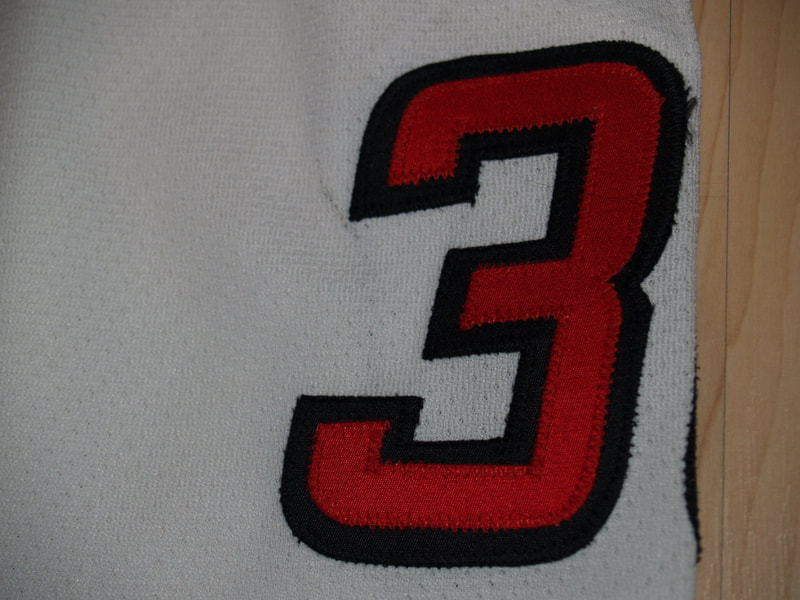 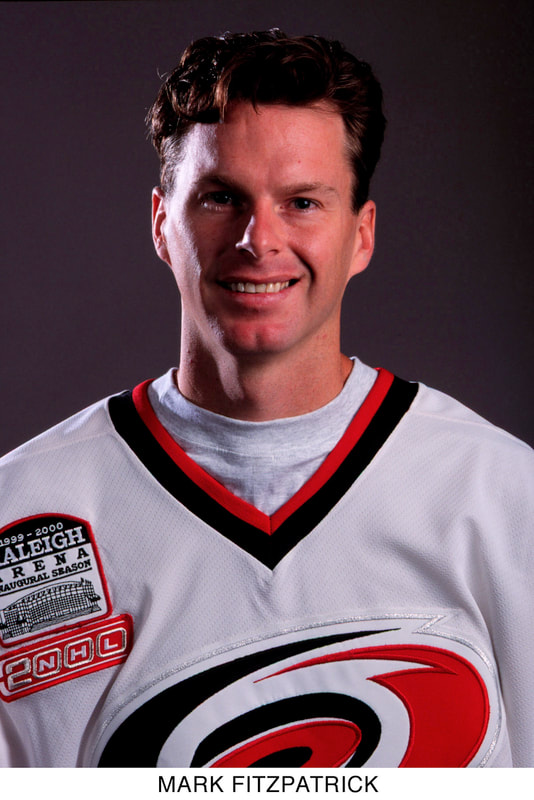