Born on January 11, 1980 in Budapest, Hungary, Levente Szuper was a standout prospect of the Ottawa 67's in the OHL. Boasting two years of excellent numbers, Szuper was drafted 116th overall by the Calgary Flames in 2000. Only the second Hungarian drafted into the NHL, Szuper was fighting against the odds. Assuming a part-time starter role on the Saint John Flames, Szuper put up respectable numbers from 2000-01. Finally, in 2002-03, injuries on the Calgary Flames prompted the team to call up Szuper to back up Jamie McLennan. Szuper's stint lasted nine games on the bench making him the first ever (and thus far, only) Hungarian to ever be on an NHL active roster in a game. Szuper played one additional season in North America as a property of the St. Louis Blues before he went to Europe to play in Sweden, Germany, Italy and Austria. He was back on the radar when he led Hungary into the Championship division of the IIHF world tournament in 2008-09, for the first time since the 1940s. Szuper was signed into the CHL and played two seasons there before retiring from play in 2011-12. Today, he is in hockey development and promotes hockey in Hungary.

Szuper played in no NHL games in his NHL career despite dressing in nine of them. He does 115 AHL games under his belt with 43 wins.

The jersey you are looking at right now was worn Levente Szuper in his first pro season in North America and in his debut with the Saint John Flames in 2000. It has stunning wear and highlights the tenacity of the Hungarian spirit.

Dates of Game Use:
First third to first half of the season 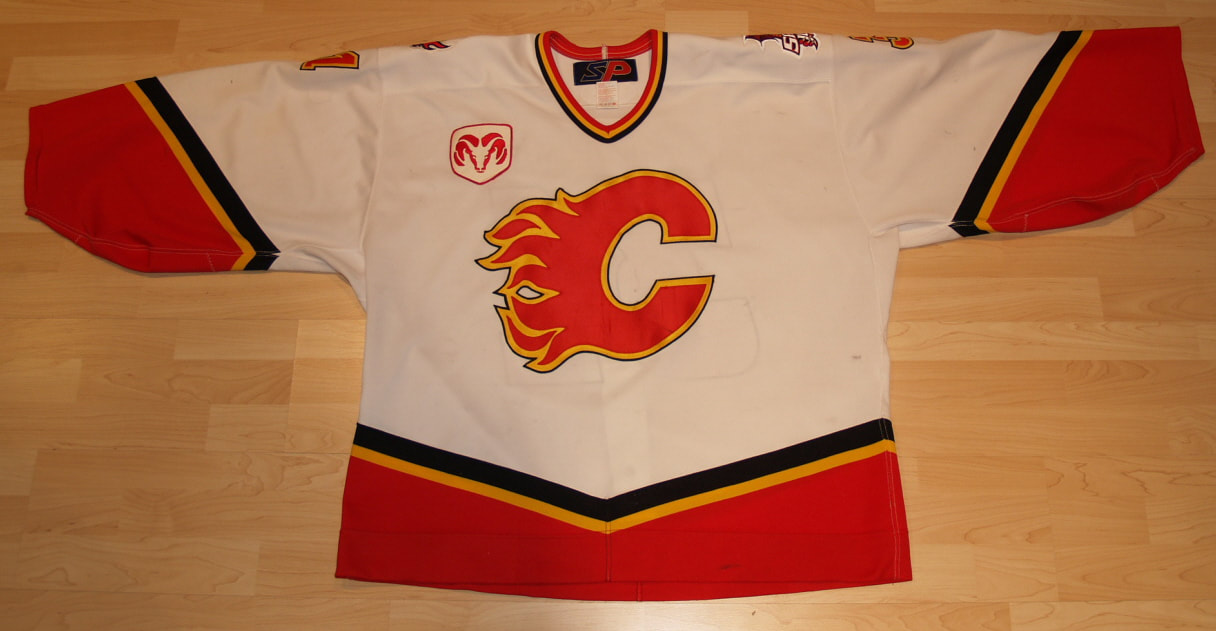 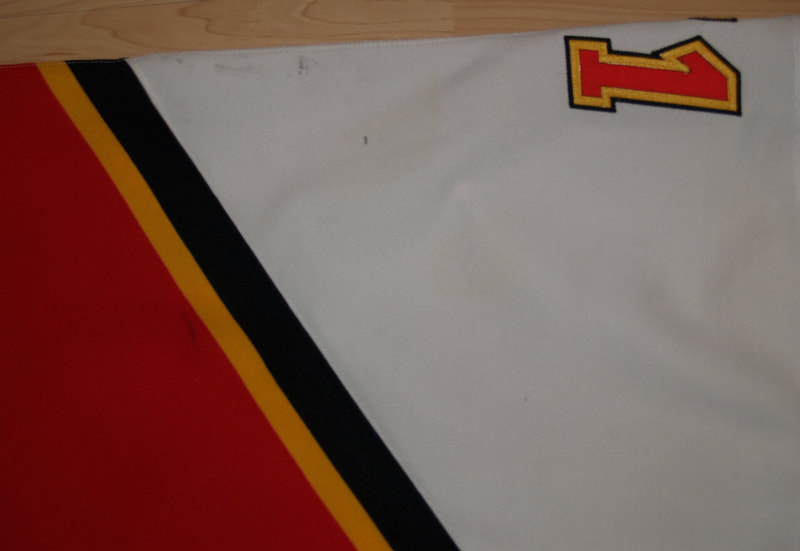 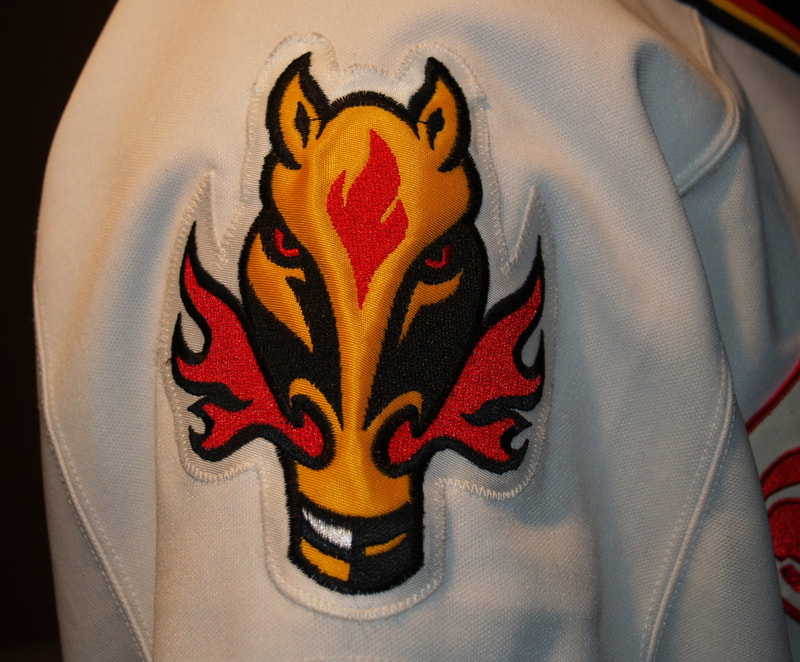 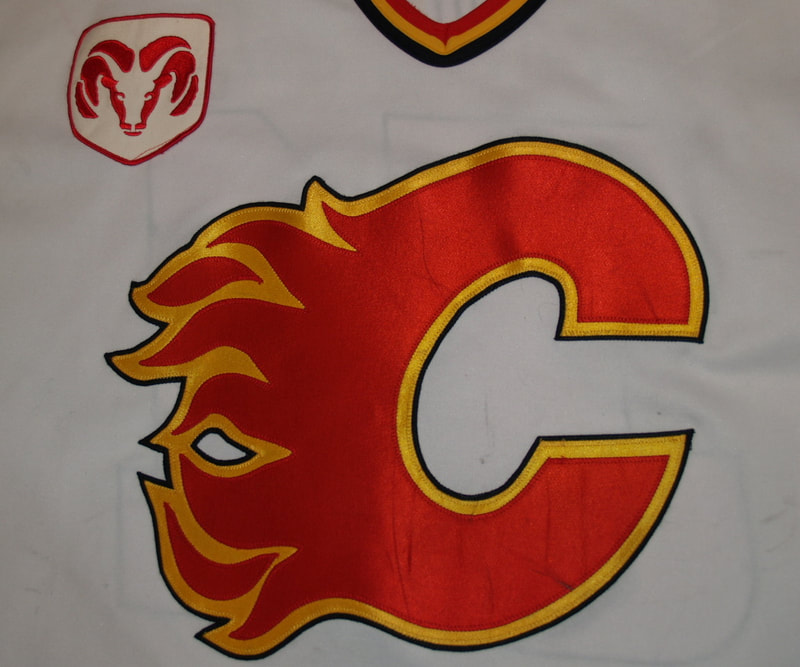 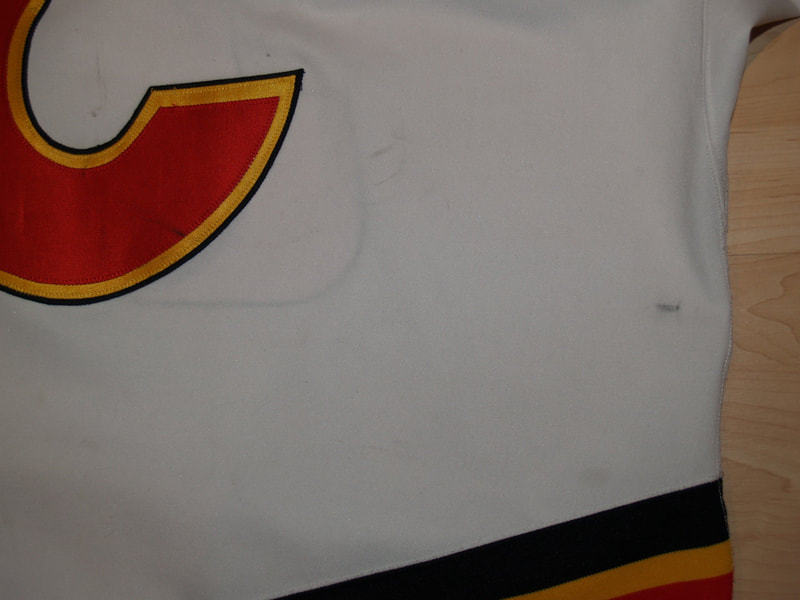 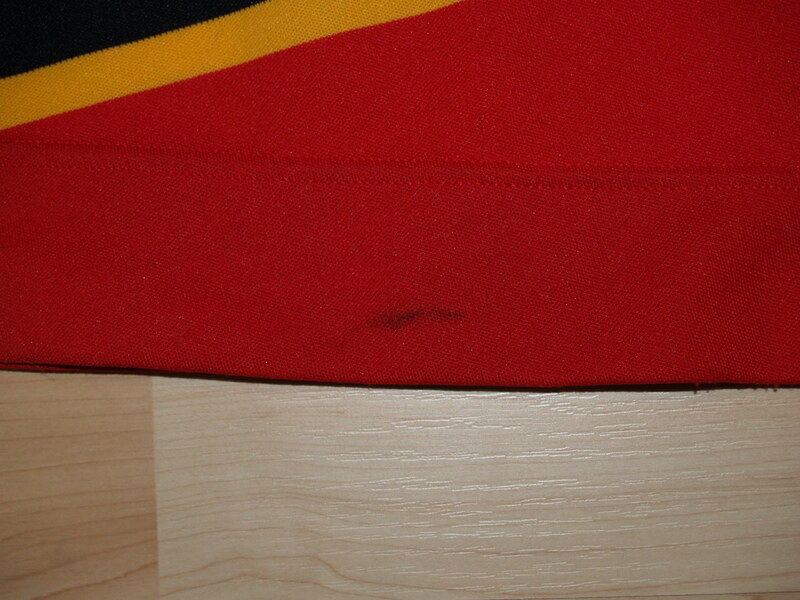 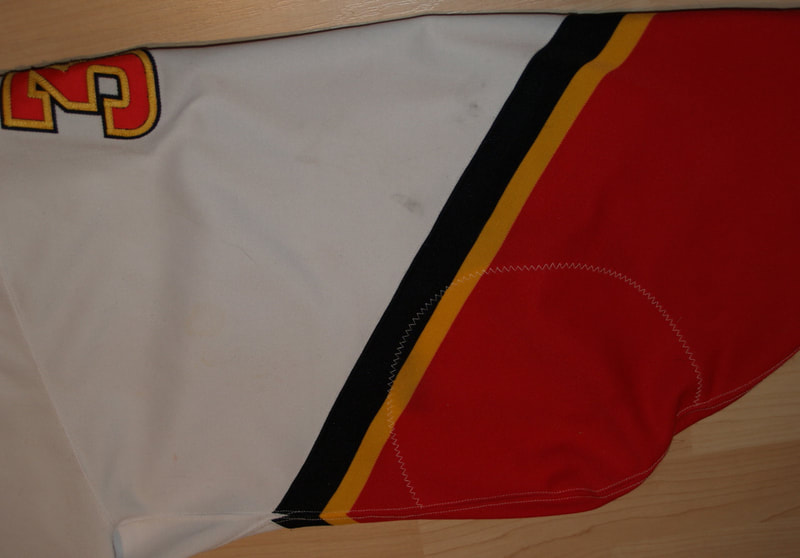 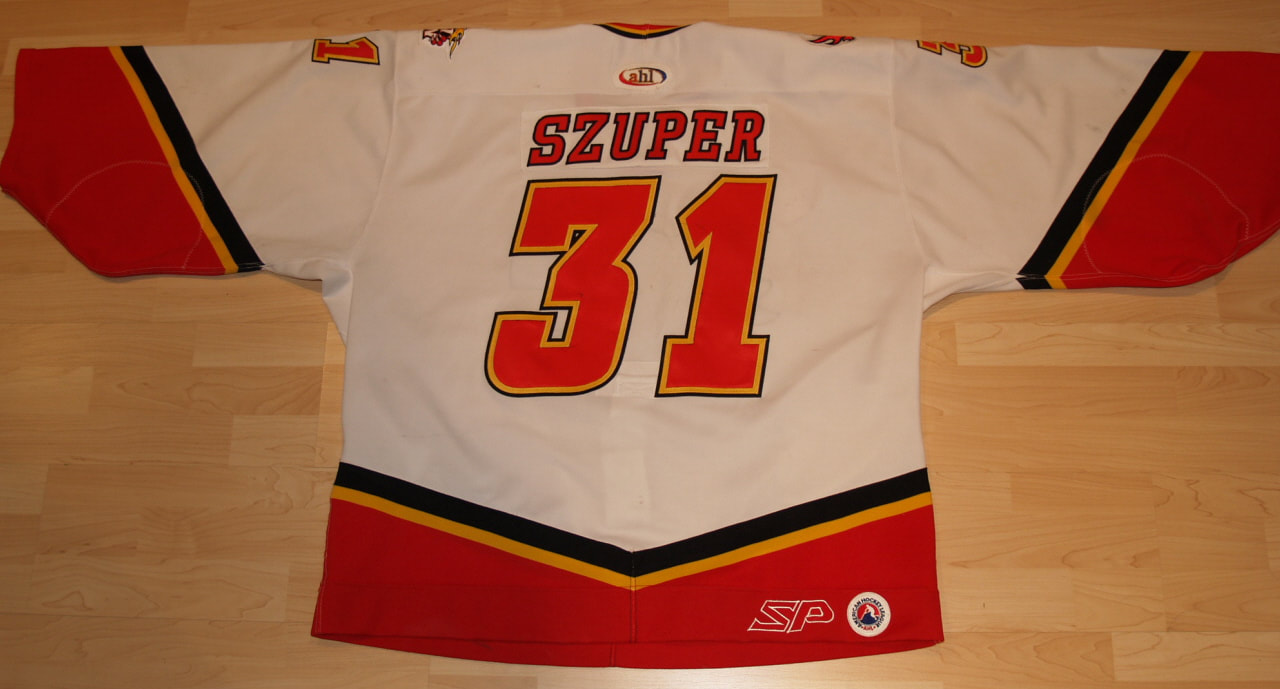 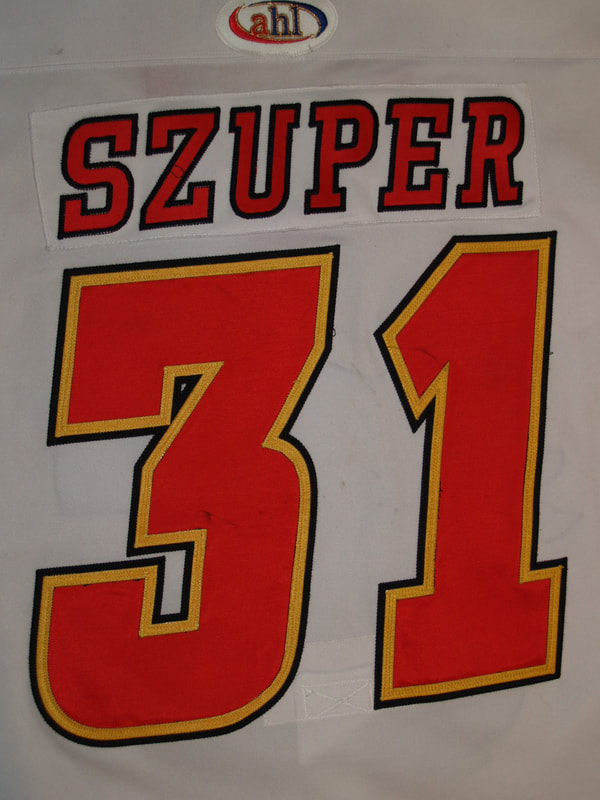 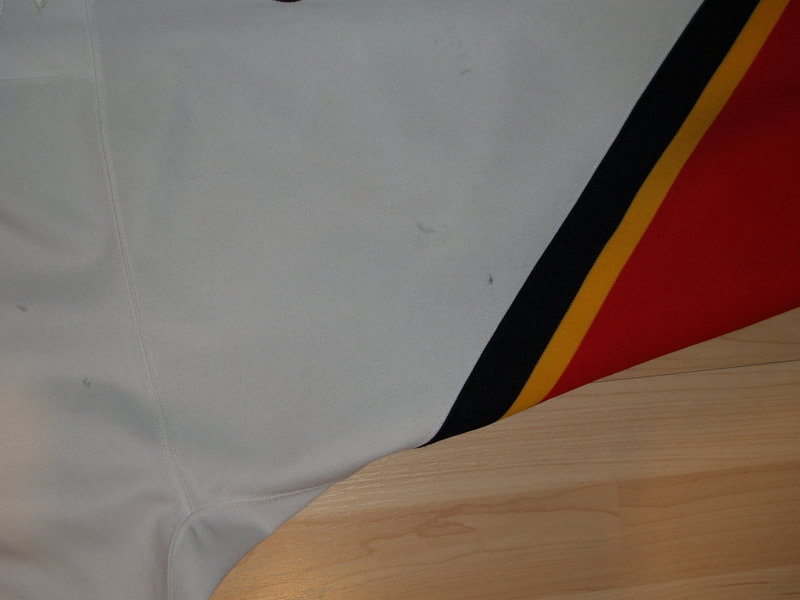 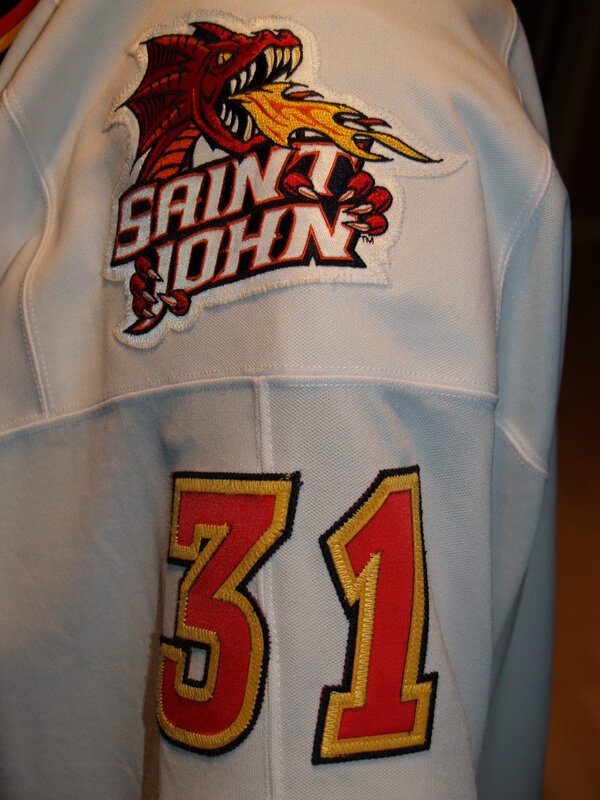