Born on July 7, 1974 in St. Bonaventure, Quebec, Patrick Lalime performed adequately on a very average Shawinigan Cataractes team in the QMJHL during juniors. This got Lalime drafted 156th overall by Pittsburgh in the 1993 NHL Draft. After finishing juniors in 1994, Lalime jumped into the world of pro hockey, splitting time with Cleveland in the IHL and Hampton Roads in the ECHL. Remaining with Cleveland the following year, Lalime's opportunity came in 1996-97, and he more than made an immediate impact. Debuting on November 16, 1996 for the Pittsburgh Penguins, Lalime relieved Ken Wregget and stopped 11 of 14 shots in the team's 8-3 loss. Lalime then went on a tear. He went 16 consecutive games to start his career without recording a single loss. His first loss came on January 23, 1997, in overtime no less. After his epic streak, Lalime got cold in February and after five straight losses, Lalime was no longer the number one. The following season, Lalime spent the year in the minors, eventually being traded to Anaheim. He remained in their minor league system for the season before being acquired by Ottawa in 1999. In Ottawa, he quickly established himself as a franchise goalie, posting 35+ wins twice in five seasons with the team, and five or more shutouts in four of the five years with the team. Additionally, he led the team to the playoffs in all but his first year with the squad, even getting his team to within one win of playing in the Stanley Cup Final back in 2003. Lalime was acquired by the St. Louis Blues in the 2004 off-season, however, due to the 2004-05 lockout, Lalime took a season off. In St. Louis he posted one of the weakest statistical years of his career. He appeared in only 31 games with the squad before being signed by Chicago the next year. There, he posted better numbers and lasted for two seasons as back-up to Nikolai Khabibulin. After the conclusion of the 2007-08 campaign, Lalime was then signed by the Buffalo Sabres. Over the next three seasons, Lalime appeared in progressively less games, going from 24, to 16, and then to 7 games before retiring at the conclusion of the 2010-11 season. He is currently an analyst with TVA Sports.

What you are looking at right now is a circa 2007 game used RBK catcher used by Patrick Lalime while a member of the Chicago Blackhawks. It features immense wear and highlights his warrior spirit. Due to the lacing of the glove being white instead of black like in 2006-07, the glove points to being used in the 2007-08 season, despite the former gamewornauctions listing indicating the contrary.

Acquired from: Mike Hogan of Ice Violence, originally from gamewornauctions

Dates of Game Use: Not known at this time 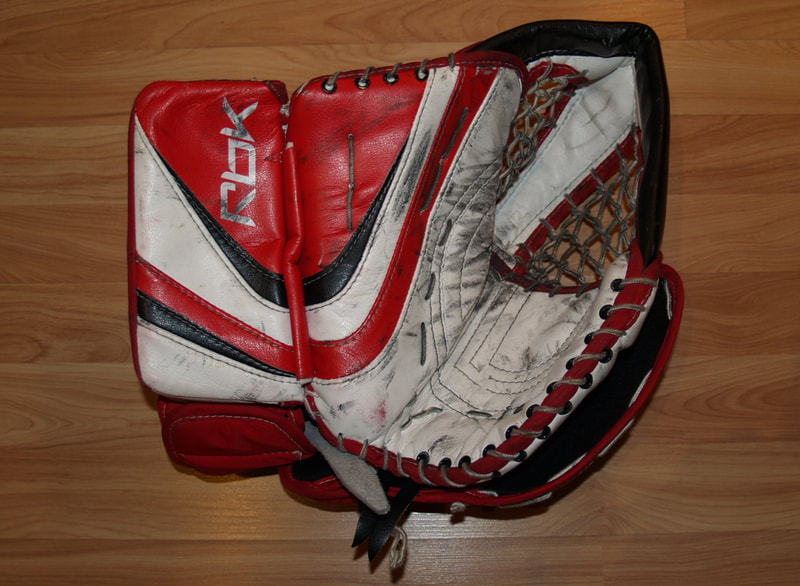 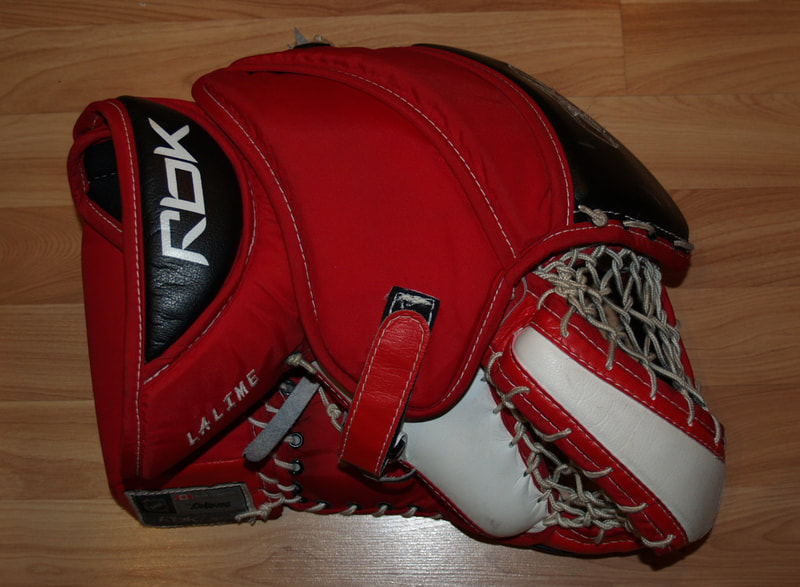 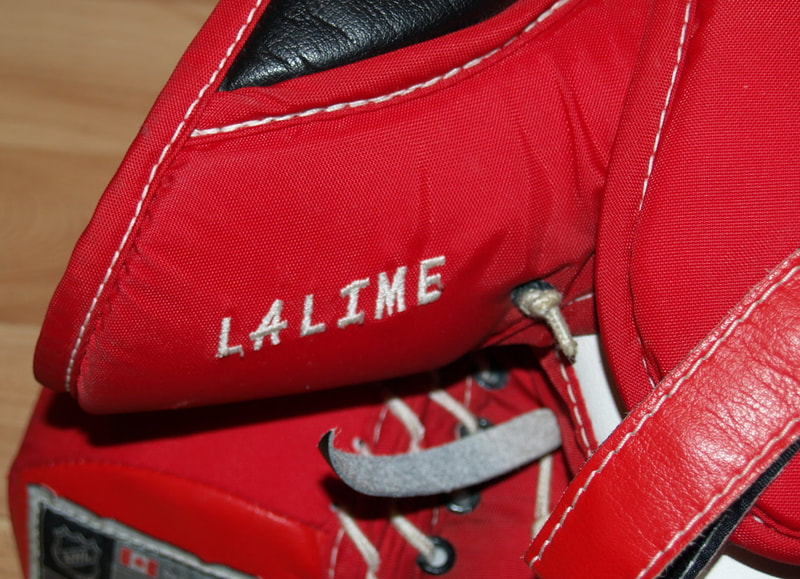