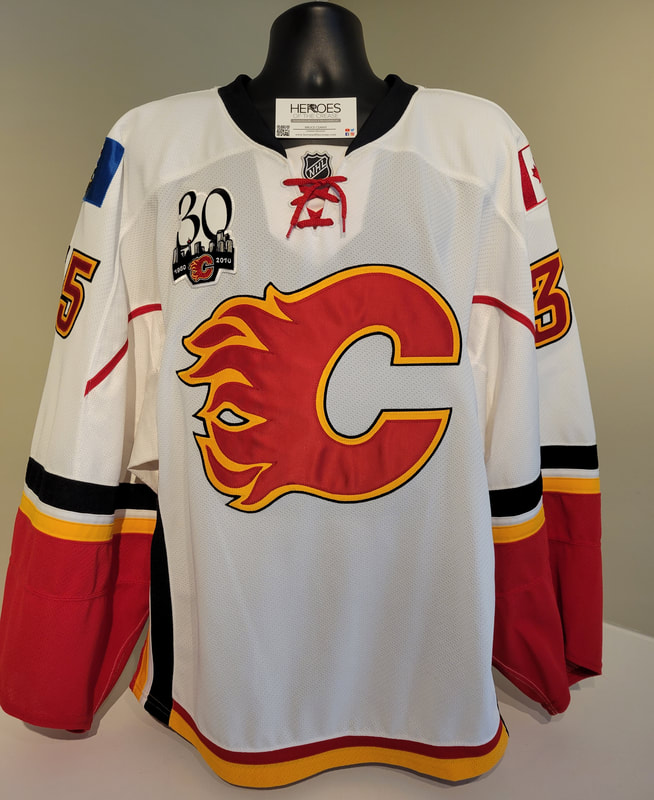 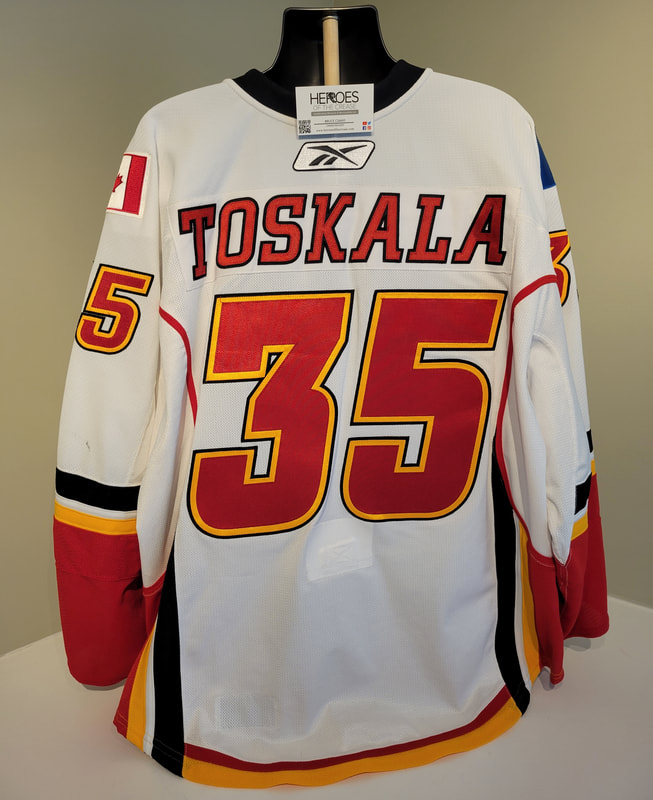 Vesa Toskala, born May 20, 1977 in Tampere, Finland, had one of those love-hate NHL careers. Praised by Johnny Bower, Toskala had many an up and down in his career. Drafted 90th overall in the 1995 draft by San Jose, it was not until the 2001-02 season that North America first saw Toskala in the NHL. He played six seasons for his draft team from 2001-02 until 2006-07, being an instrumental part of a decent playoff run in 2006 that saw his team get crushed by an unexpectedly powerhouse Oilers opponent. After the Sharks, he went on to become the starter for the Toronto Maple Leafs from 2007-08 to 2009-10. There, he experienced some of the highs and lows of his career. Recording 62 wins in his three seasons, including a career high 33 in 2007-08 more than showed he could be a starter in the league, however, lows such as a 197 foot goal that he surrendered on March 18, 2008 continually tainted his reputation in Toronto. Eventually traded to Calgary in 2009-10, he finished off his career with six final appearances with the Flames. Despite the mixed opinions many have had towards Toskala, he put up quite respectable numbers in the big-league. In 266 games for the Sharks, Maple Leafs, and Flames, Toskala recorded a 126-82-5-25 record with 13 shutouts, a 2.76 GAA, and a 0.902% save average. Toskala played an additional two seasons in Europe before retiring from play.

This piece is a 2009-10 Calgary Flames Set 3 Road jersey worn in each of Toskala's final three NHL games. The first game in which he wore this jersey was on March 21, 2010 against the Minnesota Wild. 23 minutes into the game, he was replaced by Miikka Kiprusoff after giving up 3 goals on 12 shots in an eventual 4-3 loss. The next time he appeared in this sweater was on March 27, 2010 against the Boston Bruins. After replacing Kiprusoff, and playing 14 minutes of the game, Toskala held the fort and stopped all six shots he faced in the team's 5-0 loss. The final NHL game in which he ever played was on April 10, 2010. After replacing Kiprusoff against the Canucks, Toskala stopped seven of the eight shots that he faced in an eventual 7-3 loss. 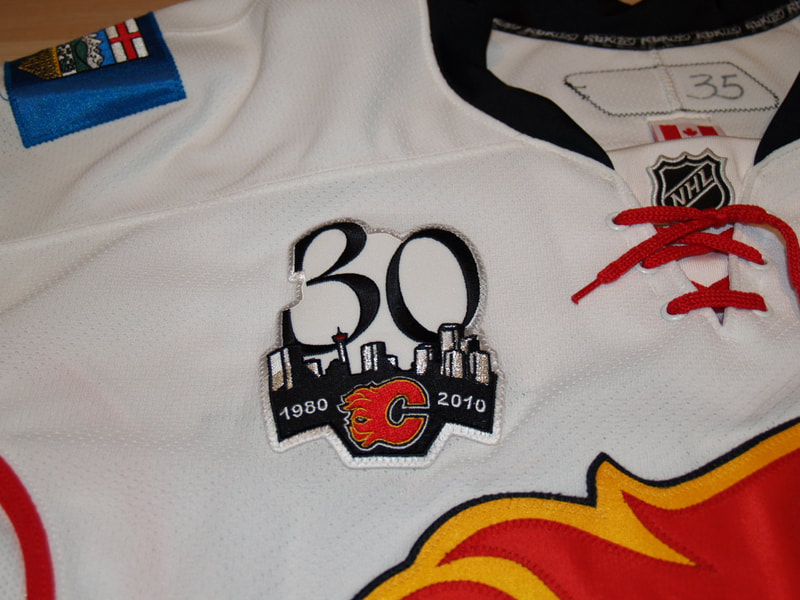 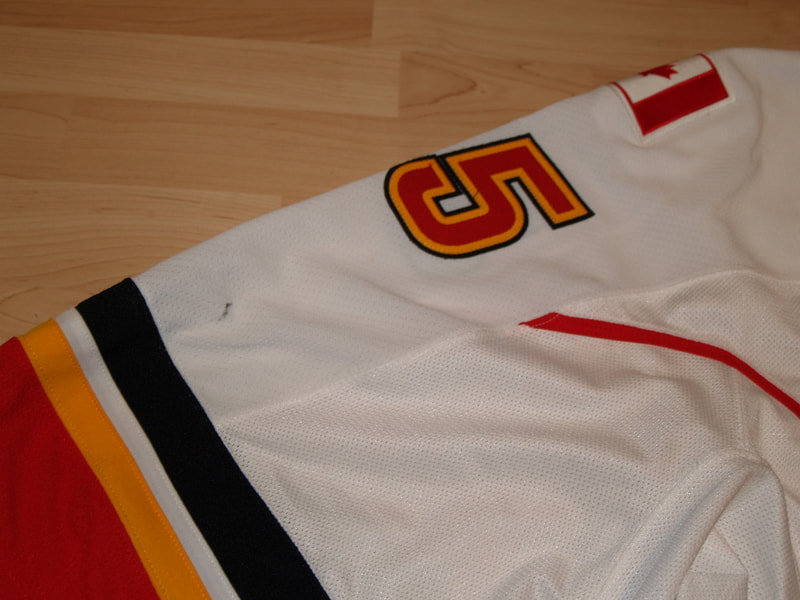 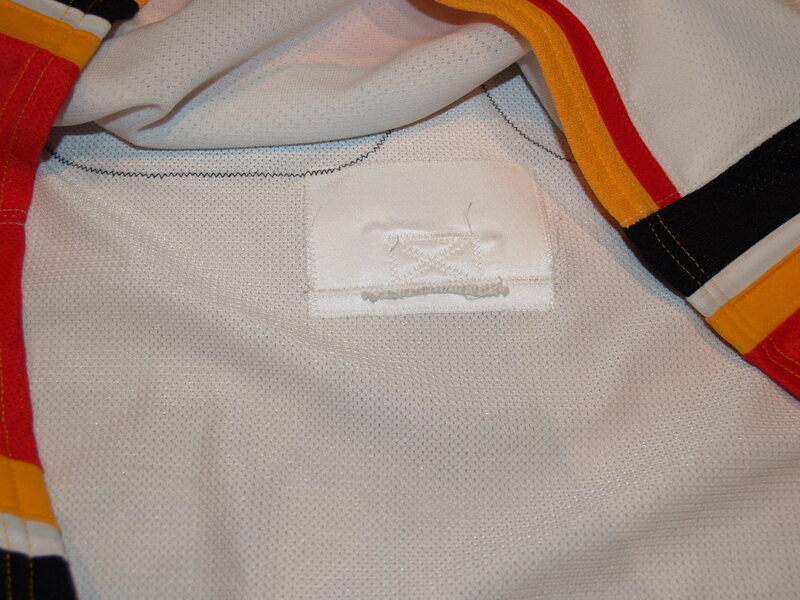