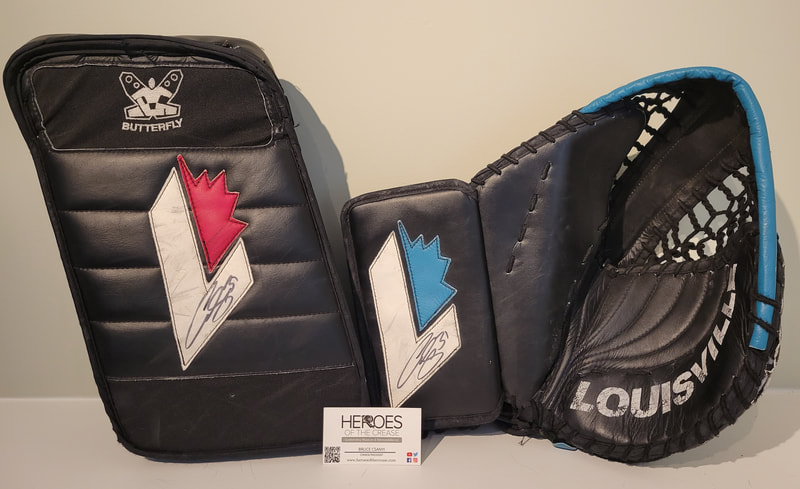 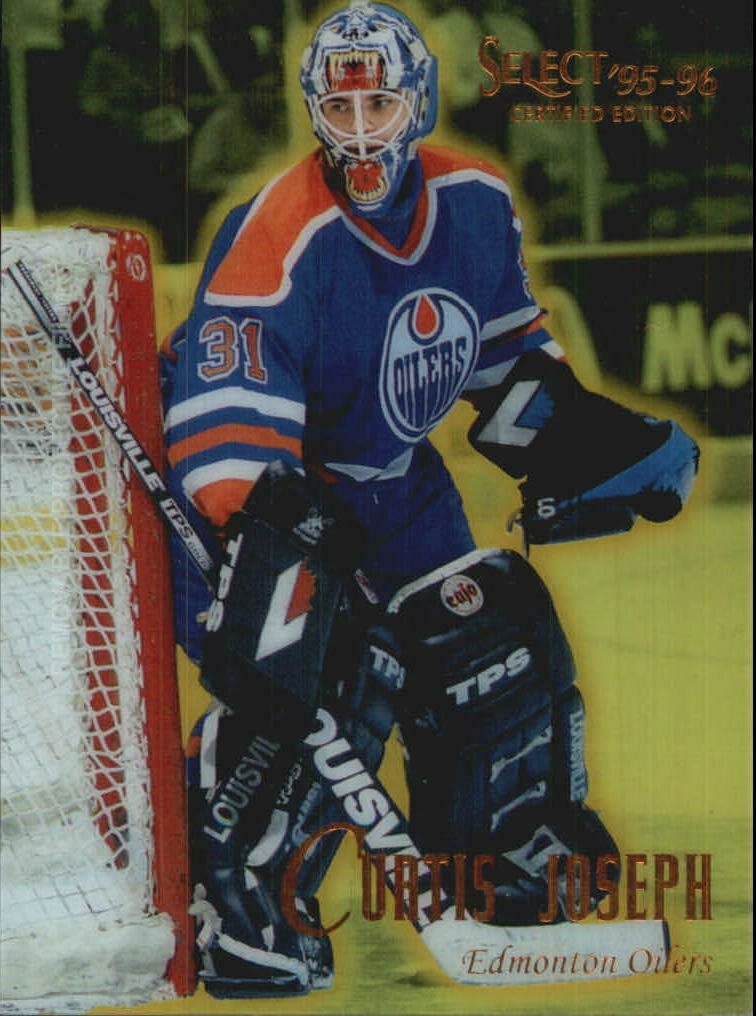 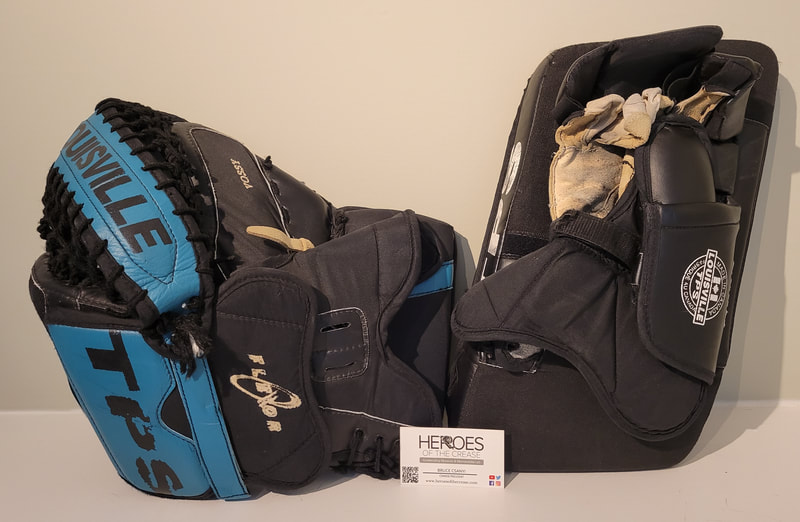 Born April 29, 1967 in Keswick, Ontario, Curtis Shayne Joseph was an undrafted goaltender who played in various junior leagues before being signed by the St. Louis Blues in 1989. CuJo made his NHL debut on January 2, 1990 in a 6-4 defeat against Edmonton and he never looked back. He quickly attained starter status in St. Louis before being acquired by Edmonton in 1995. Joseph started out the season in Las Vegas of the IHL before he was called up to the club to replace Bill Ranford who had been traded away. He remained as a starter with Edmonton until the end of the 1997-98 season. CuJo was then acquired by the Maple Leafs where he remained for four seasons before hitting Detroit in 2003-04. He became the starter for Phoenix between 2005-2007 and eventually closed out his career with short backup stints with Calgary in 2007-08 and Toronto in 2008-09. Truly one of the greats of the game, he put up unbelievable numbers, yet was never able to win the Stanley Cup, nor any other NHL trophy besides the King Clancy Memorial Trophy in 1999-00.

What you are looking at now is a glove and blocker set used by Curtis Joseph during his IHL stint with the Las Vegas Thunder and also during his first few games with the Edmonton Oilers. The glove is an interesting piece as it is bares the name "Vossy", which was the name of the representative for Louisville goalie gear at the time. It was likely a demo glove that CuJo was using in game action and liked it so much that he kept it as it is photomatched to both IHL and NHL use. Truly an interesting, and unusual piece for this great goalie.

Dates of game use: All IHL/Up to 11 games to start off his Oilers tenure 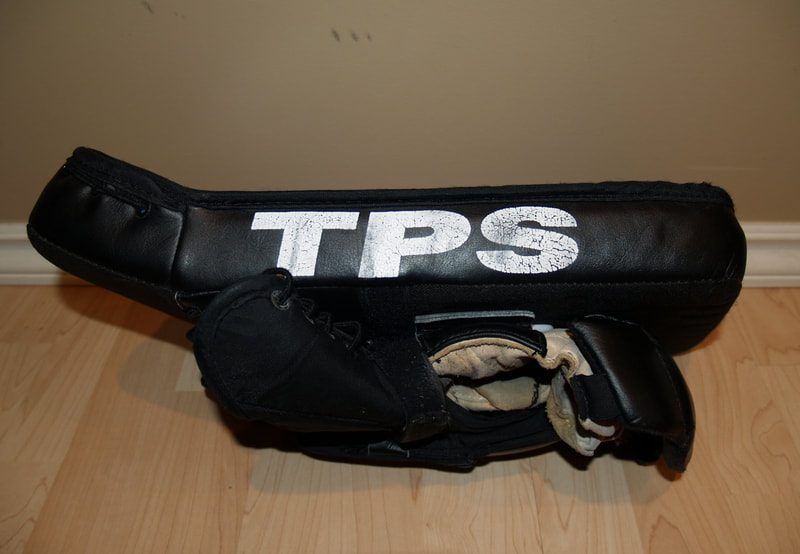 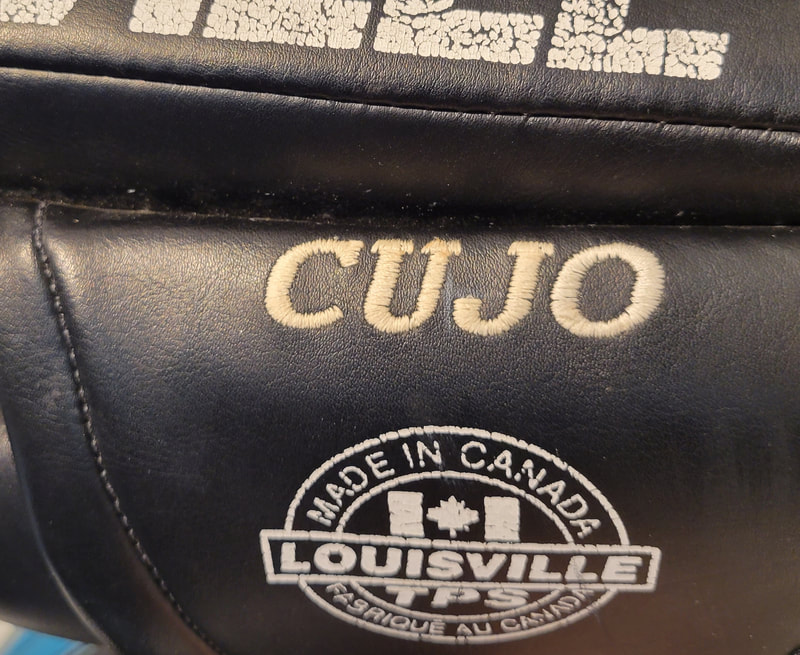 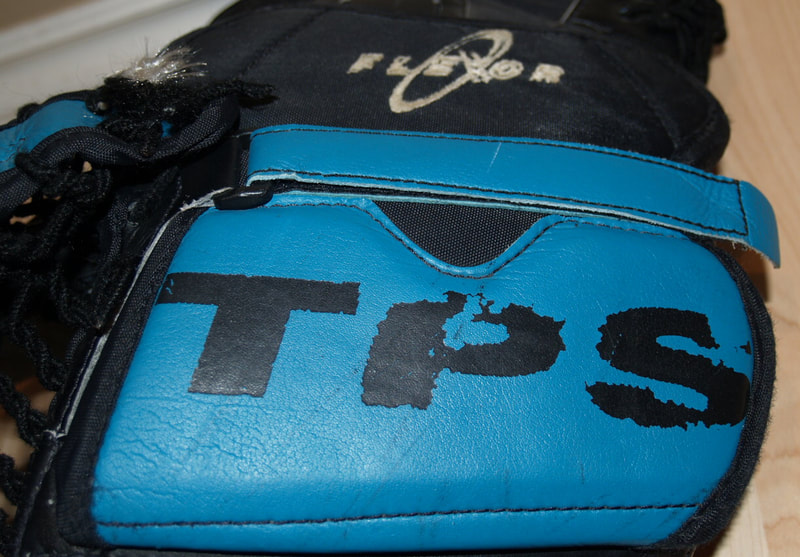 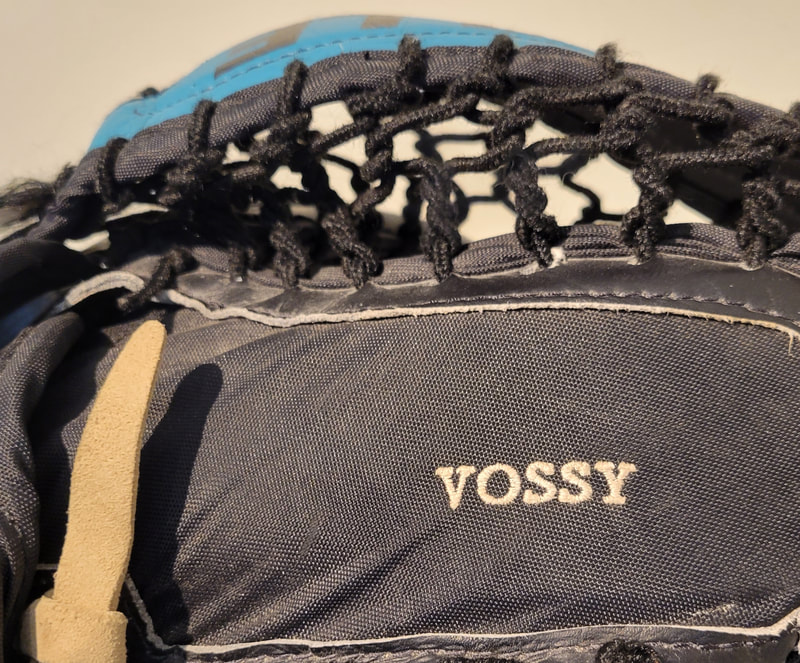 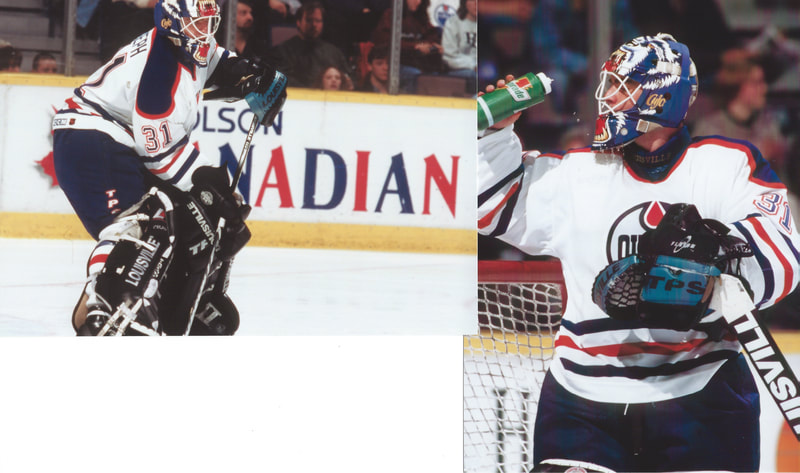 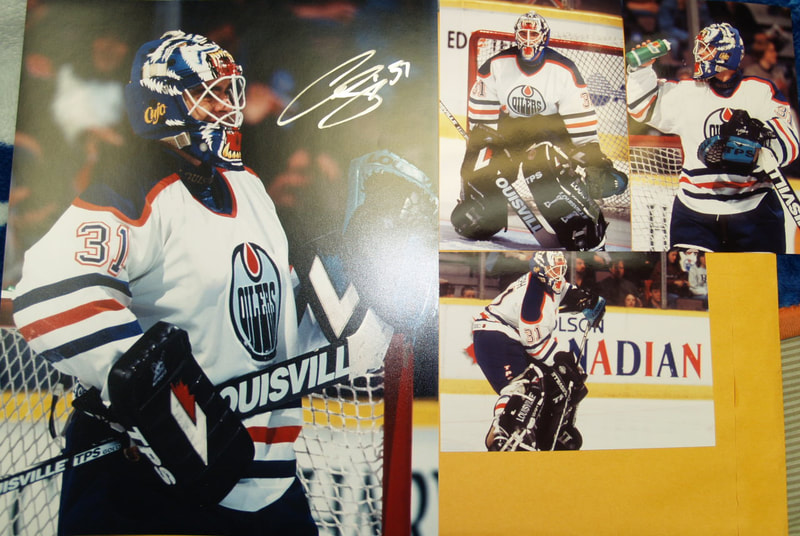