Born on October 2, 1974 in Belleville, Ontario, Norm Maracle was a standout goalie for the Saskatoon Blades in the WHL! A goalie of indigenous background (Mohawk from Tyendinaga Mohawk Territory), he was drafted 126th overall by the Detroit Red Wings in 1993. Prior to turning pro, he won the Del Wilson Trophy as the WHL Goalie of the Year in 1994 and he also helped lead the Blades to within a game of competing for the Memorial Cup that same year. He transitioned to the pro ranks in 1994-95 with the Adirondack Red Wings. After three excellent seasons with them and nearly complete with a fourth, he finally got his NHL recall in March of 1998. Then, the moment happened. After Chris Osgood allowed 6 goals on 28 shots against the Philadelphia Flyers on March 14, 1998, in went Maracle for nearly 16 minutes of action. He stopped both shots he faced. He made his first start three days later, and he stopped 28 of 31 shots in a 4-3 win. By being a part of the team, he was included in the Stanley Cup winning photo and he also received a Cup ring for the team's victory. Next year, Maracle alternated between being the back-up and third-string with Detroit, appearing in 16 games, recording 6 wins and a 0.918% save average.

Next year, he was claimed by the Atlanta Thrashers in the expansion draft and in 1999-00, he got into 32 games of action. He appeared in 13 more the next year, and finally, he played his last NHL game for the Thrashers on November 10, 2001. He went to Europe in 2003 and spent nine seasons overseas, playing for clubs in Russia, Germany, and Slovenia. He retired from play in 2012.

What you are looking at right now is a Saskatoon Blades jersey worn by Norm Maracle. The wear is excellent and includes puck marks, stick marks, unrepaired holes, rust in the fight strap, the clear outline of the team's 1992-93 patch that had been removed, and evidence of FIVE former nameplates of various sizes on the jersey. As the team went with a different style logo and jersey from 1994-95 on, the only other goalie to my knowledge that wore #35 while this style of jersey was active in game action with the Blades prior to Maracle was Trevor Robins, with Devon Hanson also wearing the number in promotional photos in 1993-94. The jersey could well have been recycled even earlier, used for pre-season/training camps/photos later and other goalies may have worn #35 in the interim. The mysteries are some of the best parts about these older eras of jerseys.

Dates of Game Use:
Exact dates not known. 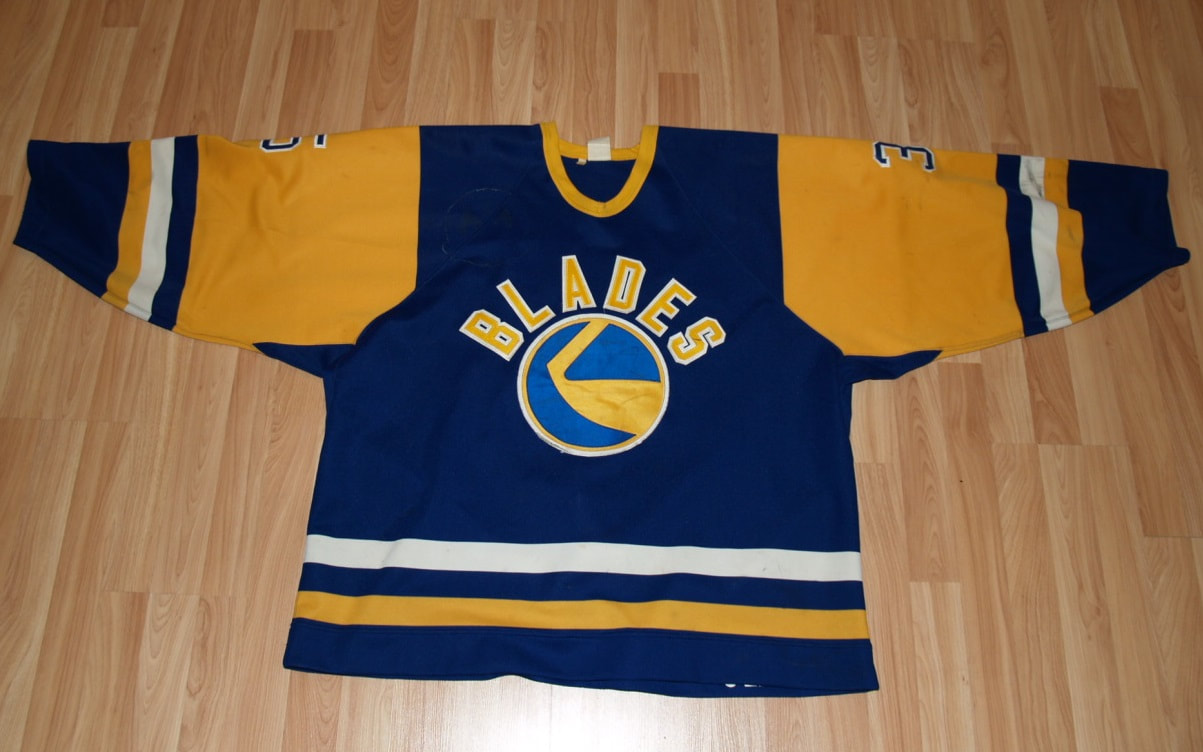 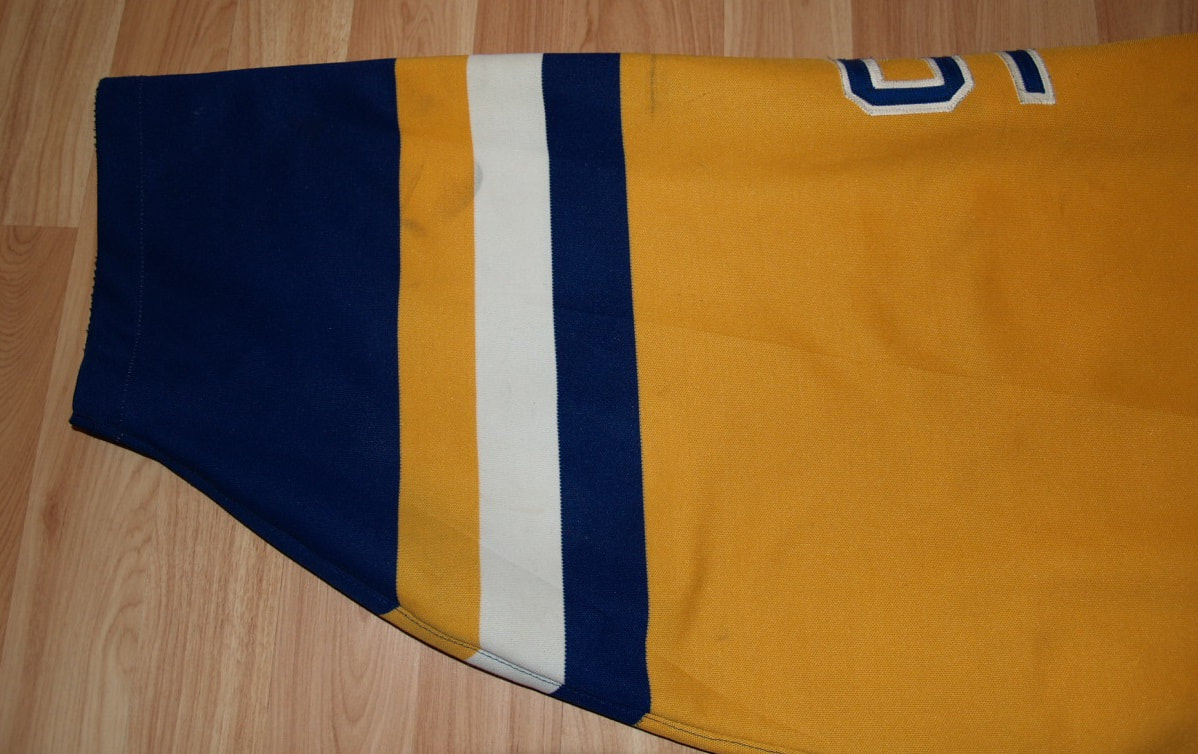 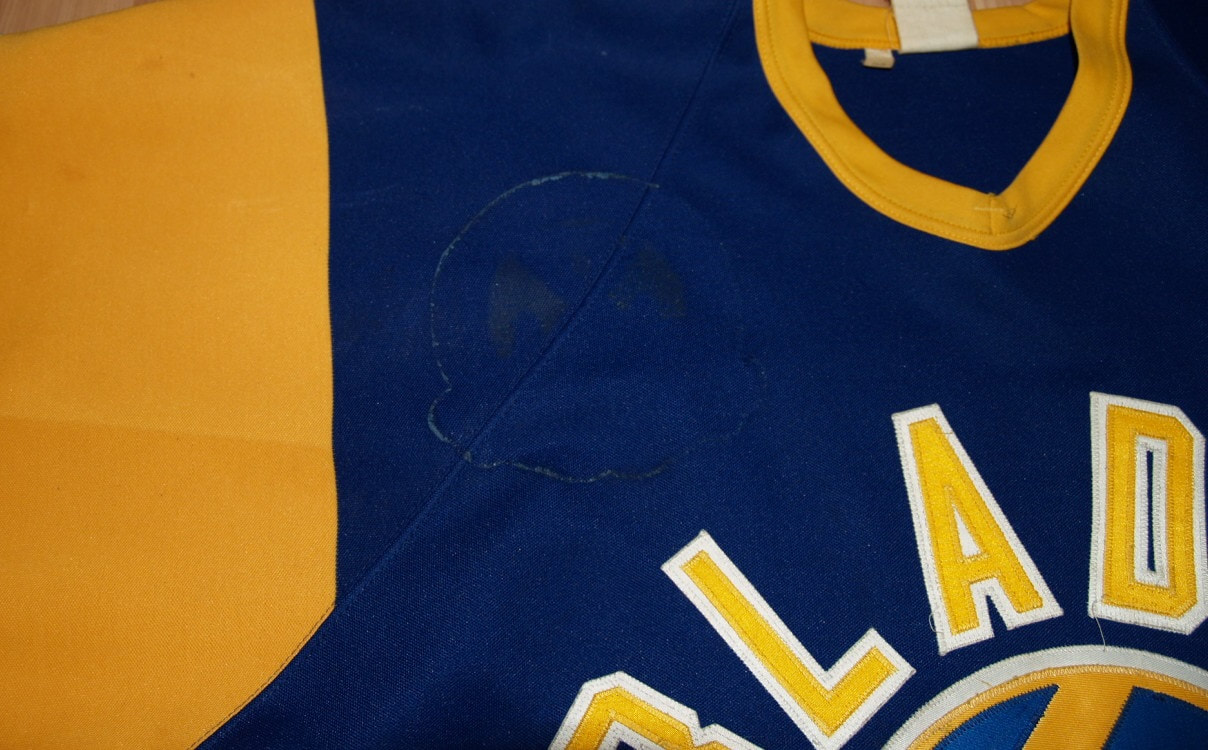 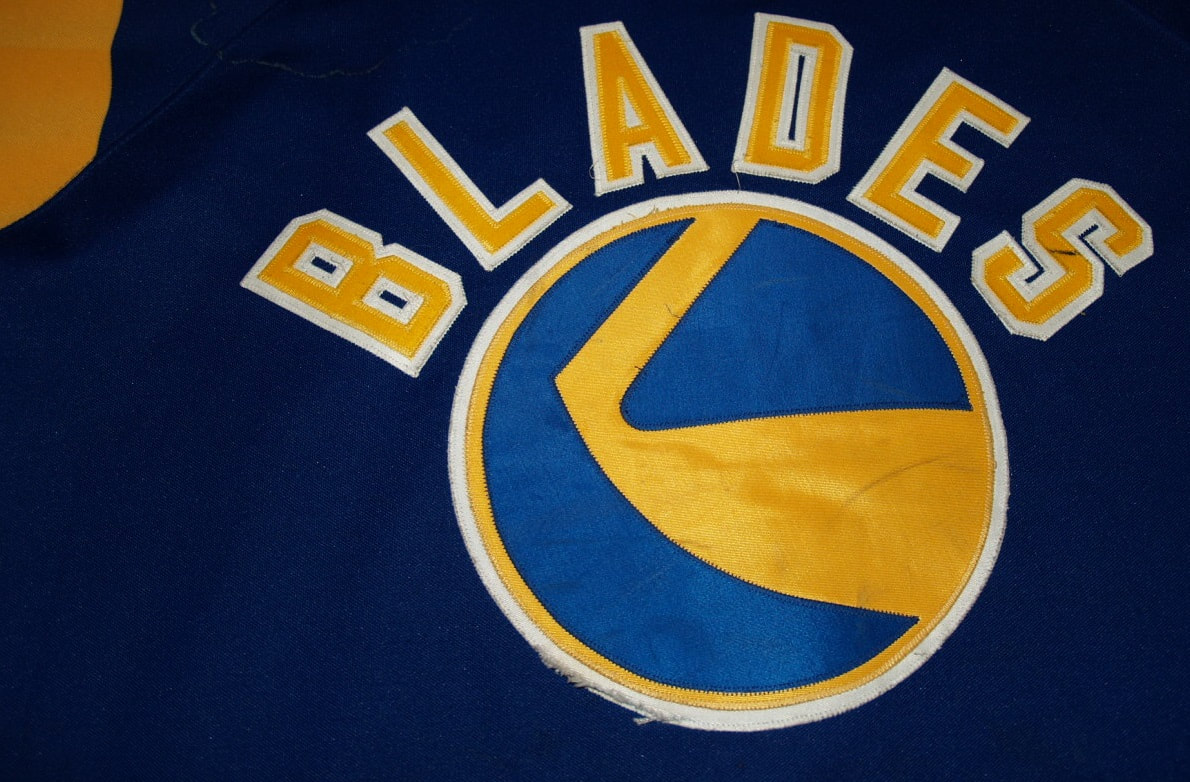 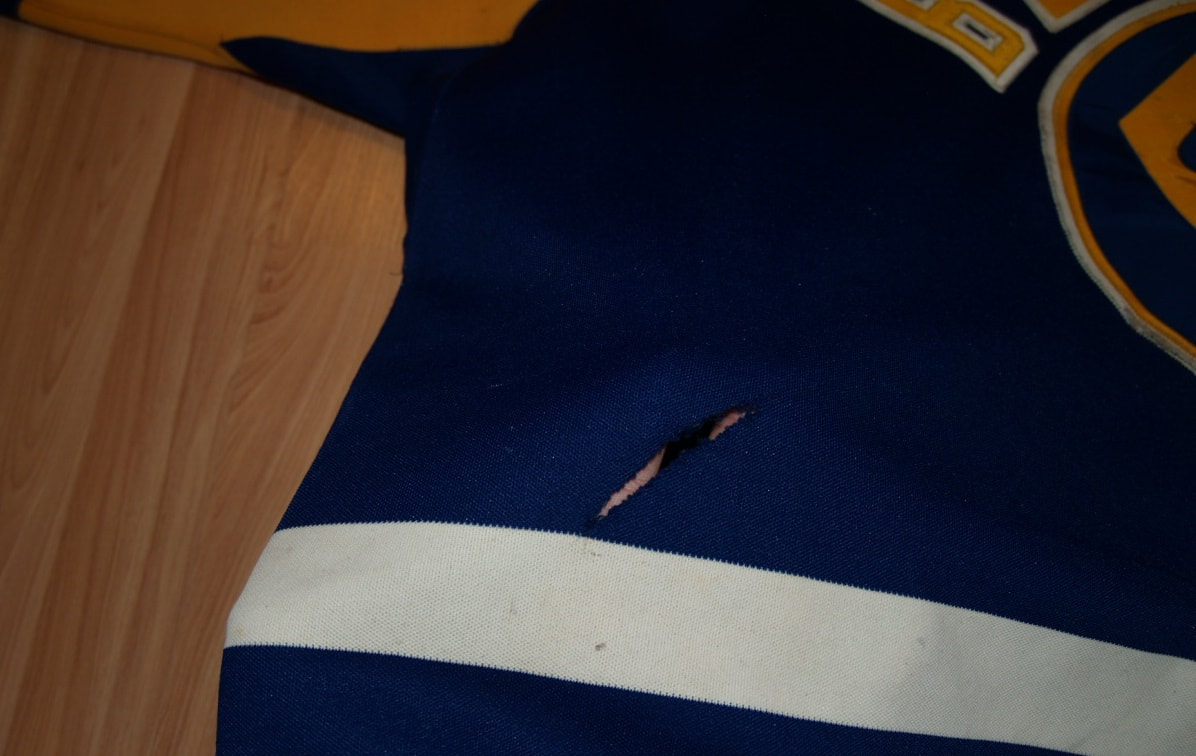 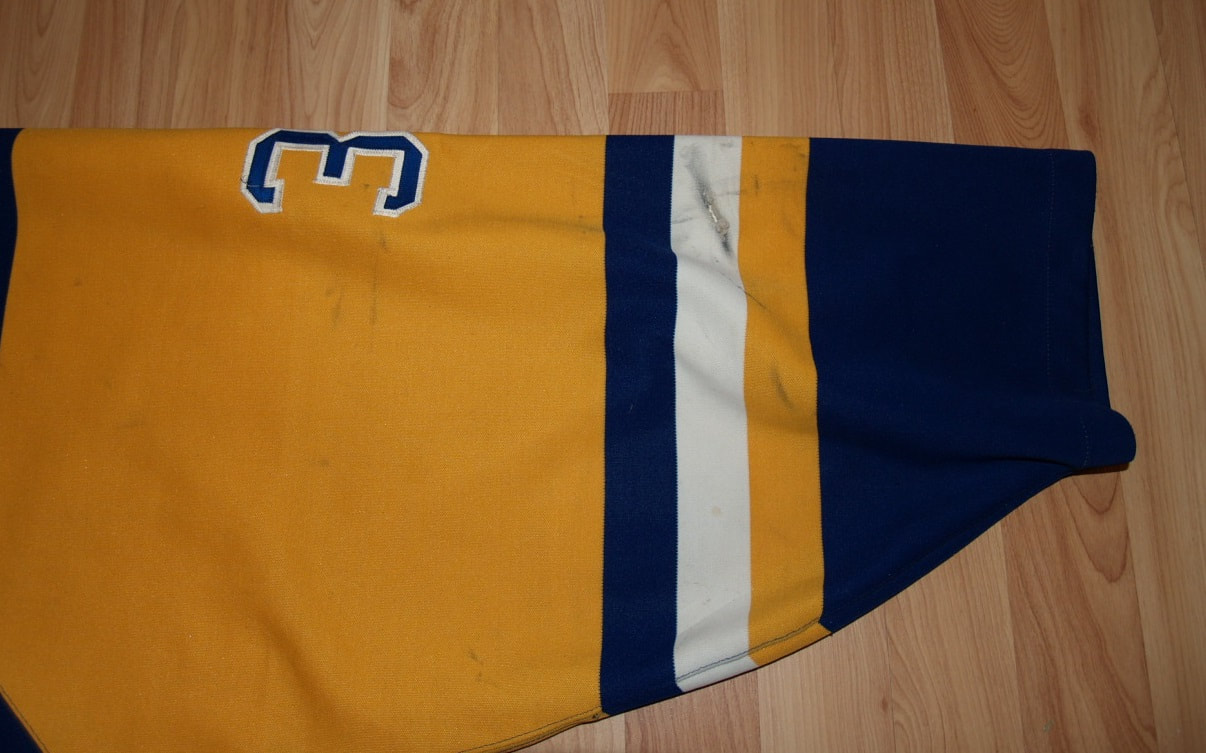 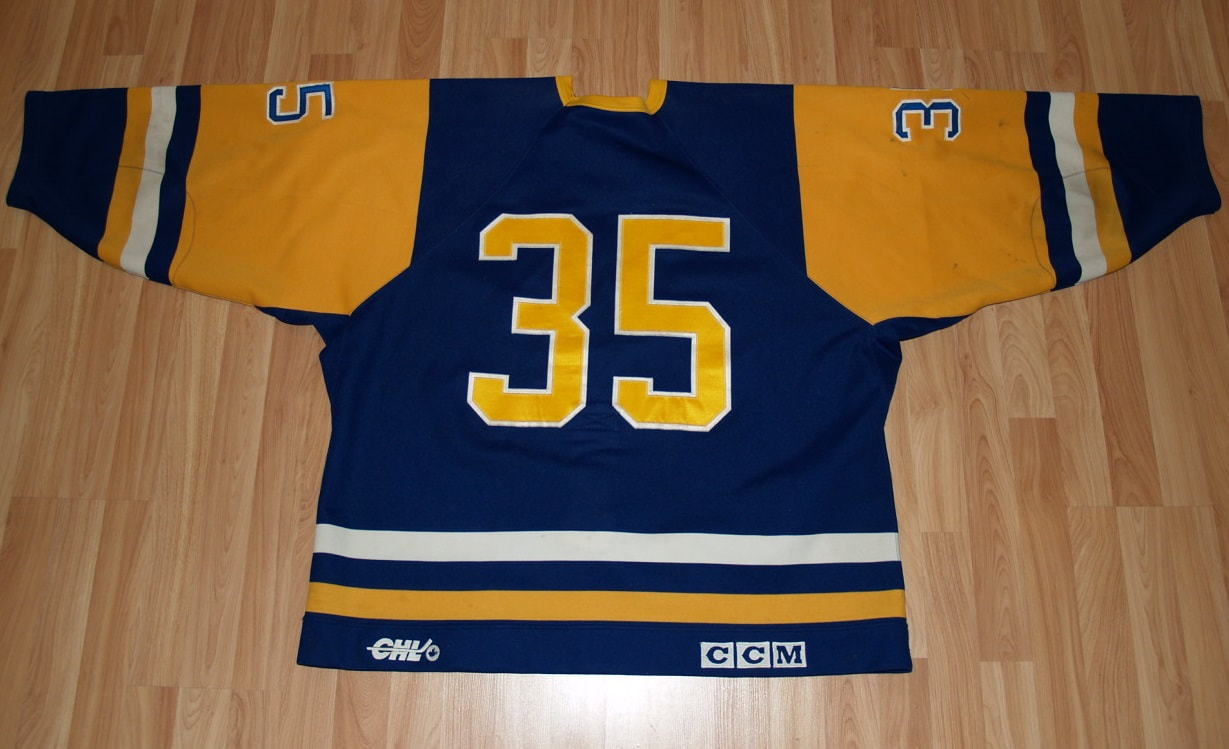 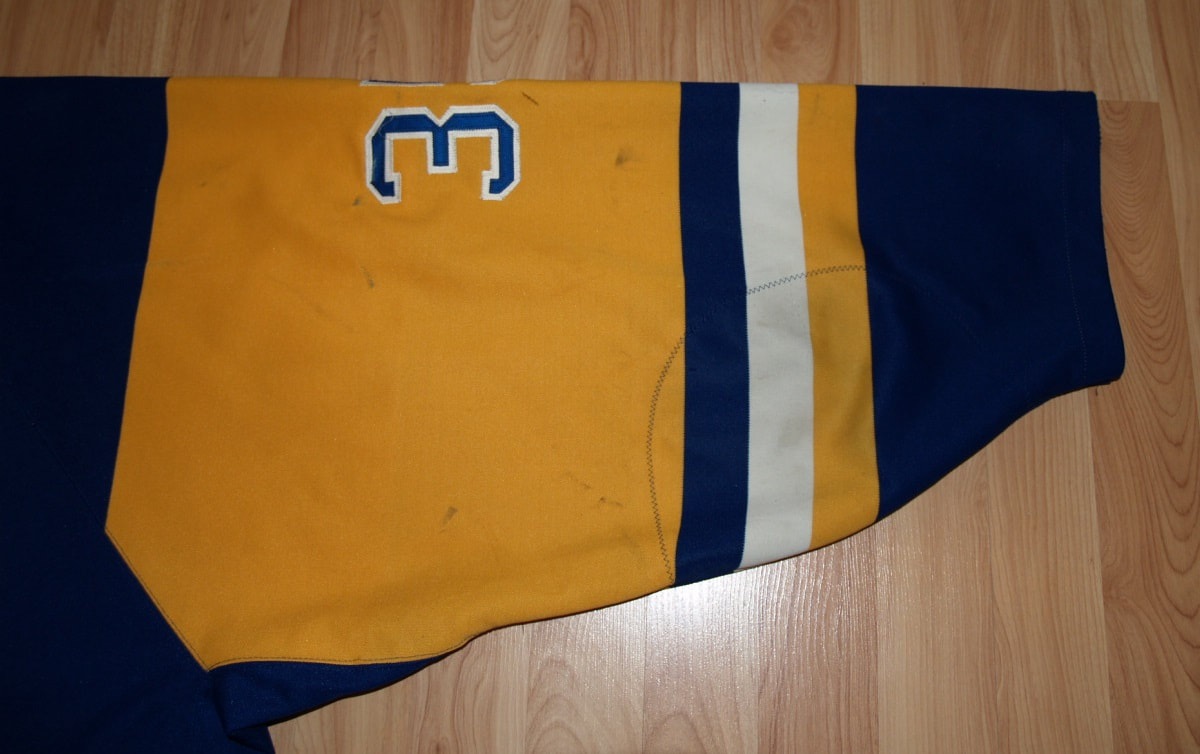 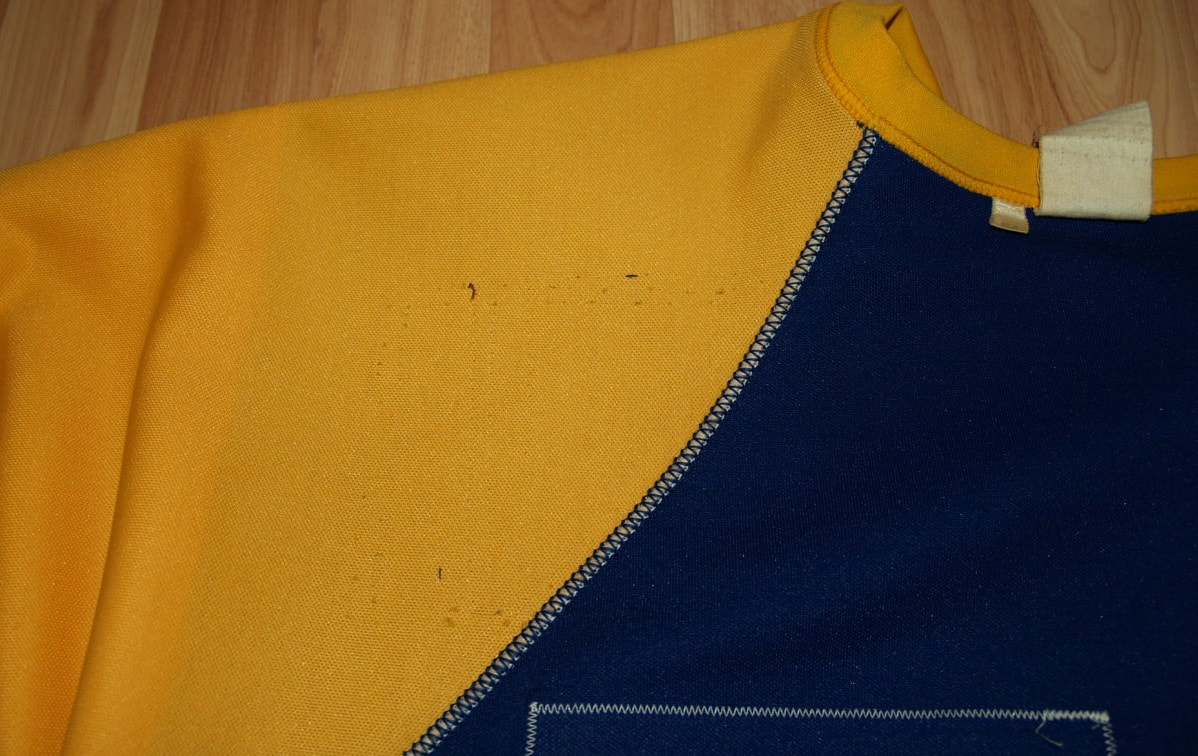 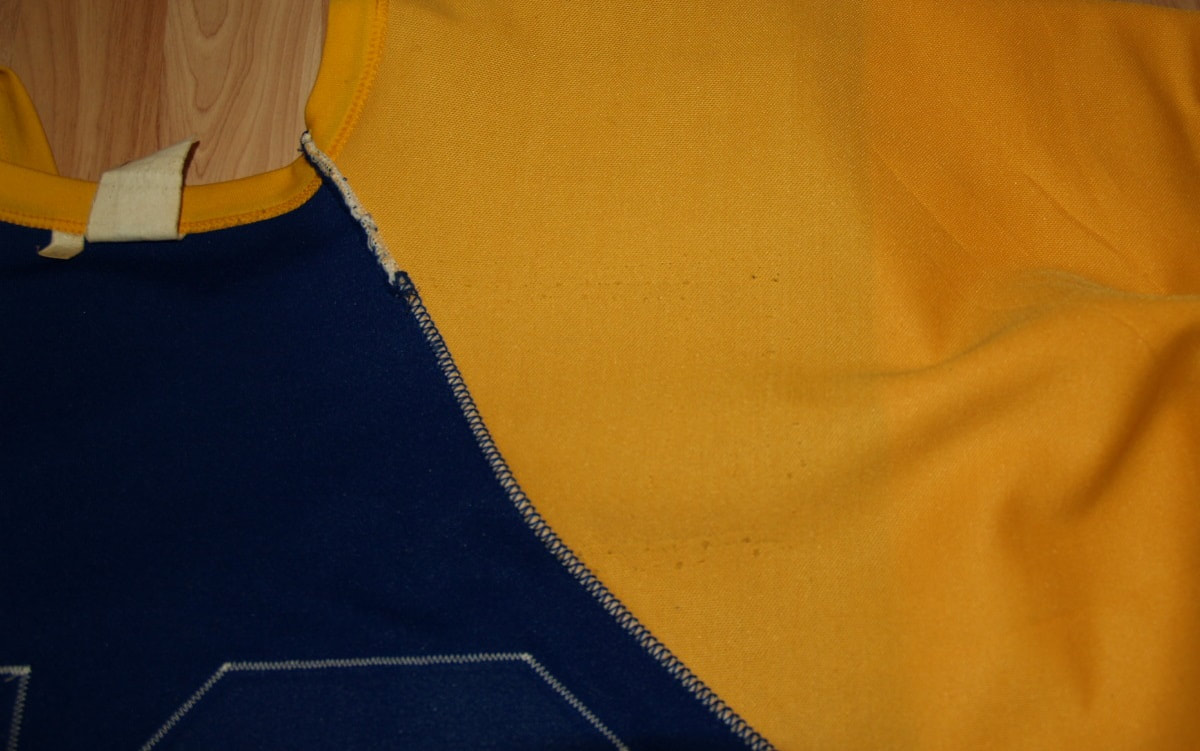 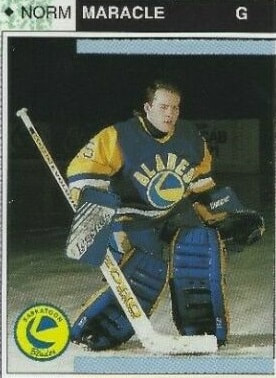