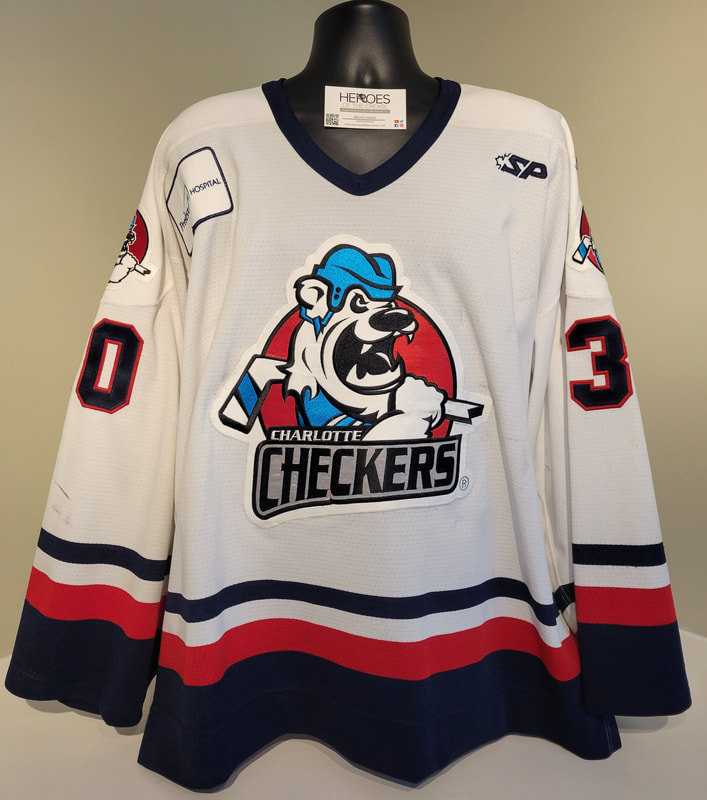 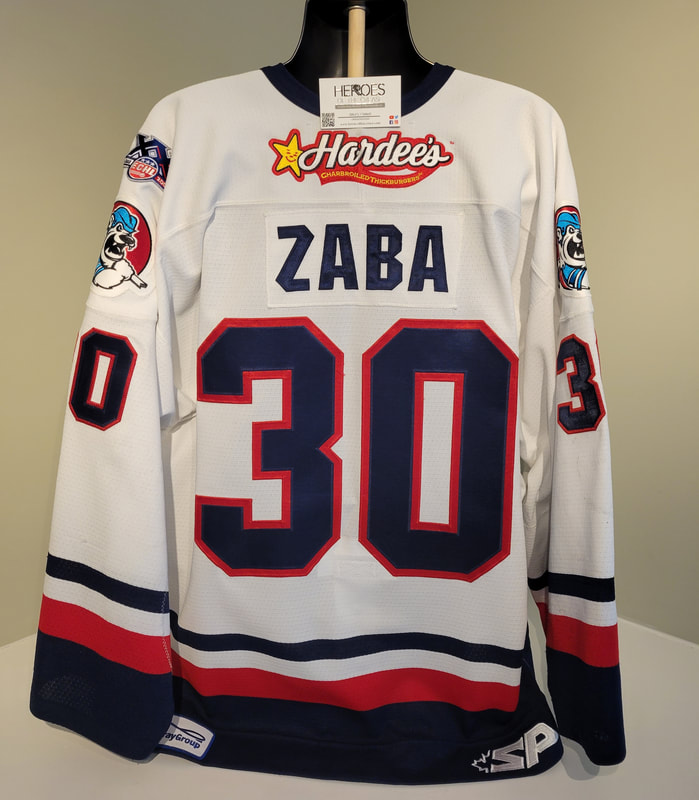 Born on July 14, 1983, in Yorkton, Saskatchewan, Matt Zaba was a young goalie playing with Vernon in the BCHL when he was drafted 231st overall by the Los Angeles Kings in 2003. Instead of turning pro right away, Zaba went to college and played four years with Colorado College in the NCAA. In 2007, Zaba was signed as a free agent by the New York Rangers and turned pro that season. He spent the year with Charlotte and Idaho in the ECHL, then graduated to become the starter of the Hartford Wolf Pack in 2008-09. In 2009-10, he spent the majority of the season in the minors once again, though got the call in January 2010 to dress as the backup to Henrik Lundqvist. After three games backing up, Zaba got his chance on January 23, 2010. After Lundqvist allowed 4 goals on 15 shots to Montreal, in went Zaba for the final 33 minutes of the game. Zaba stopped 14 of 16 shots as the Rangers fell 6-0. Zaba dressed as an NHL backup three more times that season.

Next year, Zaba headed to Italy to play with HC Bolzano, where he boasted the league's Best GAA and Save Percentage. In his second year there, he again led the league with the Best GAA, and he also led his team to the championship victory. He then played three seasons with Vienna in Austria before retiring from play in 2015. After retiring, he took up coaching and he is currently the goalie coach of the Tri-City Storm in the USHL.

What you are looking at right now is a game worn 2007-08 Charlotte Checkers ECHL jersey that Matt Zaba utilized in his first professional season of hockey. He appeared in nine total games for the Checkers that season with this jersey seeing action in an uncertain (at this time) number of those games. It features solid wear including black marks, and paint transfer.

Acquired From: Michael Hogan of IceViolence 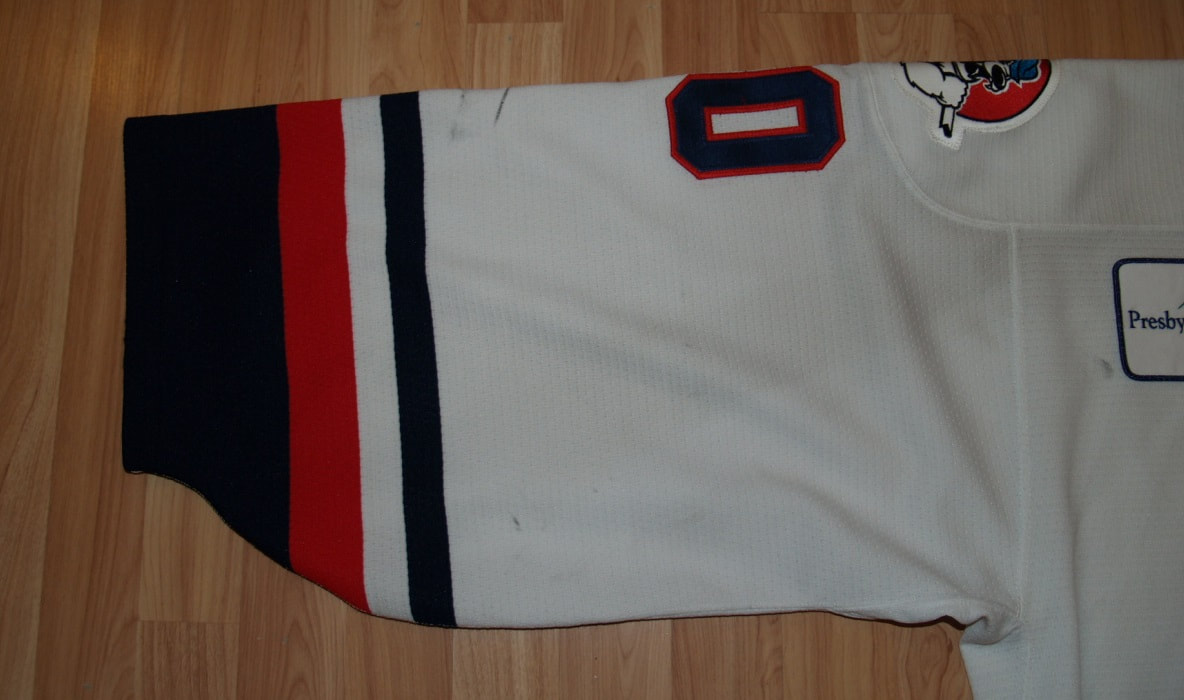 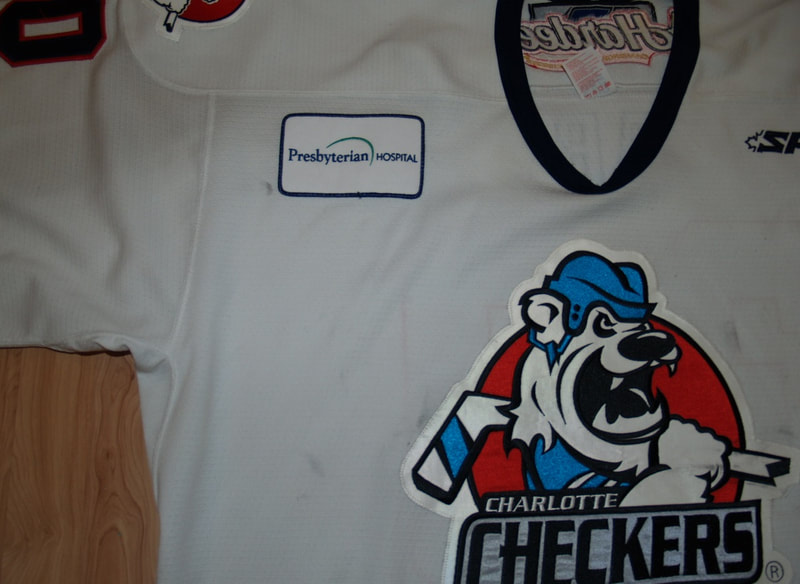 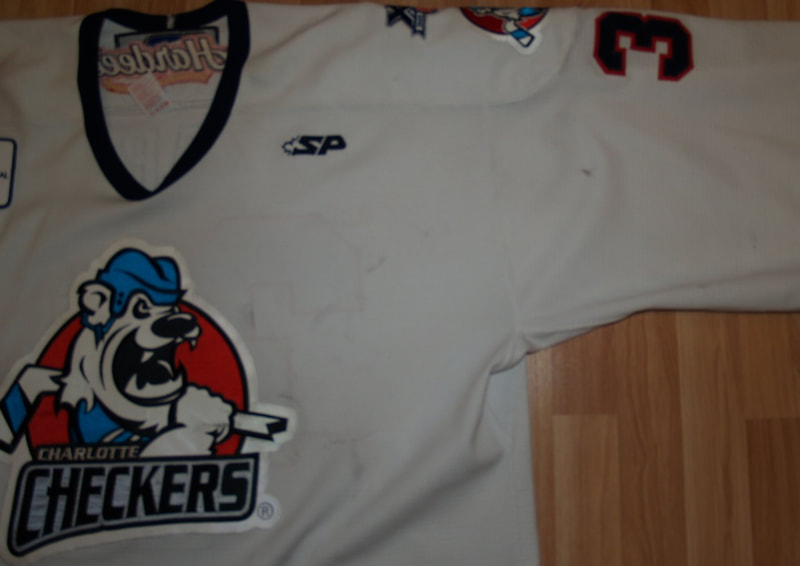 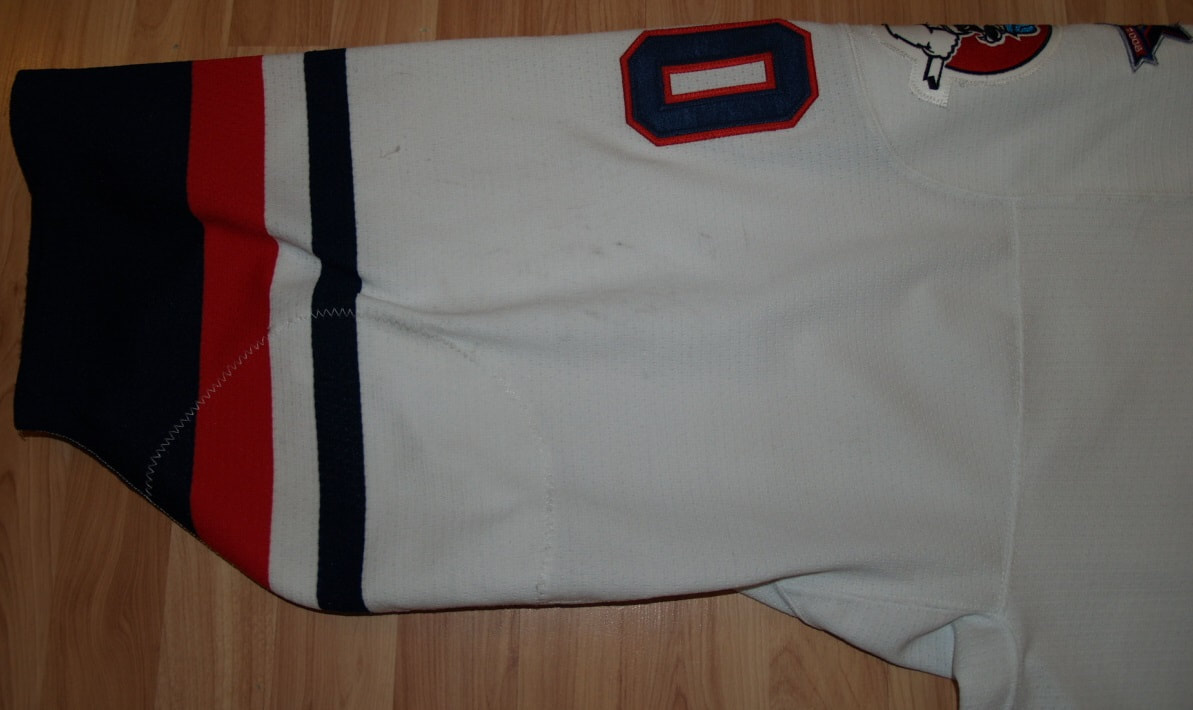 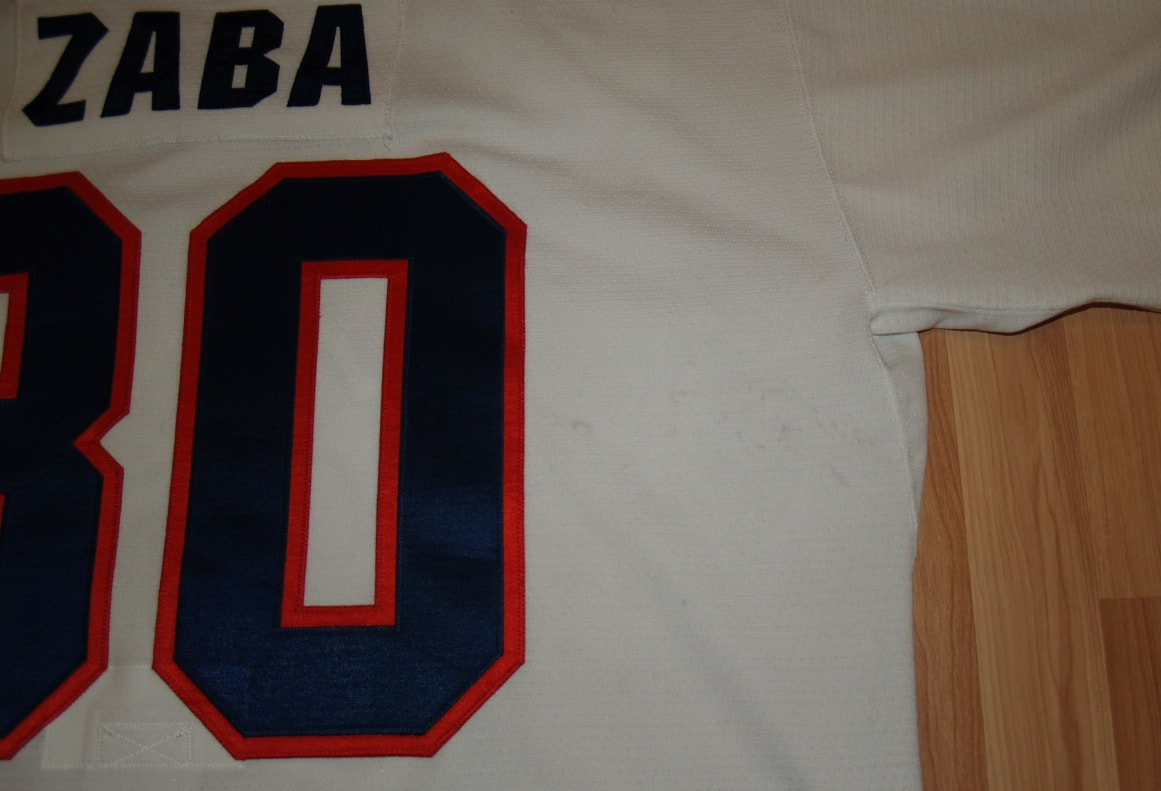 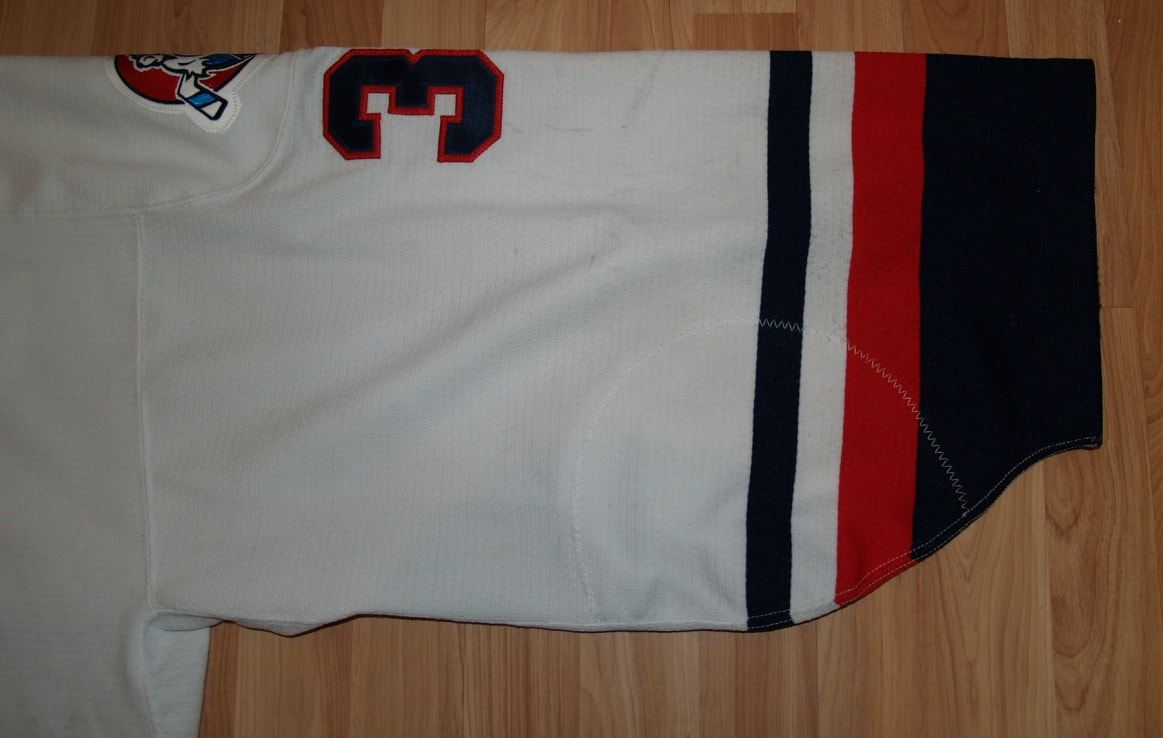