​Born on August 11, 1999 in Farmington Hills, Michigan, Cayden Primeau (son of Keith Primeau) was drafted 199th overall by the Montreal Canadiens in 2017. In 2019, he led team USA to the silver medal at the World Junior Championships. In 2019-20, after starting the season with the Laval Rocket in the AHL, he got his first NHL recall in December. On December 5, 2019, he was given the shot all goalies dream of. Starting in goal, he stopped 32 of 35 shots in a 3-2 loss to Colorado. He played one other excellent game that December, a game in which he recorded his first career win. In 2020-21, he was the dressed back up for all of April into the middle of May, getting into 4 more games of NHL action. Still under contract with the Habs, he is touted to become a future starting NHL goaltender, but only time will tell!

As his career in pro hockey only began recently, his career stats will not be posted at this time.

What you are looking at right now is a game worn Bauer 2X Pro glove used by Primeau throughout the 2019-20 season with both the Laval Rocket and Montreal Canadiens including his NHL debut and first NHL win. It is photomatched to several of his rookie cards and many Getty images. The wear is comprised of black marks, red marks, and a nice skate slice. 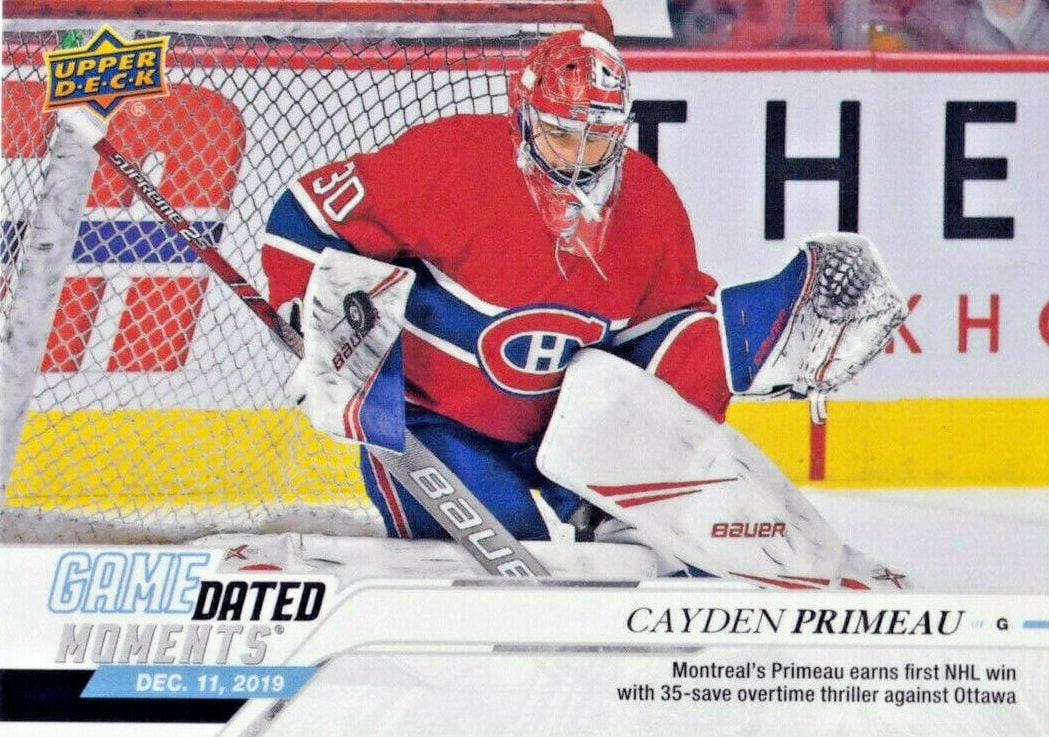