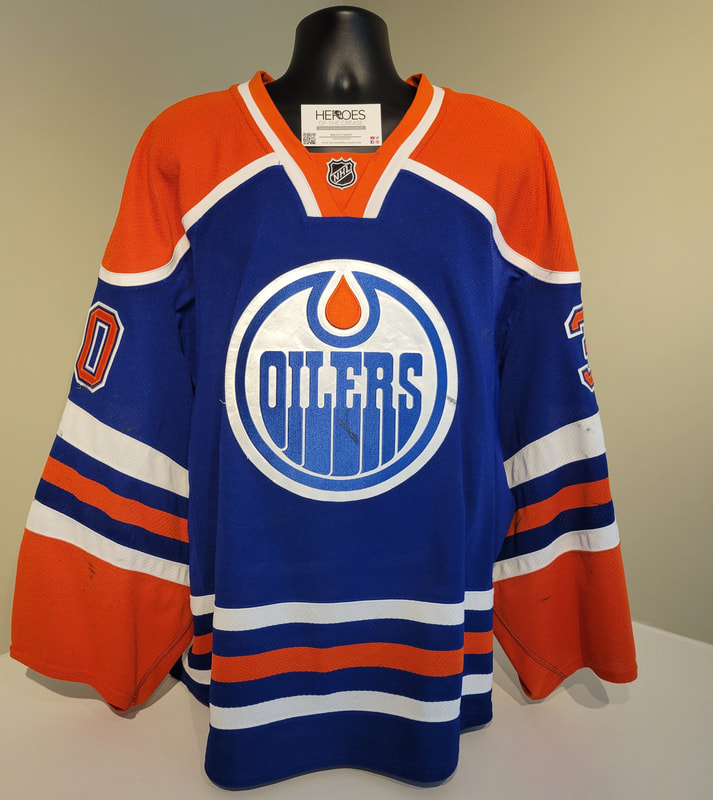 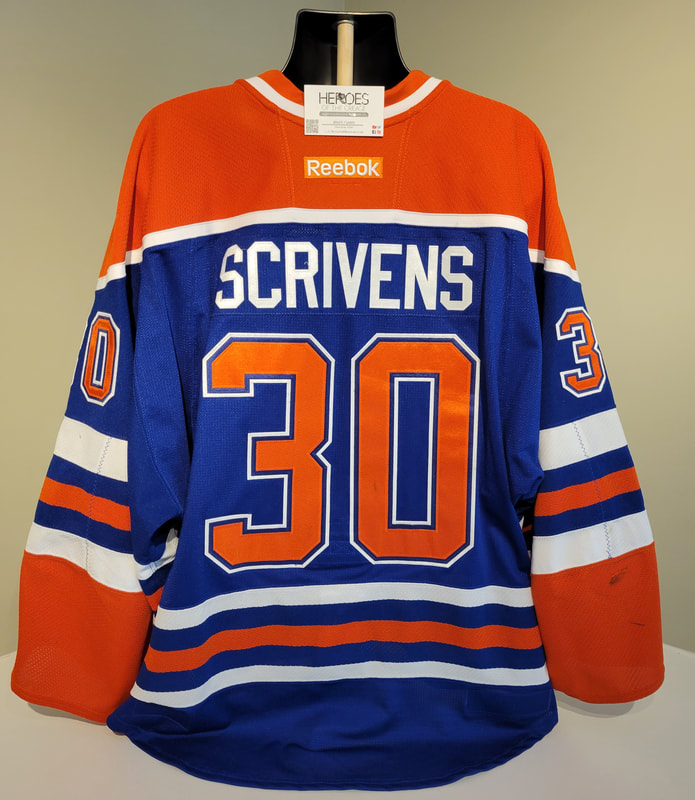 Born on September 11, 1986 in Spruce Grove, Alberta, Ben Scrivens posted brilliant numbers while a member of Cornell University's hockey team. Those wild numbers got him noticed by the Toronto Maple Leafs who signed him as a free agent in 2010. In 2010-11, Scrivens split time between the Reading Royals of the ECHL and the Toronto Marlies of the AHL continuing to post numbers as unrealistic as he did in his university days (0.938% in ECHL and 0.924% in AHL). The following season, James Reimer was injured early in the year and on November 3, 2011 he had his chance to shine. He made his NHL debut against the Columbus Blue Jackets and stopped 38 of 39 shots in a 4-1 victory. He appeared in eight games that November before being re-assigned to the AHL, where his numbers continued to be unreal. He got into four more NHL games towards the end of the season. The following year he continued his split with the AHL/NHL and once again continued his excellent play. The world seemed to be his playground in net, he was doing so well. In the 2013 off-season, he was traded to the Los Angeles Kings in the deal that saw Jonathan Bernier make his way to Toronto. In Los Angeles, Scrivens was the full-time backup to Jonathan Quick and he posted a stunning 1.97GAA and three shutouts in 19 games. As a result, the Edmonton Oilers acquired him in January of 2014 to help their struggling team. Four games into his stint with the Oilers he made NHL history. Facing down the San Jose Sharks on January 29, 2014, Ben Scrivens immortalized himself when he stopped 59 shots for the shutout, an NHL record for most saves in a shutout, that still stands. The Oilers, however, were not quite far along as a team as the Leafs and Kings were, so his numbers suffered the following season when he became the 57 game starter for the team. His numbers were the weakest of his career despite a career high in wins. In 2015, the Oilers placed Scrivens on waivers following the pre-season and no-one signed him. Out of the minors, the Oilers eventually traded him to Montreal in the deal that saw fan favorite player Zack Kassian join the Oilers. After a decent season as a back-up in Montreal, Scrivens turned to the KHL for the next two seasons. It was not the last we'd hear of him, however. Due to new rules, NHL players could not play in the Olympics, so as a result of being in the KHL, Scrivens became a member of Team Canada. In 3 games, he recorded a 1-1 record with a 1.21GAA and a 0.945%, however, in a quarterfinal match, he was injured and his Olympics ended. Canada was only able to win the bronze medal with Kevin Poulin between the pipes for the rest of the tournament. Following the conclusion of the 2017-18 season, Scrivens retired from play and he is currently a manager at the University of Denver for their ice hockey team.

What you are looking at right now is a 2014-15 Set 2 Edmonton Oilers home jersey worn by Scrivens in his first season as a full-time starting goalie. Featuring brilliant wear including puck marks, stick marks, and team repairs, this jersey saw game action 11 times among them being his 100th NHL game on December 30, 2014.

Dates of Game Use: 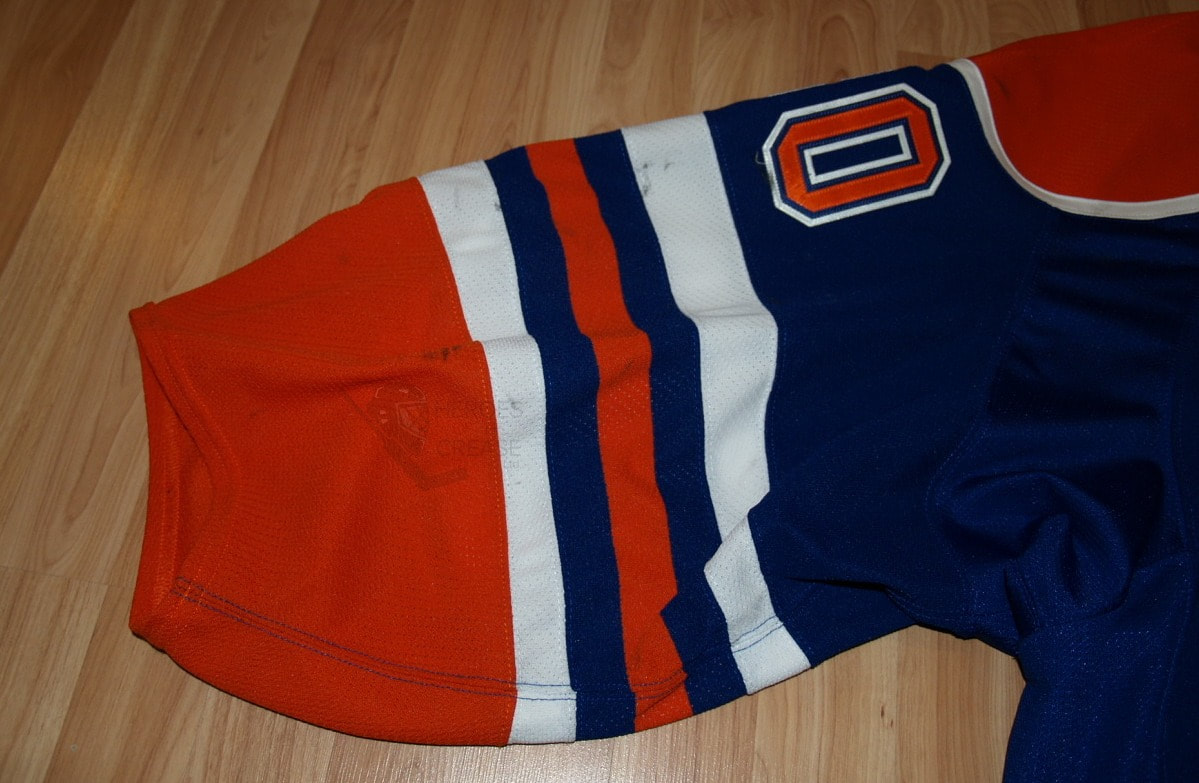 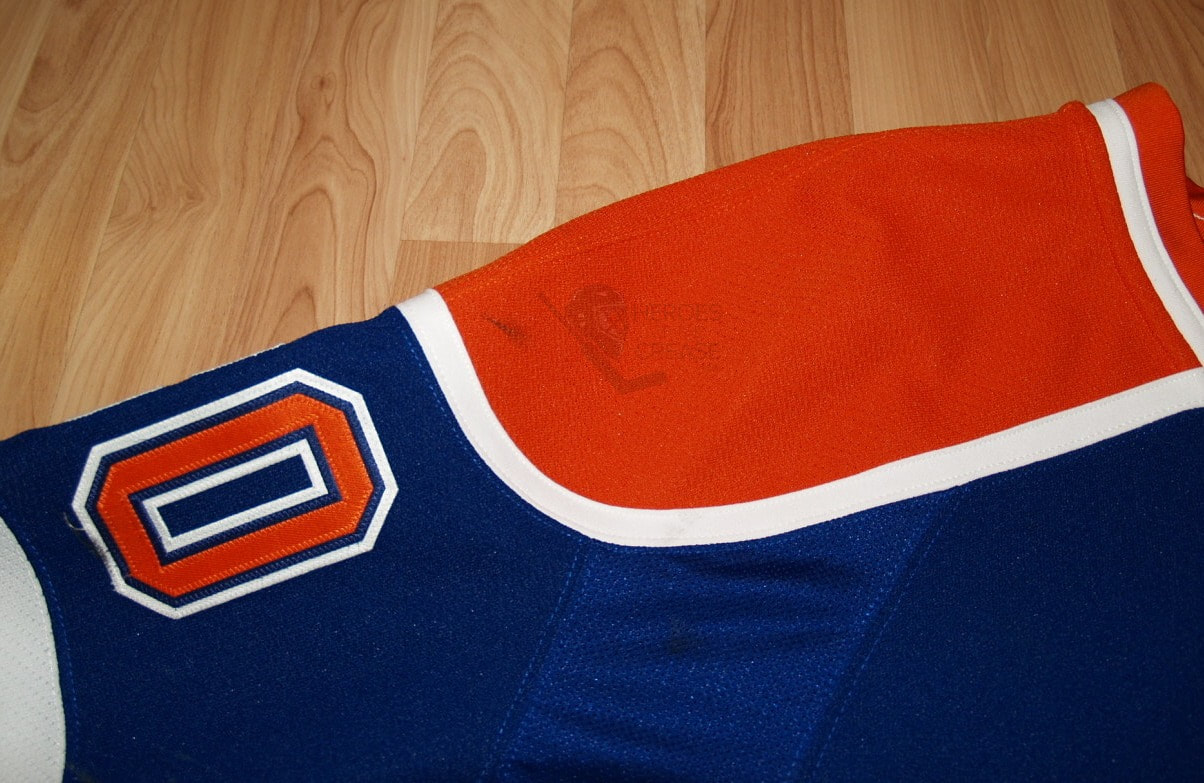 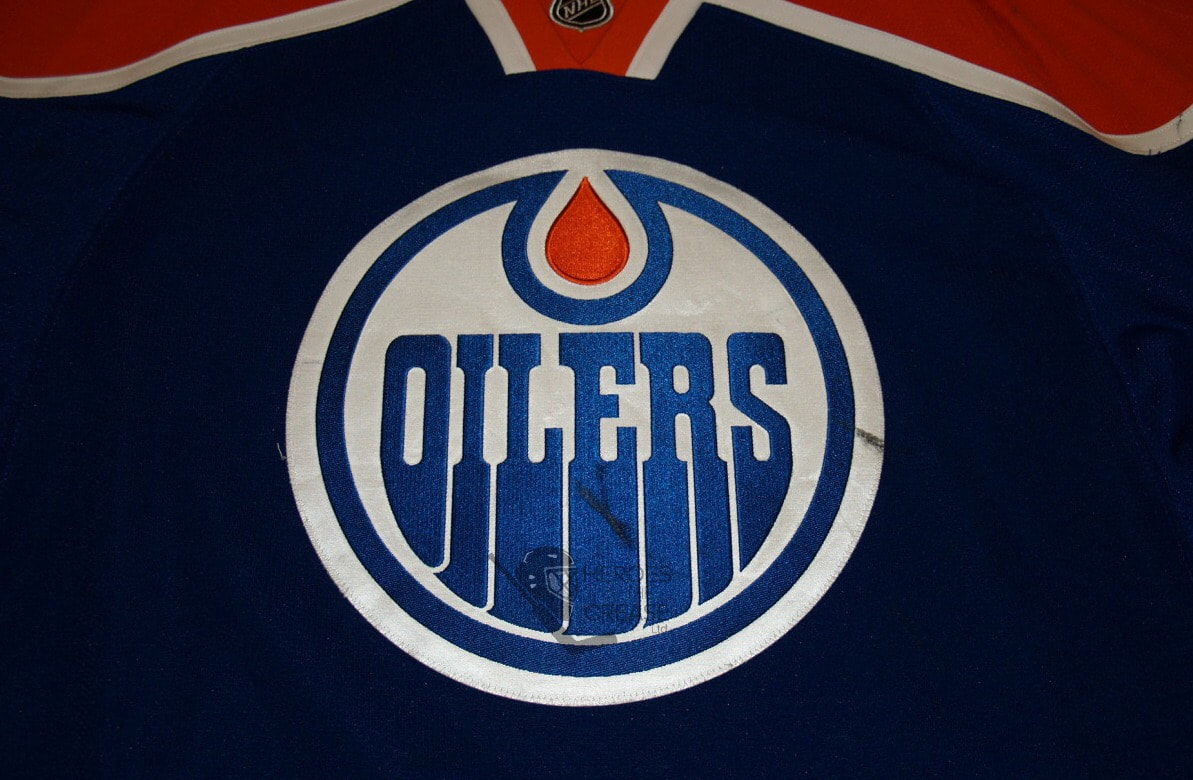 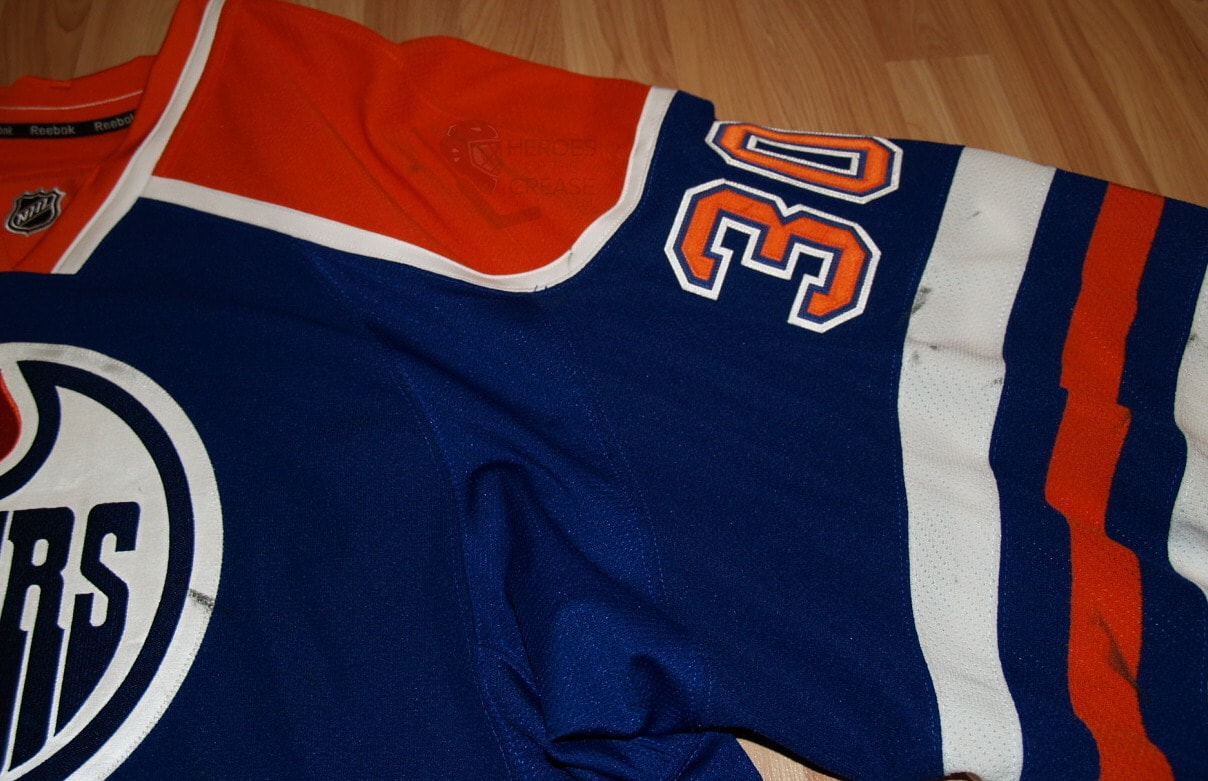 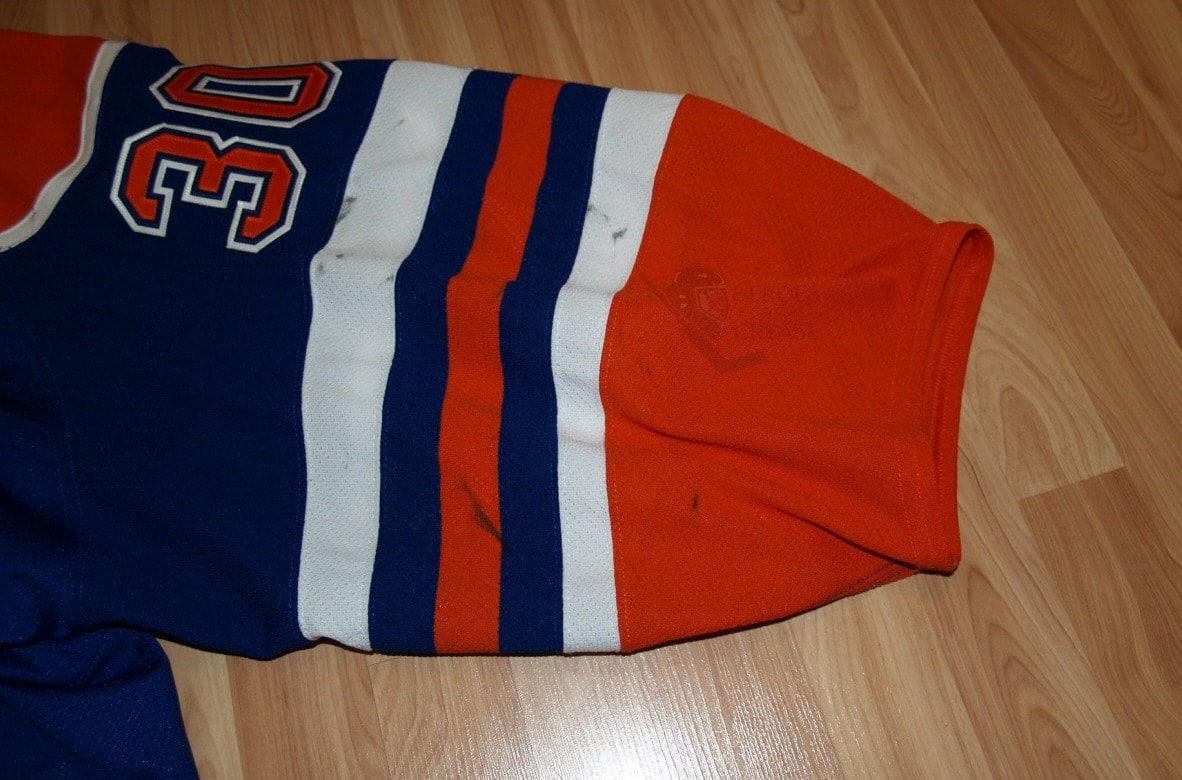 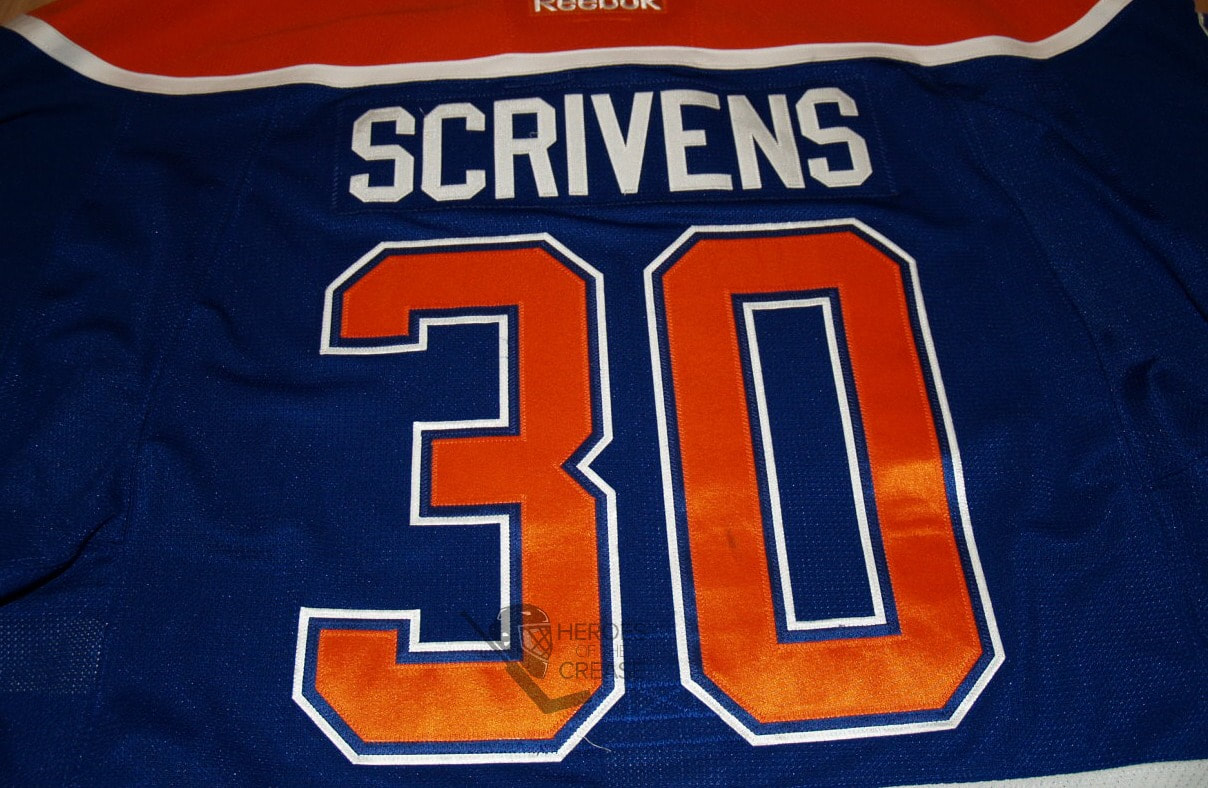 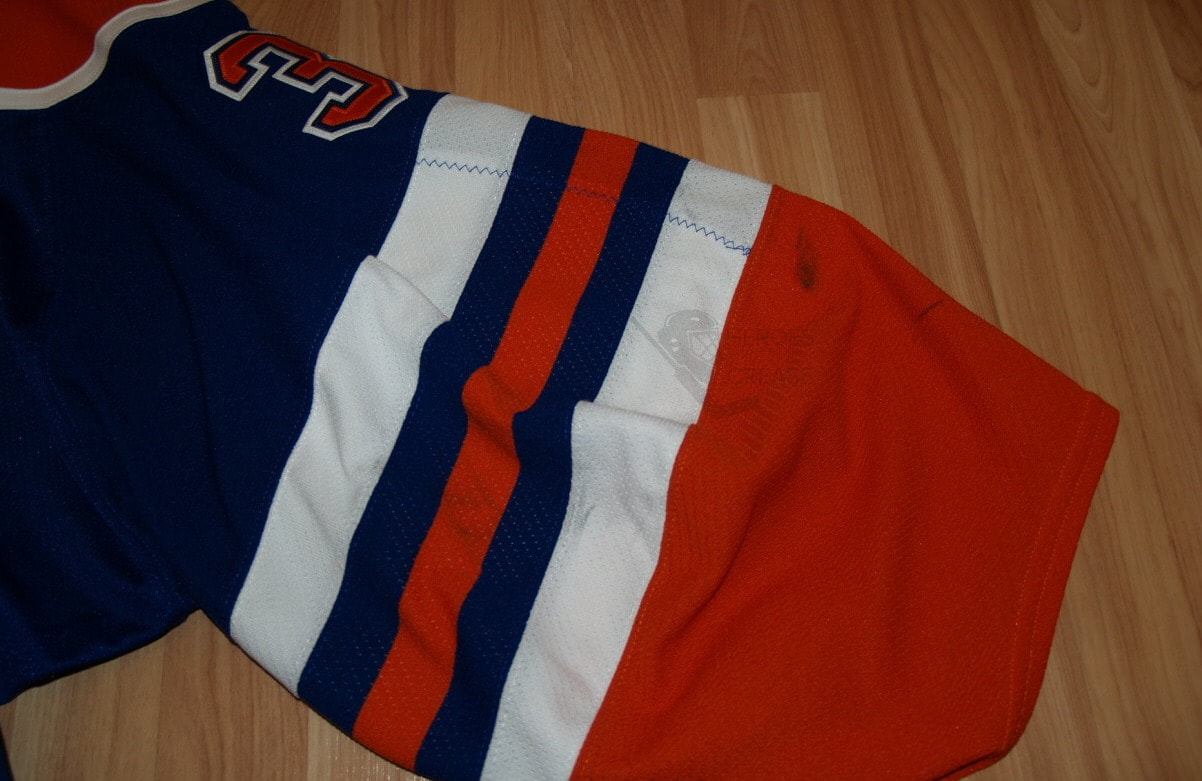 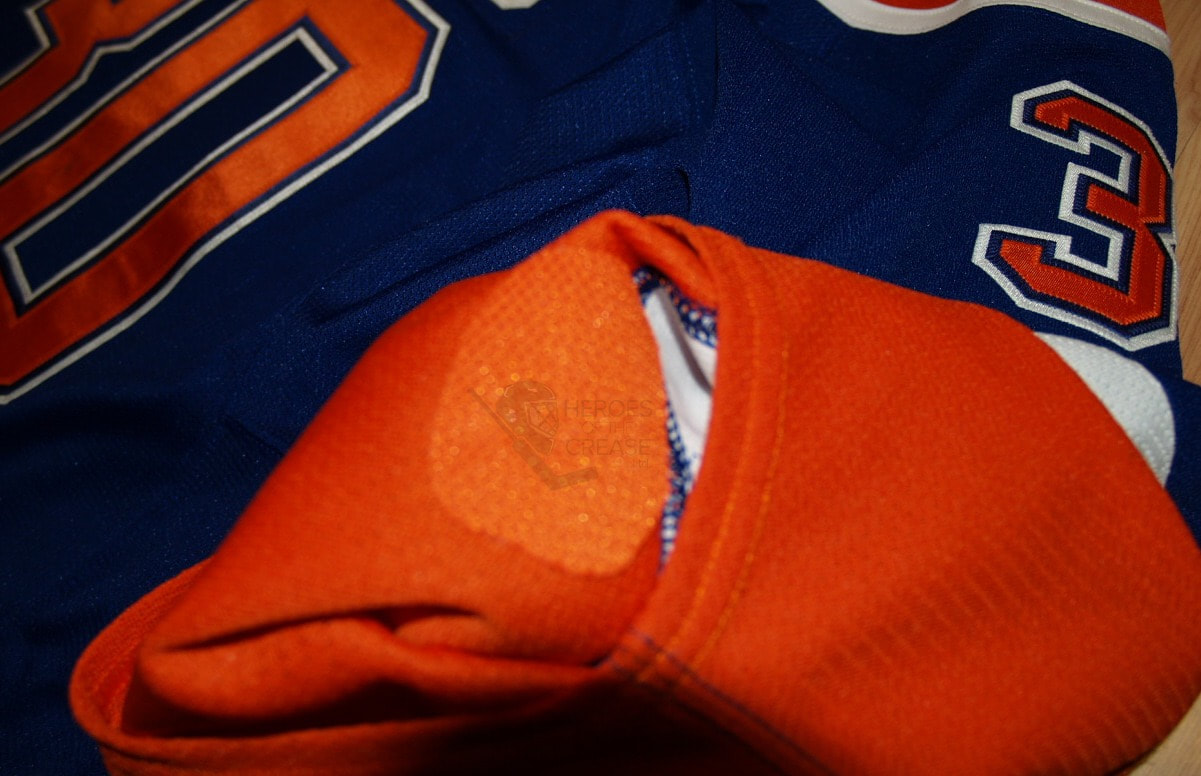