Mike Morrison, born July 11, 1979 in Massachusetts, USA, was originally drafted by the Edmonton Oilers 186th overall in 1998. After completing University, Morrison played three seasons in the minor leagues until he was given the third-stringer job on the Oilers in 2005-06. There, he quickly established himself as the team's own little weapon in the shootout, as he had won his first five shootouts in unprecedented style. The magic did fade, however, as he lost his final two shootouts with the team. His shootout prowess even caused some rage in teammate Ty Conklin on March 7, 2006, when he replaced Ty Conklin after overtime, exclusively for the shootout. This caused Conklin to throw his mask violently down on the Oilers bench. The Oilers placed Morrison on waivers that year and his next stop was the Senators. There he remained for four games before spending the rest of the season in the ECHL. He got one more chance in the NHL in 2006-07 when the Phoenix Coyotes signed him. That did not last very long as he appeared in a four games and recorded a 6.13GAA with a 0.790% save average. He continued to play in various minor leagues until he retired from hockey at the conclusion of the 2009-10 season.

This sweater was worn by Morrison in five of his twenty games for the Oilers, recording two wins, two losses, and his first shootout loss.

Acquired from: eBay with Meigray documentation 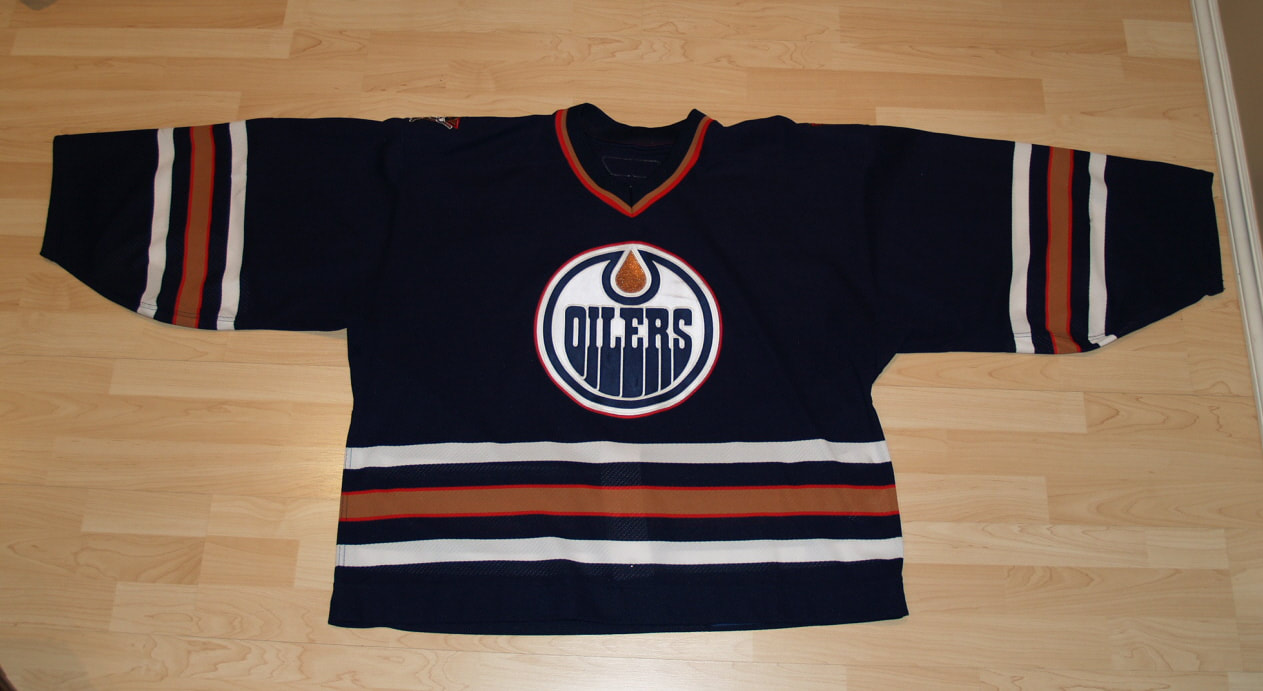 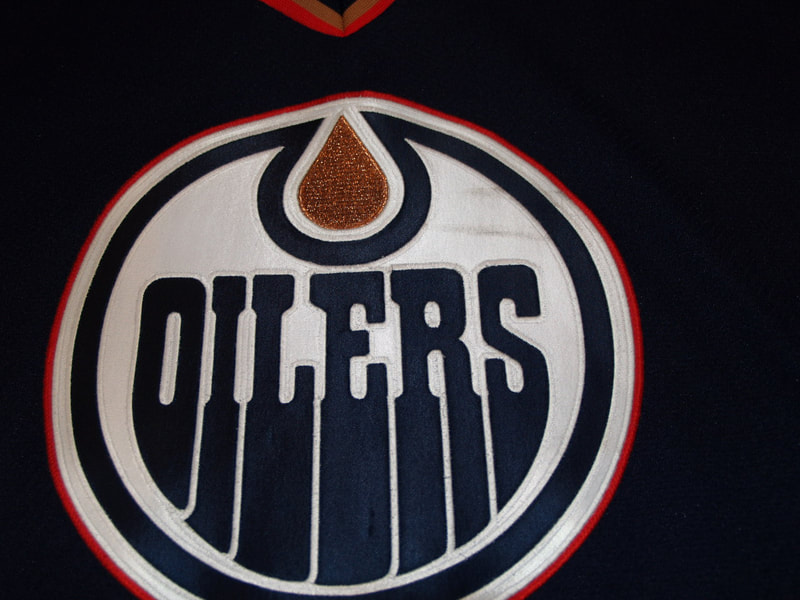 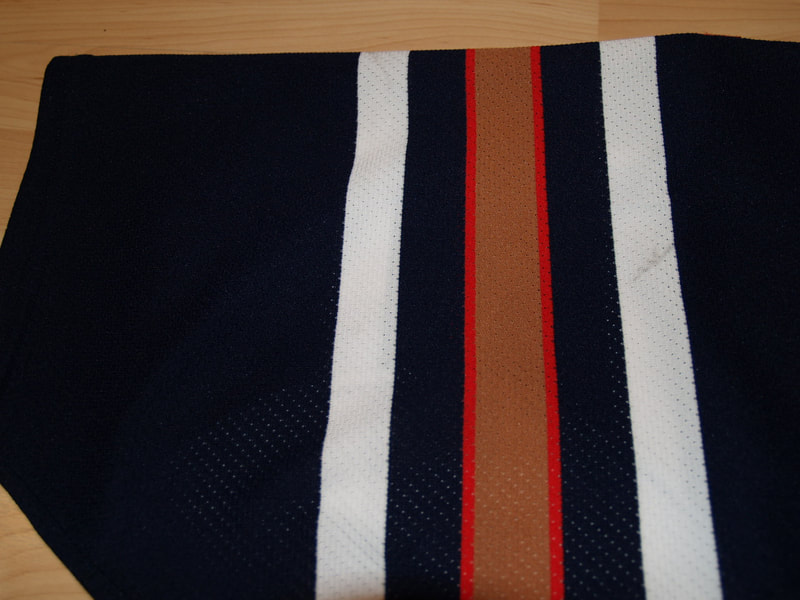 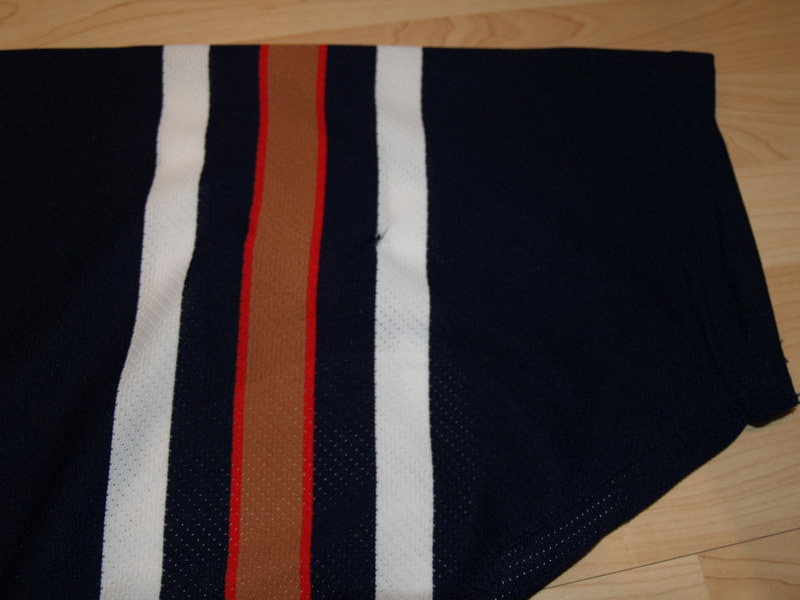 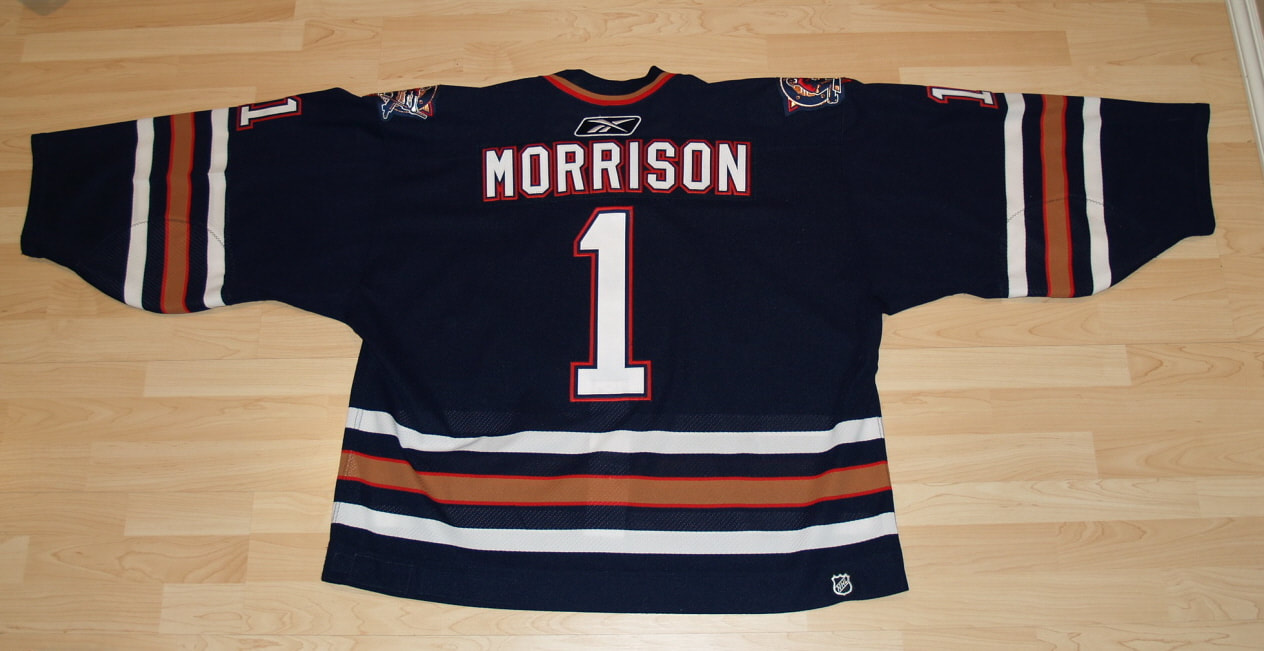 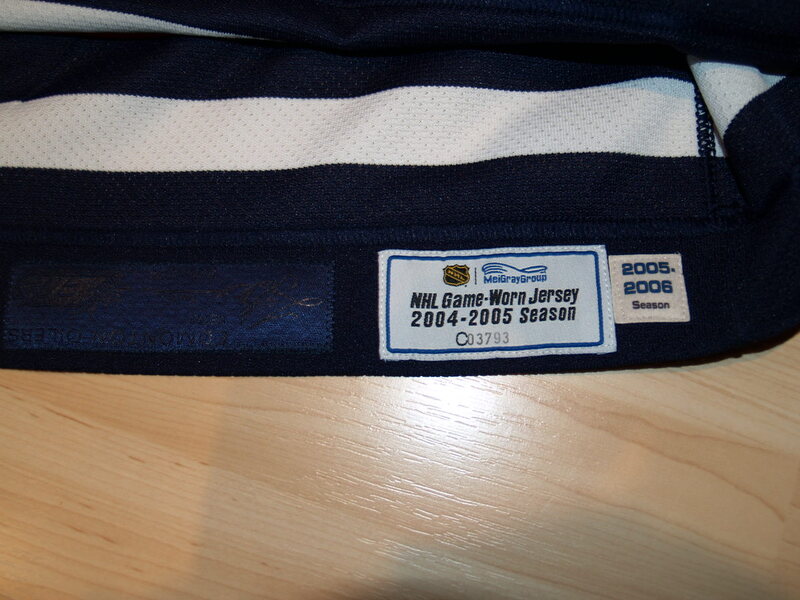 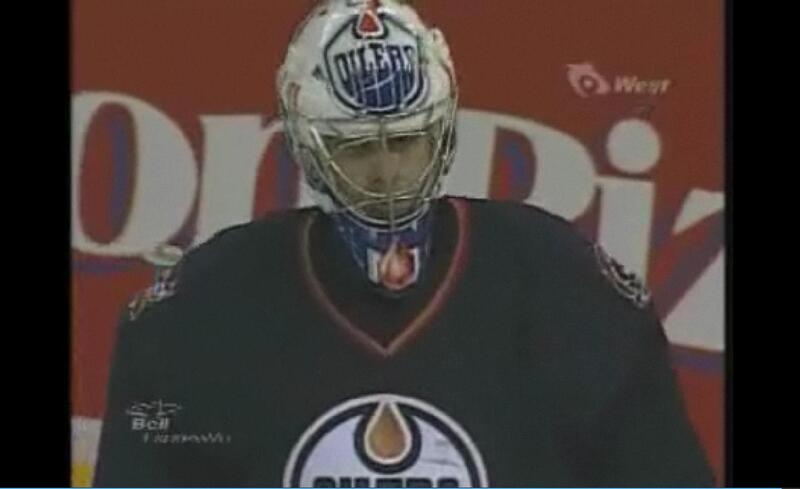