Born on March 29, 1996 in Traverse City, Michigan, Brandon Halverson was an up-and-coming goalie with the Sault Ste Marie Greyhounds in 2013-14 when he was drafted 59th overall by the Rangers. He recorded an impressive 40 wins in only 50 games with the Greyhounds, as well as appearing in one game (which was a shutout) for Team USA at the IIHF World Juniors in 2014-15.

The next year, his highlight was earning a World Junior bronze with the US. He transitioned to the pro ranks in 2016-17, splitting time with Greenville in the ECHL and the Hartford Wolf Pack in the AHL. He also had his first two NHL recalls with the Rangers, though never saw game action. In 2017-18, he again split the season between the ECHL and AHL, though got a recall to backup Henrik Lundqvist. Then it happened! On February 17, 2018, after Lundqvist allowed 5 goals on 27 shots, in went Halverson for the final 12 minutes and 33 seconds of the game. Halverson stopped 5 of 6 shots that he faced. The next season saw him split time exclusively in the ECHL and AHL. He was invited to training camp with the Toronto Maple Leafs in 2019, though he was cut after limited pre-season action. He was signed to two tryout contracts in the AHL within short time afterwards before he eventually settled in with Norfolk in the ECHL. After 2020-21 saw him limited to only 4 ECHL games he was most recently signed by the Florida Everblades for the 2021-22 season.

As his career is still ongoing and he may make an NHL return at some point, career stats will not be posted at this time.

What you are looking at right now is a 2019-20 Toronto Maple Leafs pre-season game worn jersey that Brandon Halverson utilized in game action on September 18, 2019 against the Ottawa Senators. That game saw him appear in the final period to replace Michael Hutchinson in net. The jersey is photomatched to a tiny picture (due to the larger version of the photo being removed from Shutterstock (thus we cannot purchase the image file for our personal use). 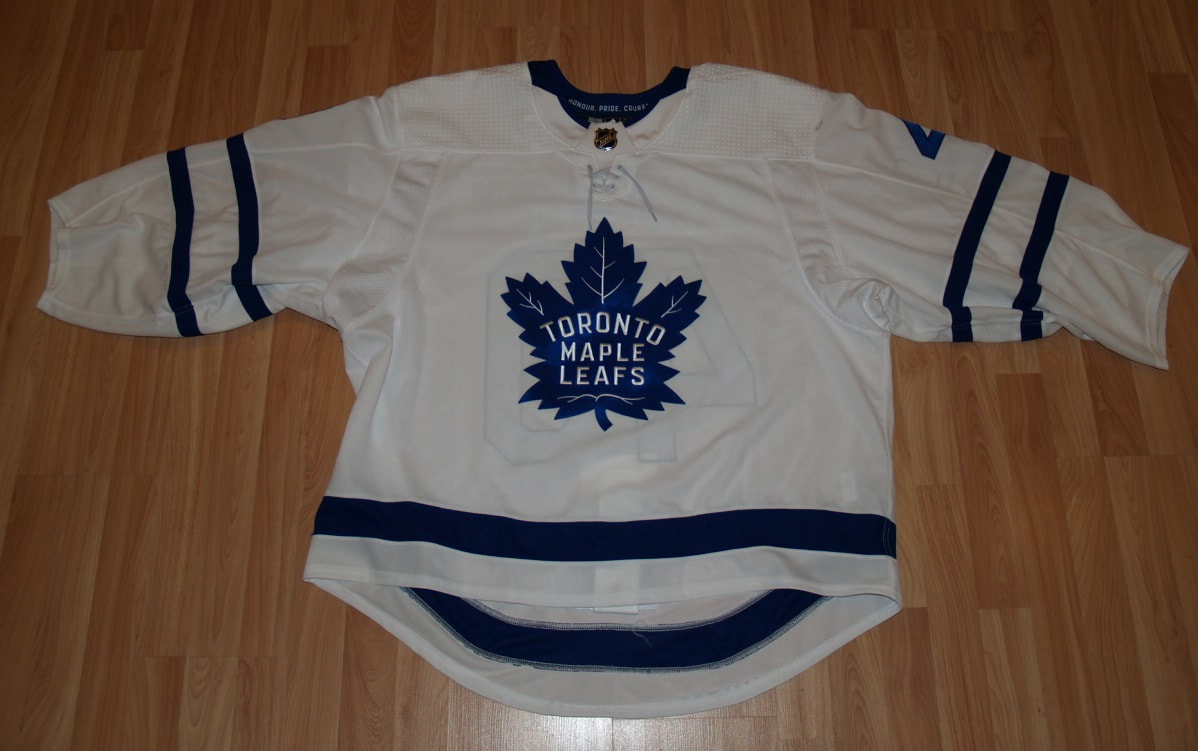 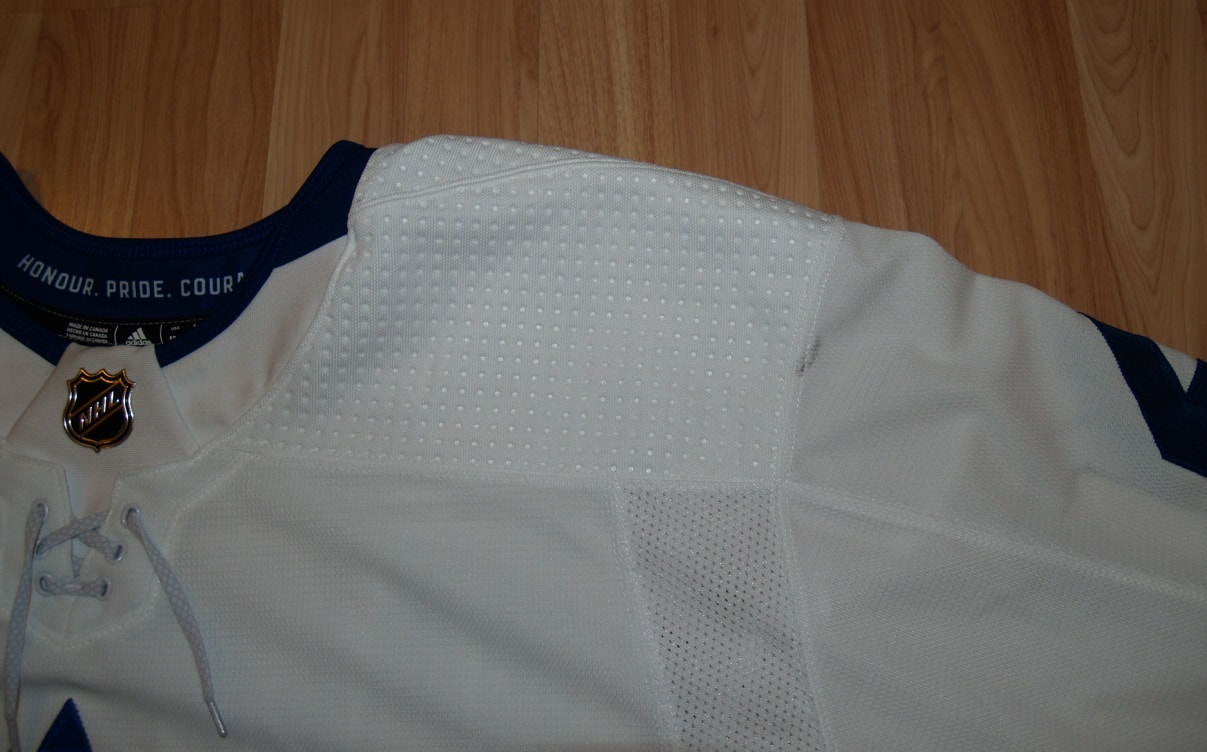 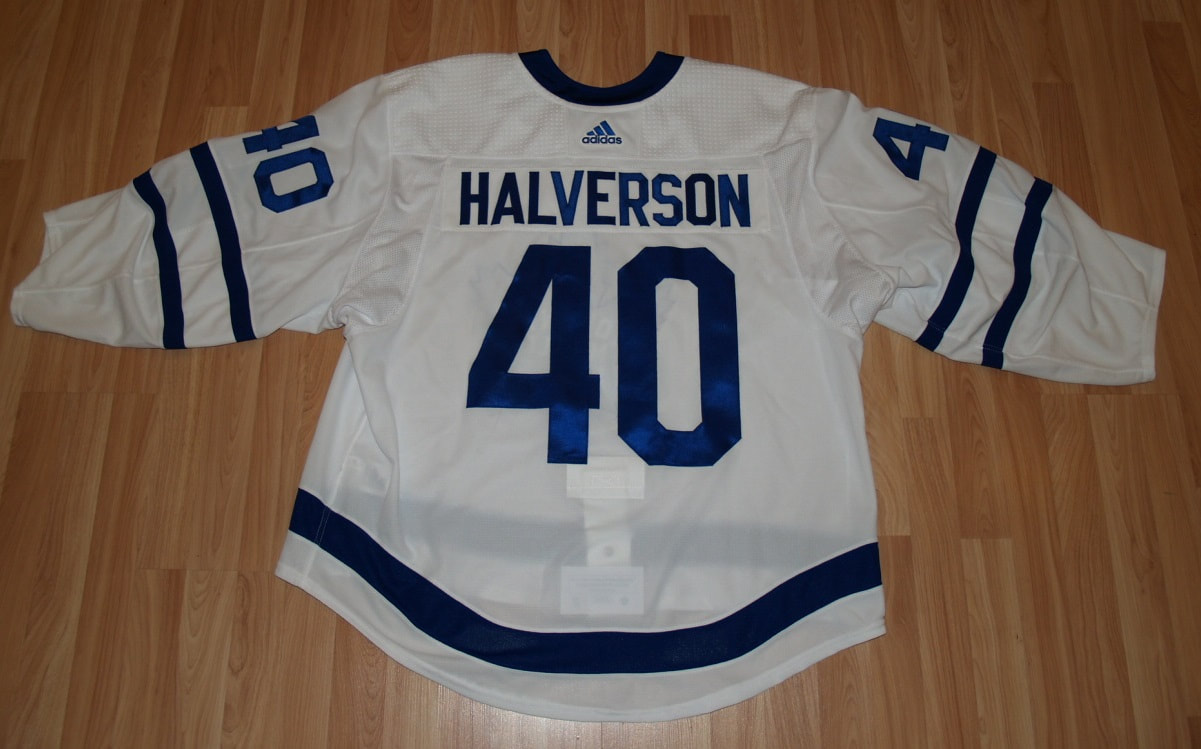 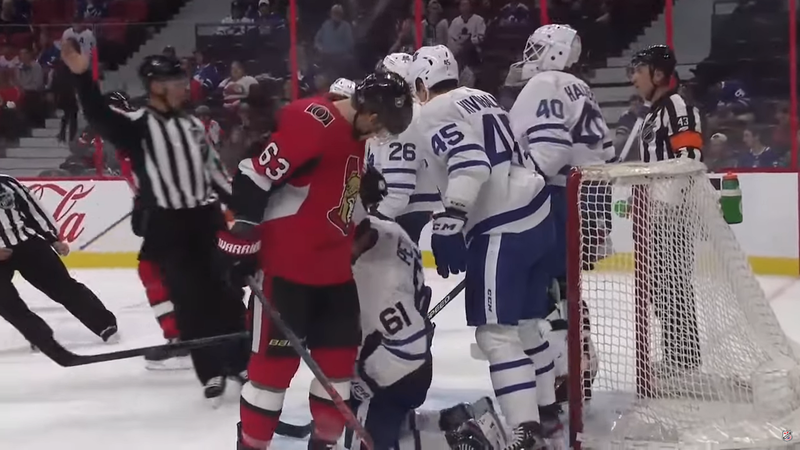