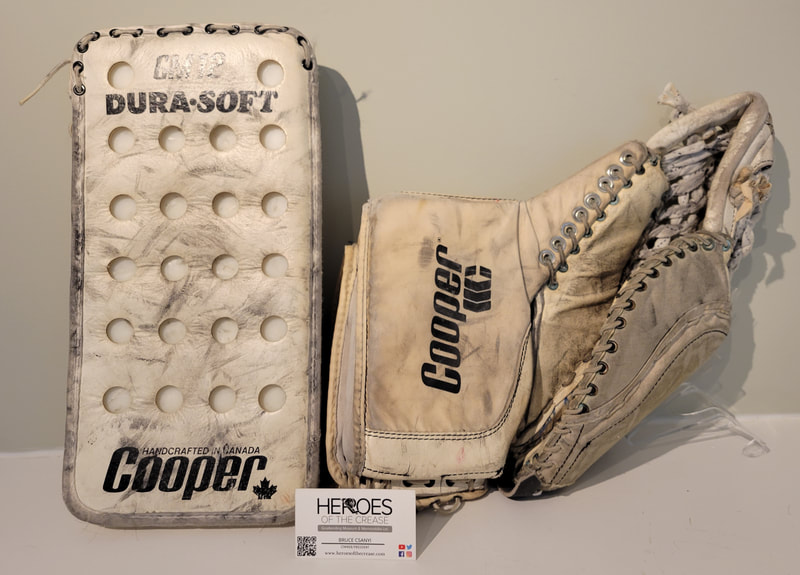 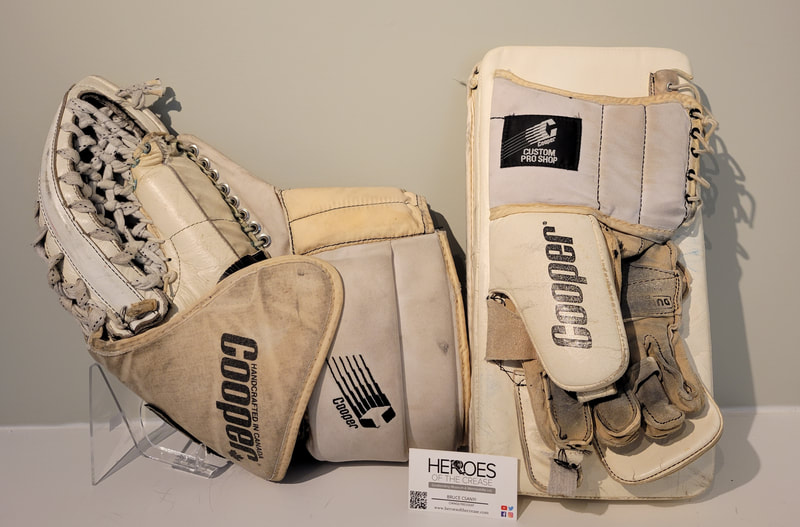 Born on March 24, 1966 in Brantford, Ontario, Jeff Reese was a sublime prospect playing with the OHL's London Knights. The Toronto Maple Leafs drafted him 67th overall in 1984 and after his junior career ended, Reese joined the Newmarket Saints in the AHL, posting decent numbers. In his second season in the pro-minors, Reese was given the call to the old shooting gallery that was the 1980s Maple Leafs. On January 10, 1988, Reese was given the start against the Winnipeg Jets, and he stopped 24 of 28 shots in Toronto's 4-3 loss. He was given five total games in his debut season and he recorded a 1-2-1 record. The next year, he again spent the majority of the year in the AHL, however, he now got into 10 more NHL games. Over the next two seasons, Reese worked his way up to being the full-time backup in Toronto. Then, in 1991-92, Reese was traded to the Calgary Flames in the deal that saw Doug Gilmour become a Maple Leaf. While with Calgary, he recorded a career best 14 wins in 1992-93. On top of that, he established an NHL record for most points in a game by a goalie, a record that exists to this day. On February 10, 1993, he recorded 3 assists when his Calgary Flames defeated the Sharks by a wild 13-1 score. The following season, he was traded to the Hartford Whalers. There, he appeared for three seasons as a back-up before he was acquired by the Tampa Bay Lightning. A 19 game back-up with Tampa, he was then acquired by the New Jersey Devils in 1996-97. He spent most of the season in the IHL, though got into 3 games with the Devils. He was then relegated to the minors for the entirety of the 1997-98 season before Toronto signed him as a free agent in January of 1999. He appeared in two games with the Maple Leafs and ended the year with their AHL affiliate. Though he was traded back to the Lightning in the off-season, Reese decided to retire from play at that point. From there, he became the goalie coach of the Lightning (2001-08), even winning the Cup with them in 2004. Afterwards, he assumed the same role with the Flyers (2009-2015) and then went on to the same role with the Dallas Stars (2015-present).

What you are looking at right now is a photomatched Cooper Dura-Soft glove and blocker set used by Jeff Reese in the 1989-90 season in practices and possibly also in game action. A stunning set of memorabilia, the wear and tear on them is a testament to their owners' tenacity and fight that helped him survive a decent NHL career!

Acquired from: Fairmore Sports with LOA