Born on January 7, 1967 in Troy, New York, Guy Hebert was a star goalie at Hamilton College in the NCAA when he was drafted 159th overall by St. Louis in 1987. Transitioning to the pros with Peoria in 1988-89, he did his grind in the minors, even winning the IHL's Turner Cup in 1990-91 and in 1991-92, his NHL debut finally happened. On December 11, 1991, Hebert was given the start in goal for St. Louis against the Buffalo Sabres. He stopped 35 of 38 shots in a 6-3 win. After 13 games that season, he became the full-time backup in St. Louis in 1992-93. When the first year expansion Anaheim Mighty Ducks needed a goalie in 1993-94, they went all in with Hebert as he became the first franchise goalie in Anaheim's history. He led Team USA to the bronze medal in the 1994 World Championships, he was a 1997 NHL All-Star and he was also a gold medal winner in 1997 at the World Cup of Hockey as the back-up goalie to Mike Richter. He was also the number three goalie behind Richter and John Vanbiesbrouck in the 1998 Winter Olympics. From 1993-2001, Hebert appeared in 441 games with the Mighty Ducks. When he was traded to the New York Rangers in 2001, he left Anaheim holding nearly all franchise records which held until future goalies such as Jean-Sebastien Giguere and John Gibson challenged or surpassed most of them. After 13 games in New York, Hebert retired from play after which he took up a career in broadcasting.

What you are looking at right now is a circa 2000 Anaheim Mighty Ducks game used stick that was utilized by Guy Hebert. As there is the signs of tape residue on the blade, I believe that the tape on the blade was slightly removed to add the autograph, however, note that like the Berthiaume stick we added last week, this item also happened to come from the collection of CMW in Edmonton which is the company which makes the silver presentation sticks (items) for the NHL for such things as "1000 games", or anything that a team wants done in silver. They use the game used or game model sticks of the athletes as a base from which to make accurate silver sticks completely to scale for these accomplishments. It is possible that this stick was also used as a base for some presentation item for Hebert from one of his teams.

Acquired from: CMW's stick archives via a local collector.

Dates of Game Use:
Exact games not known at this time. 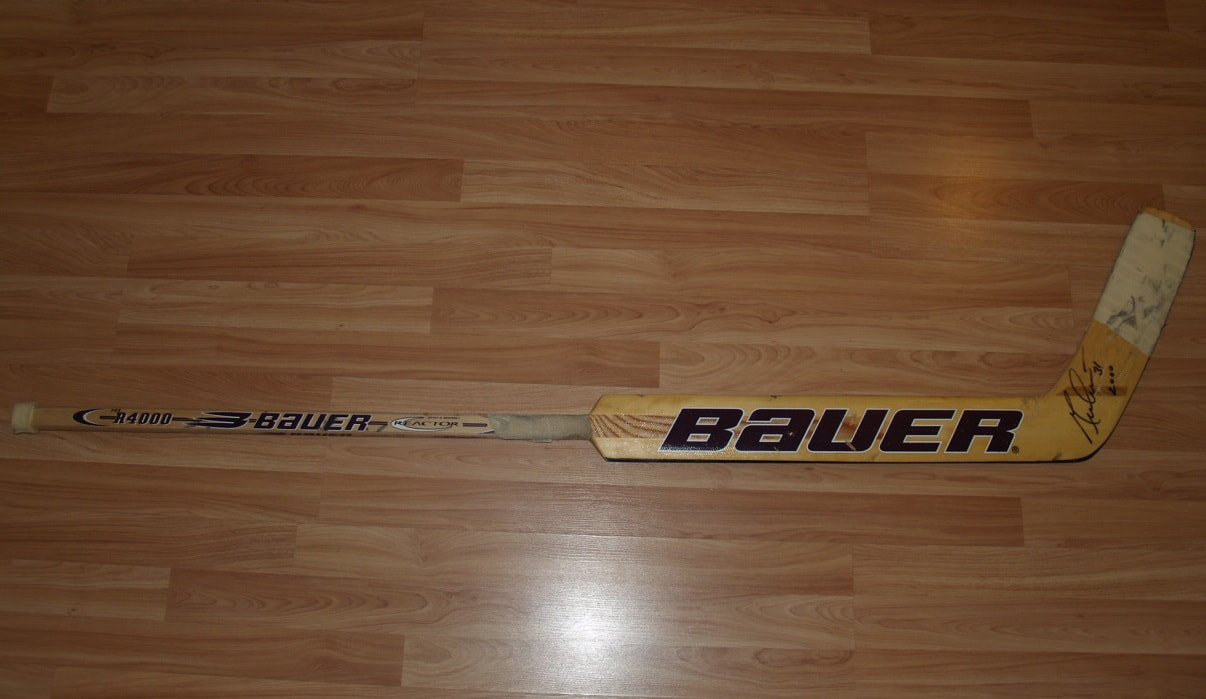 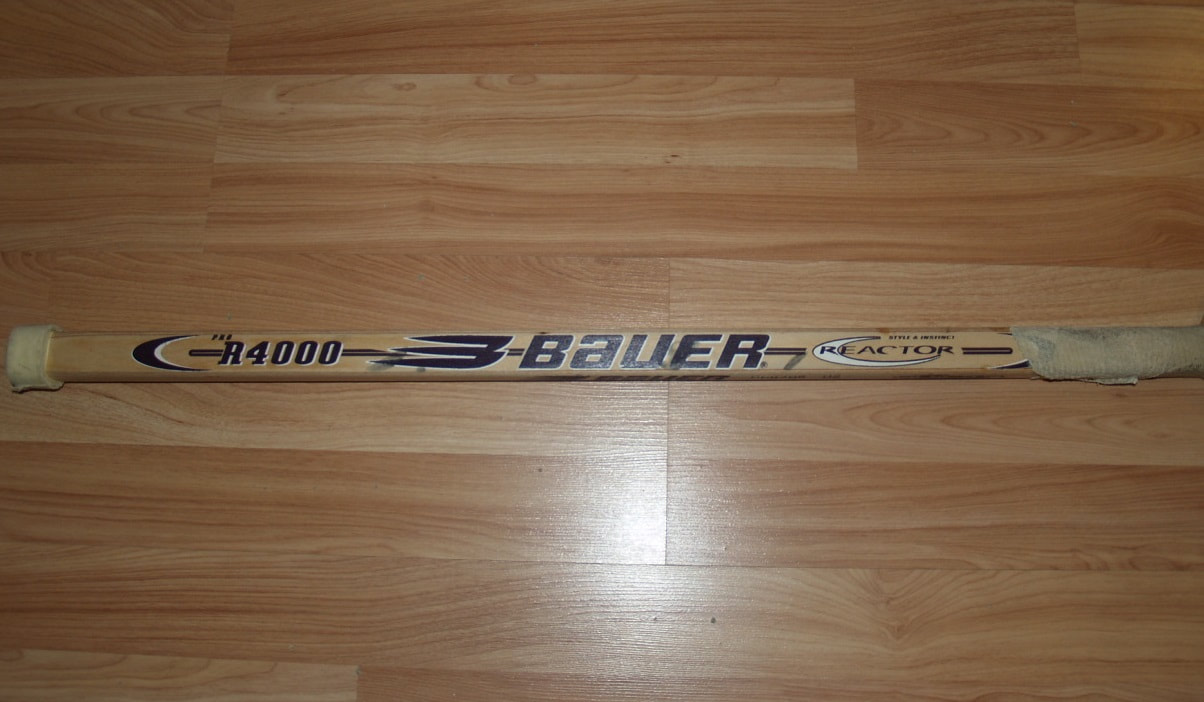 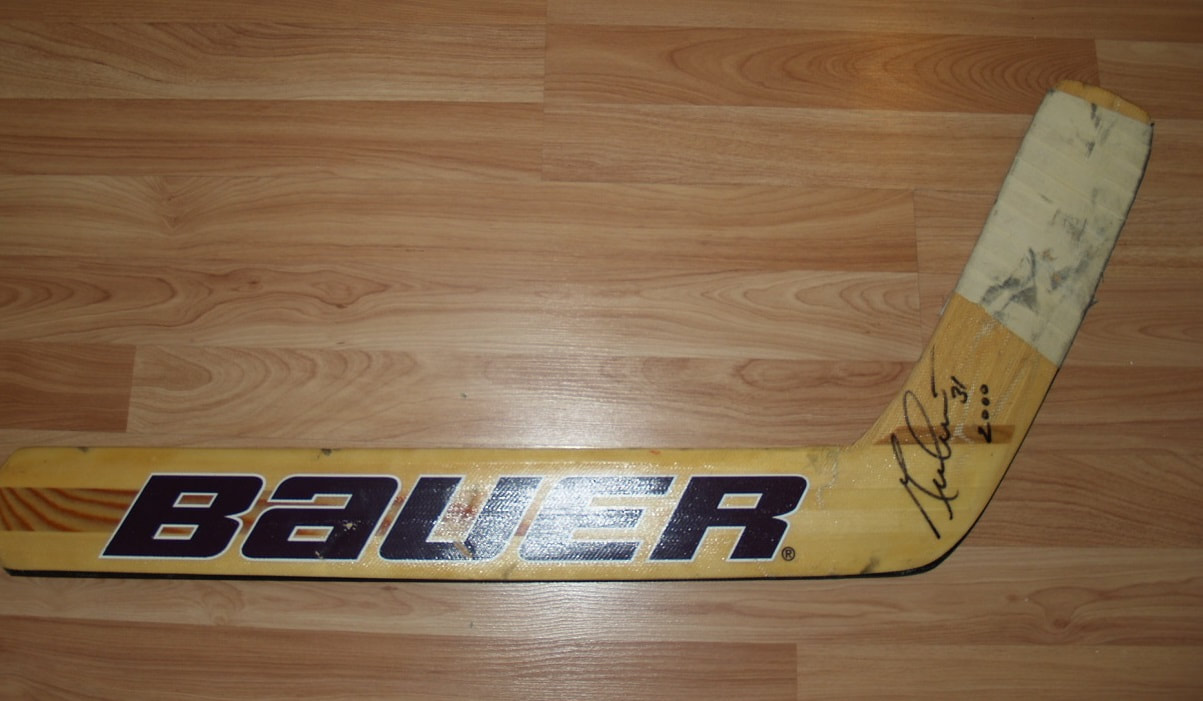 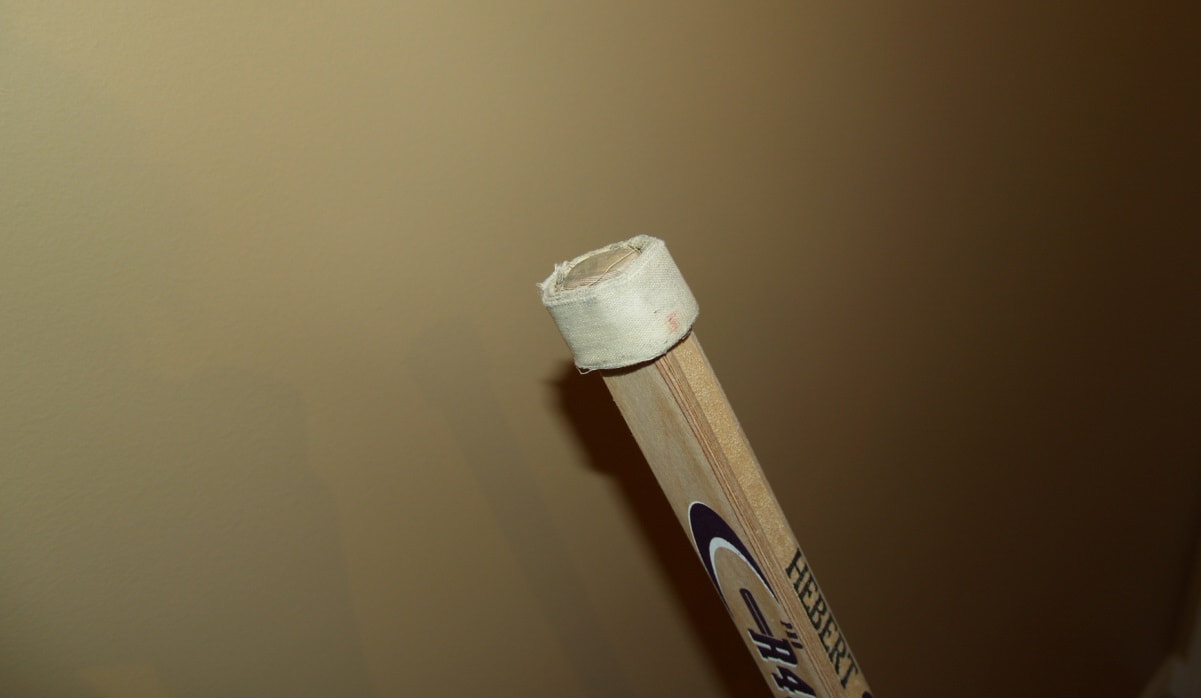 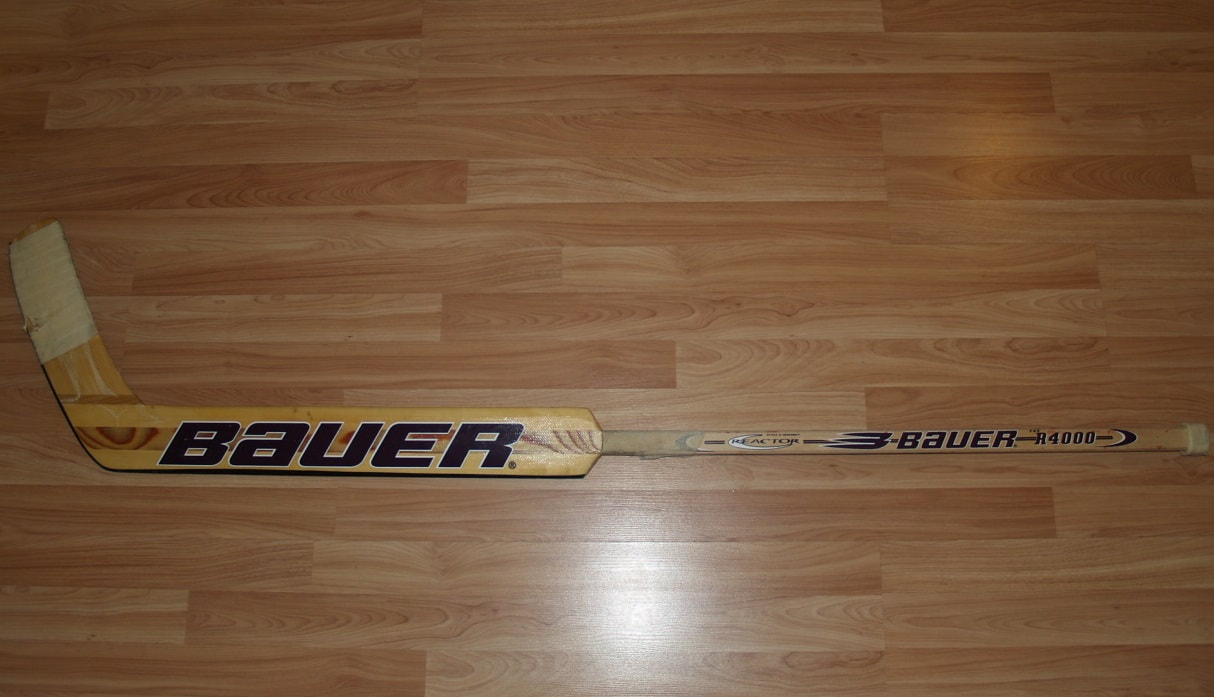 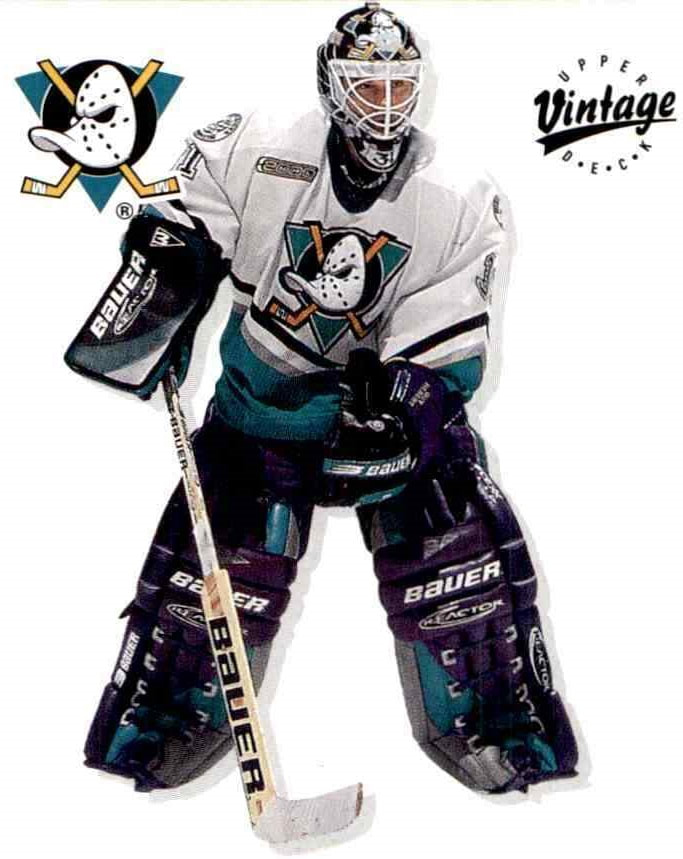