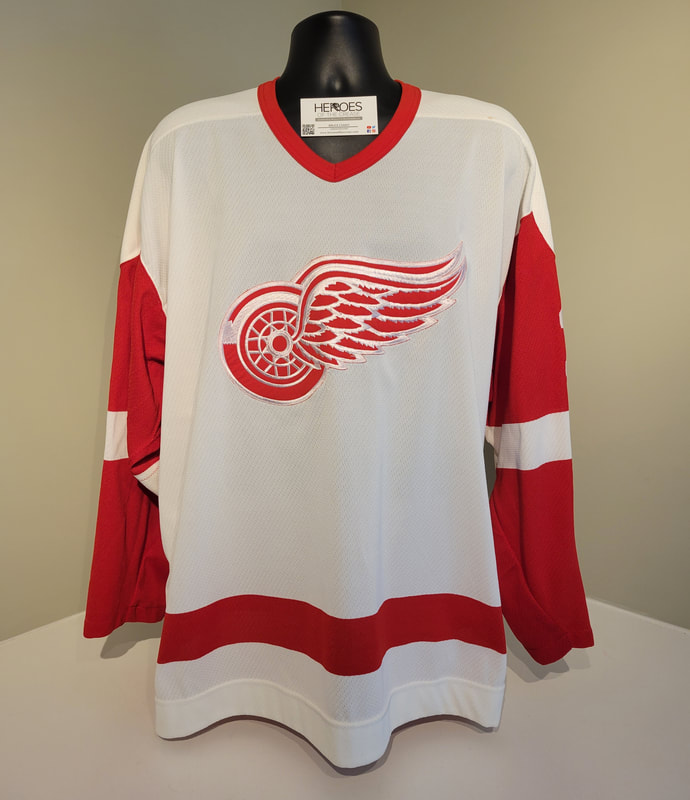 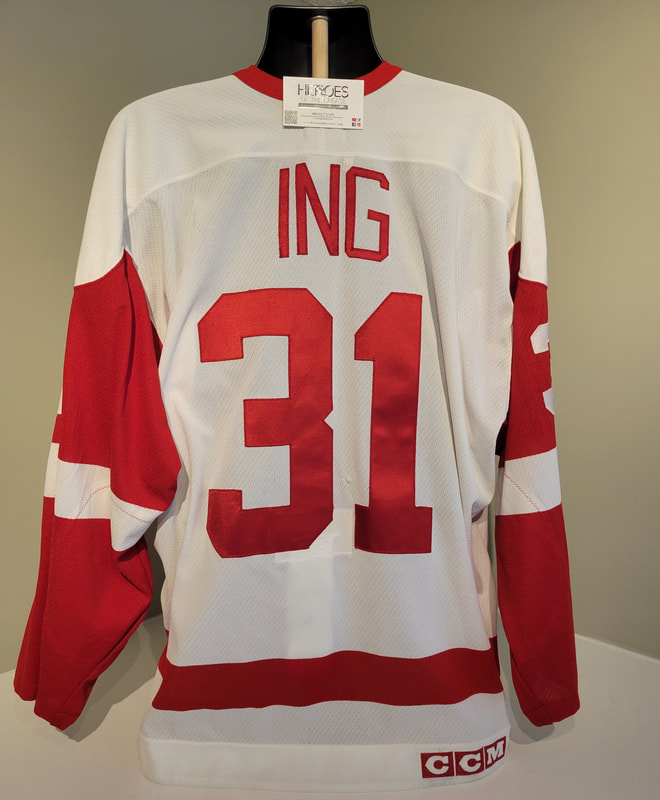 Born on April 28, 1969 in Toronto, Ing was selected 48th overall by the Toronto Maple Leafs in the 1988 NHL entry draft, right out of the OHL. In a rather busy 1989-90 year that saw Ing play for the OHL, AHL, as well as the Canadian National Team, Ing made his first three NHL appearances for the Toronto Maple Leafs hockey club as well. The following season, he was the incumbent starter for the Maple Leafs, appearing in 56 games and recording 16 wins. He was then traded to Edmonton in the off-season in an epic deal that saw Grant Fuhr and Glenn Anderson go to Toronto in exchange for Vincent Damphousse, Scott Thornton, and Luke Richardson. There, he played in 12 games before being traded to the Detroit Red Wings for a draft pick. The 1993-94 season marked Ing's final one in the NHL, where he appeared in only three games for the team. Ing played two additional seasons in the IHL before retiring at the conclusion of the 1995-96 season.

The jersey that is showcased today was worn on October 13, 1993, against the St. Louis Blues, in what turned out to be Peter Ing's final NHL game. In that game, Ing stopped 30 of 35 shots in a 5-2 loss. A great example of an early 1990s goalie jersey, it features minimal wear, and some unique sleeve customizations.

Acquired from: Fellow collector on gameworn.net 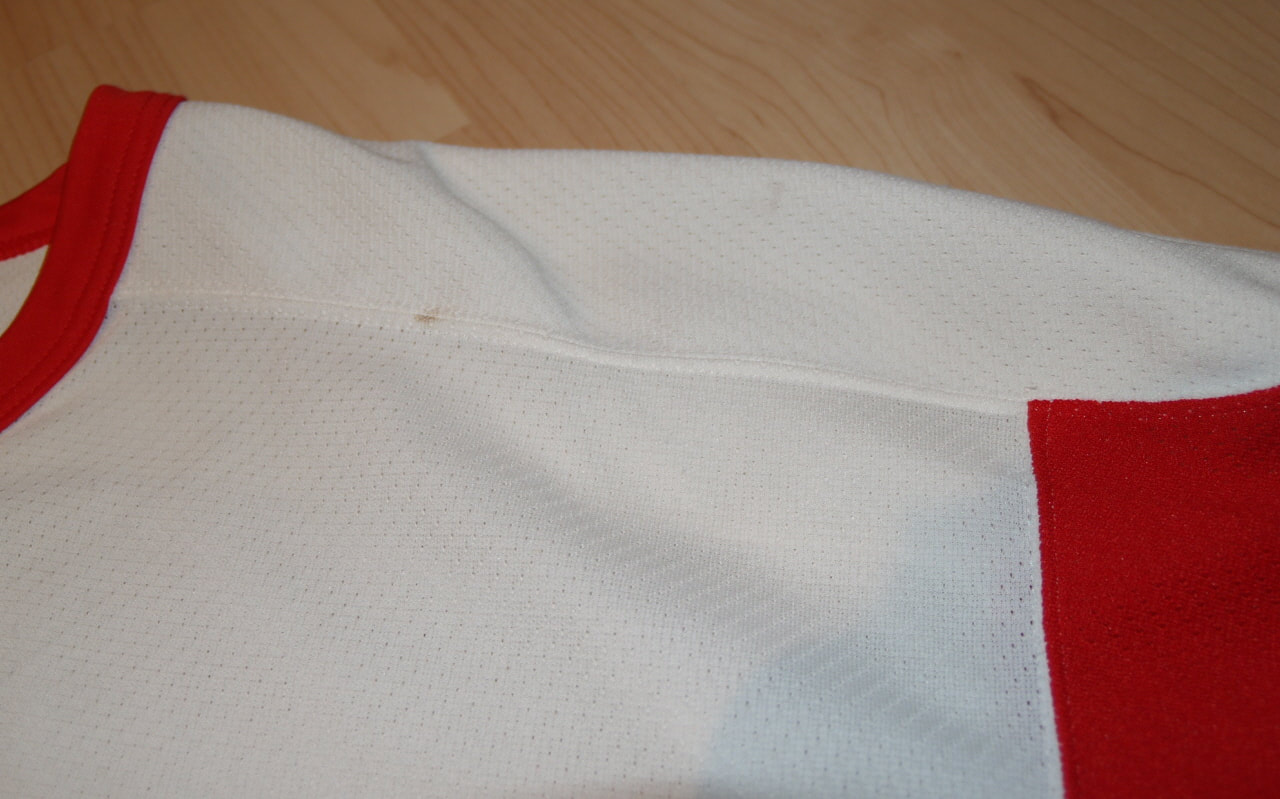 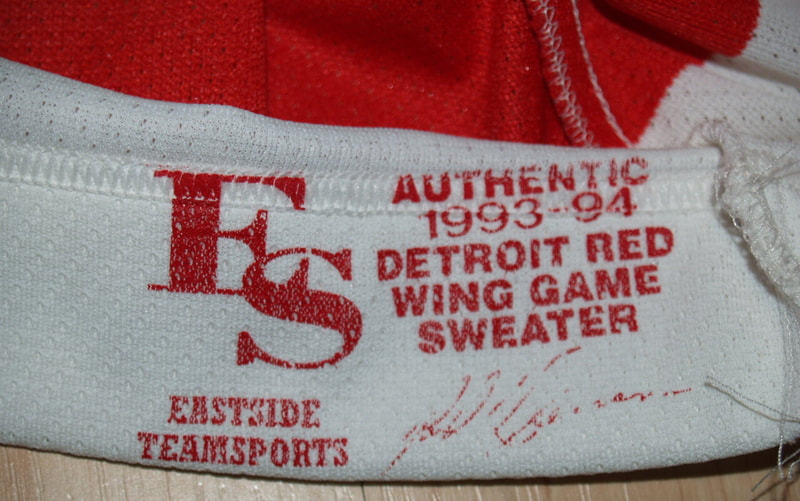