Born on June 17, 1970, in Montreal, Quebec, Canada, Stephane Fiset was a highly touted prospect coming out of the Victoriaville Tigers of the QMJHL who was drafted 24th overall by the Quebec Nordiques in 1988. In 1988-89, he played 6 of 7 games for the Canadian World Junior Team, however, the team only got 4th place.

The following year was an action packed one for Fiset. He made the day one roster of the Nordiques and on October 5, 1989, he made his NHL debut vs the Buffalo Sabres. Fiset stopped 32 of 26 shots in a 4-3 defeat. After 6 games and a rough 0-5-1 record to show for it, he was sent back to Victoriaville. He got his chance to be Canada's number one goalie once again in the 1990 World Junior Championships. This time he played all 7 games for Canada, recording 5 wins en route to a Gold Medal Win. Fiset was named the Best Goalie in the tournament, as well as the IIHF All-Star Goalie for the tournament.

The following year he was in the pros full-time and though he spent the majority of the year with Halifax in the AHL, he showed a lot of improvement in his three game call up with Quebec in 1990-91. For the next three seasons, he built up his skill and experience, getting into progressively more NHL games (23, 37, then 50). In 1994 he played two games as the back-up goalie to Bill Ranford as Canada won gold in the IIHF World Championships. In 1995-96, when Quebec moved to Colorado, Fiset went with them. He was the number one goalie for the team ahead of Jocelyn Thibault until Patrick Roy was acquired. Backing up Roy for the remainder of the season, Fiset's 22-6-7 record played an instrumental part in the Colorado Avalanche making the playoffs and winning the Stanley Cup in 1996. With Roy as the firm number one, Fiset was traded to Los Angeles to keep his starting role. He played 193 games for the Kings over his first four seasons with them before injuries limited him to only 7 games in 2000-01. In 2001-02, he was traded to the Montreal Canadiens where he played the final two NHL regular season games and final playoff game of his career. He announced his retirement in 2002 and he is currently a coach and scout with Thetford in the QCHL.

What you are looking at right now is a game worn 1989-90 Team Canada World Junior Championships jersey used by Stephane Fiset when he led Canada to gold and was named the Tournament All-Star and MVP Goalie.

Dates of Game Use (I am not sure of all of the games in which Canada wore the white jersey for but very likely 2-3 other games on top of the one listed as well):
January 1, 1990 v Soviet Union (6-4W) 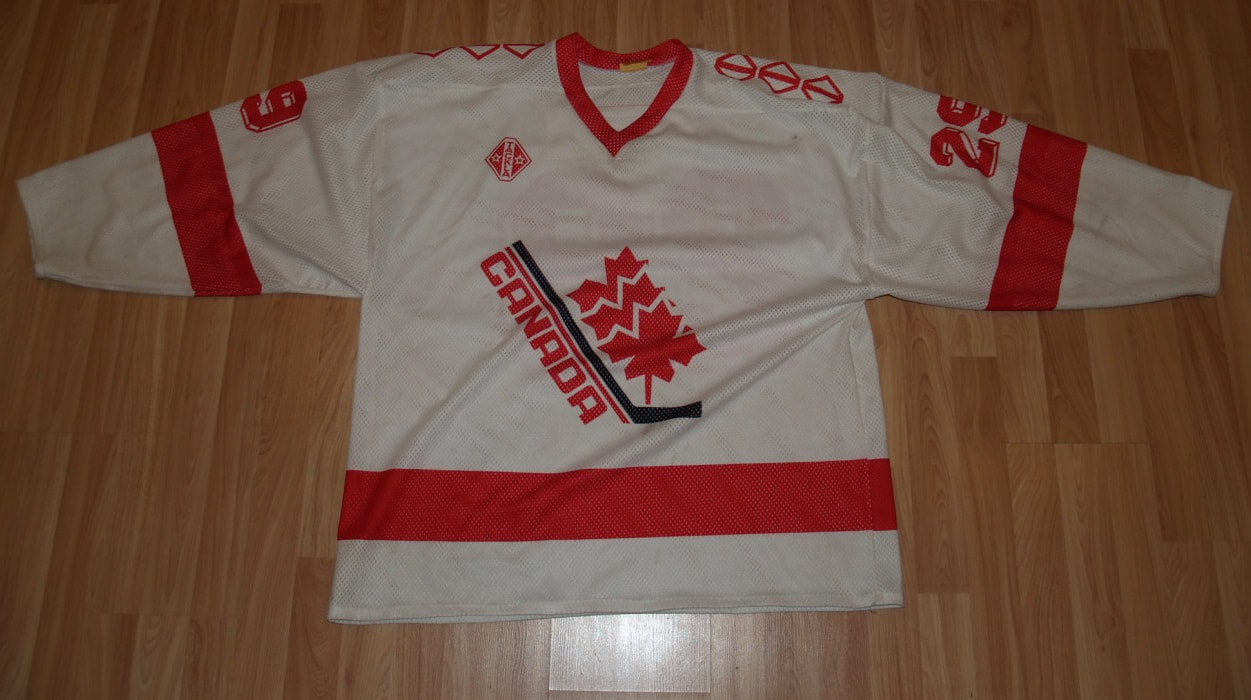 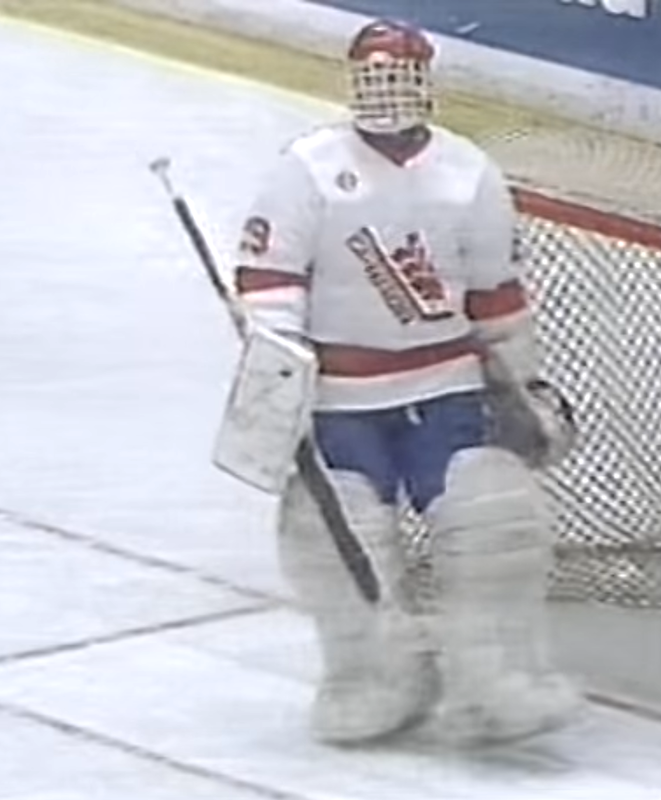 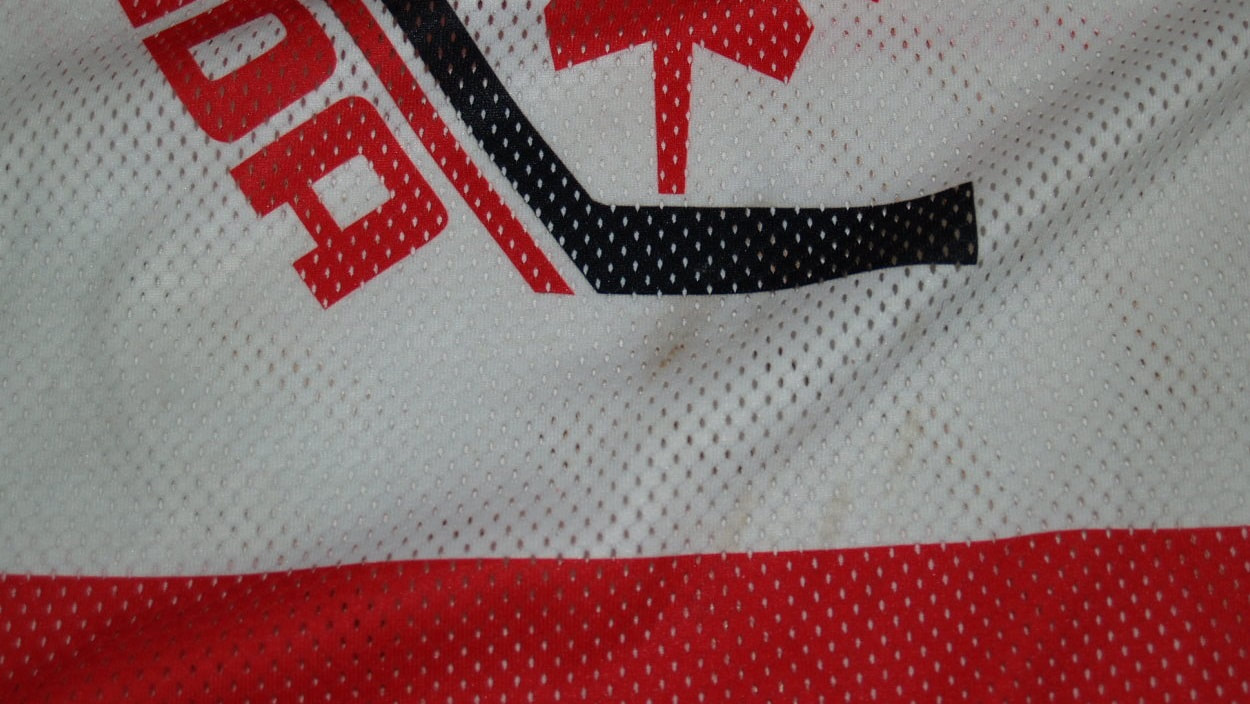 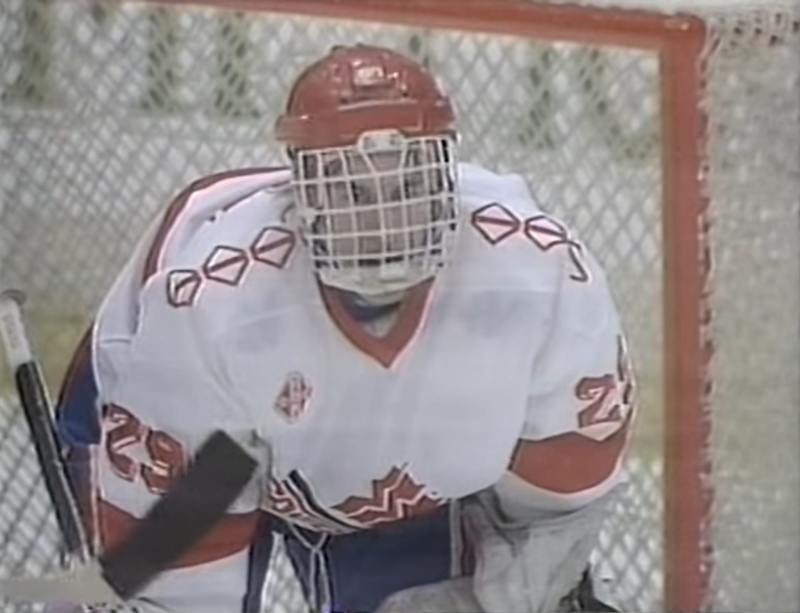 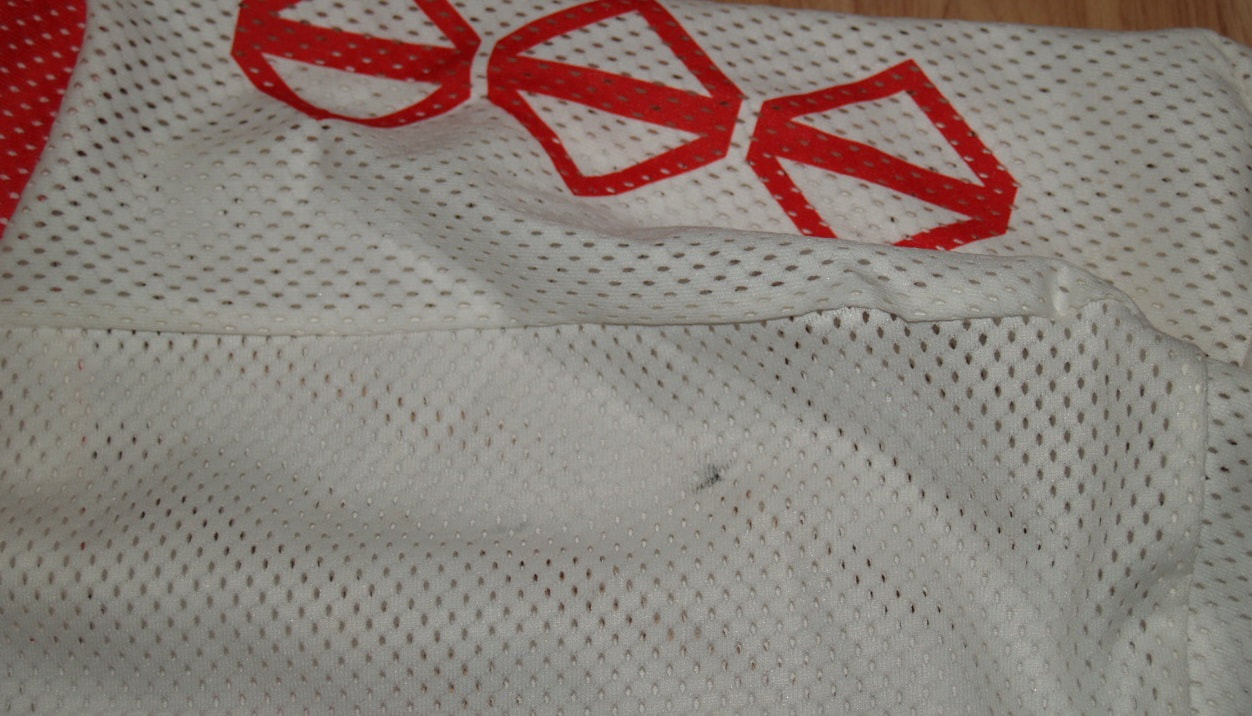 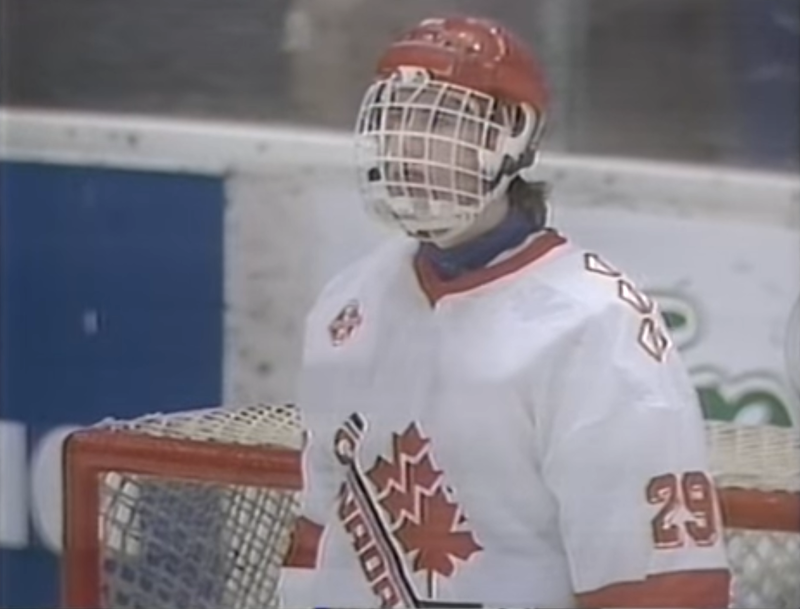 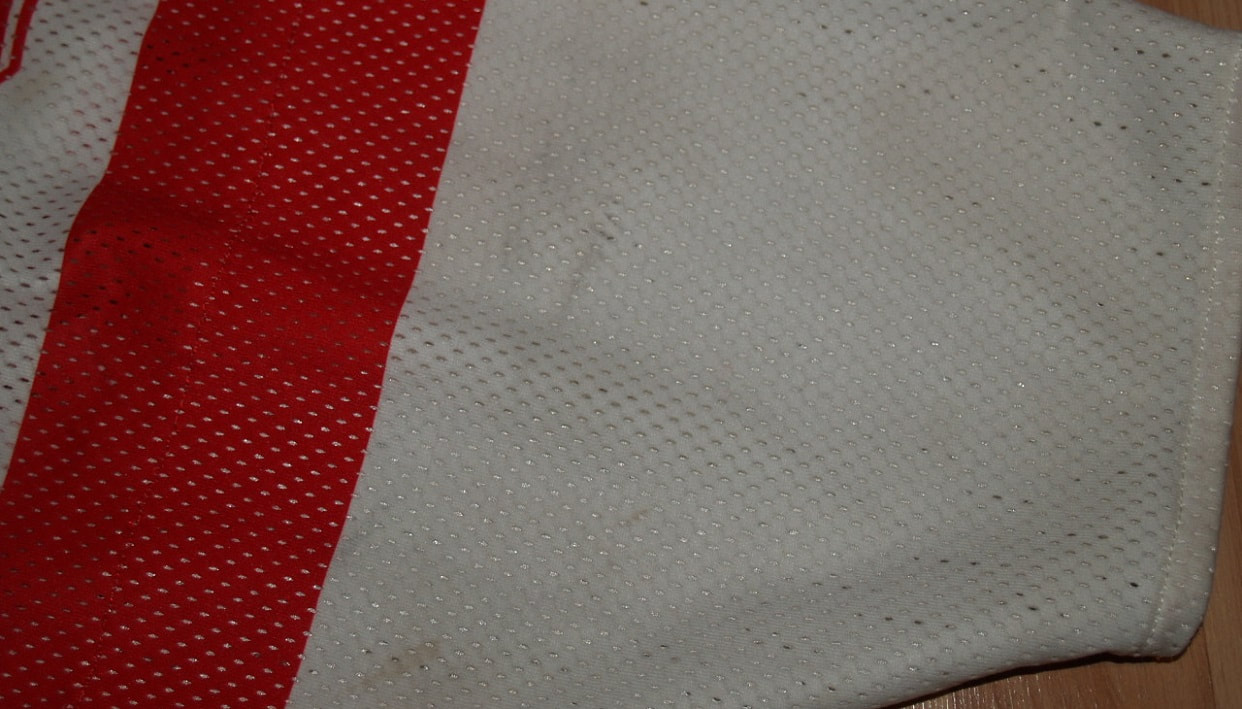 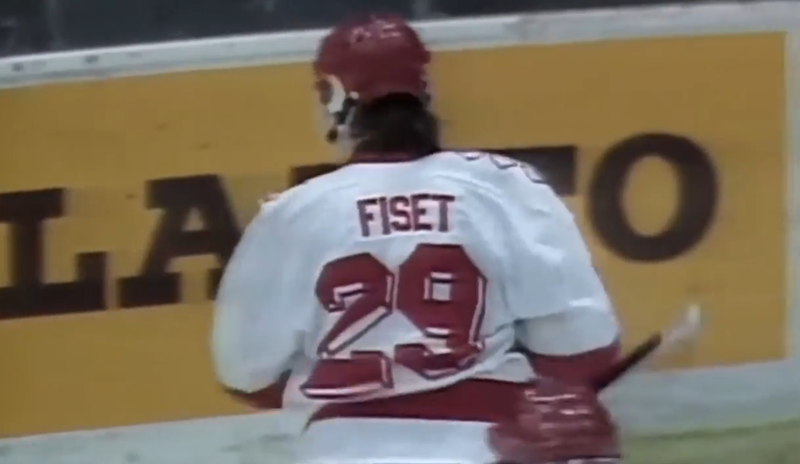 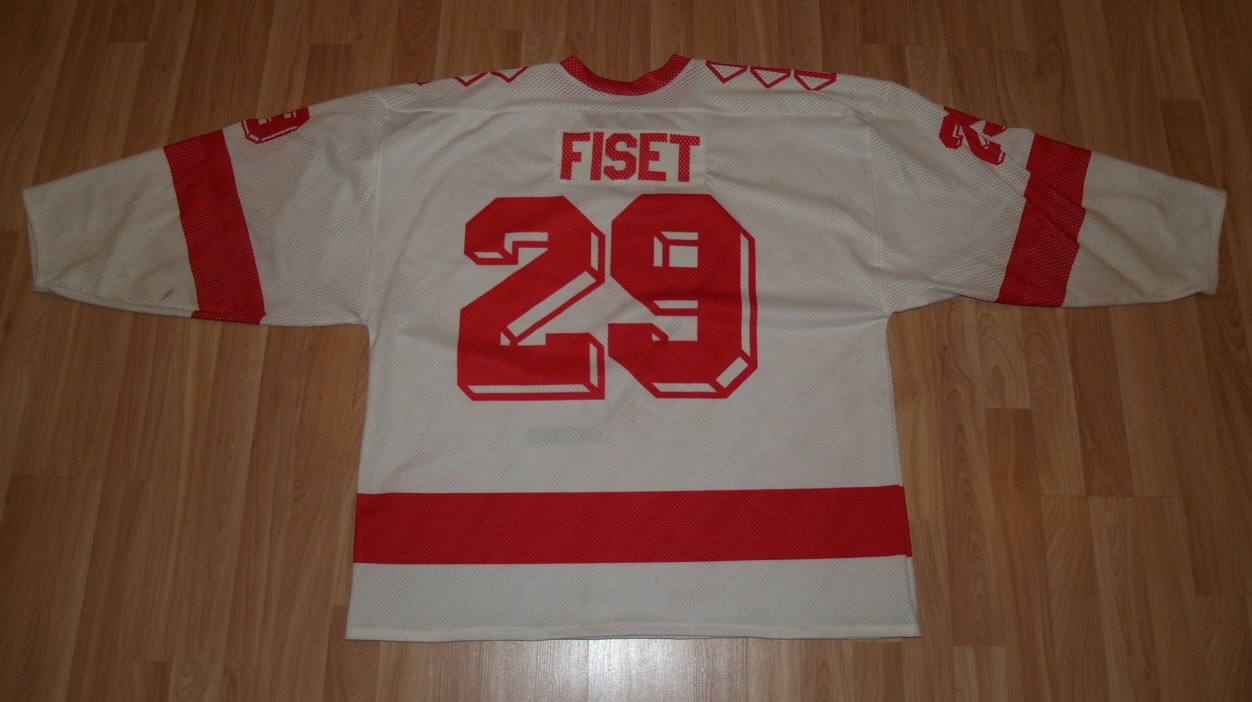 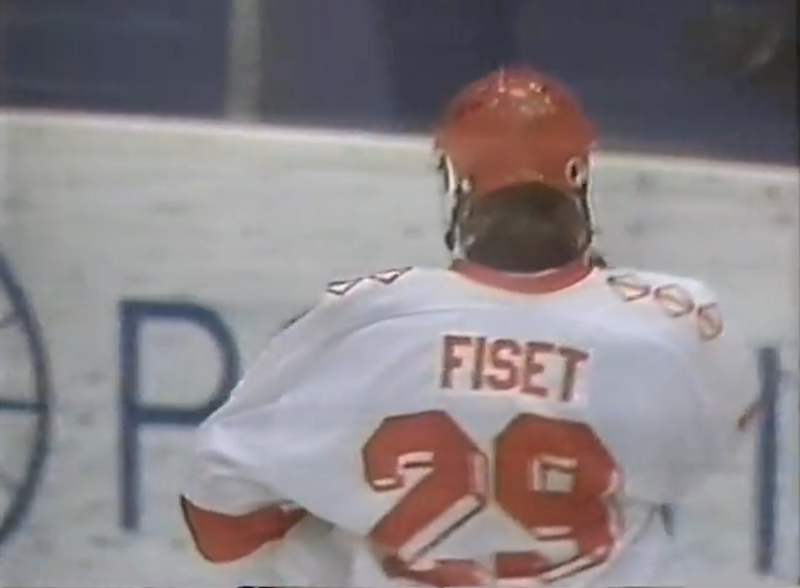 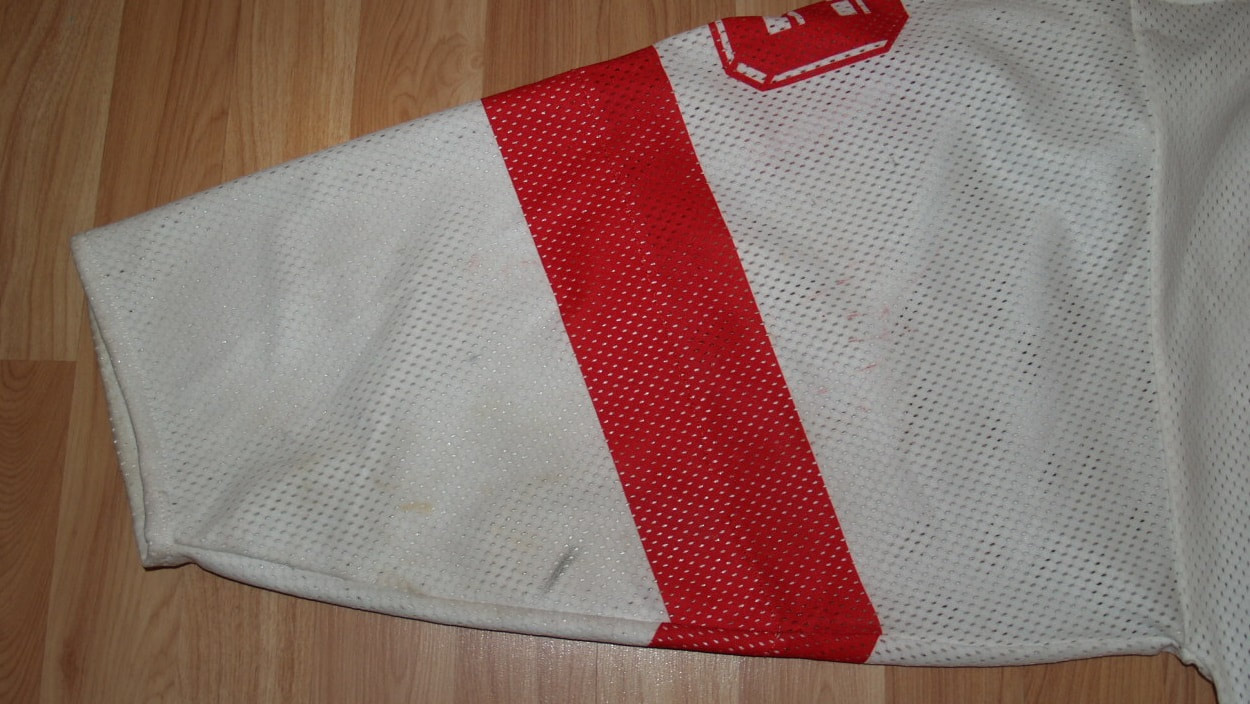 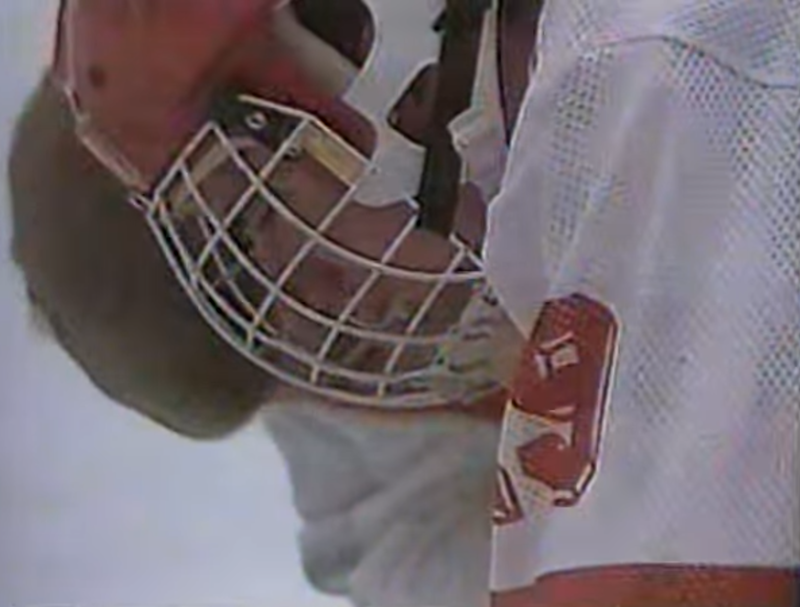 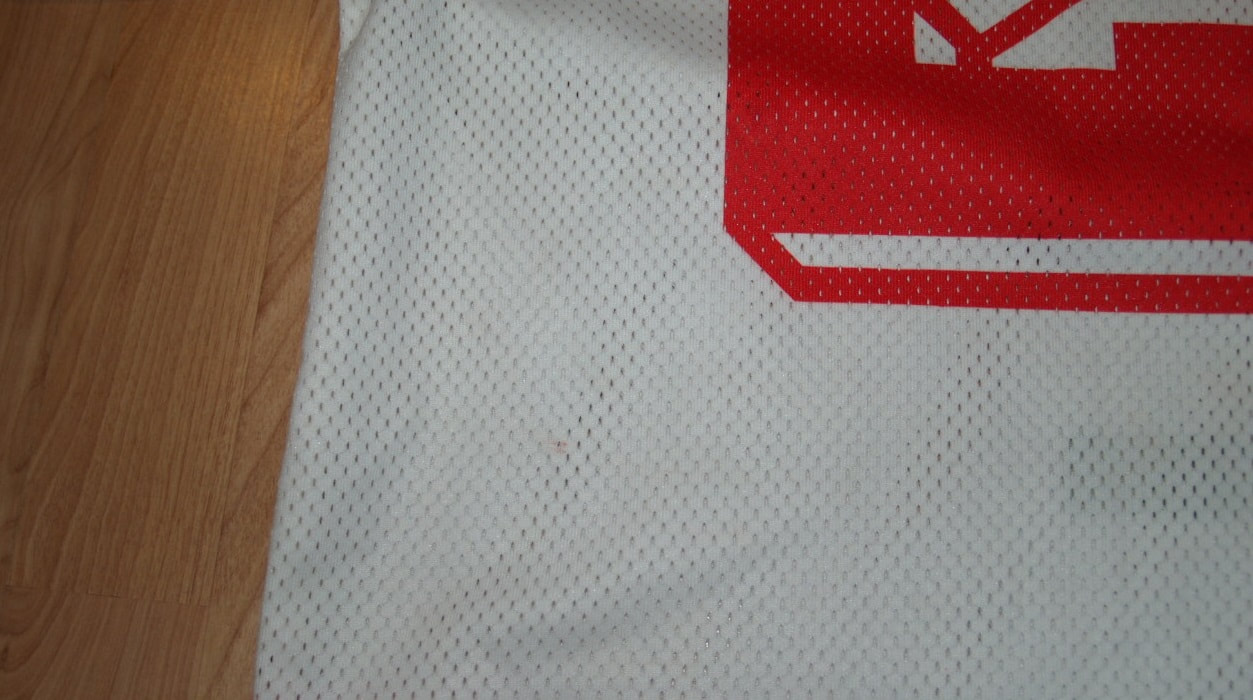 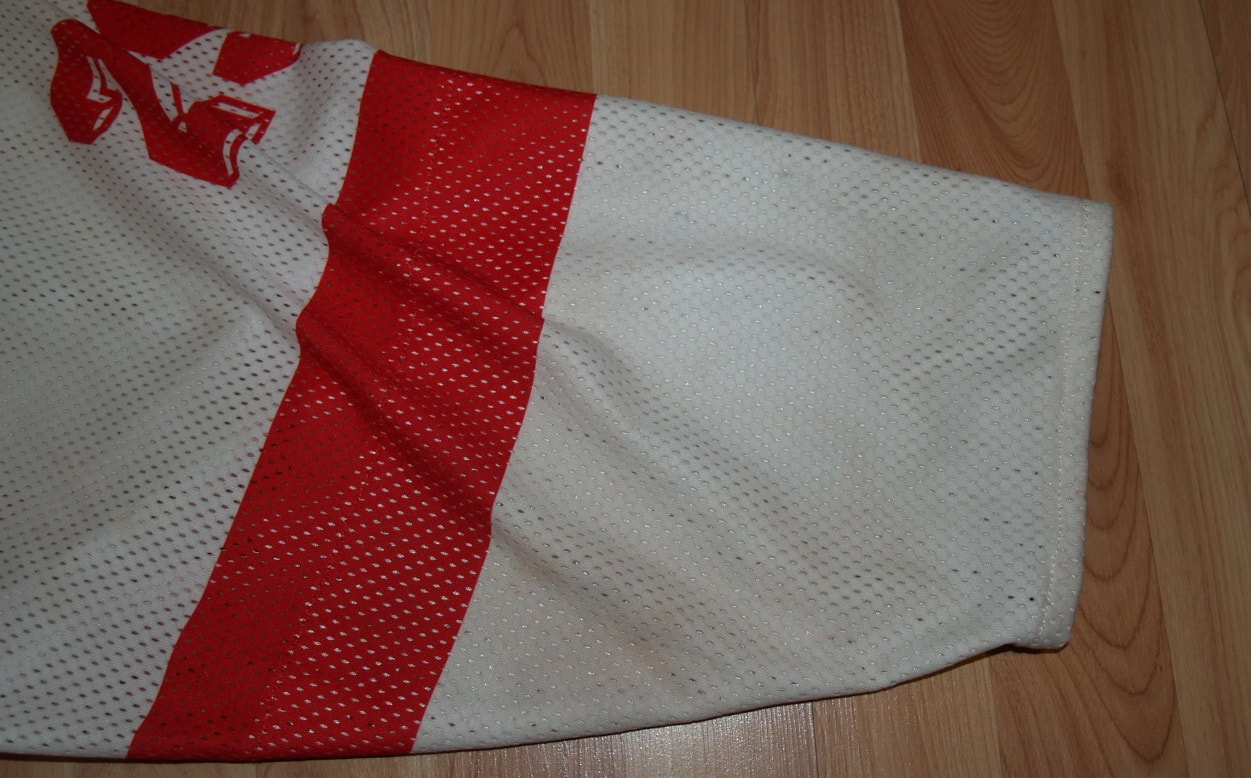 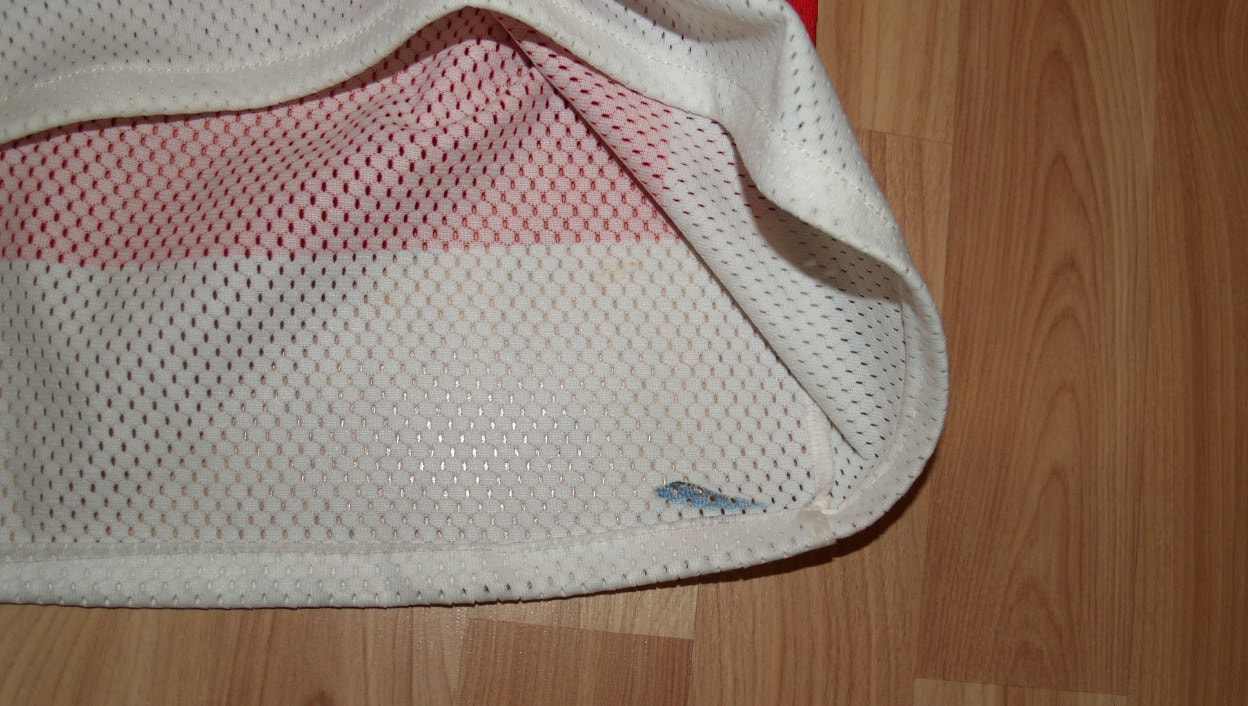 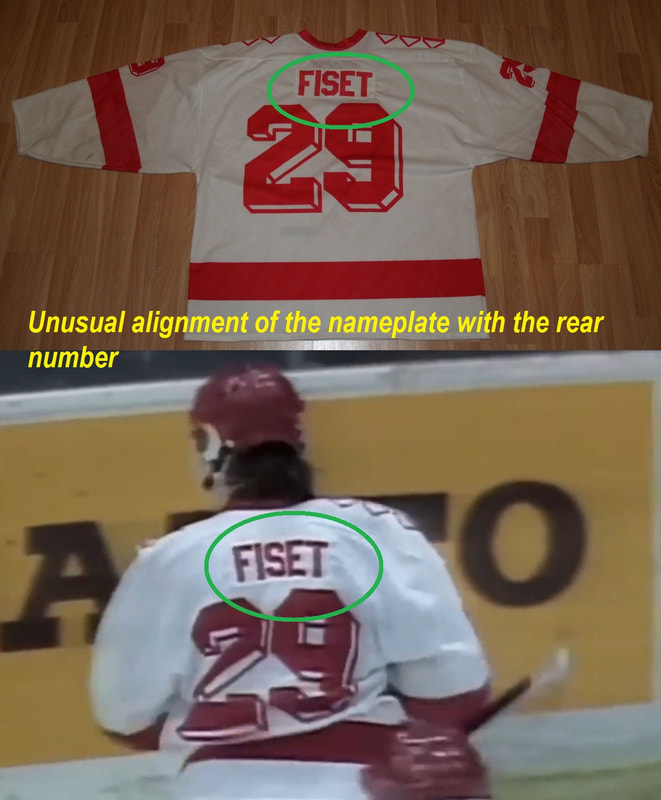 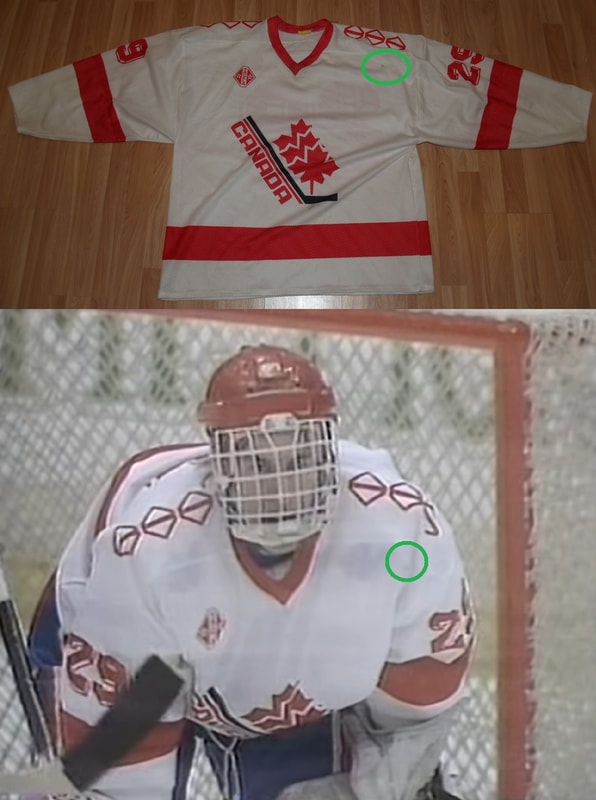