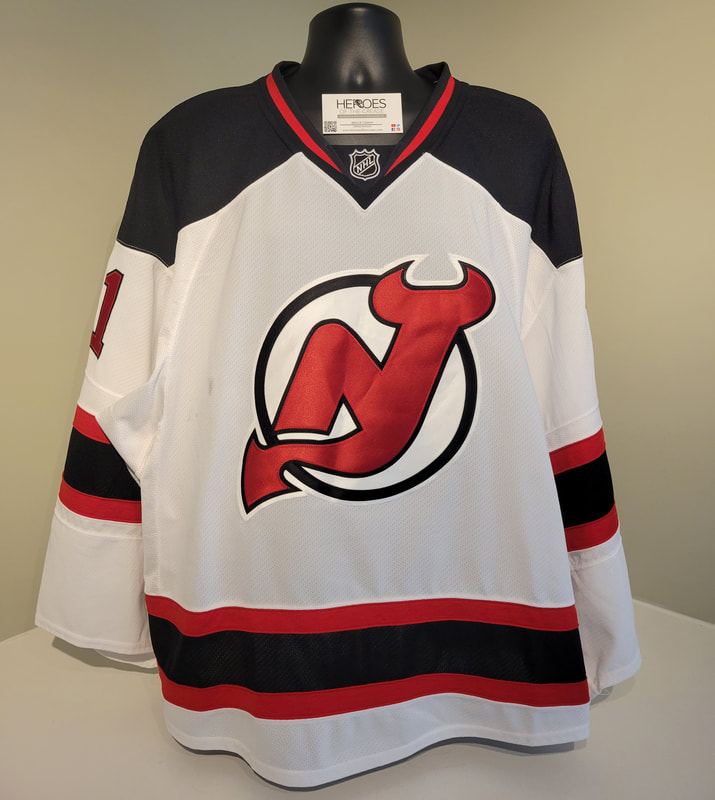 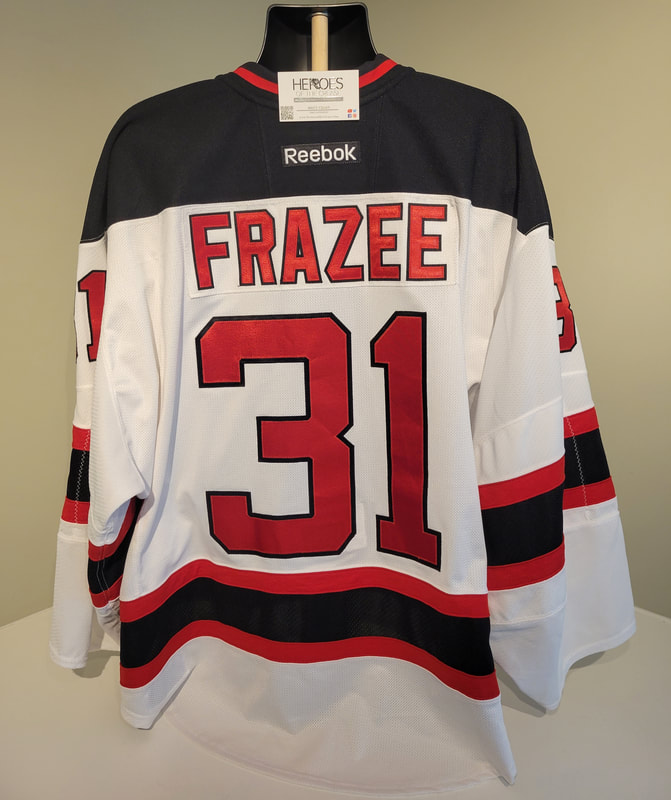 Jeff Frazee, born May 13, 1987, was a University of Minnesota standout goaltender drafted 38th overall by the New Jersey Devils in 2005. Being drafted by the Devils meant that he would have a long tough road in ever seeing NHL action as Martin Brodeur had been denying others for more than two decades at that point. Doing the grind in the minors for six seasons, and with Brodeur out with injury, and Johan Hedberg getting drilled for five goals against, it was finally Frazee's chance in the show. On March 9, 2013, Frazee was called into action against the Carolina Hurricanes. He played the final 18 minutes of the game stopping all 3 shots he faced in an eventual 6-3 loss. At the conclusion of the 2012-13 season, Frazee left North America and jumped around various European hockey leagues until he retired from play at the conclusion of the 2016-17 season.

This New Jersey Devils road jersey was worn by Jeff Frazee in his NHL debut, and his only ever game in the NHL.

Despite the limited game action seen by the jersey, there are still some decent puck markings on the front crest area. 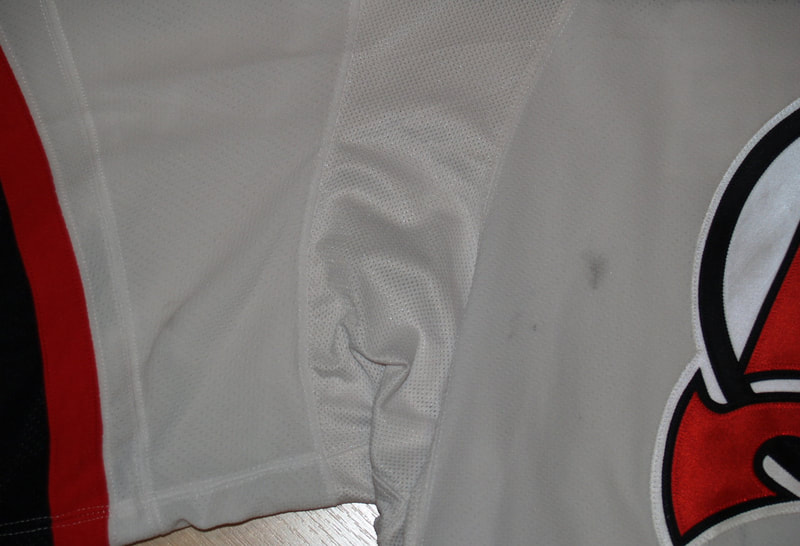 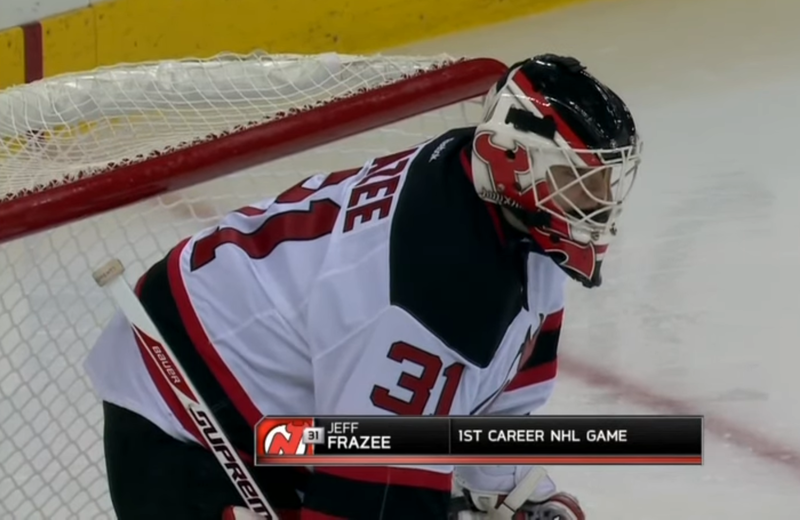