​Born on November 3, 1967 in Montreal, Quebec, Mike O'Neill was a collegiate all-star goalie at Yale University from 1985 to 1989. He was drafted 15th overall by the Winnipeg Jets in the 1988 Supplemental Draft. After finishing at Yale, he played a season of pro hockey in Finland with Tappara Tampere prior to joining the Jets' system for the 1990-91 season. He split the season between the Moncton Hawks in the AHL and Fort Wayne Komets of the IHL, and posted promising numbers in the minors. He split the season evenly among the same teams in 1991-92, again, posting very good numbers for the era, however, on December 17, 1991, it happened. Backing up Stephane Beauregard against the Flames, Mike O'Neill relieved him for nearly 12.5 minutes, surrendering one goal on seven shots in the team's 7-4 loss. He played two more games with the Jets the following season, then appeared in a further 17 games with them in 1993-94, recording 0 wins , 9 losses, and 1 tie. From there, he was relegated to the minors  until 1996-97 when he was signed by the Anaheim Mighty Ducks. He played a half game in relief of Mikhail Shtalenkov. He was then signed by Washington the following season, went to Austria in 1998-99, then Los Angeles recalled him to dress as a backup in 1999-00, however, he did not see any game action. He played one final season of pro hockey with the Sheffield Steelers in 2000-01 (winning four championships with the squad that season) prior to retiring from play.

In his NHL career, Mike O'Neill appeared in 21 games, recording an 0-9-2 record with a 4.28GAA, and a 0.859% save average. There has to be a goalie with such an NHL record, but O'Neill currently holds the NHL record for most games in an NHL career without a win.

What you are looking at right now is a circa 1991-94 era game used Mike O'Neill Winnipeg Jets and/or minors stick. There is a sticker that says "Winnipeg Jets, May 19, 1992", however, the Jets were not in action at that time as it was the middle of the conference finals with the Jets long in their off-season, and Moncton's playoffs had also been ended by that point. The tape job, knob, and everything about the stick is correct and it demonstrates light game wear.

Dates of game use: Unknown at this time 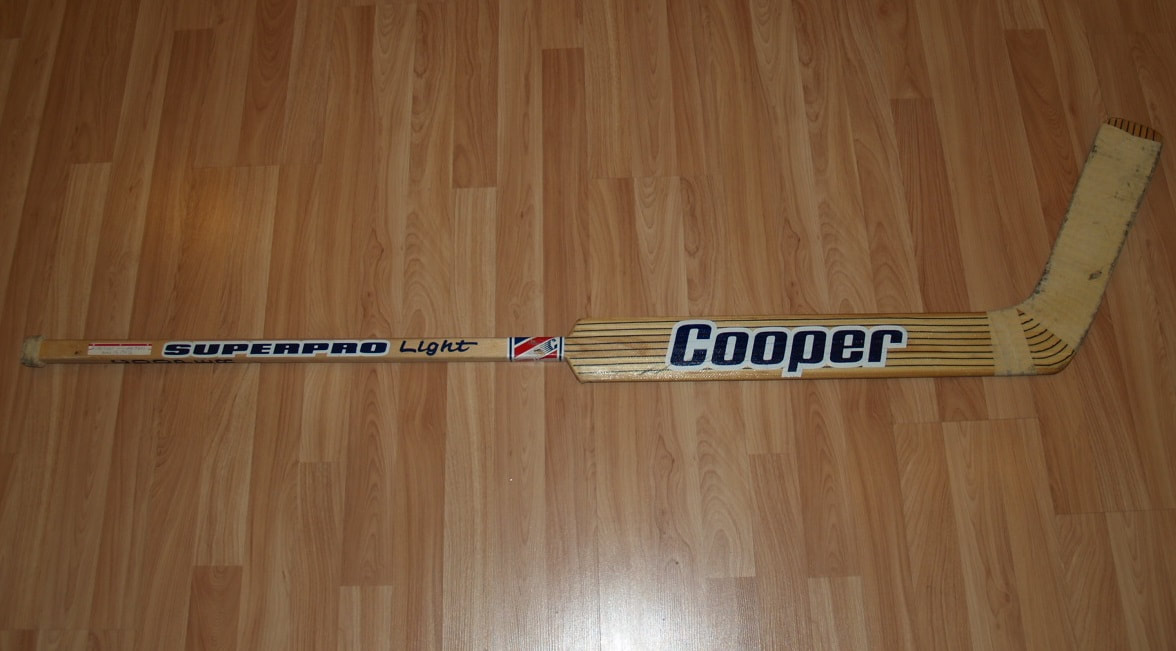 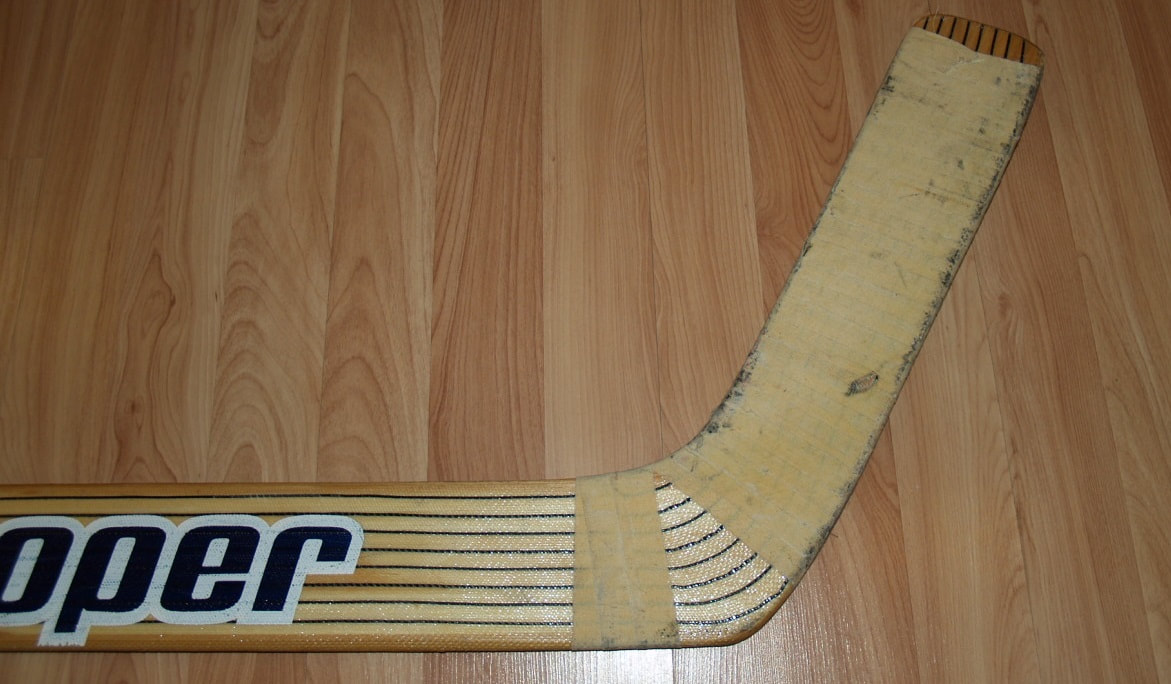 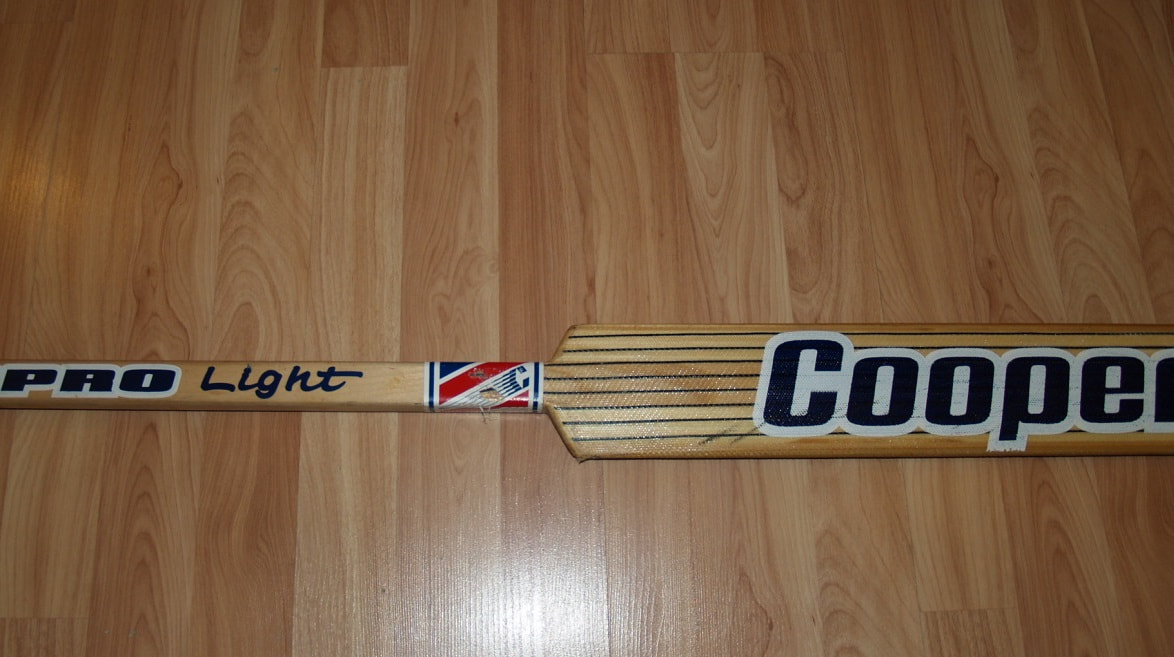 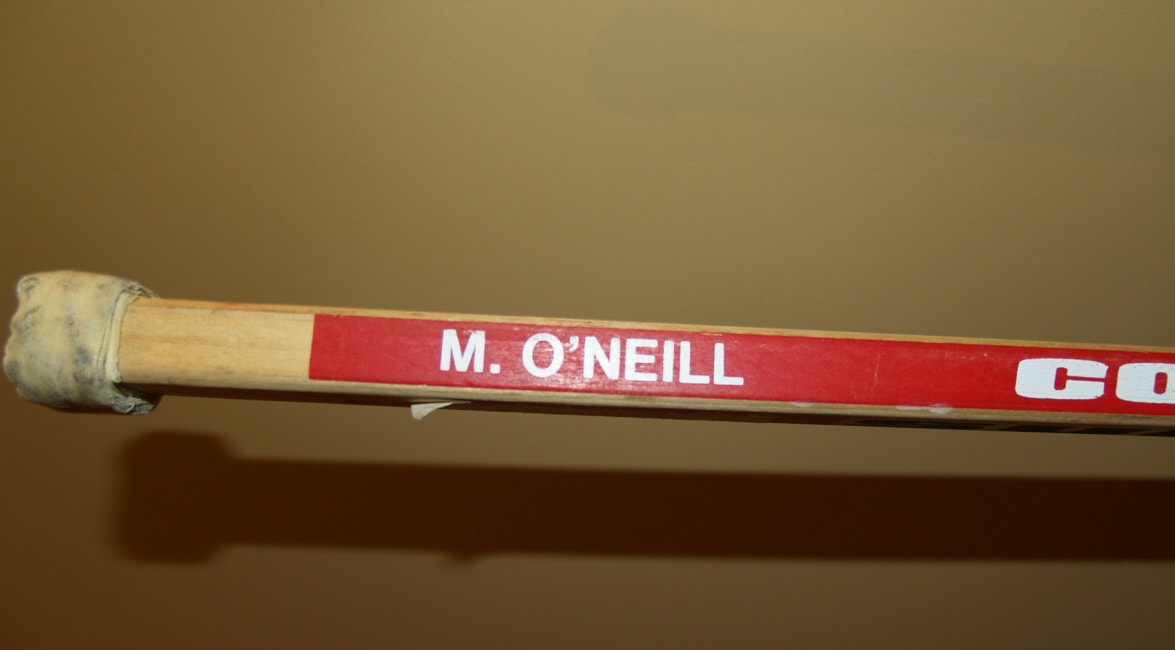 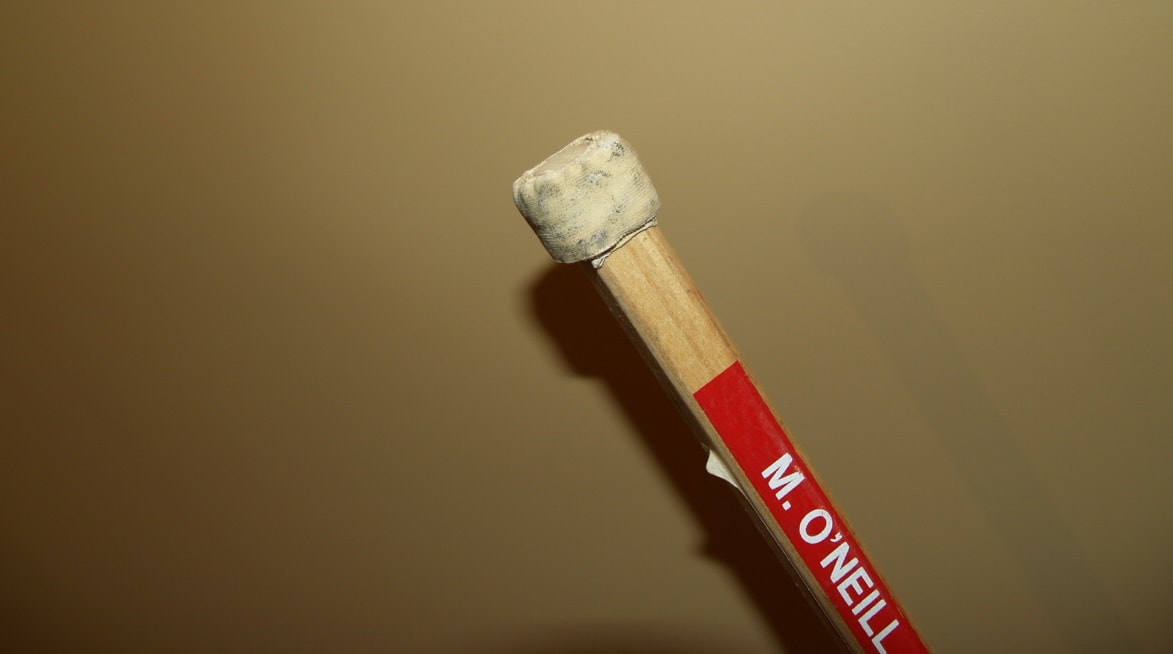 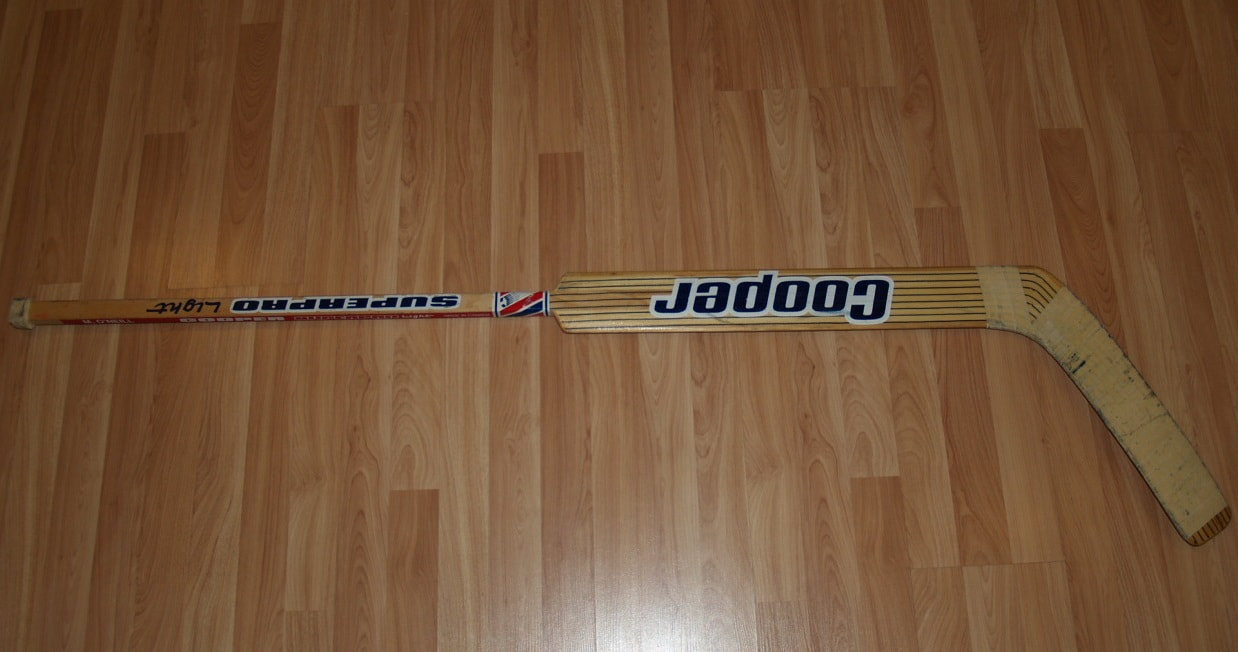 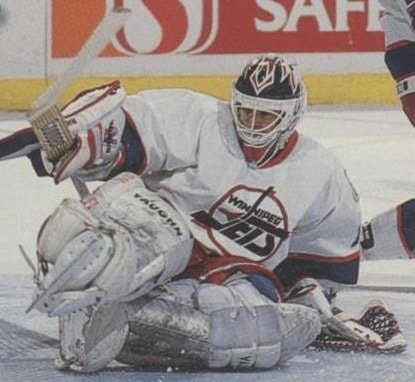 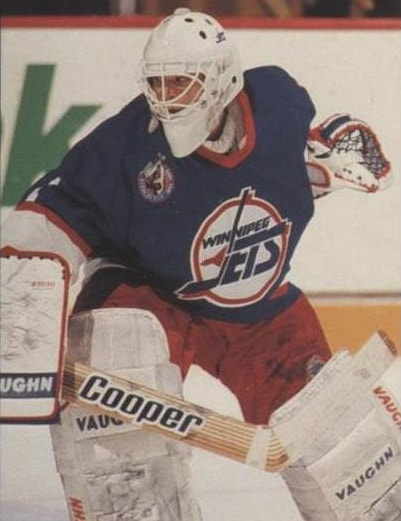