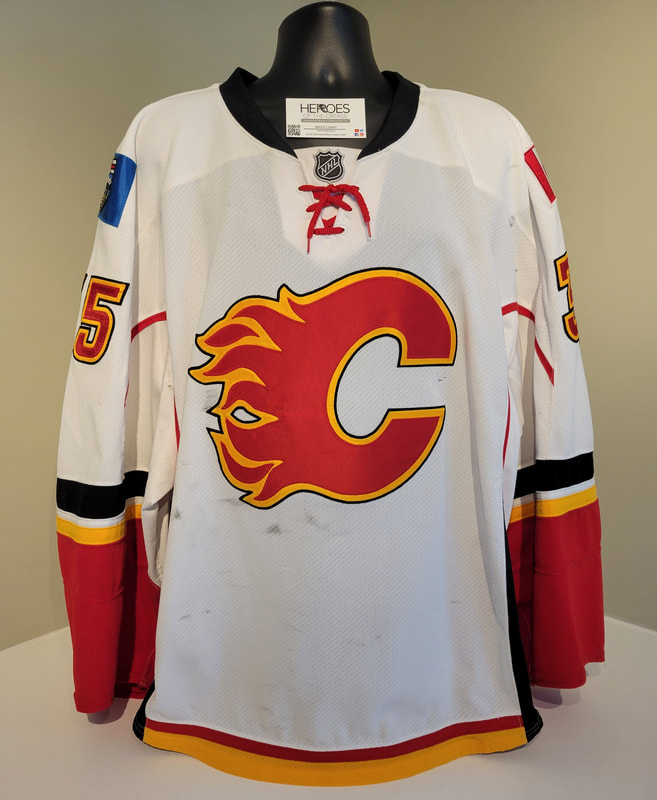 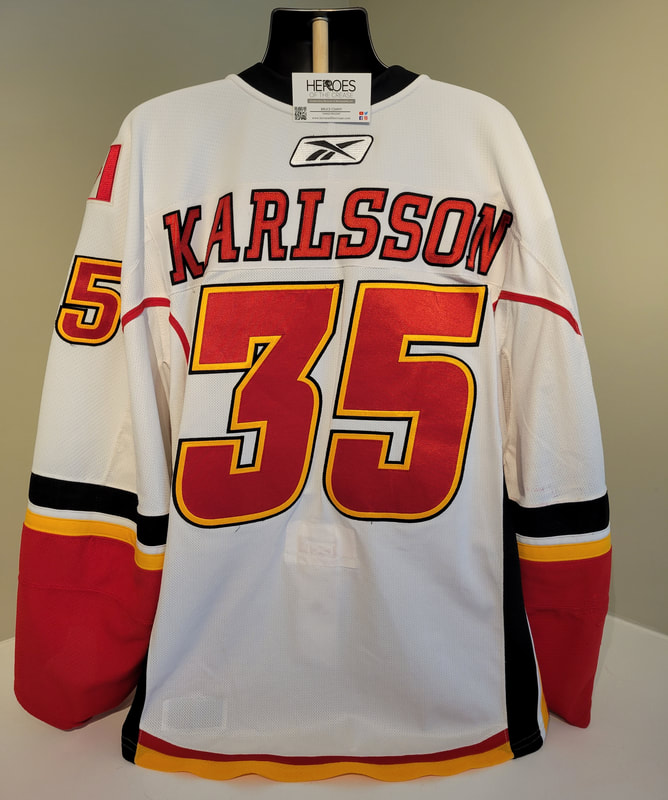 Henrik Karlsson, born on November 27, 1983, was an undrafted goaltender originally signed by the San Jose Sharks. Never appearing for the team, instead opting to stay in Europe, his rights were eventually traded to Calgary. Boasting impressive numbers in the European leagues, Karlsson secured his position as the number two goalie for Miikka Kiprusoff in the 2010-11 season. Karlsson made his NHL debut on October 22, 2010 against the Columbus Blue Jackets (while wearing this jersey). He led his team to a convincing 6-2 victory while recording 20 saves on 22 shots. In that 2010-11 season, Karlsson appeared in a total of 17 games, recording a 4-5-6 record. The following year, he was limited to nine games, in part due to an MCL sprain, also in part due to Kiprusoff's strong play. The following season, shortened by the lockout, Karlsson was traded to the Chicago Blackhawks. He was recalled during their run for the Stanley Cup, but he never appeared in game action, therefore his name was not added to the Stanley Cup. Following the 2012-13 season, Karlsson signed with a team in the Swedish Hockey League before going to the KHL mid-season. Since that season, he continued to play in the KHL, before retiring at the conclusion of the 2020-21 season.

This piece is a game-worn Calgary Flames Set 1 road sweater used in Karlsson's NHL debut, and first NHL win. This jersey set was used in all road games from the beginning of the season until December 21, 2010. In total, Henrik Karlsson wore this sweater in game action a total of five times, twice against the Columbus Blue Jackets, and then against the New Jersey Devils, Minnesota Wild, and the Anaheim Ducks. He faced a total of 126 shots, stopping an impressive 117 of them. The incredible wear and tear accumulated in such a short time is a testament to the work ethic of this goaltender. A notable photomatch is Mr. Karlsson's 2010-11 Panini Zenith Rookie Card.

Acquired From: Meigray Group with LOA 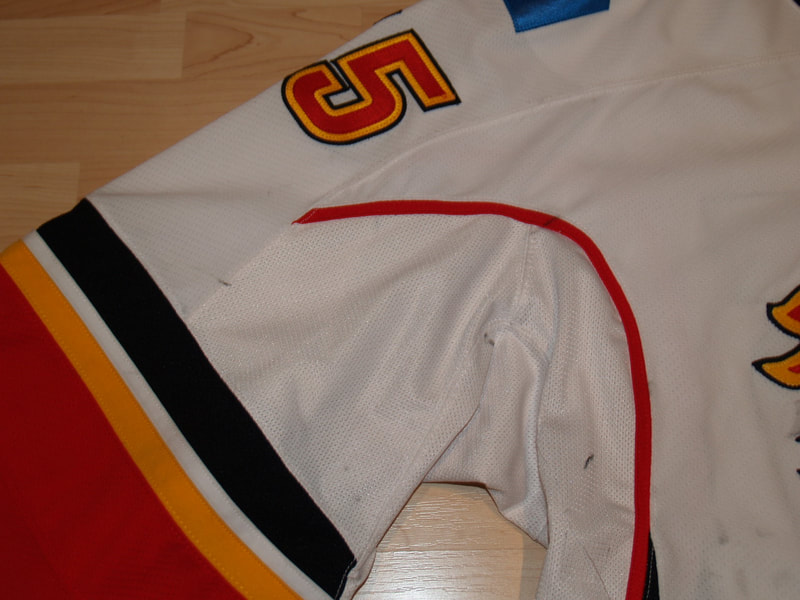 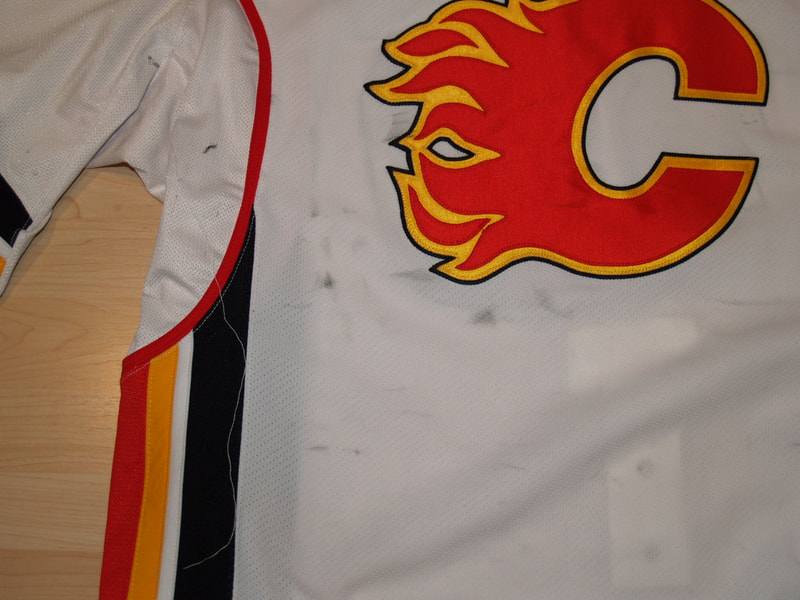 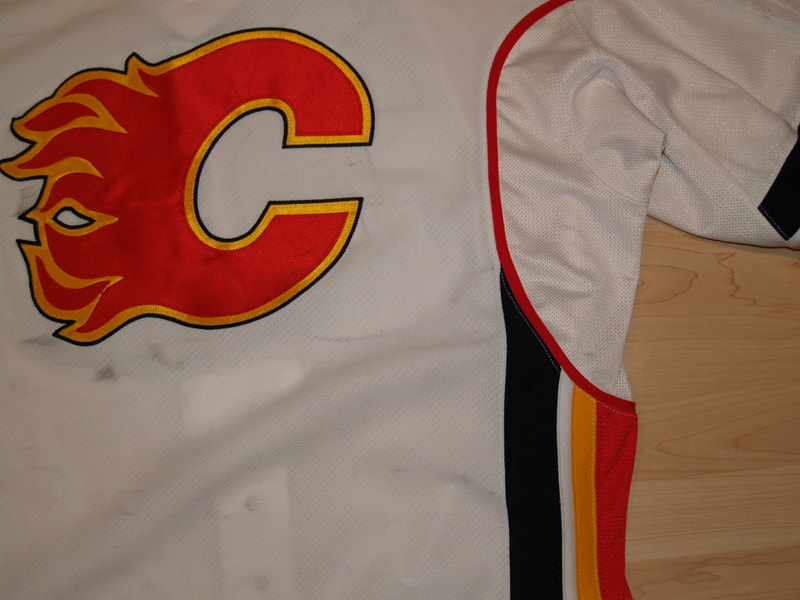 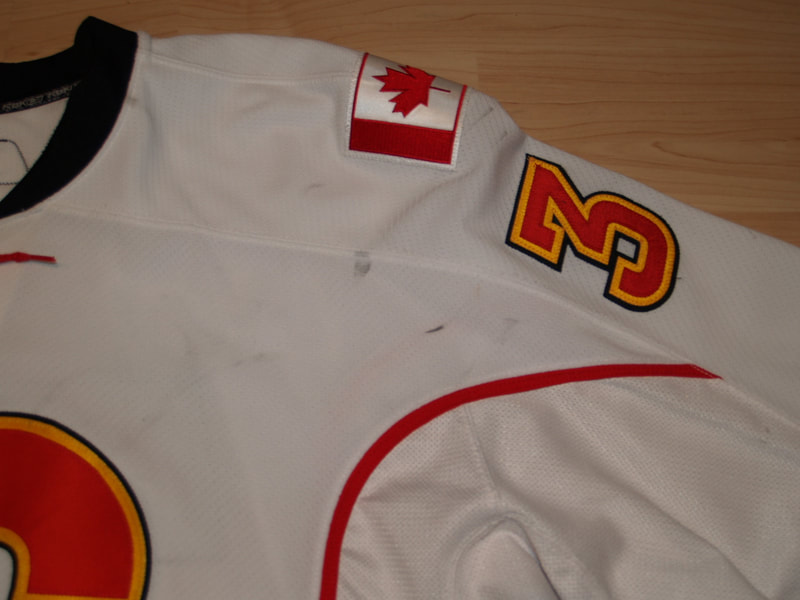 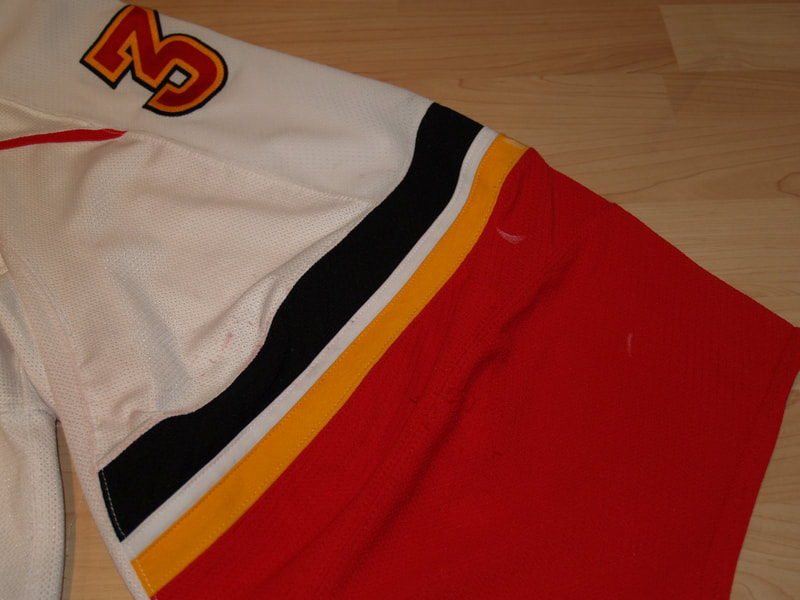 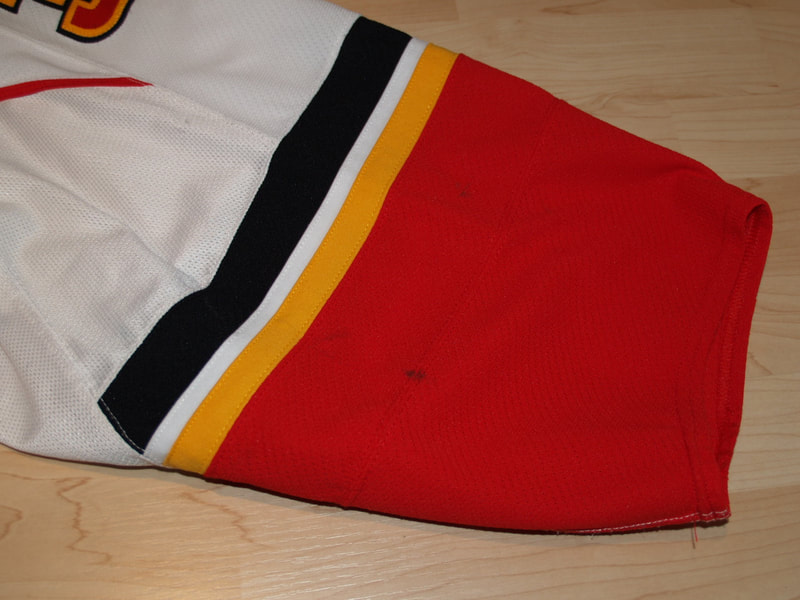 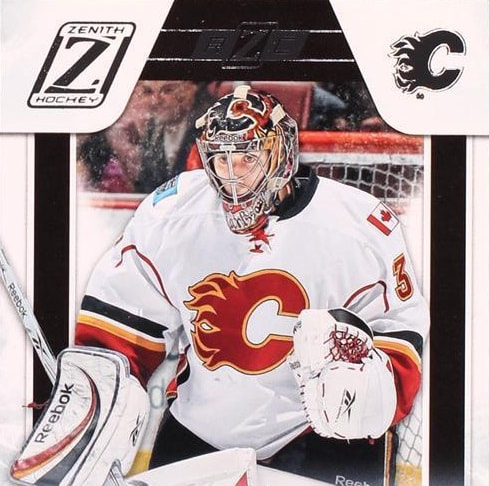