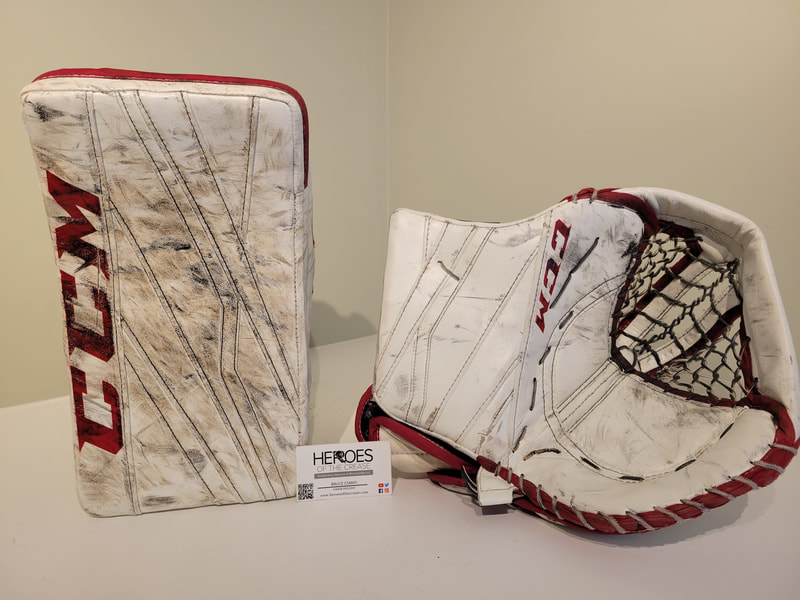 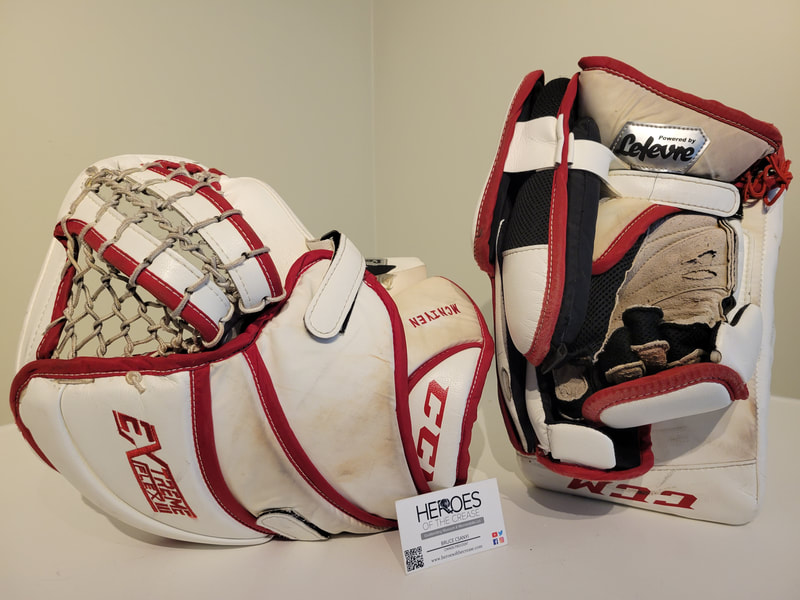 What you are looking at right now is a game worn CCM glove and blocker set worn by Michael McNiven with the Owen Sound Attack in the OHL, as well as with the Montreal Canadiens in the 2017 NHL Rookie Tournament. It features tremendous wear and is definitively photomatched to both squads.

Born on July 9, 1997 in Georgetown, Ontario, Michael McNiven was signed by the Montreal Canadiens in 2015 after his first season of major juniors with the Owen Sound Attack in the OHL. By his third year in the OHL, he proved to be an elite junior goalie as he not only recorded an impressive 41-9-4 record in 2016-17, he was also named the OHL and CHL goalie of the year. He turned pro the following season. In 2018-19, he got his first recall to the NHL with the Habs, backing up in four games though never playing a game. After a busy 2019-20 season which saw McNiven play with four different minor-pro teams, and a 2020-21 season which saw him appear in 13 games with Laval, the moment he had been waiting for finally happened in the 2021-22 campaign. On recall with the Canadiens, he made his NHL debut on January 24, 2022 vs the Minnesota Wild. Replacing Cayden Primeau in goal for the final period of action, McNiven stopped 4 of 7 shots in Montreal's 8-2 defeat. He was later traded to Calgary, then Ottawa later on in the season. He is currently under contract with the Greenville Swamp Rabbits in the ECHL.

As his career is still ongoing, his career record will not yet be posted at this time. 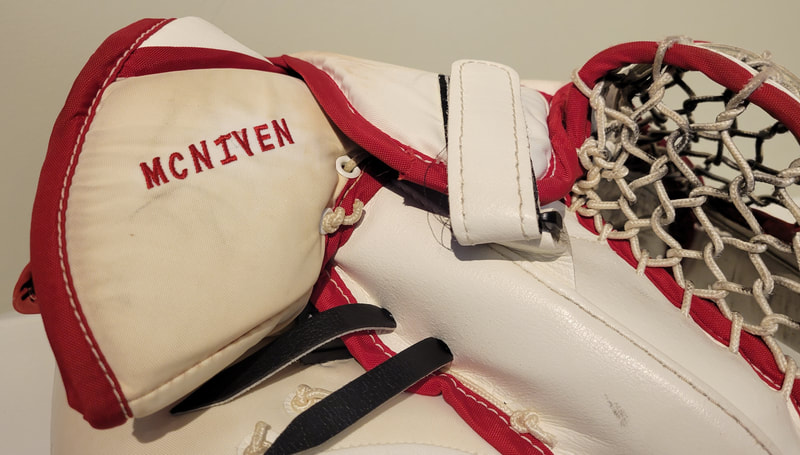 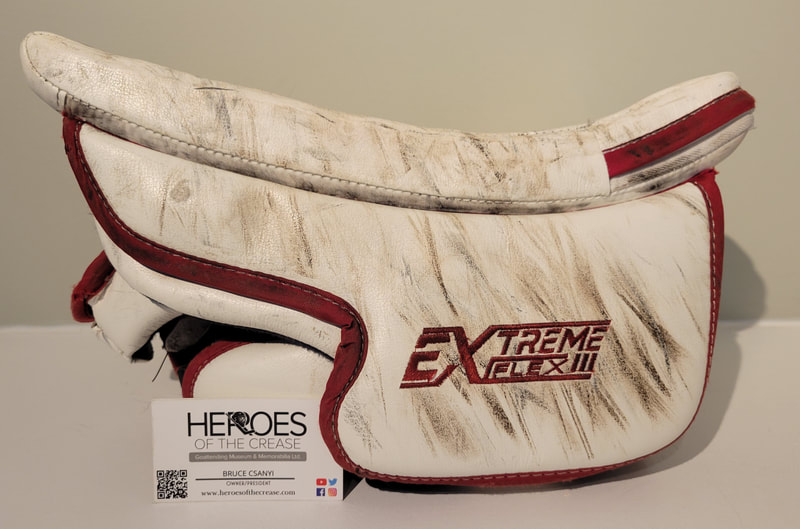 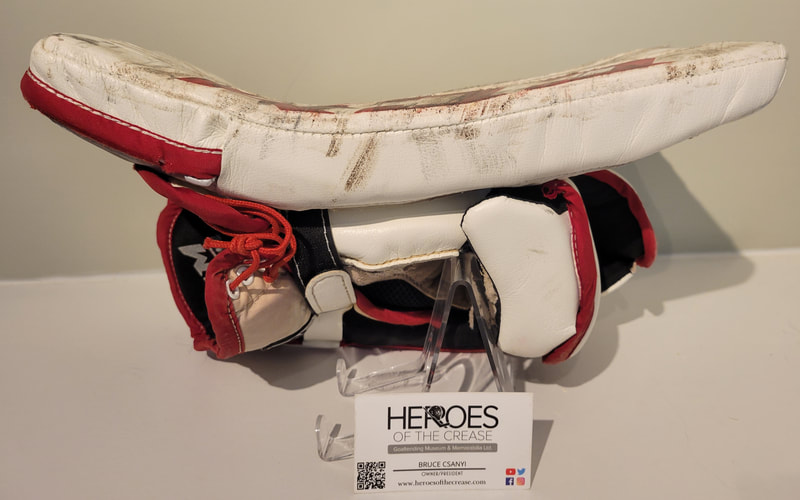 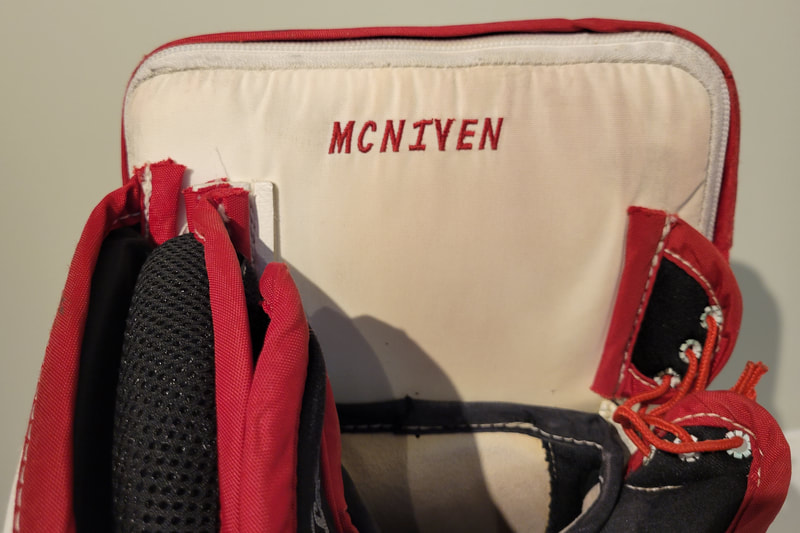