Born on July 5, 1987 in Caledonia, Ontario, Cameron Talbot was never drafted, though completed a Collegiate career with the University of Alabama-Huntsville and leading them to an NCAA title prior to being signed by the New York Rangers at the conclusion of his time there in 2010. In 2010-11, he spent a large percentage of the season in the AHL, though got his first call-up to the NHL with no game action. After two more seasons with a progressively larger workload in the AHL, Talbot earned his position as Henrik Lundqvist's backup in 2013-14. On October 24, 2013...it happened! Facing the Philadelphia Flyers, Talbot was given the start in goal and stopped 25 of 27 shots in a 2-1 loss. He finished his first NHL season with 21 games played, and an impressive 1.64GAA and 0.941% save average. After another strong season in which he improved in most every way, he was acquired by the Edmonton Oilers in 2015-16. As an NHL starter, he appeared in 56 games in his first season in Edmonton. That off-season, he led Team Canada to the Gold Medal in the IIHF World Championships. In his second season with the Oilers, he showed that he was the real deal. Appearing in 73 games, he recorded a franchise record 42 wins (which also happened to lead the entire NHL that year), as well as 7 shutouts as he led the Oilers into the playoff semi-finals and to within a single win of the Conference Finals. After two more seasons in Edmonton, Talbot was traded to Philadelphia for a short 4 game stint. He signed in Calgary in 2019-20 and appeared in 26 games, as well as 10 playoff games. While in Calgary, he also got into a goalie fight with Mike Smith of the Oilers as a literal battle of the swapped starting goalies. He then became a member of the Wild in 2020-21, where he is still their number one goalie today.

As his career his still ongoing, career stats will not be posted at this time.

Acquired from: Oilers practice goalie who obtained the set direct from Roger's Place and the Edmonton Oilers

Dates of Game Use:
A definitive list in which these items were used is unknown at this time. To be updated as we research more. 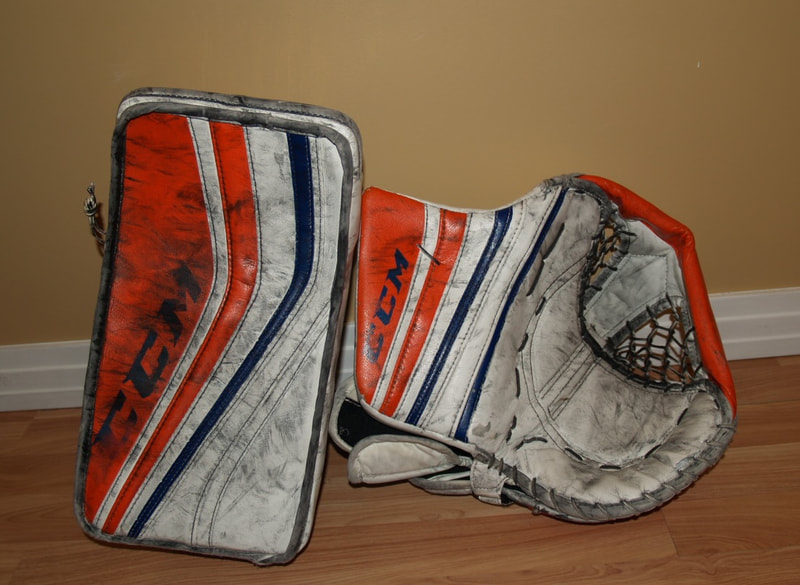 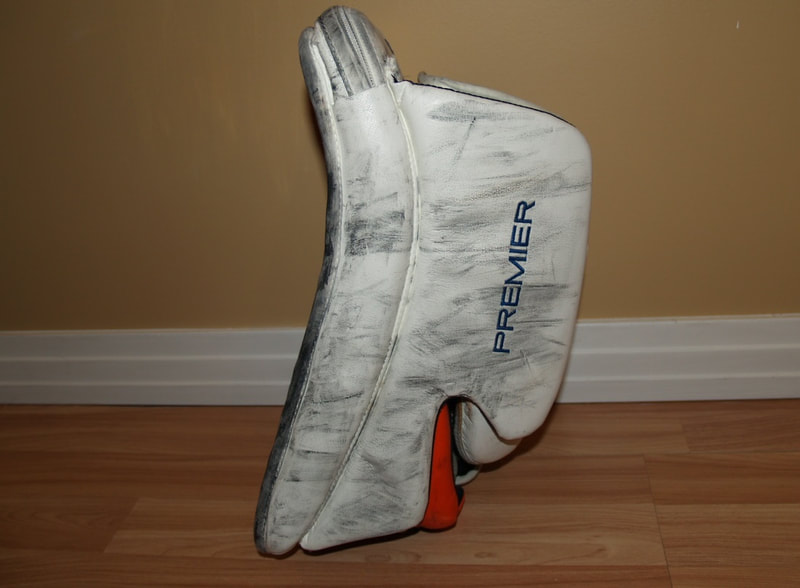 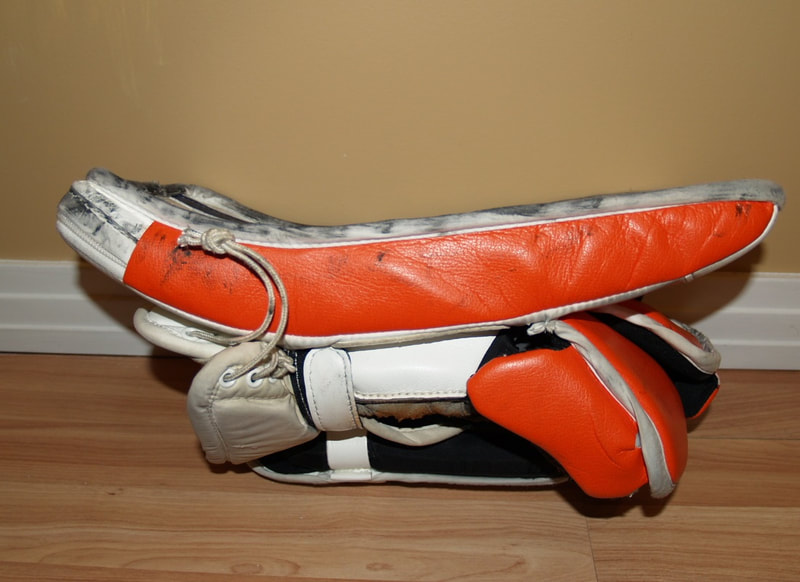 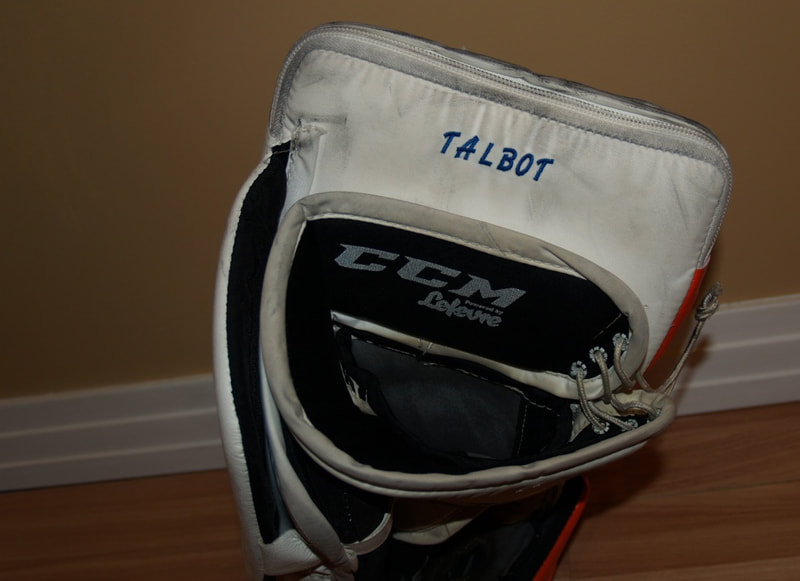 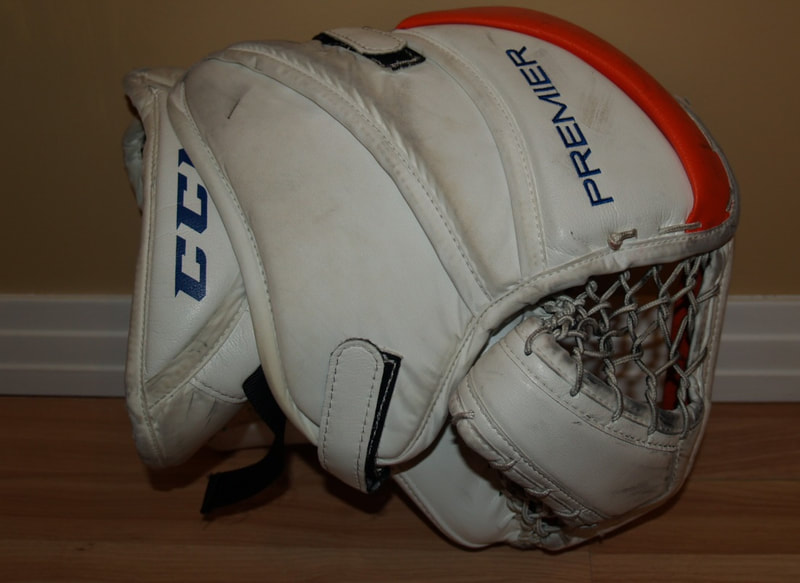 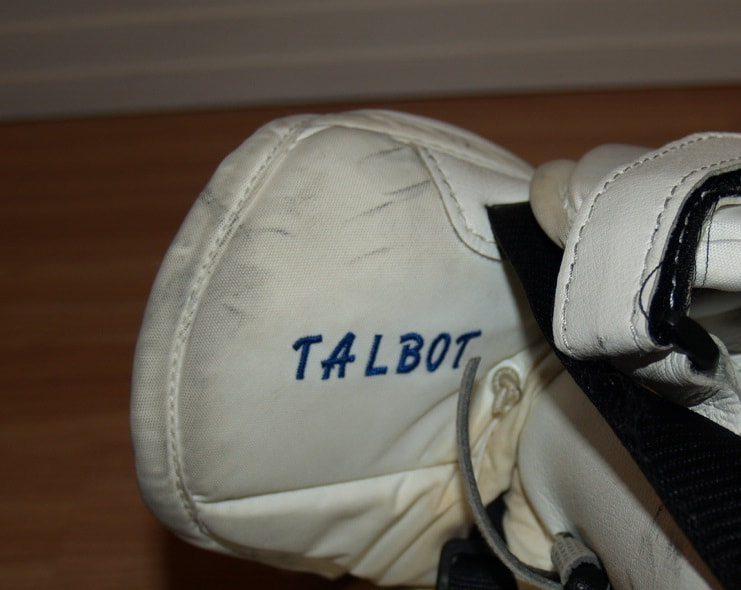 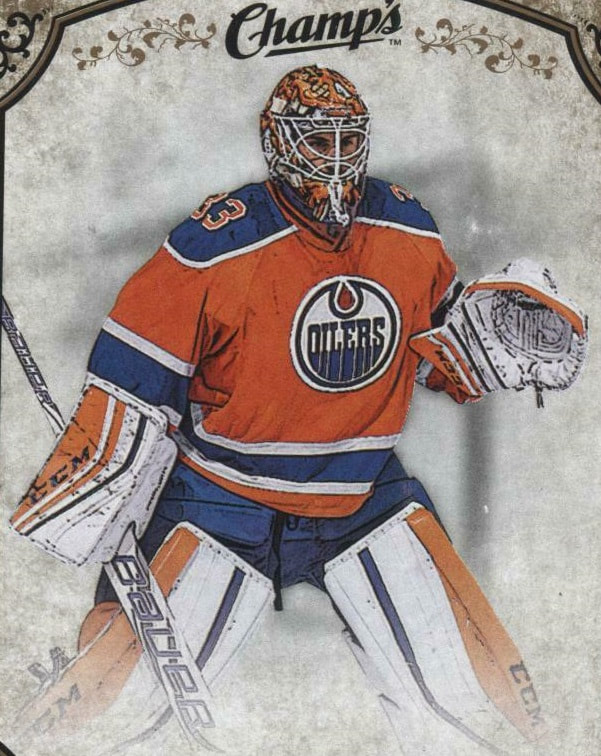 What you are looking at right now is a set of CCM goalie pads utilized by Cam Talbot. The pads are identical to a set that Talbot was breaking in in 2016, though uncertain if those got into NHL game action.

Acquired from: Oilers practice goalie who obtained the set direct from Roger's Place and the Edmonton Oilers

Dates of Game Use:
A definitive list in which these items were used is unknown at this time. To be updated as we research more. 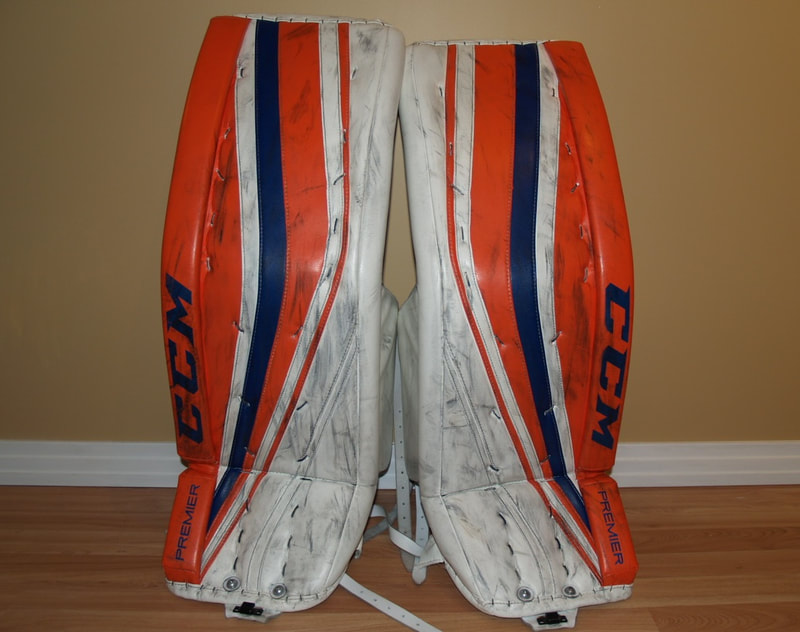 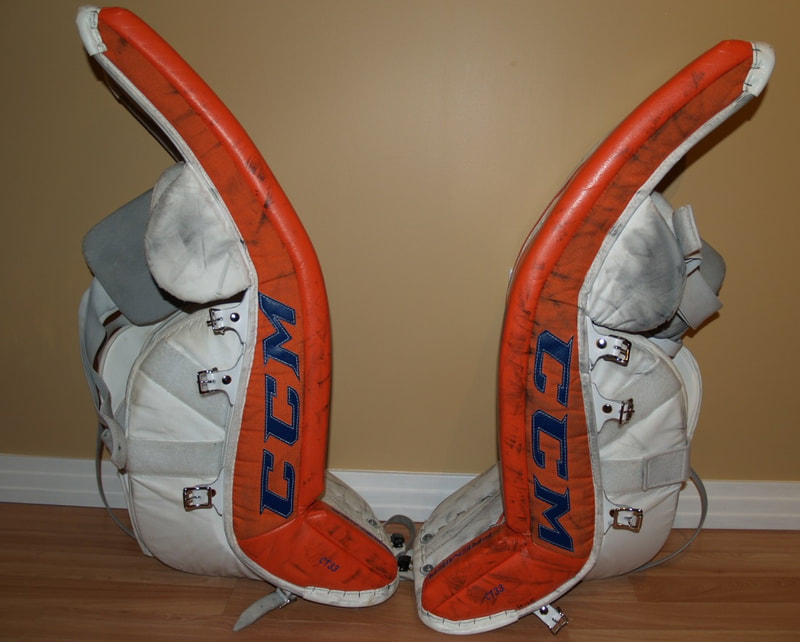 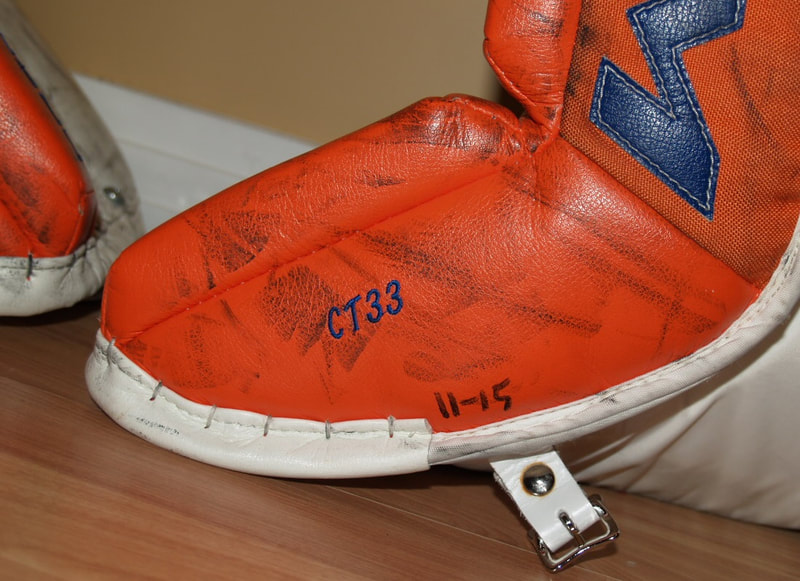 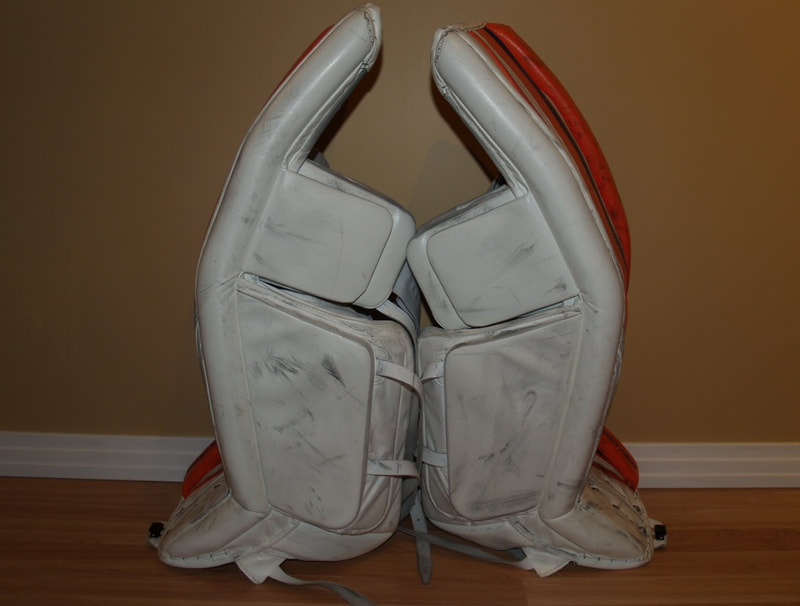 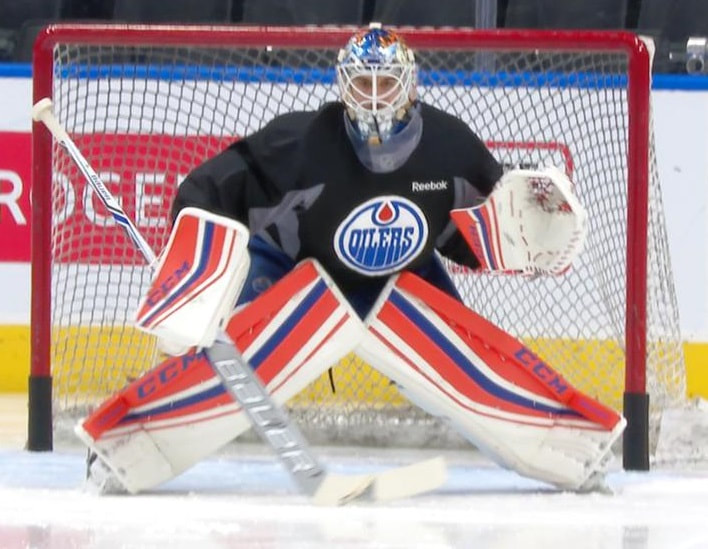