Yutaka Fukufuji, born September 17, 1982, in Tokyo, Japan has the proud distinction of being only the second ever Japanese player drafted into the NHL (238th overall in 2004), as well as the first Japanese goalie to be drafted. He played largely in the ECHL from 2002 until the 2006-07 season when the Kings' deplorable goaltending situation combined with their injury woes motivated their call-up of Fukufuji. Fukufuji made NHL history, when on December 15, 2006, he was recalled to the Kings. That marked the first ever time that a Japanese player had made an NHL active roster. He then made history once again on January 13, 2007, when he was placed in net for the third period in a game against St. Louis. He allowed one goal on six shots and was credited for the loss in the team's 6-5 defeat. As if he didn't make enough history, he once again made a first on January 16, 2007, by being the first ever Japanese goaltender to start in an NHL game. That lasted only one period as he was pulled after allowing three goals on nine shots that day. Following that interesting season, Yutaka played two additional seasons in the ECHL before playing a season in the Netherlands in 2009-10. Since then, he has largely played in the Japanese leagues with only one break from that to play in Denmark in 2014-15. He is still active in Japanese hockey, playing with the Nikko Icebucks in the Japanese leagues as of the 2019-20 season

In his brief NHL career, Fukufuji appeared in 4 games, recording a 0-3-0 record with a 4.38GAA, and a 0.837% save average. Though not the greatest goaltender to ever play in the NHL by any means, he did defy the odds to make the show. To this date, he still the only Japanese player ever to play in the NHL.

The glove and blocker on display were used in all of Fukufuji's NHL games, as well as during his entire AHL, and ECHL run during that 2006-07 season. The wear is phenomenal, the smell is atrocious, but the historical significance of these pieces cannot be overlooked.

Acquired from: Collector on eBay, originally from Kings team sale. No LOA. 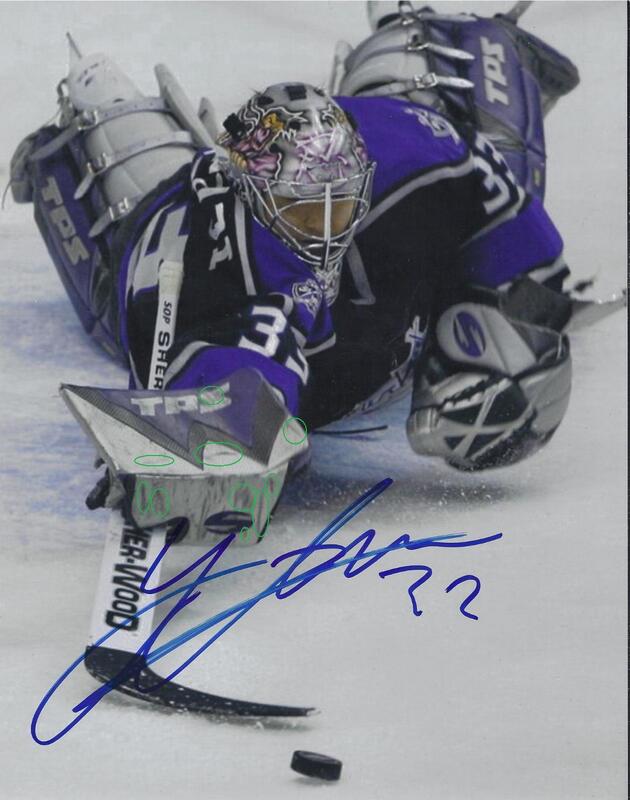