Born on March 3, 1965 in Boston, Massachusetts, Tom Barrasso was selected 5th overall by the Buffalo Sabres in the 1983 NHL Entry Draft. Defying expectation, he transitioned immediately from high school hockey to the NHL and wasted no time in making a name for himself. His first season, as an 18 year old rookie, he appeared in 42 games and also won the Calder Trophy and Vezina Trophy. Truly unprecedented given his youth. He maintained his starter status with the Sabres before being traded to the Pittsburgh Penguins. There, he established himself further as a legend, winning back to back Stanley Cups with them in 1991 and 1992. From there, he remained with the team until 1999-00 when he was acquired by the Ottawa Senators. Barrasso retired in 2000-01, but was eventually convinced to leave retirement to join the Carolina Hurricanes in 2001-02 as back-up to Arturs Irbe. After a solid stint, he was traded to Toronto that same year. He then played in six additional games with the Blues in 2002-03 before truly retiring from play.

This autographed and game-used Carolina Hurricanes stick was used by Tom Barrasso in at some point in the 2001-02 season before being traded to Toronto. 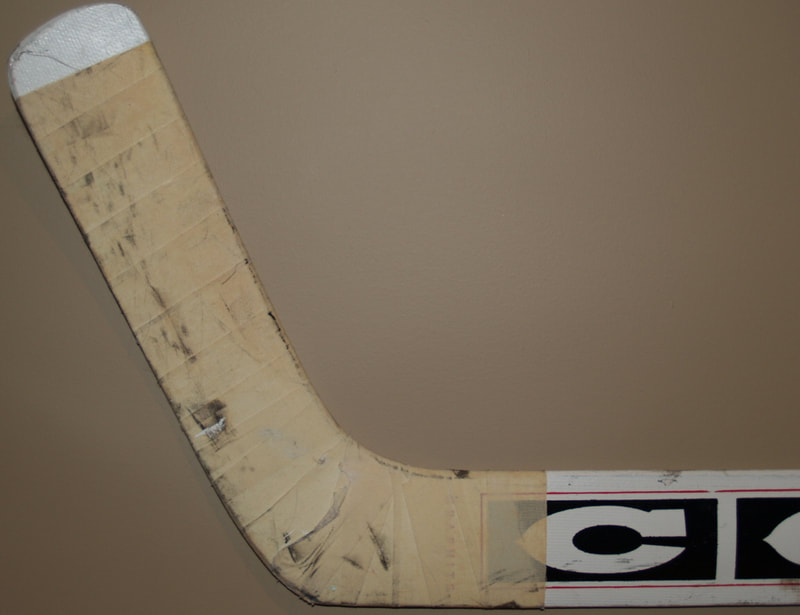 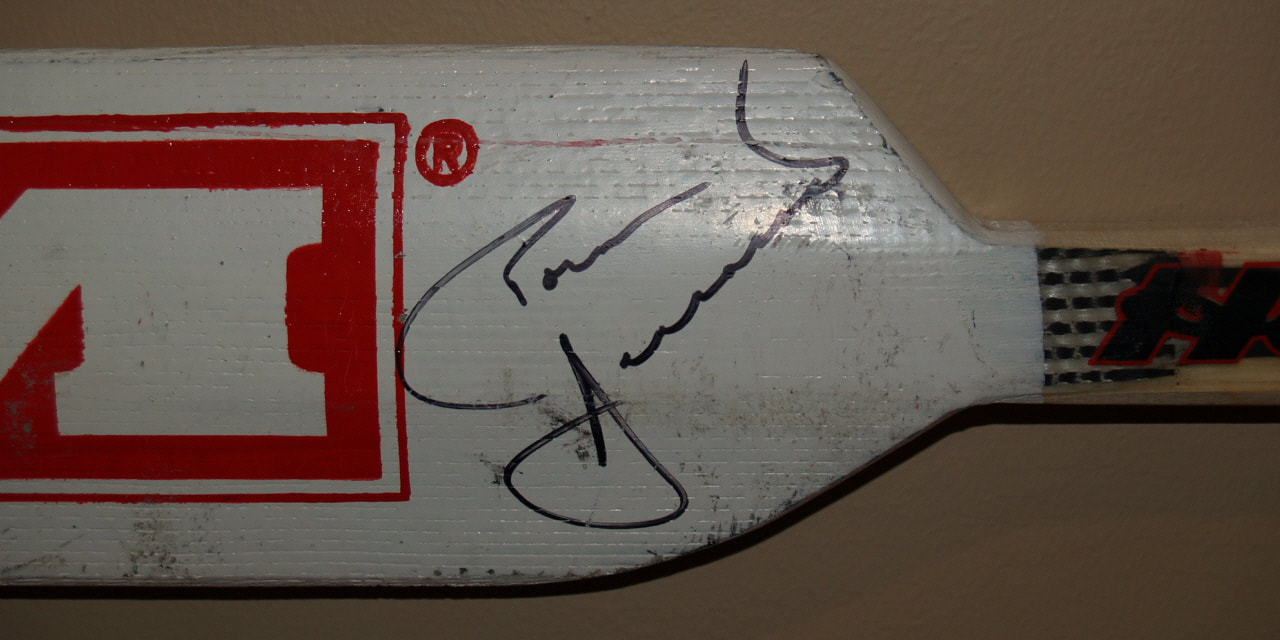