Manny Legace was born on February 4, 1973 in Alliston, Ontario. A star goalie with Niagara Falls in the OHL, Legace was drafted 188th overall by the Hartford Whalers in 1993. He played with the Canadian National Team for 16 games after his draft year, then remained exclusively in the minor leagues for four seasons before being traded to the Los Angeles Kings in 1998. His NHL debut came on October 21, 1998 against the Florida Panthers. In a hard-fought game, Legace stopped 49 of 50 shots in a 1-1 tie. The Kings gave him NHL action 17 times that season. He was then signed by the Detroit Red Wings as a free agent, waived, picked up by the Vancouver Canucks, waived again, and then picked up by the Detroit Red Wings again (all in a span of less than four months). It is in Detroit that Legace made himself a legit NHLer. In five seasons with them, he appeared in 180 games, recorded 112 wins and was a part of the team's 2002 Stanley Cup win. After entering free agency in 2006, Legace was signed by St. Louis. In three seasons with the Blues, he appeared in 140 games. After failing to make the Thrashers' roster in 2009, the Carolina Hurricanes ended up signing Legace. There, he played 28 games backing up Cam Ward over the course of the season, then never saw NHL action after that season. He retired from play in 2012 and, as of 2020, he is the goalie coach of the Columbus Blue Jackets.

What you are looking at right now is a Brian's goalie glove utilized by Manny Legace, likely at some point during his stint with the Carolina Hurricanes in 2009-10.
Acquired from: A long-time museum donor via another private collector

Dates of game use: Unknown at this time

Photomatched: Not yet (photos are for reference)

*It is notable that he did use a similar style glove while with Detroit as well. 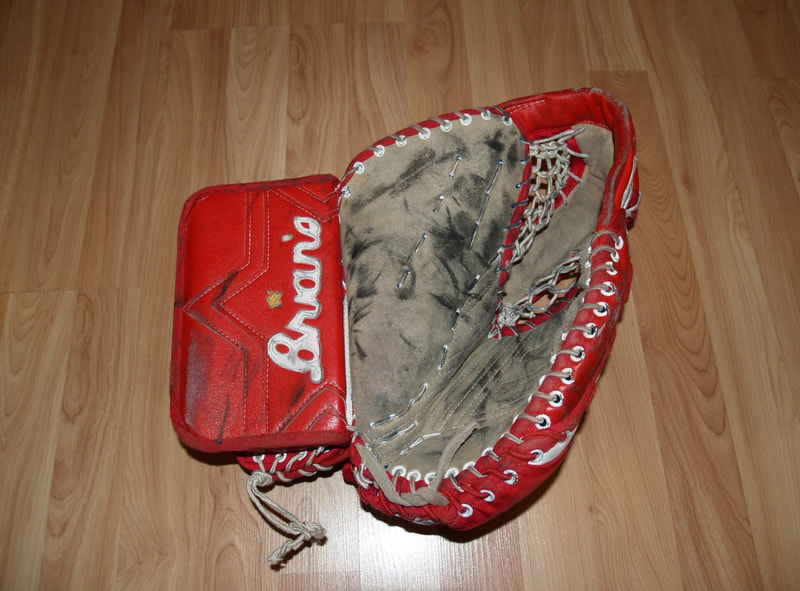 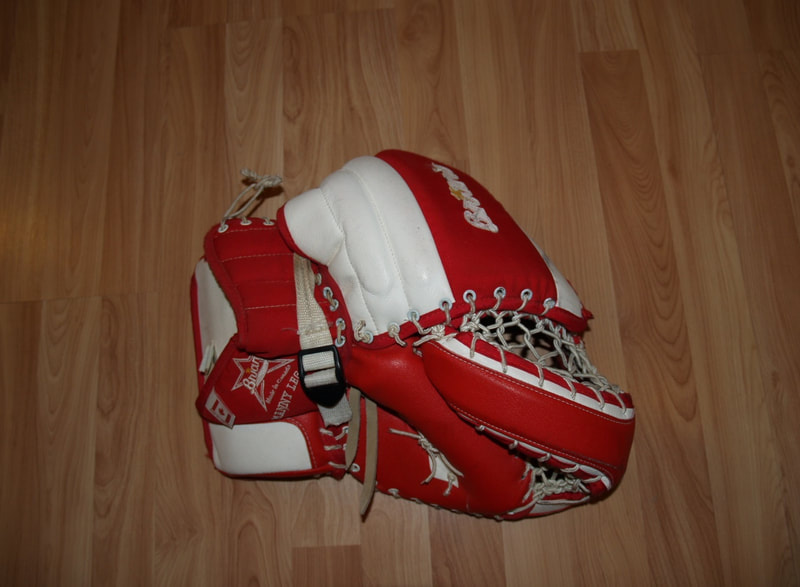 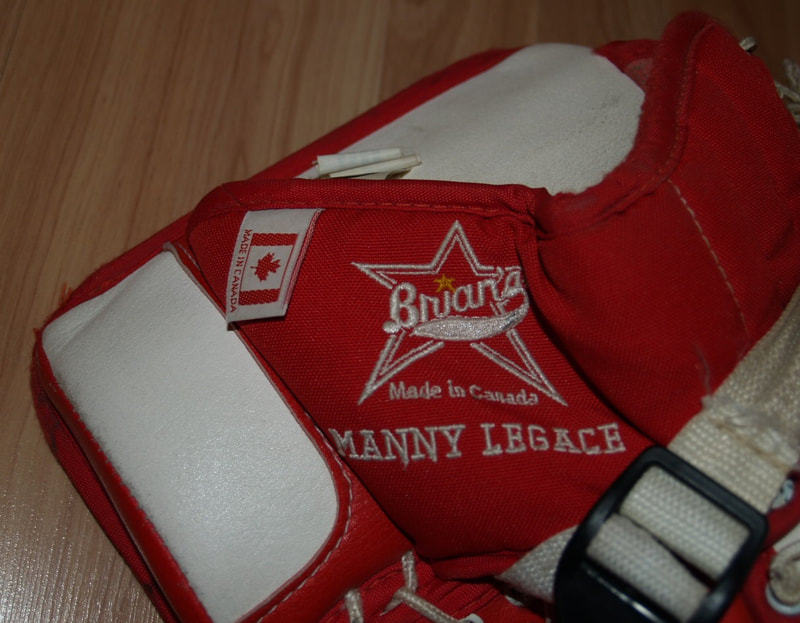 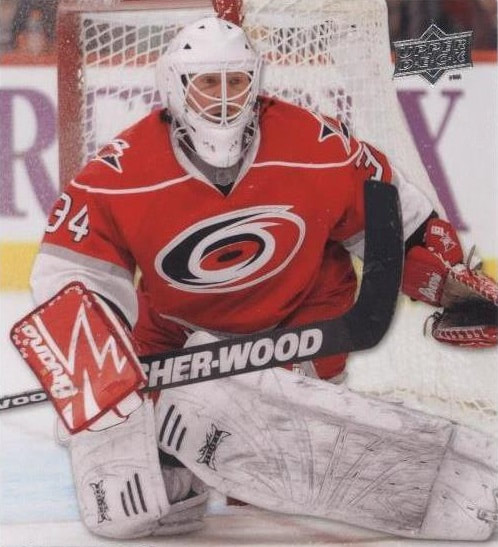 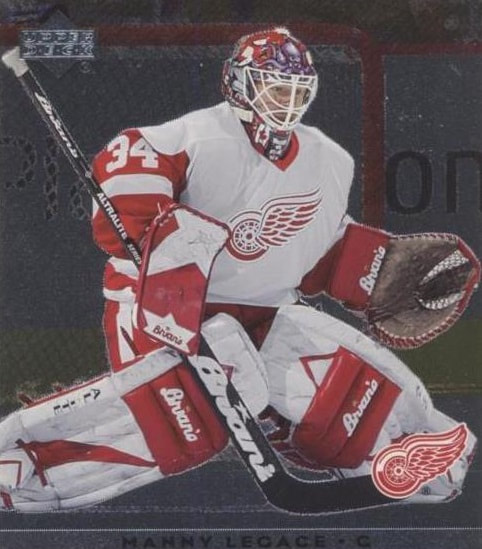