Born on January 18, 1971 in Scarborough, Ontario, Jamie Ram was a solid collegiate standout after two seasons in the OJHL B league. Drafted 213th overall by the New York Rangers in 1991, Ram completed his college career before embarking into the pro-ranks. In 1994-95, he was the full time back-up on the Binghamton Rangers of the AHL, appearing in 26 games. The following season, his workload with the team increased to 40 games. In that time, he also appeared in his first NHL game on February 3, 1996. After surrendering seven goals against the Colorado Avalanche, Glenn Healy was pulled by the Rangers and replaced by Jamie Ram for the final 27 minutes of the game. In that time, he stopped all nine shots that he faced. The following season, Ram was the started on the Kentucky Thoroughblades, eventually getting signed by the San Jose Sharks in 1997-98. Splitting time between the IHL and AHL that season, he posted average numbers and remained in the AHL for one additional season with Anaheim's minor league affiliate before going international. At the conclusion of the 2002-03 season, he retired from play.

What you are looking at right now is a 1994-95 Binghamton Rangers game worn mask used by Jamie Ram until it was broken on the forehead by a clapper in a team practice. Remnants of the "RANGERS" sticker on the front of the mask are visible, as is the primer underneath as the removal of said sticker resulted in removal of the white coat on top. The Binghamton stickers on the side were also shifted further ahead as the previous ones further back had worn away throughout the year. The wear is great, and represents a cool first pro-season piece of an oft-forgotten goaltender of the league. 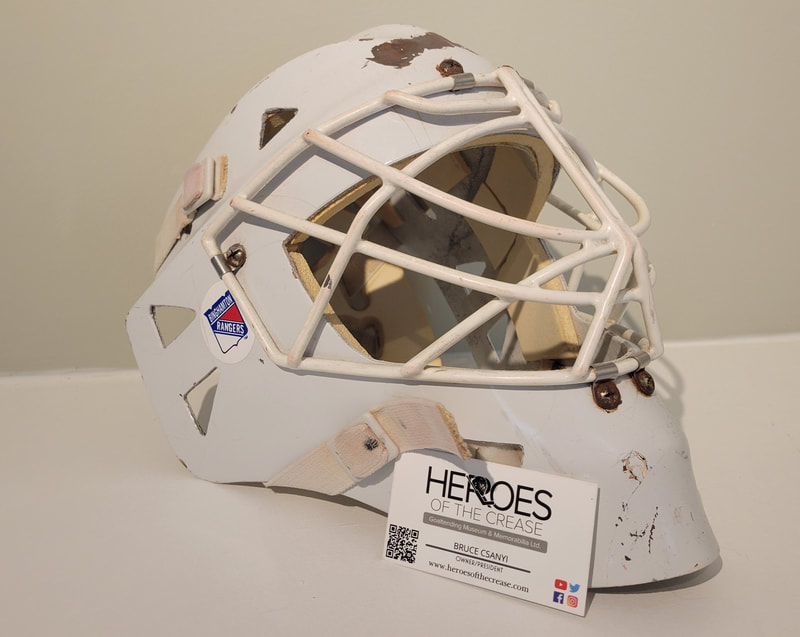 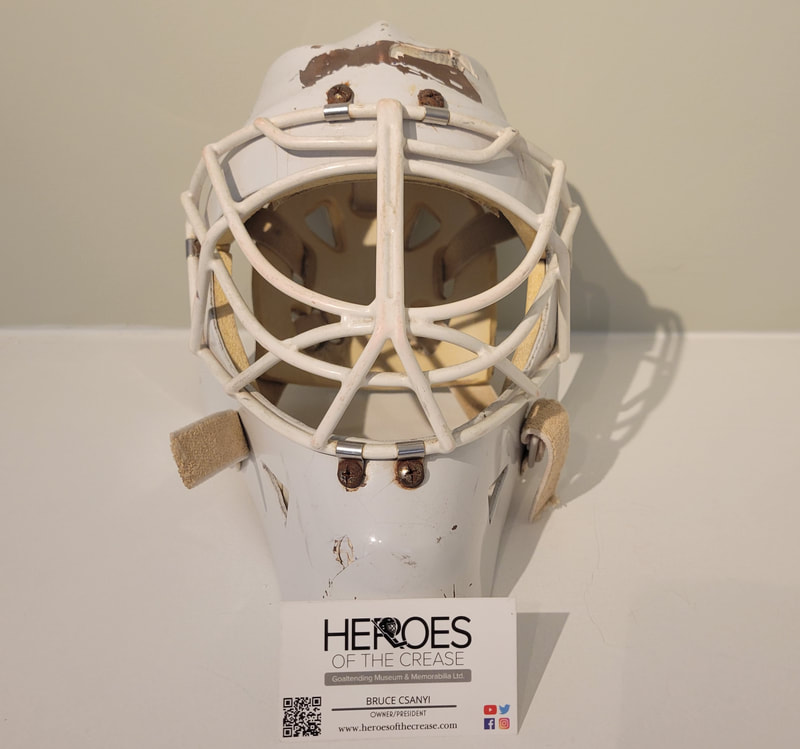 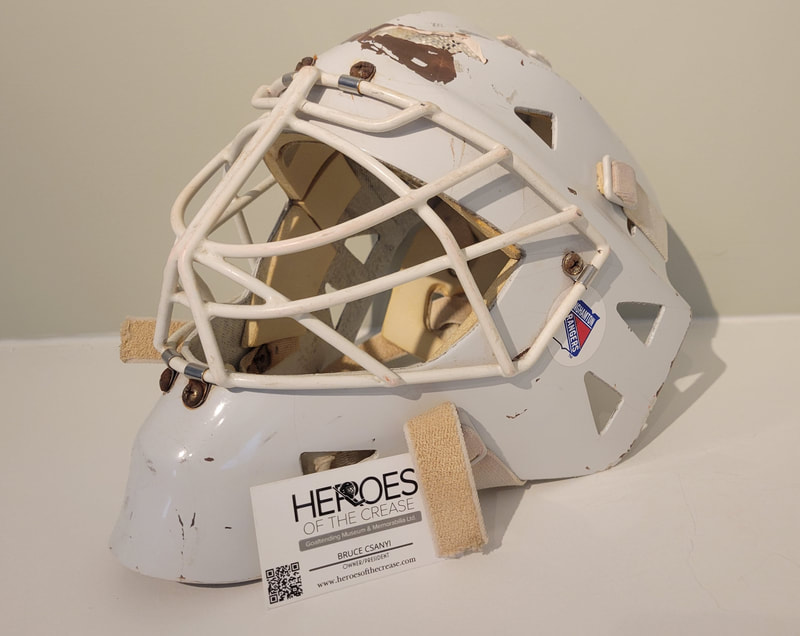 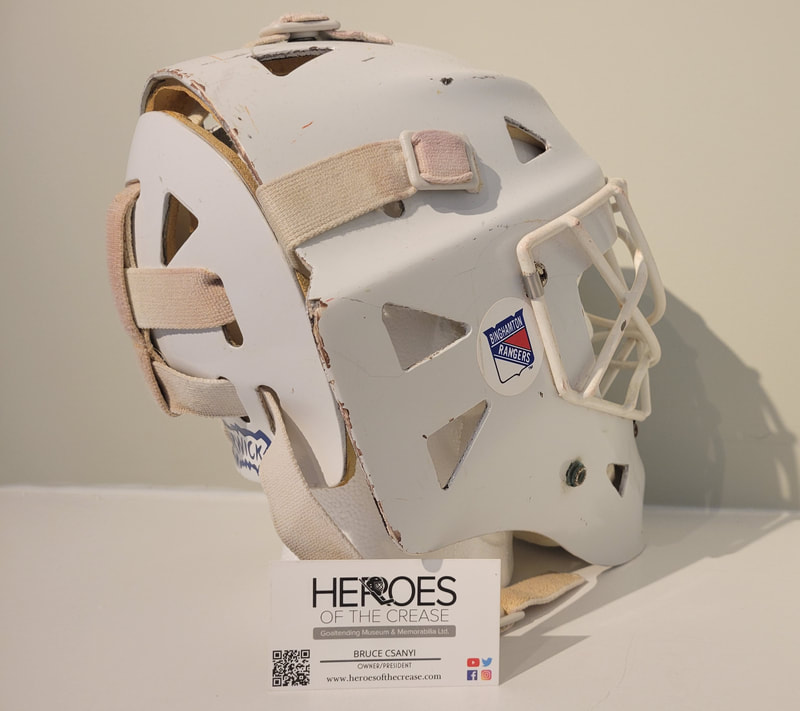 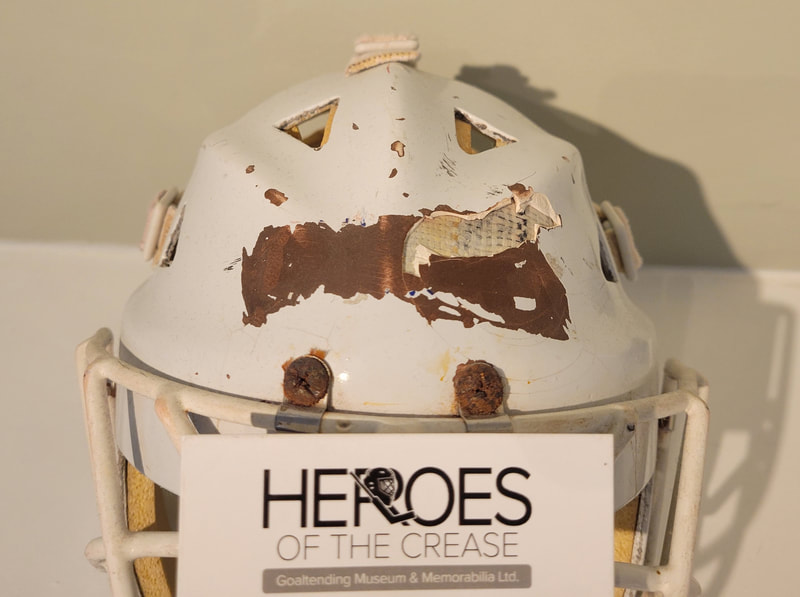 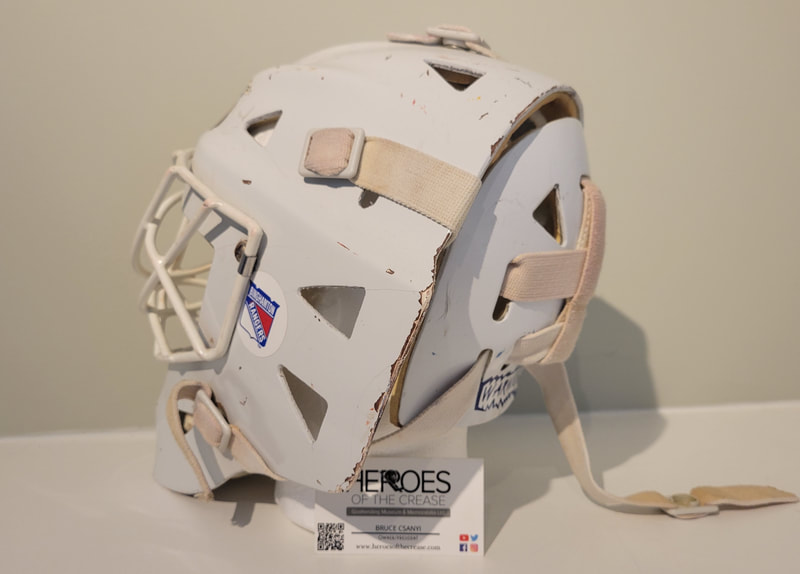 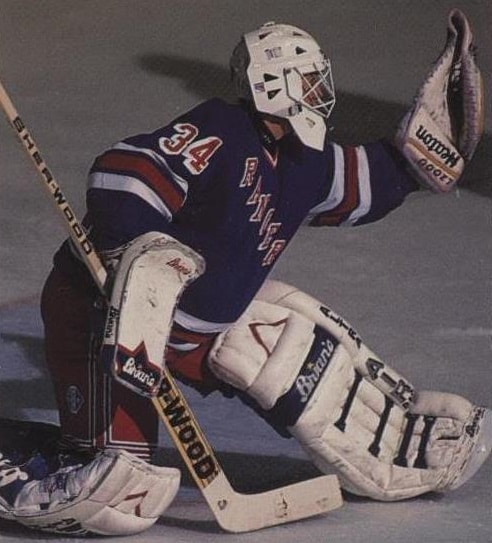