Born on May 18, 1984 in Kalvola, Finland, Hannu Toivonen put himself on the hockey radar after a strong World Junior Championship in 2002, posting a 0.930% save average in 5 games played. Drafted 29th overall by the Boston Bruins in 2002, he turned pro the following season and played an amazing season for Providence. During the lockout year, he somehow topped all of his previous numbers and led Providence to the Conference Finals of the AHL playoffs.

In 2005-06, he did it. He made the NHL roster right out of training camp. He made his NHL debut on October 8, 2005 against the Pittsburgh Penguins. Despite stopping only 23 of 29 shots, he and the Bruins won the game 7-6 in overtime. What was most notable in that game was that Sidney Crosby scored his first career goal against Toivonen.  Toivonen improved as the season progressed, showing his athletic prowess until January 5, 2006, when he suffered an ankle injury and had to miss the rest of the season. In 20 games that year, he recorded 9 wins, a shutout, and a 0.914% save average. The next year, he was set to continue his role as the number two goalie behind Tim Thomas. Unfortunately, he was no longer the same goalie. In 18 games, he posted a weak 4.23GAA to go along with a 0.875% save average, getting him sent back to the minors. He was traded to St. Louis in 2007 and things did not improve much. In 23 games with them, he recorded only 6 wins and a 3.44GAA with a 0.878% save average. He returned to Europe in 2008-09 before heading back to North America the next year. He was eventually traded to the Chicago Blackhawks where he dressed as a backup for a game in 2010, but otherwise spent his entire time in the AHL. He once again headed back to Europe in 2011-12, then returned once again, struggling for the next two seasons in the AHL and ECHL. He bounced around various European leagues until one final return to the ECHL in 2018-19, where he appeared in 9 games for the Maine Mariners. He retired at the end of that season.

What you are looking at right now is a 2005-06 Boston Bruins Black/Home Set 1 jersey (1 of 2 home set 1s that he wore) used by Hannu Toivonen in his rookie season. It was worn in up to five games, including his first and only career shutout on December 1, 2005. Wear is light but is comprised of some light puck and stick marks, as well as an unrepaired hole on the front. 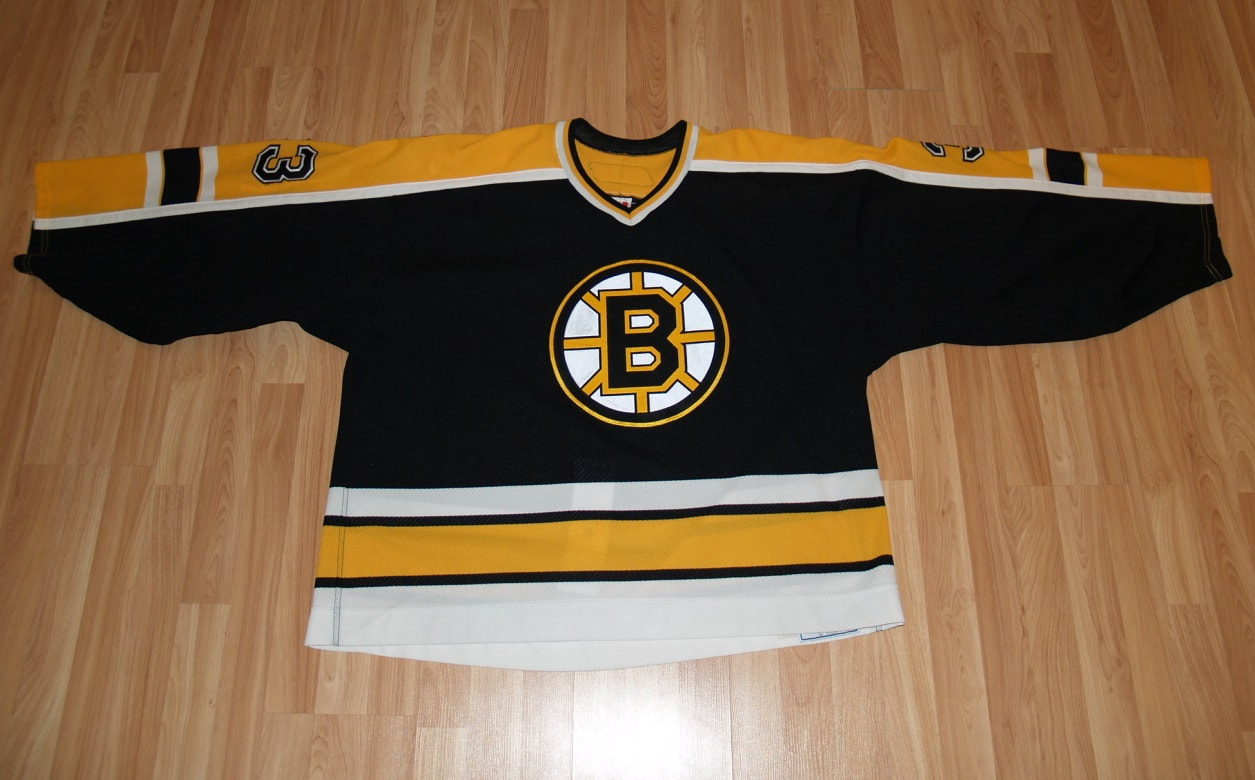 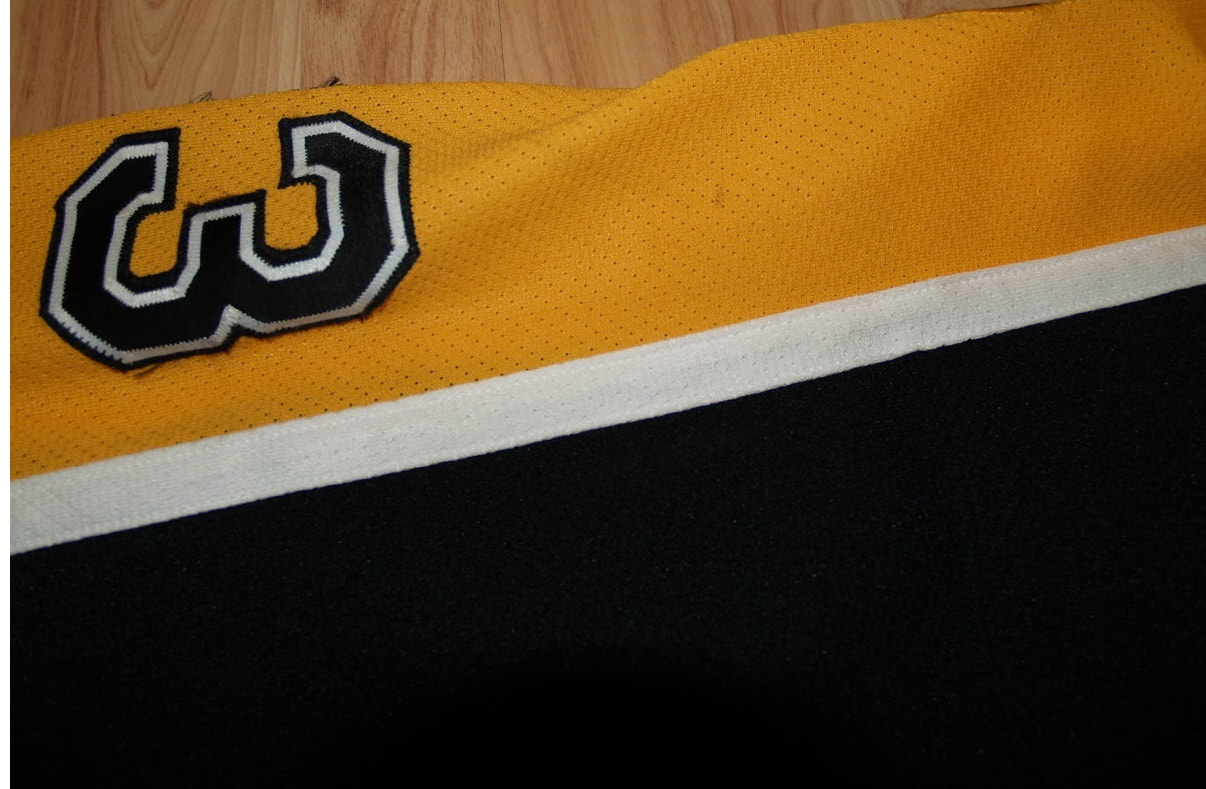 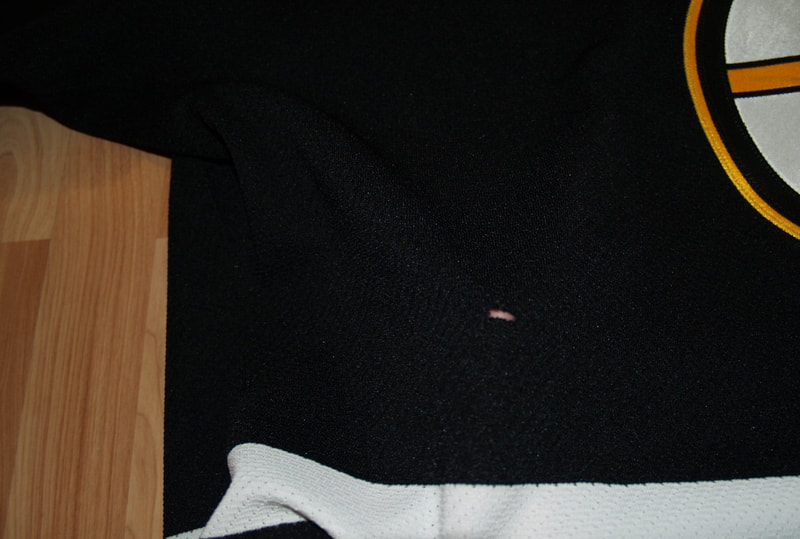 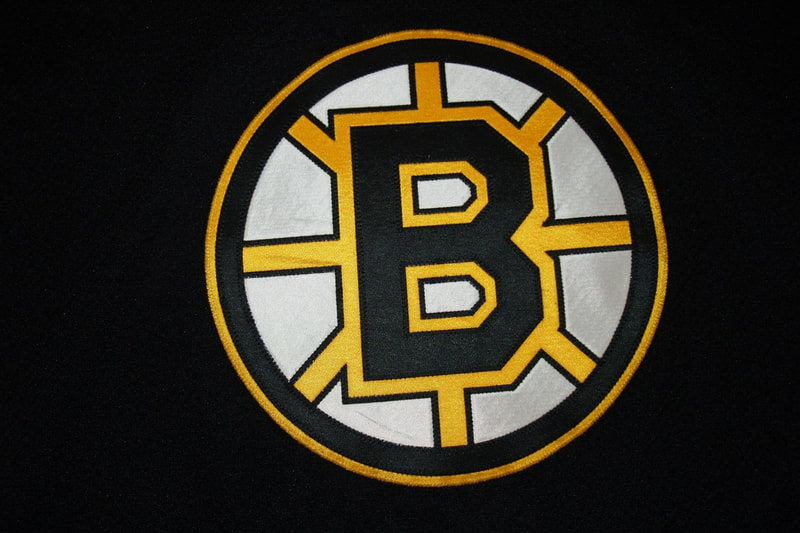 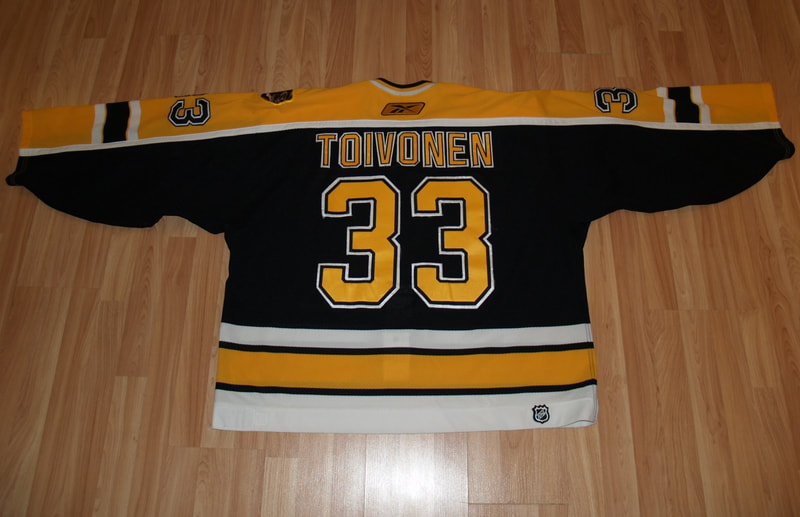 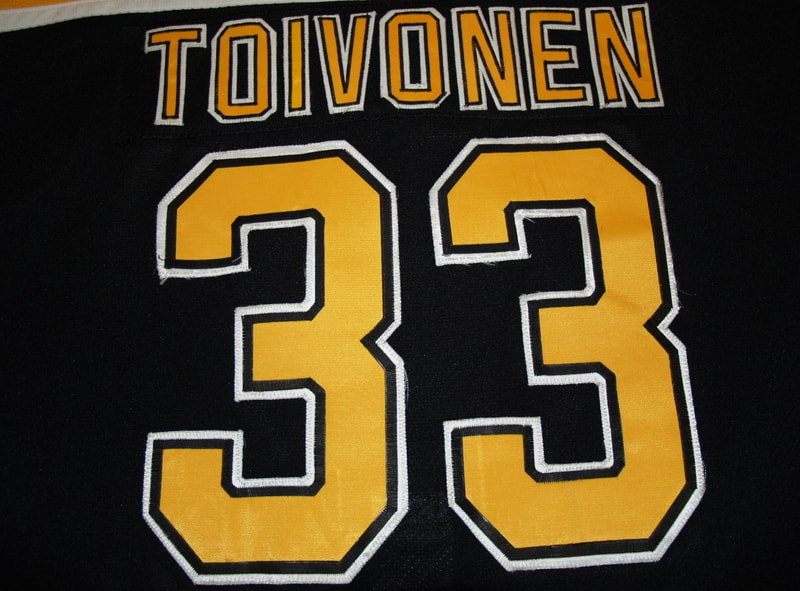