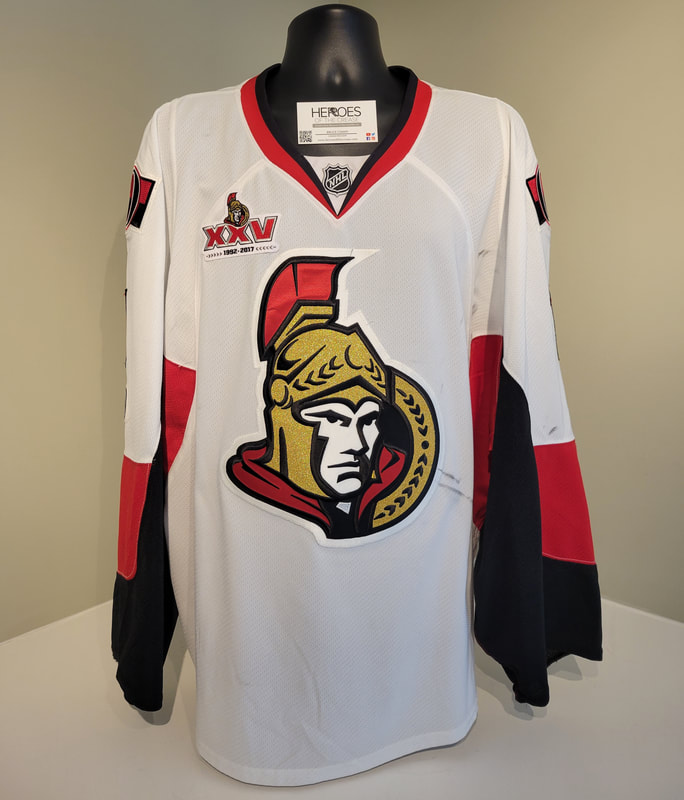 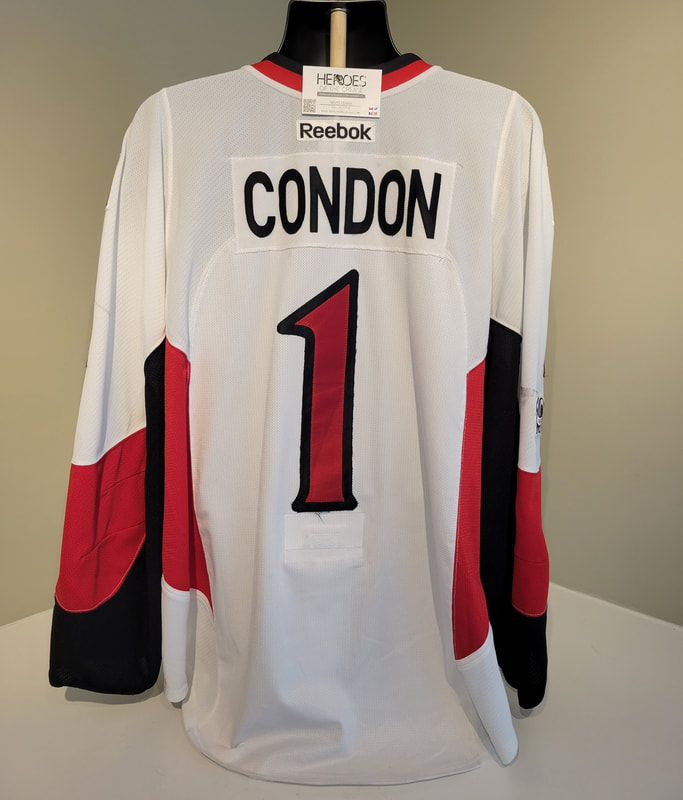 Born on April 27, 1990 in Needham, Massachusetts in the USA, Mike Condon was a strong goaltender with Princeton University, however, he was never drafted into the NHL. Rather, in 2013, after his final year in Princeton, Condon was signed as a free agent by the Ontario Reign of the ECHL. In that 2012-13 season, Condon split time between the ECHL and with Houston in the AHL, recording very strong numbers in both leagues. In 2013-14, Condon, now signed by Montreal as a free agent, split time between Wheeling in the ECHL and Hamilton of the AHL, continuing to put up strong numbers. By the following season, Condon had taken over as the starting goaltender of the Hamilton Bulldogs. Then, in 2015-16, he had earned himself a full-time roster spot on the Canadiens. Behind Carey Price, he finally got his chance on October 11, 2015 vs the Ottawa Senators. Conton stopped 20 of 21 shots in a 3-1 victory. With his strong play, and due to injuries to Carey Price throughout the year, Condon appeared in 55 games during his rookie season, earning himself a shutout, as well as 21 victories. Despite holding down the fort the best he could, the Canadiens placed him on waivers at the beginning of the 2016-17 season. Pittsburgh claimed him and he appeared in a single game in relief of Marc Andre Fleury before being traded on to the Ottawa Senators for a fifth round draft pick. There, Condon recorded a shutout in his first game with them and he got himself in 40 games, recording five shutouts, and 19 wins, helping the team get into the playoffs as Craig Anderson dealt with family concerns. Come playoff time, however, Condon was the #2 goalie to Anderson. On May 4, 2017, Condon was the given the chance in the playoffs, stopping 9 of 10 shots faced against the Rangers in a 4-1 loss. Then, in the Eastern Conference Final, he appeared once more, this time against the eventual Cup winner in Pittsburgh. In 41 minutes of play, he stopped 19 of 22 shots in a 7-0 loss. He appeared in 31 games in 2017-18, posting slightly lower than average numbers. In 2018-19, after two rough games with Ottawa, he was placed on waivers and then sent to the minors. After one game, he suffered a season-ending hip injury. In the off-season, he was signed by Tampa Bay, however, his recurring hip injuries have hampered his comeback attempt.

As his career is very much active and he is still very young, career statistics will not be posted at this time.

What you are looking at right now is a 2016-17 Playoff Road Jersey worn by Mike Condon in his NHL playoff debut as well as in game five of the Eastern Conference Final. The wear is quite notable and includes many puck and stick marks throughout the jersey, the stick marks all coming in his lone game played in the Conference Final. 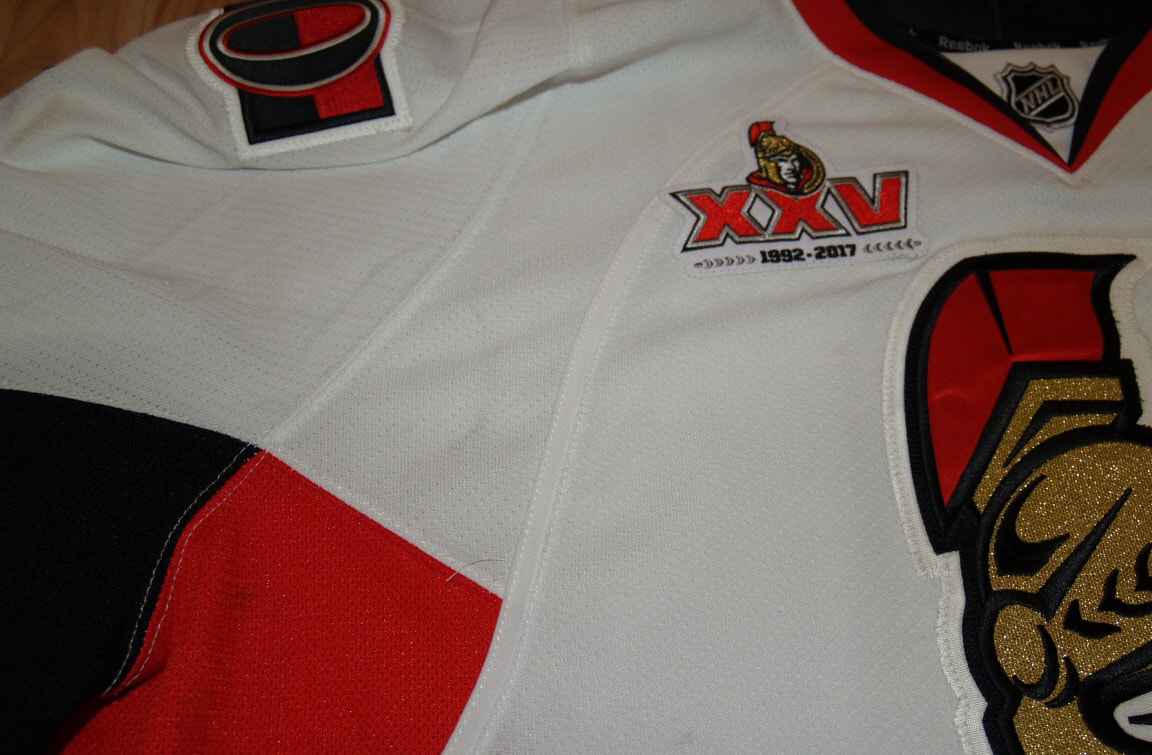 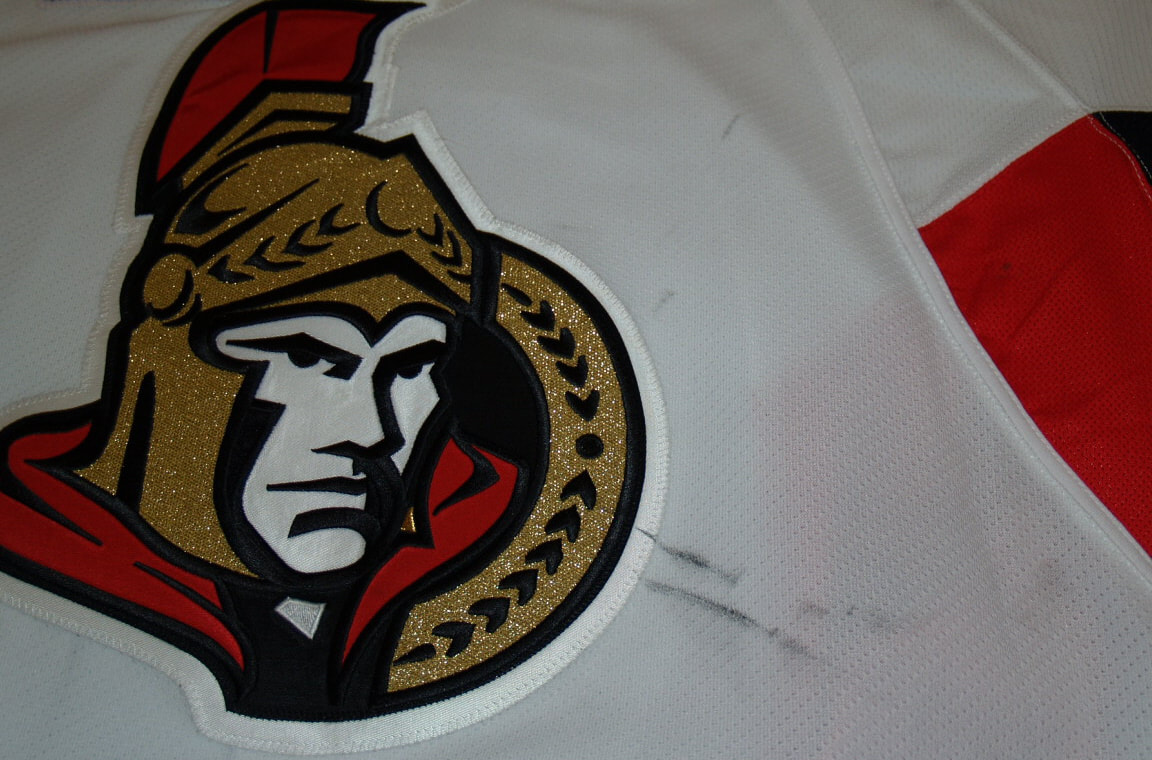 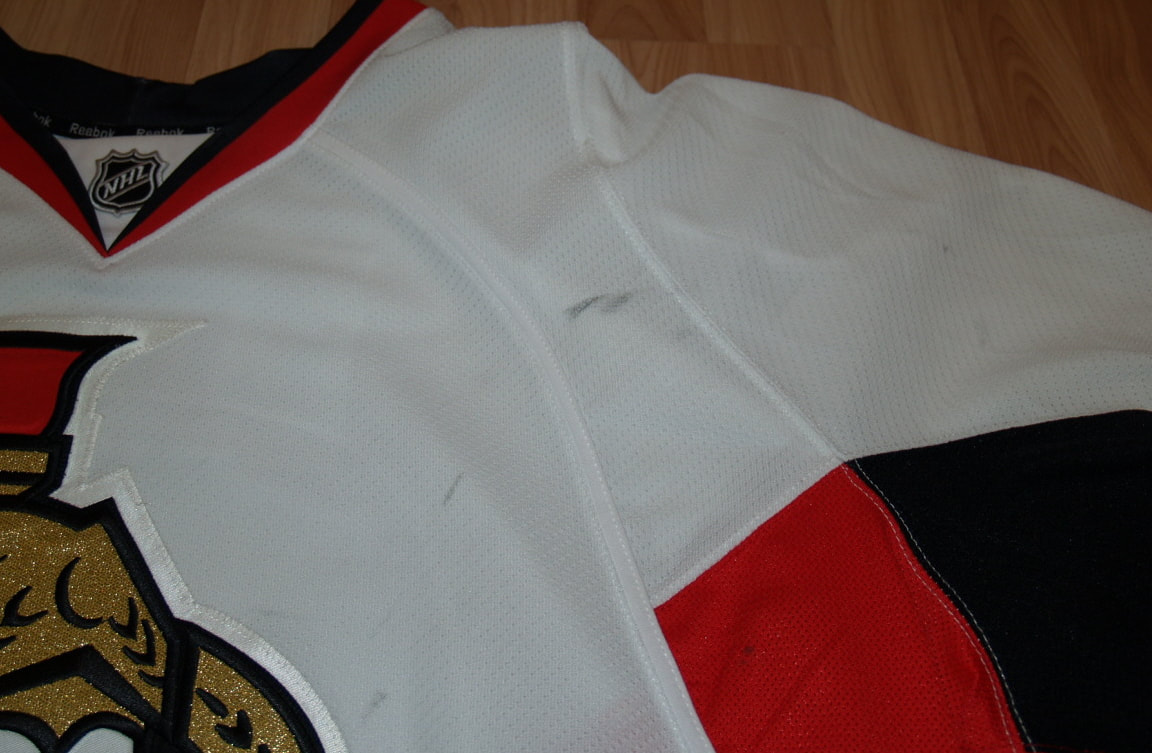 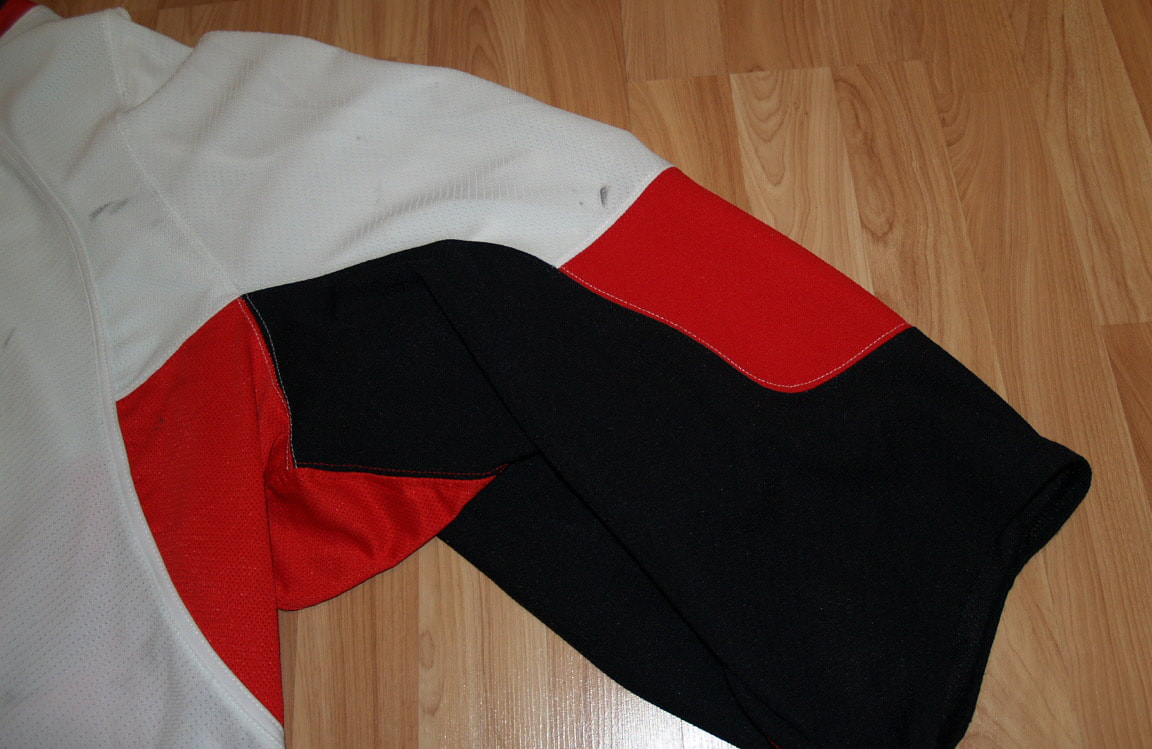 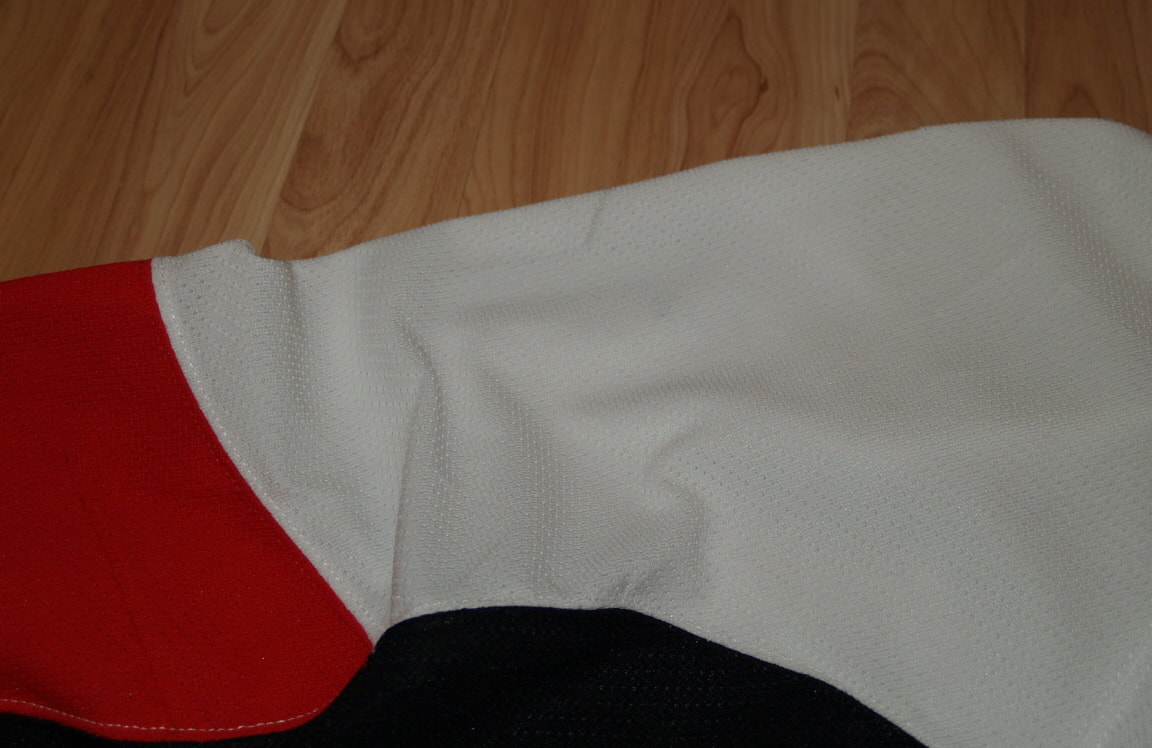 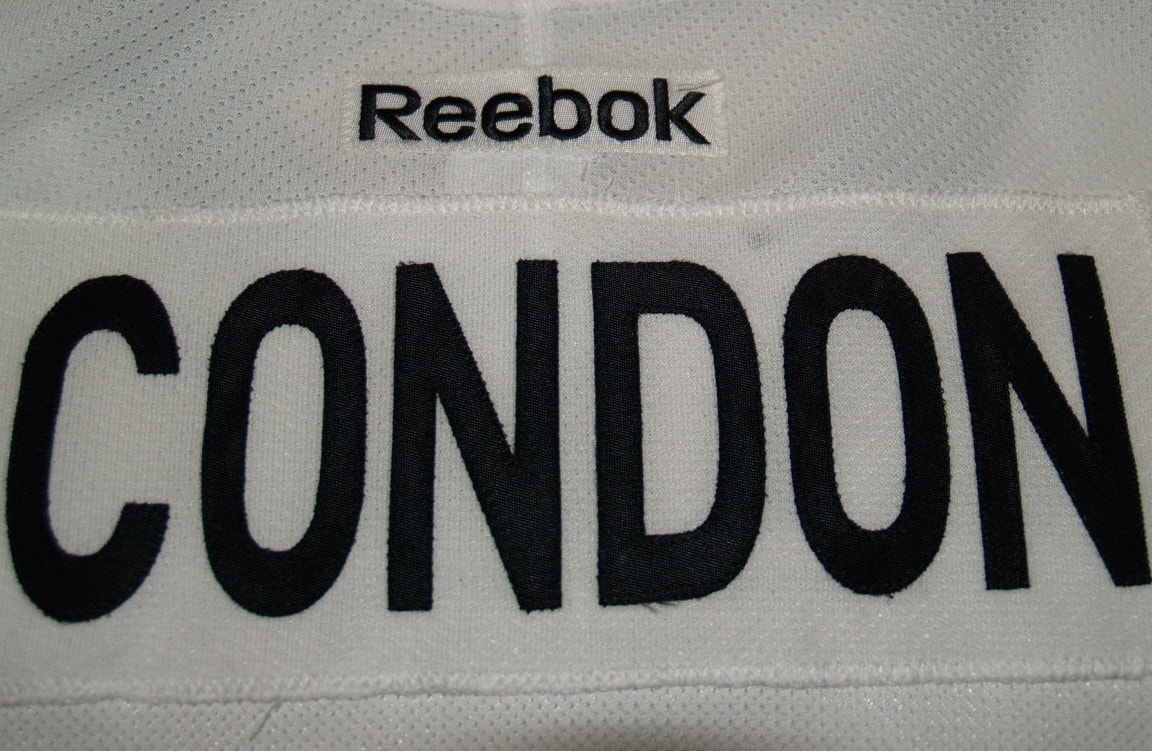 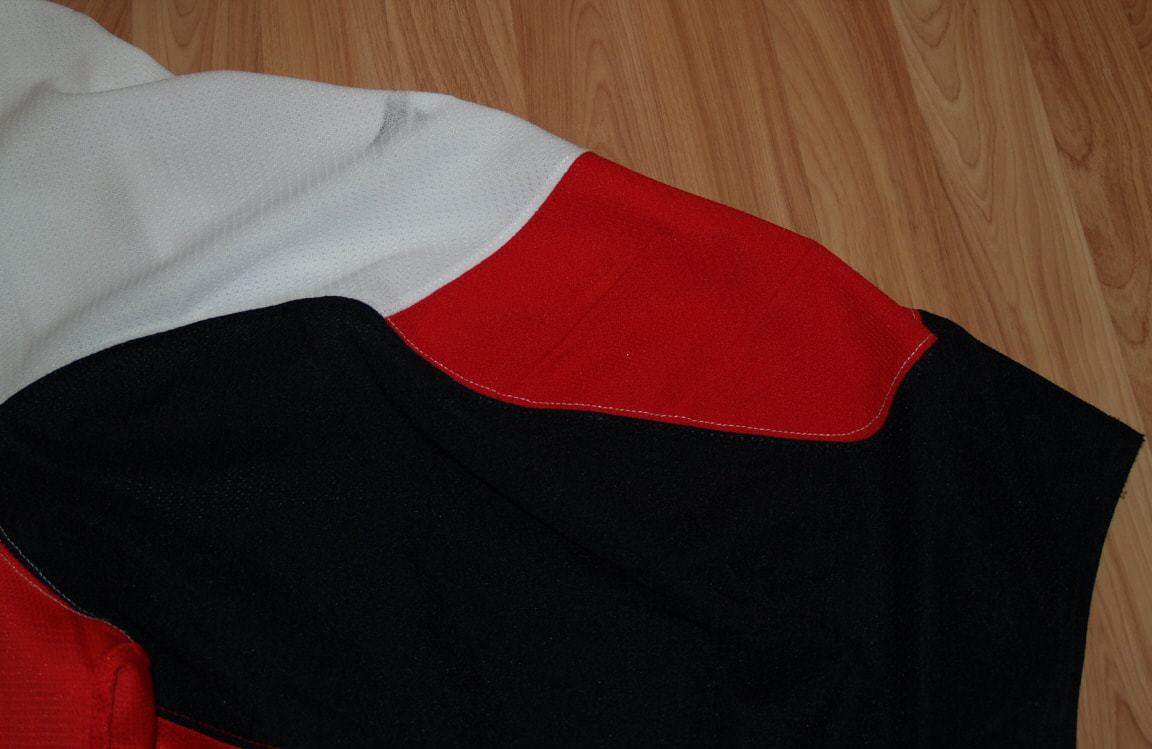