This here is a mid to late 1990s game worn glove most likely used while in Albany. I have found one tiny, low-res photo reference to a glove model such as this in the 1997-98 Albany River Rats team photo.

Wear is minimal, but what I find most interesting is a modification where he has velcroed a moisture absorbing pad into the glove so there is no excess sweat. I own a fair bit of NHL used gloves and blockers, and this was the first time I've seen that. 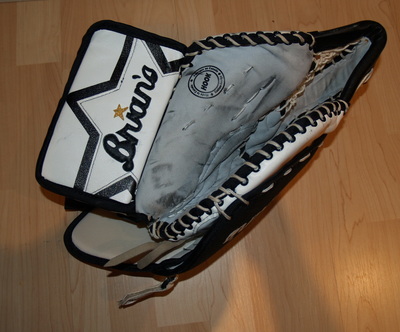 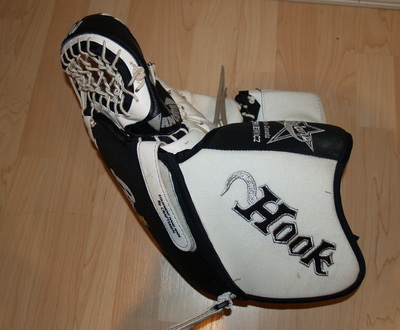 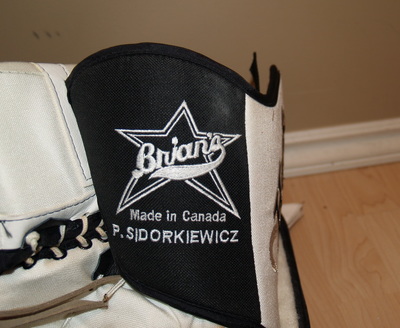 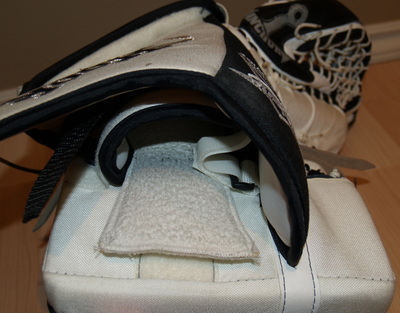 This blocker was worn during Sidorkiewicz's time in the New Jersey Devils' minor league system. Exact year unknown, but it is highlighted by nice wear throughout! 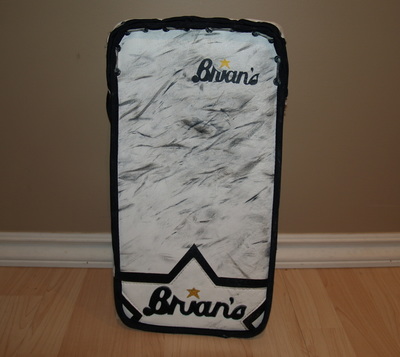 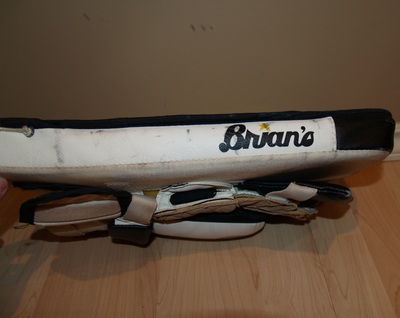 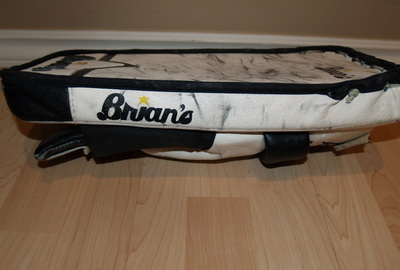 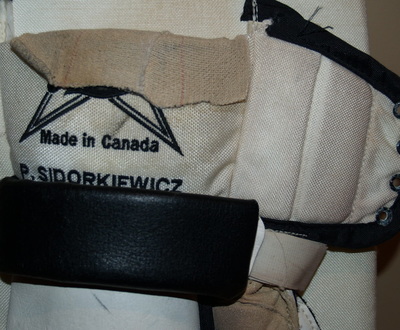 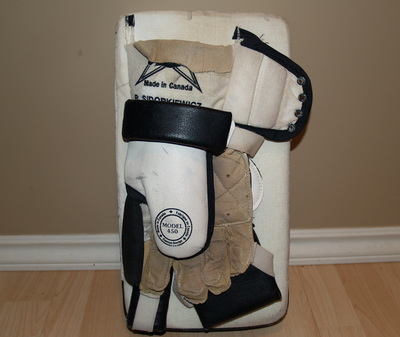