This piece belonged to Quebec City's own, Mario Brunetta. Born on January 25, 1967, Brunetta was drafted 162nd overall by Quebec in the 1985 entry draft, coming right out of the QMJHL. He made his NHL debut in the 1987-88 season and appeared in a total of 29 games for the Nordiques that year. The following year, he was down to five games, and then up to six before leaving the NHL and playing in Italy, Germany, and Sweden and then eventually retiring from play after 2002-03.

This stick is game dated to a November 18, 1987 contest against the Edmonton Oilers in which Mario Brunetta was the backup behind Mario Gosselin.

Dates of use: November 18, 1987 v Edmonton as backup goalie
*Though likely used more than that given the wear present. 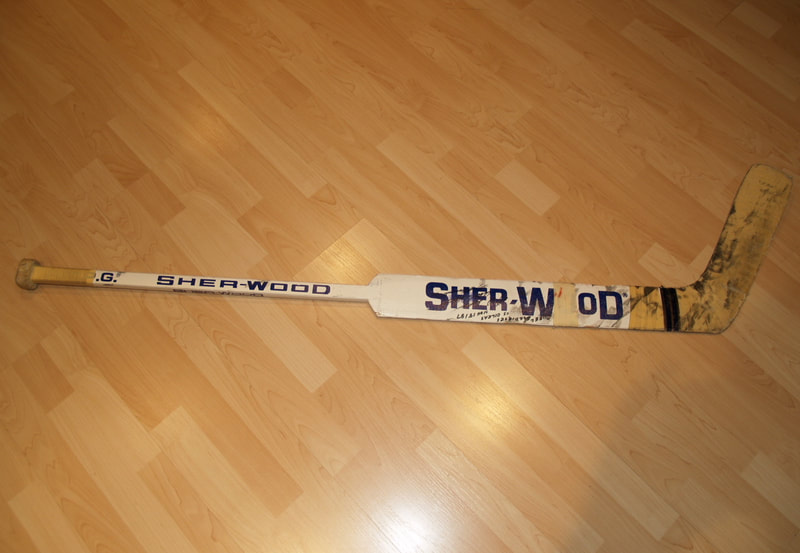 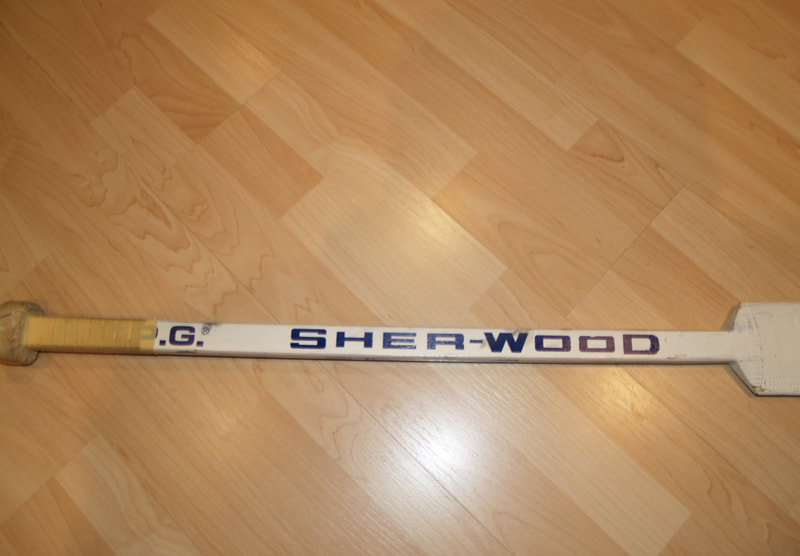 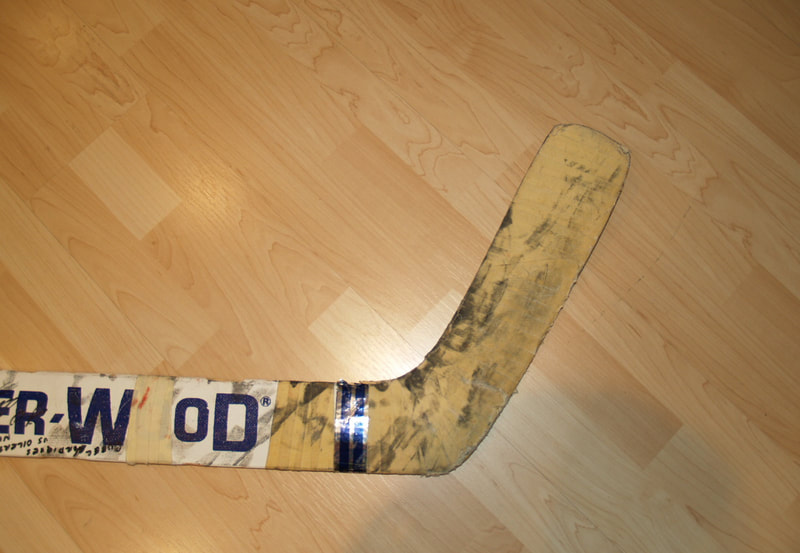 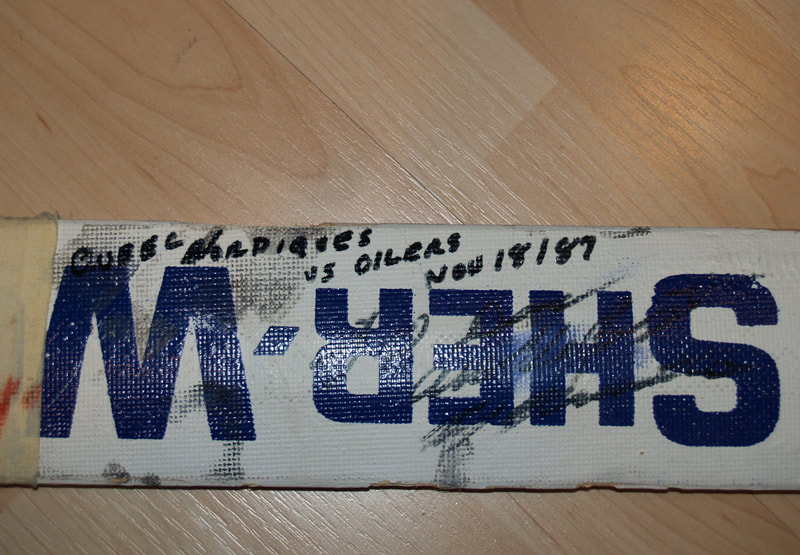 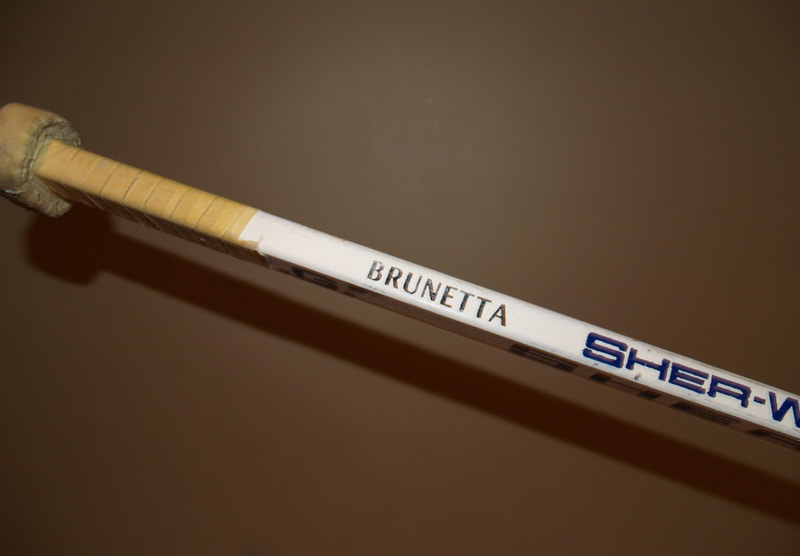 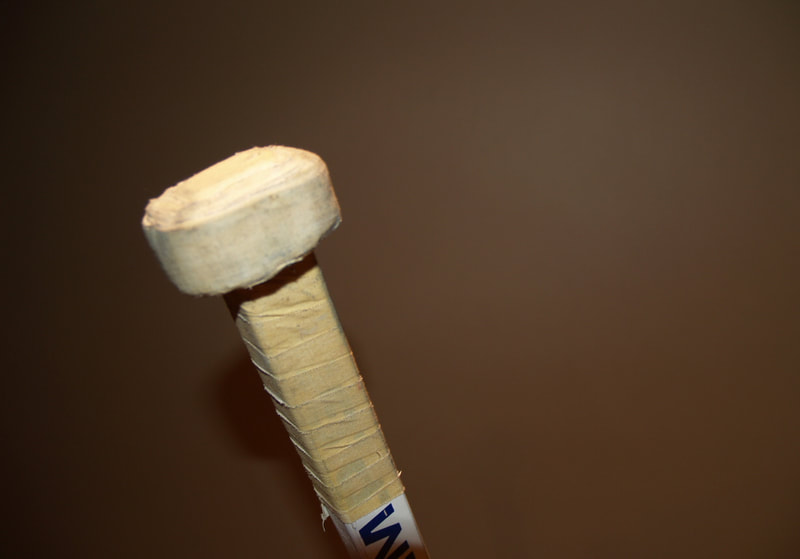