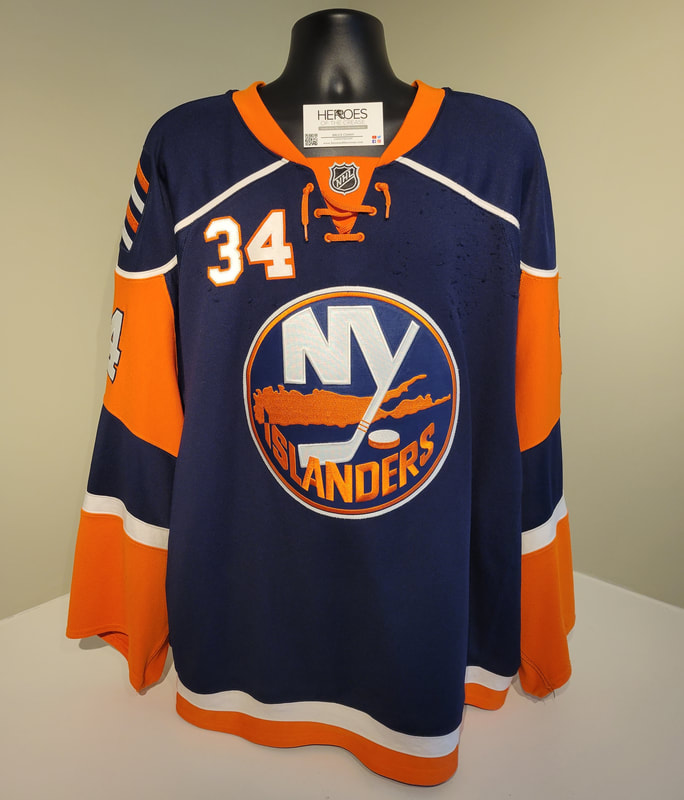 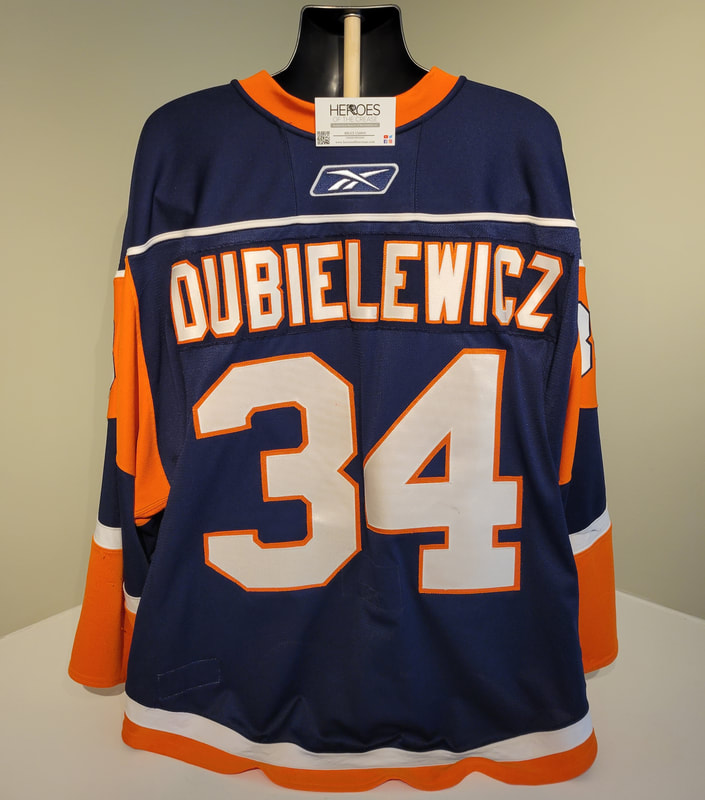 Born on January 30, 1979 in Kerrobert, Saskatchewan, Wade Dubielewicz was a very promising talent while playing with the University of Denver, recording excellent numbers in each of his four years there. After his collegiate career concluded, Dubielewicz was signed by the New York Islanders as a 24 year old free agent. It didn't take long for his dream to come true. That season, on March 25, 2004, Dubielewicz replaced Garth Snow between the pipes against the Flyers and he stopped all 14 shots that he faced in the team's 4-2 win. On April 4, 2004 he was placed in net for the rematch, and he stopped 33 of 36 shots in a 3-3 tie. The majority of the season was spent in the AHL, however, where he proved to be quite competent as he won both the rookie of the year and lowest goals against average awards. During the lock-out season he honed his game further and in 2005-06, he had earned himself 7 additional appearances in the NHL to go along with started minutes in the AHL. In 2006-07, despite being an AHL starter, he became a hero for the Islanders. On the outside looking in for a playoff spot, Dubielewicz recorded four consecutive victories to secure the final playoff spot. However, once in the playoffs, Rick DiPietro was healthy and took over from game two and on. The Isles were eliminated in the first round. The next season, Dubielewicz was the undisputed back-up on the squad, however, when it was clear that the plan was to keep him in this role with no chance to advance to a starter, Dubielewicz left to the KHL in 2007-08. When the Islanders wanted to re-sign him in 2008-09, Dubielewicz had to enter re-entry waivers and he was then signed by the Blue Jackets where he played three games. The following season, the Wild signed Dubielewicz and he split the time between the Wild and the Aeros of the AHL. After one final season with the Cologne Sharks of the DEL, Dubielewicz retired from play.

What you are looking at right now is a home jersey worn by Wade Dubielewicz in the 2007-08 season, including his 20th career NHL game. The most notable thing on this jersey is the excessive material piling on both sides of the chest as well as the sleeves. The velcro of goalie gloves and blockers plus the material of jerseys in this era were not best friends.

Acquired from: Meigray Group with LOA 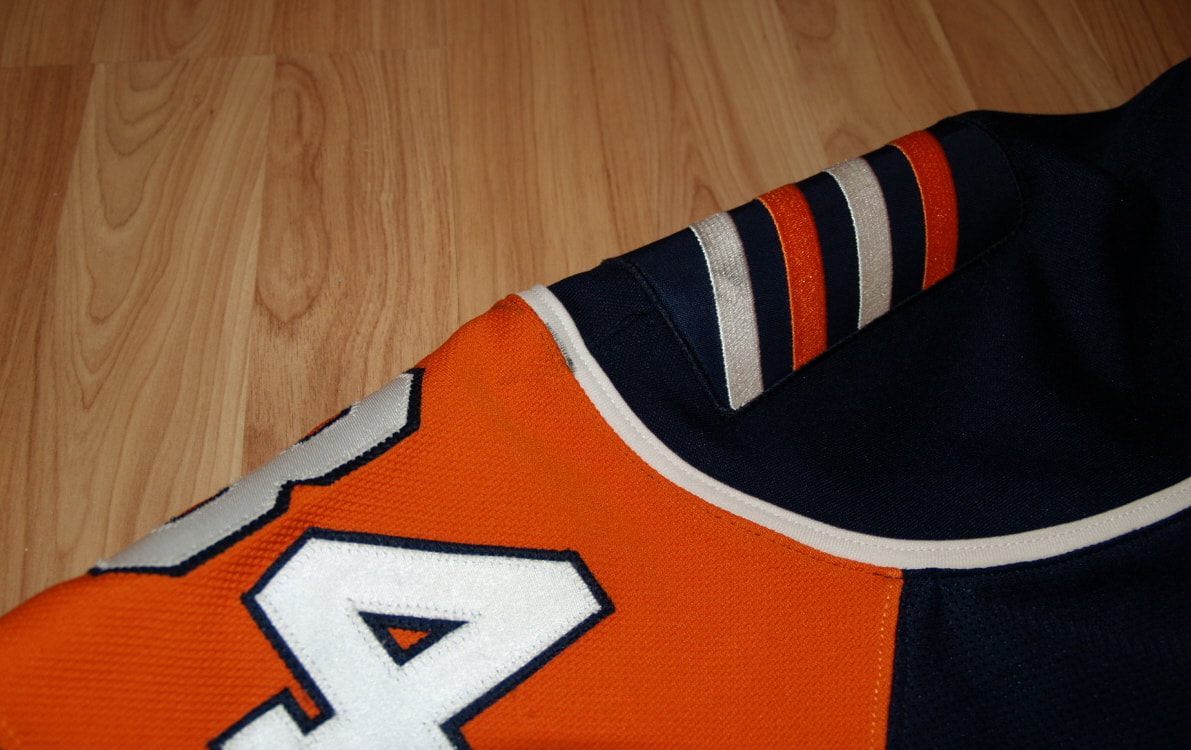 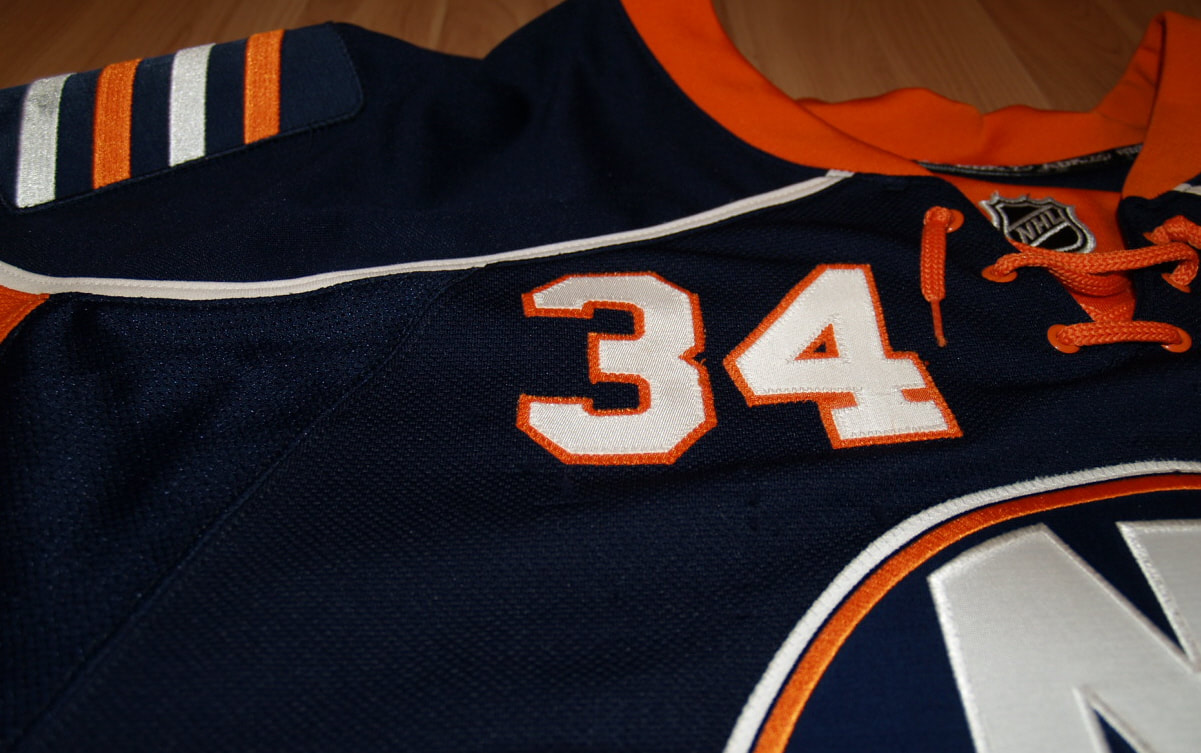 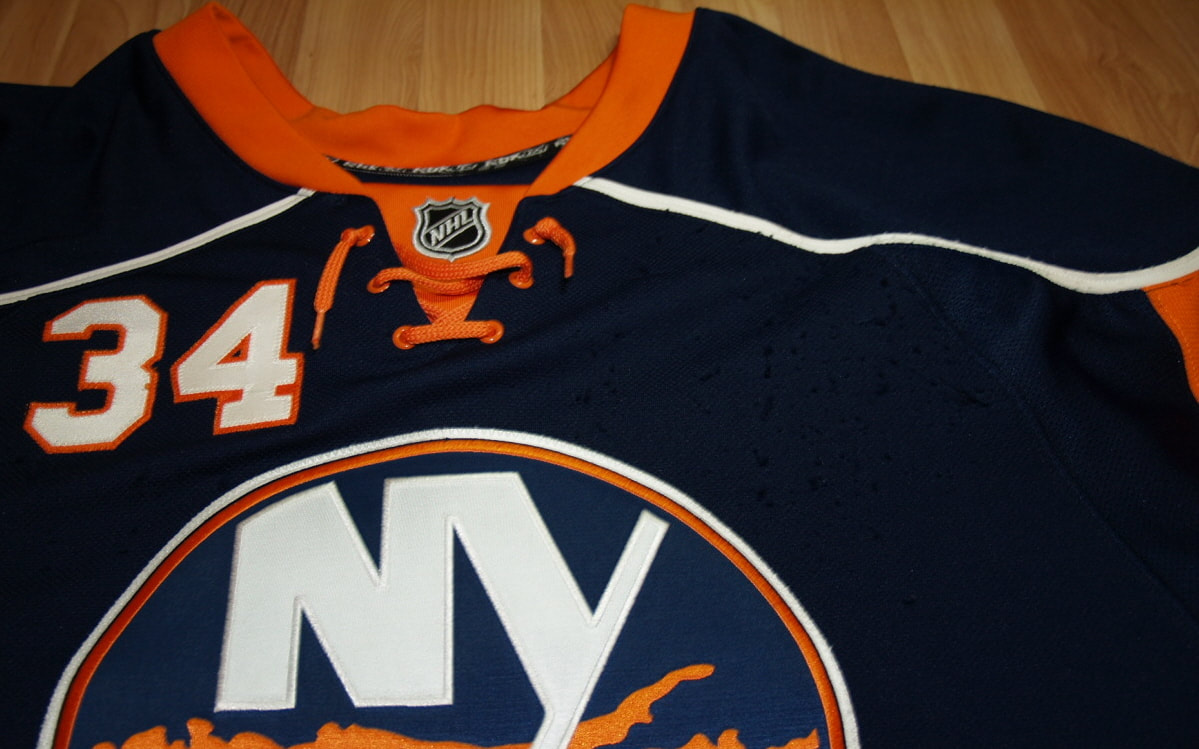 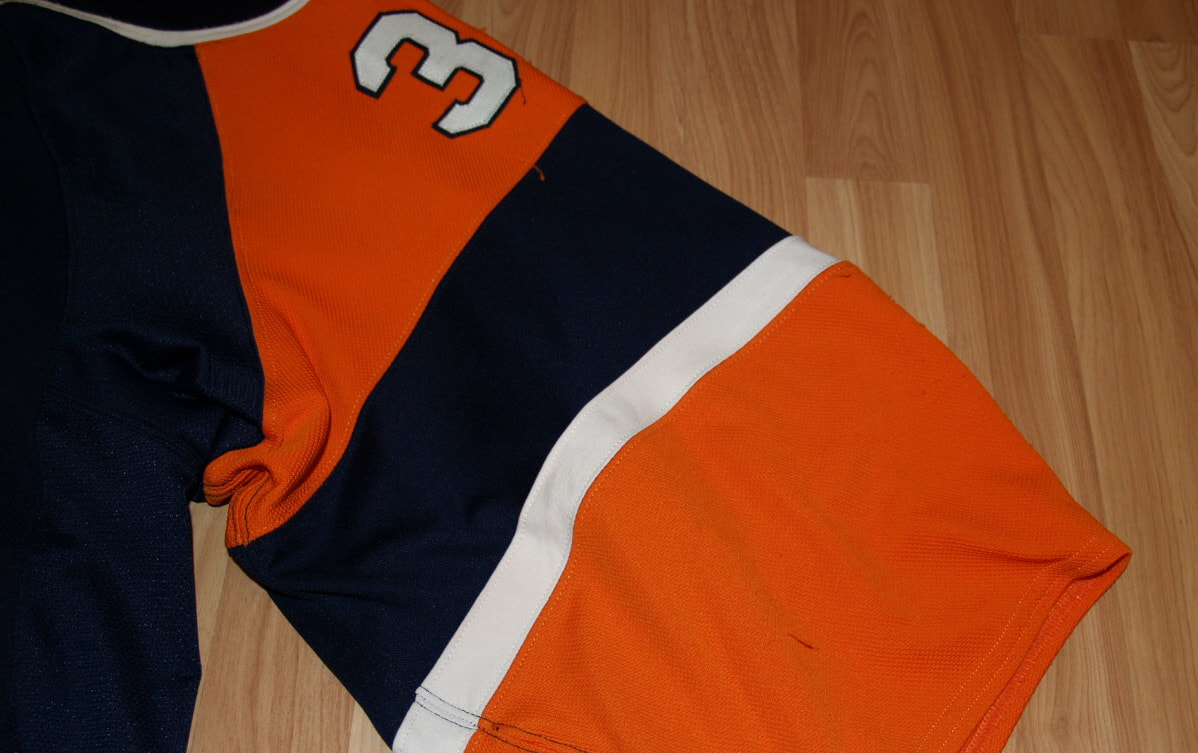 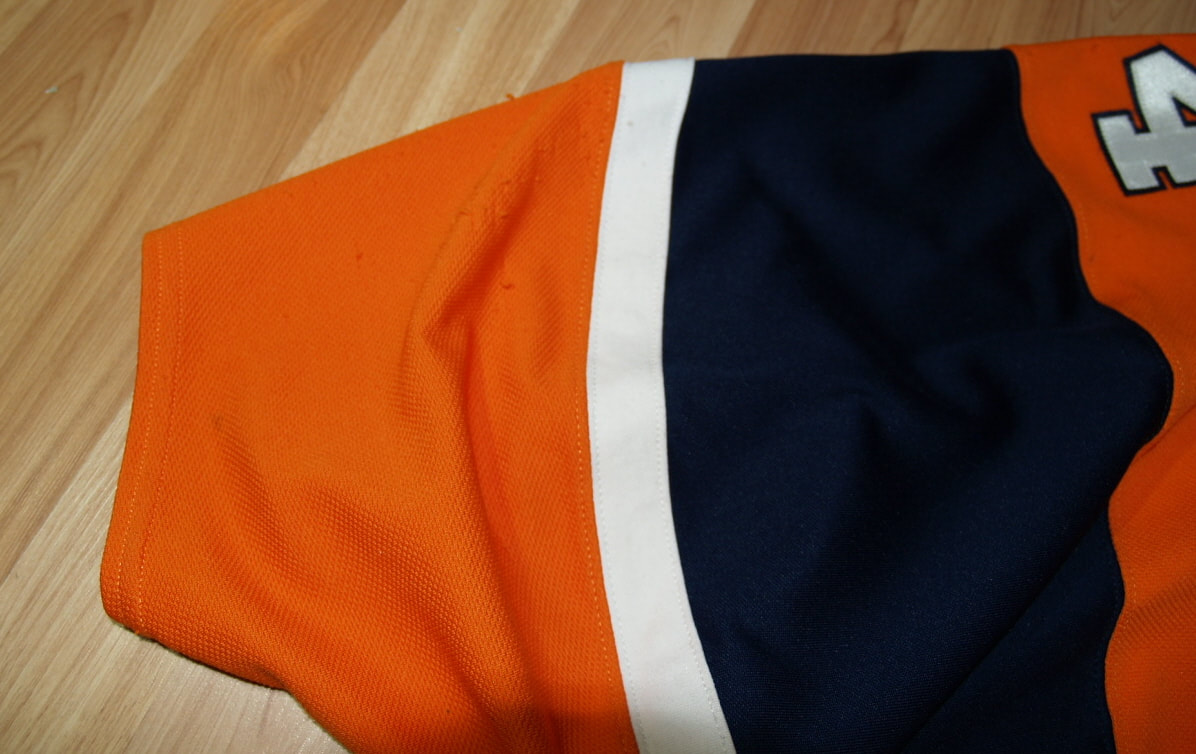 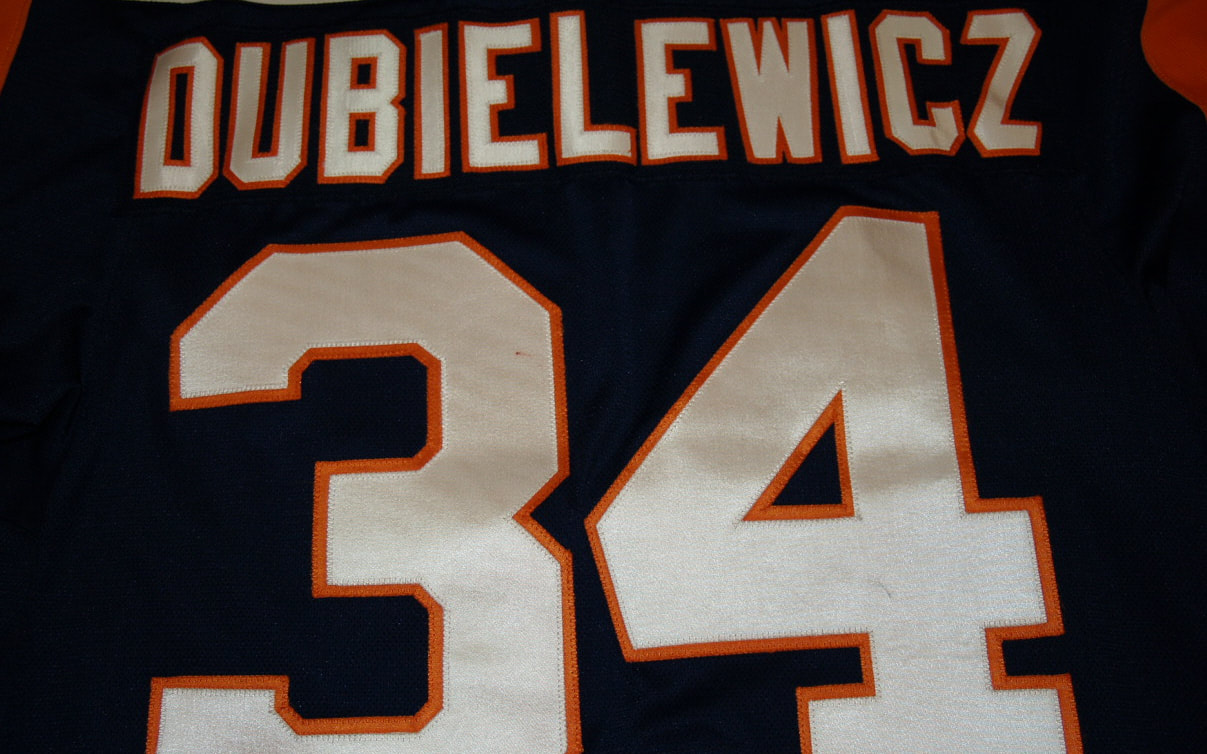