Mike Buzak, hailing from Edson, Alberta, was a former draft pick of the St. Louis Blues in 1993, but never saw any time in the NHL. He largely bounced between the ECHL, WCHL, and AHL between 1995-96 to 2002-03 posting competent numbers at all of those levels but never enough to make The Show. A notable element of the stick is the taping style which is unlike any I have seen yet. The entire paddle of the stick is covered in a clear packaging type like material, but puck marks are on top of it meaning that this was done prior to its use.
​
Acquired from fellow collector, Andrew Connors 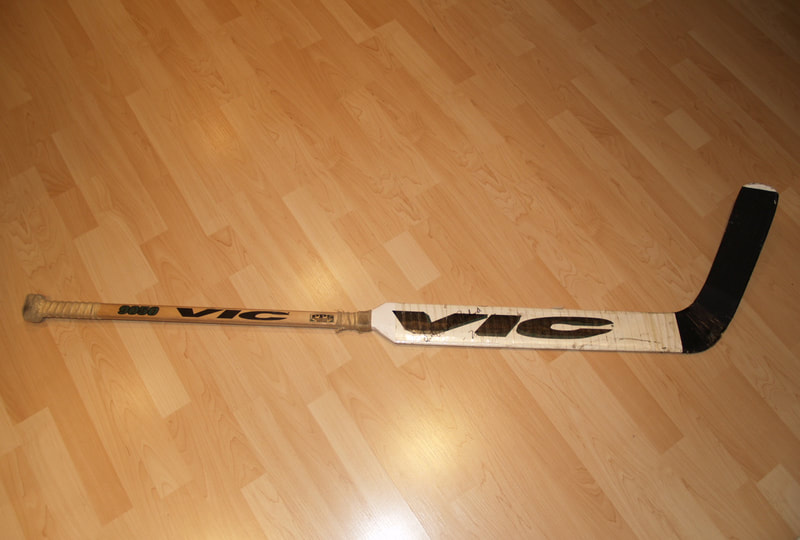 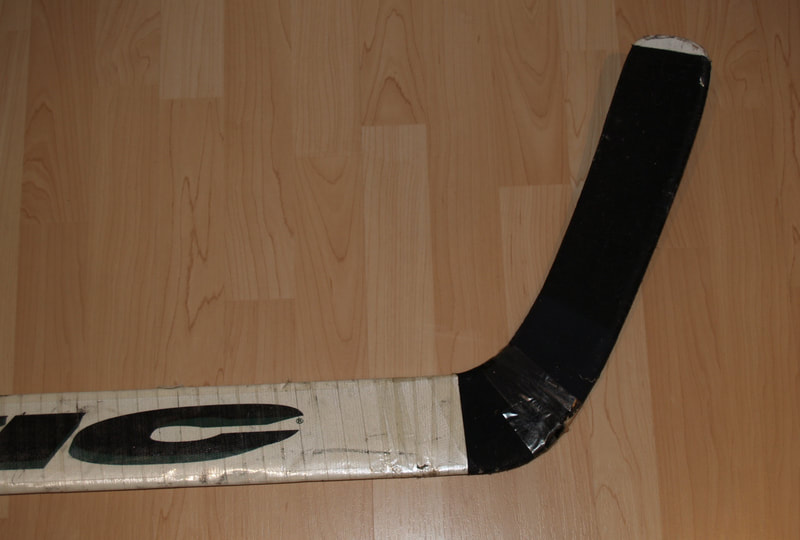 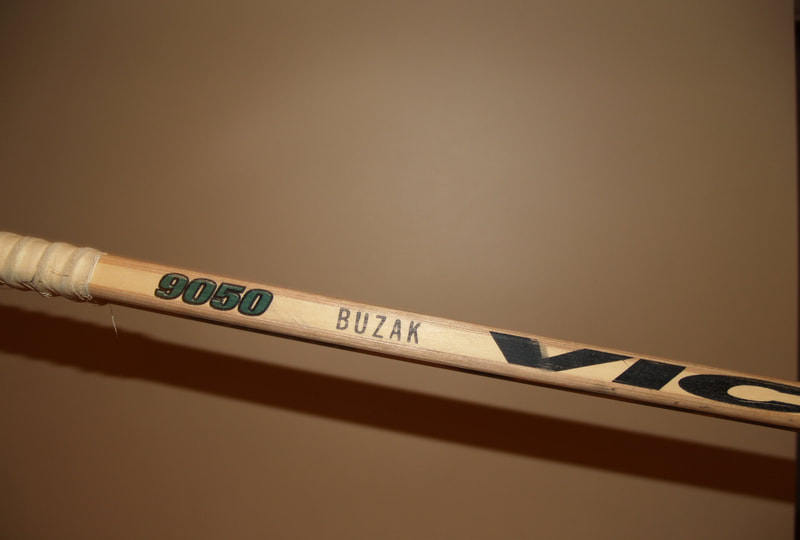 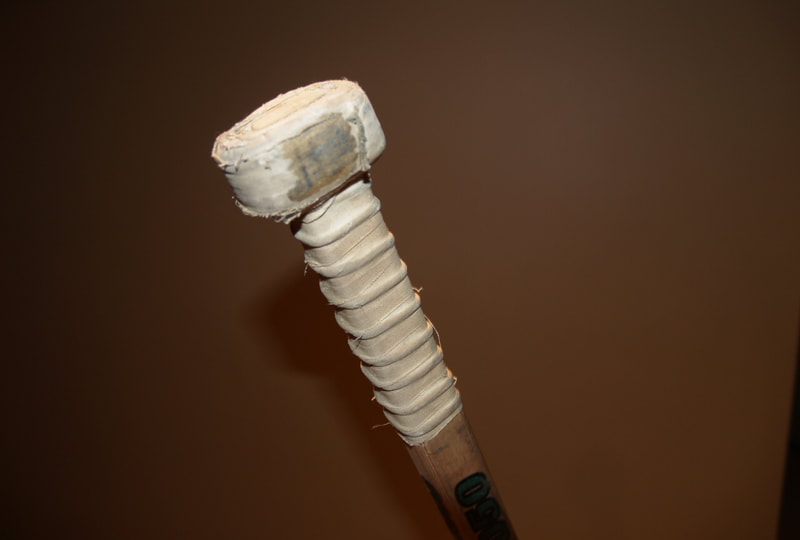