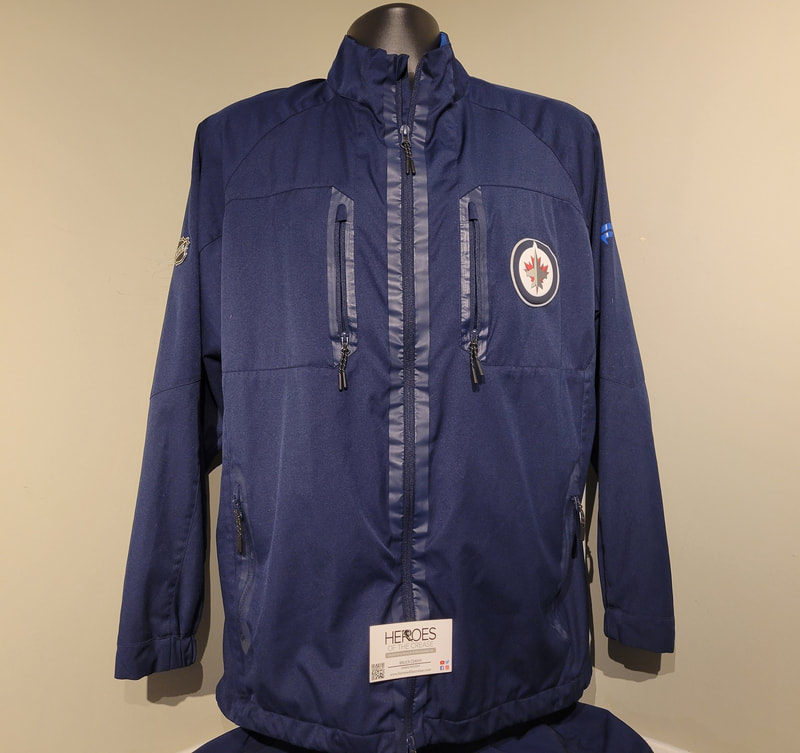 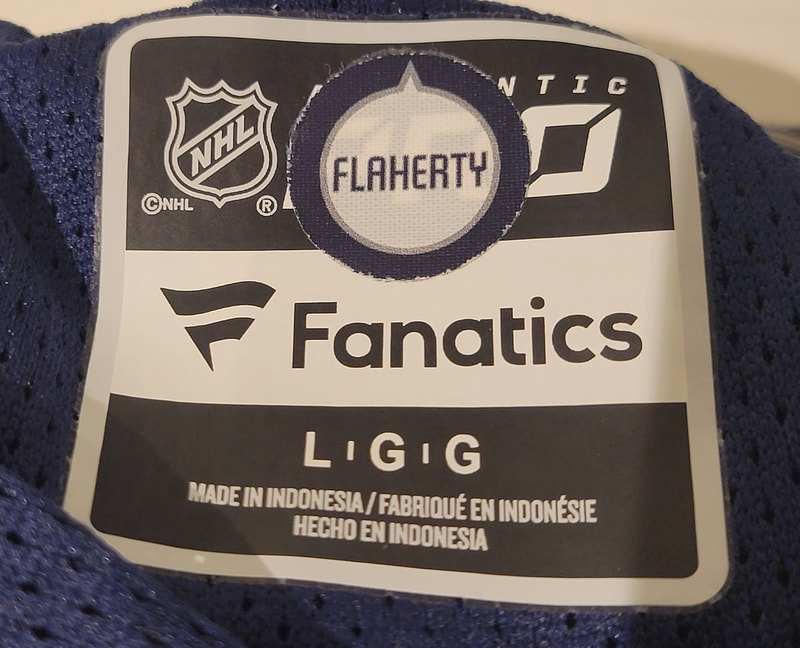 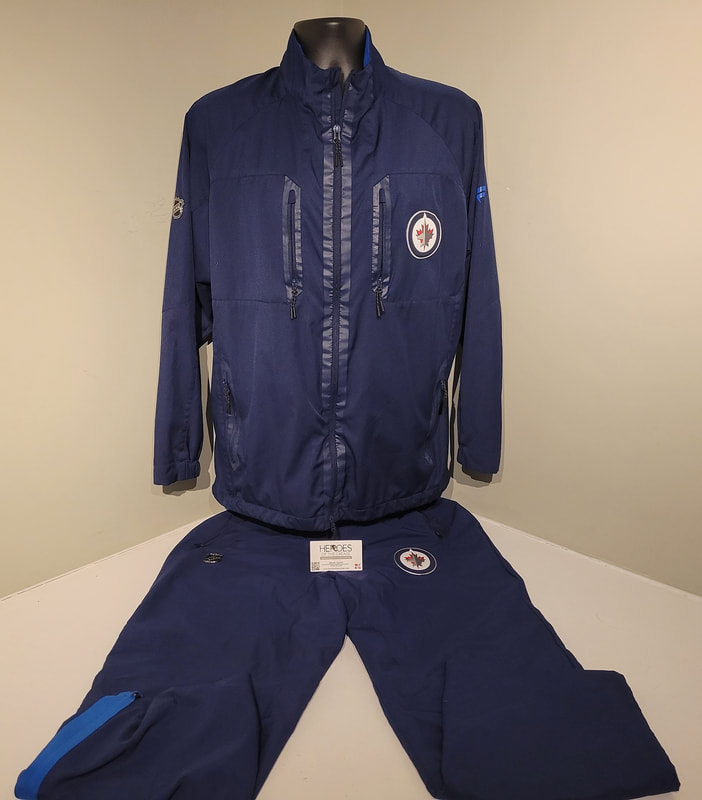 What you are looking at right now is a circa 2021/2022 practice worn complete coaching tracksuit worn by former NHL goaltender, Wade Flaherty while coaching with the Winnipeg Jets. It is a different kind of addition to our museum, variety makes in-person exhibitions a lot more interesting.

Born on January 11, 1968, in Terrace, British Columbia, Wade Flaherty was the starting goalie of the Victoria Cougars in the WHL when he was drafted 181st overall by the Buffalo Sabres in 1988. Flaherty turned pro in 1989-90, spending the majority of the season with Greensboro in the ECHL, even winning the ECHL's Kelly Cup Championship and being named the Playoff MVP in 1990. Signed by San Jose in 1991, Flaherty made his NHL debut on April 12, 1992. Starting in goal vs Edmonton, he stopped 43 of 48 shots in a 6-4 loss. Though he only played 3 NHL games that year, he led the IHL in GAA and was a part of the Kansas City squad that won the IHL Championship. He played 49 more NHL games over three more seasons with San Jose before being acquired by the Islanders in 1997. He played in four seasons with the Isles, then played two games with Tampa in 2000-01, 4 games with Florida in 2001-02, and a game with Nashville in 2002-03. In 2003-04, he helped Canada win the Spengler Cup, he led Milwaukee to the AHL Championship and he was also the playoff MVP. He played four more seasons thereafter in the minor-pros, and a final season in China in 2008-09 before retiring from play. Since then, he has been a coach, first for two seasons with Chicago and then since 2011-12 he has been a coach with the Winnipeg Jets.

A photoreference to this tracksuit style:

Dates of Game Use:
Coaching worn