Born on June 22, 1984, in Toronto, Ontario, Chris Beckford-Tseu was only in his first season as the starting goalie of the Oshawa Generals when he was drafted 159th overall by the St. Louis Blues. After another season in juniors, Beckford-Tseu turned pro, appearing in 29 ECHL games and 1 AHL game for Peoria and Worcester respectively. In 2005-06, he continued his development in the minors, and he also got recalled for five games with St. Louis, though getting into no game action. That season, he also led the ECHL's Alaska Aces to the Kelly Cup Championship. After another season in the minors, Beckford-Tseu got his next string of callups to the NHL. After five games backing up Manny Legace in February 2008, he got his chance on February 21, 2008. After Legace allowed 4 goals on 19 shots to the Kings, in went Beckford-Tseu for the final twenty-six and a half minutes of the game. He stopped 8 of the 9 shots that he faced in St. Louis' 5-1 defeat. He backed up two more times that season before being sent back to the minors. He was signed as a free agent by Florida in 2008, though he ultimately remained in the minor-pros, eventually retiring from play in 2011. After retiring, he took up coaching and managing and he is currently the goalie coach of the Mississauga Steelheads of the OHL.

What you are looking at right now is a game worn 2007-08 Peoria Rivermen AHL jersey that Chris Beckford-Tseu utilized in the first half of the season. It features excellent game wear comprised of paint transfer, black marks, pilling, and a nameplate that has turned blue as the letters of his name clearly bled onto the jersey through multiple team washes.

Acquired From: Michael Hogan of IceViolence, with Meigray LOA 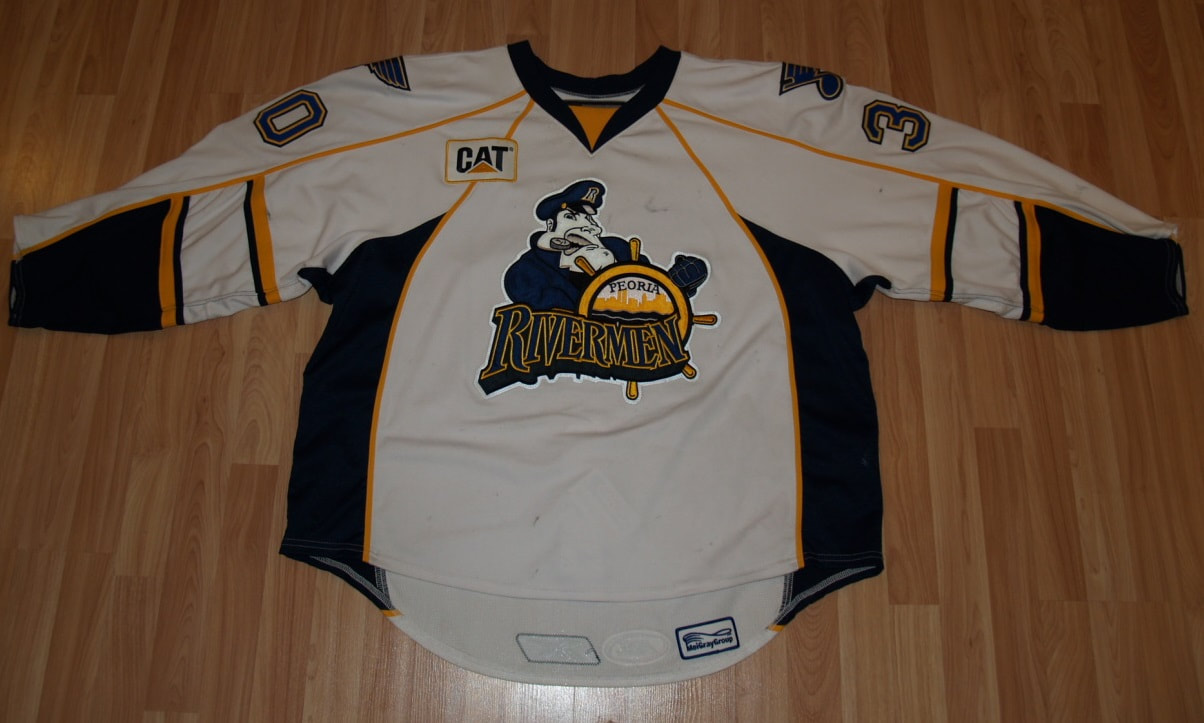 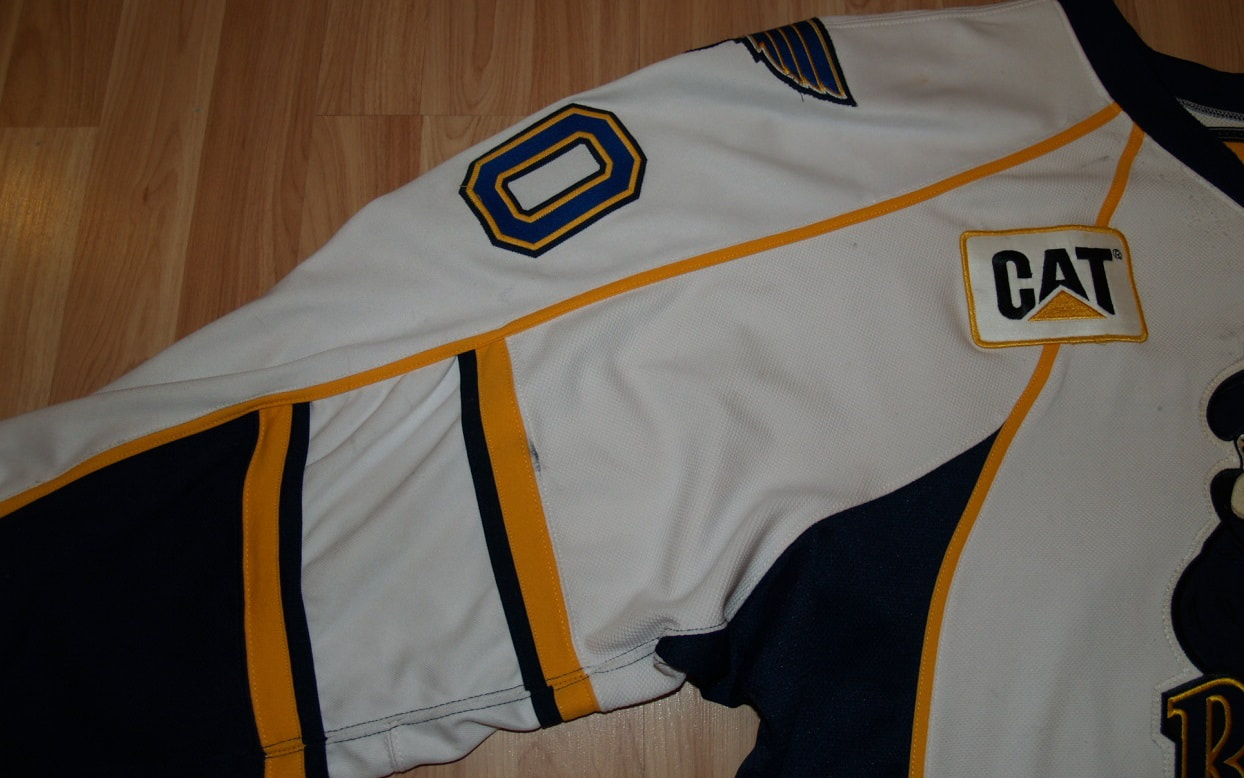 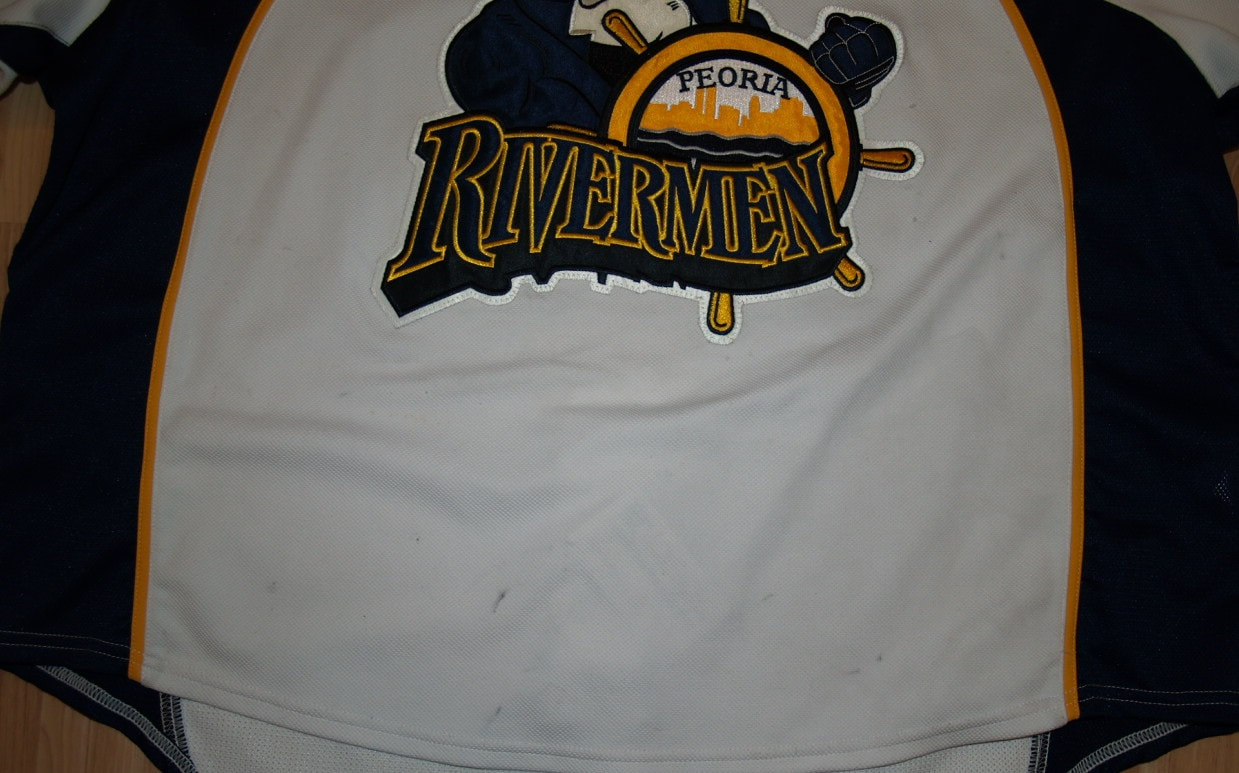 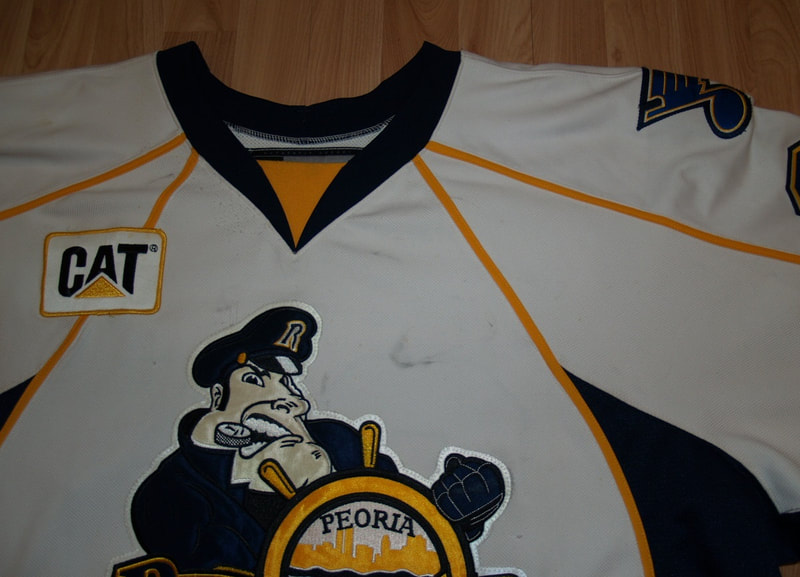 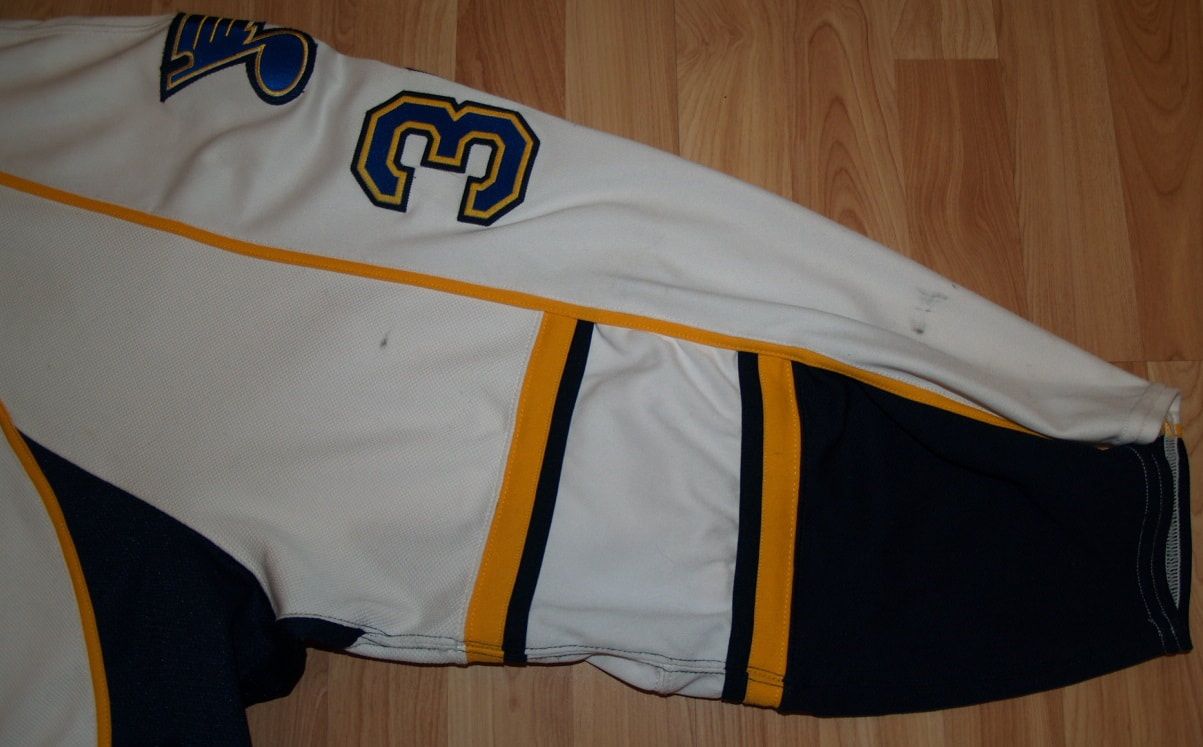 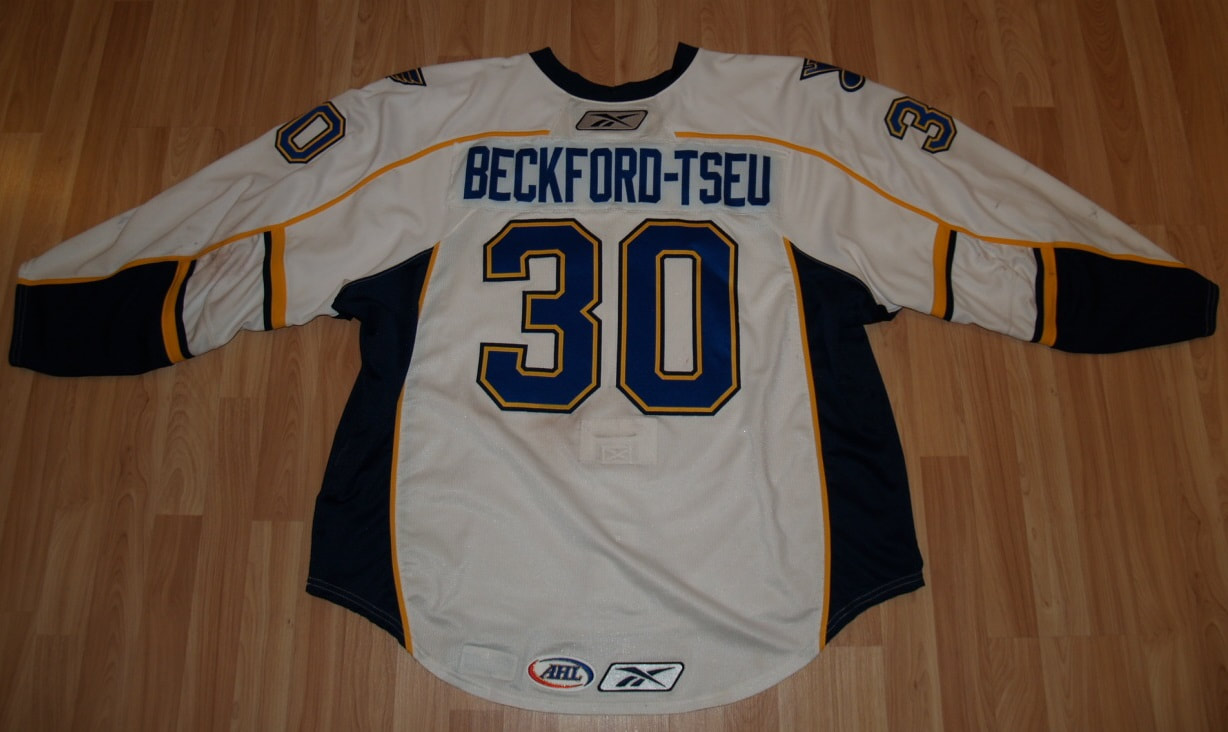 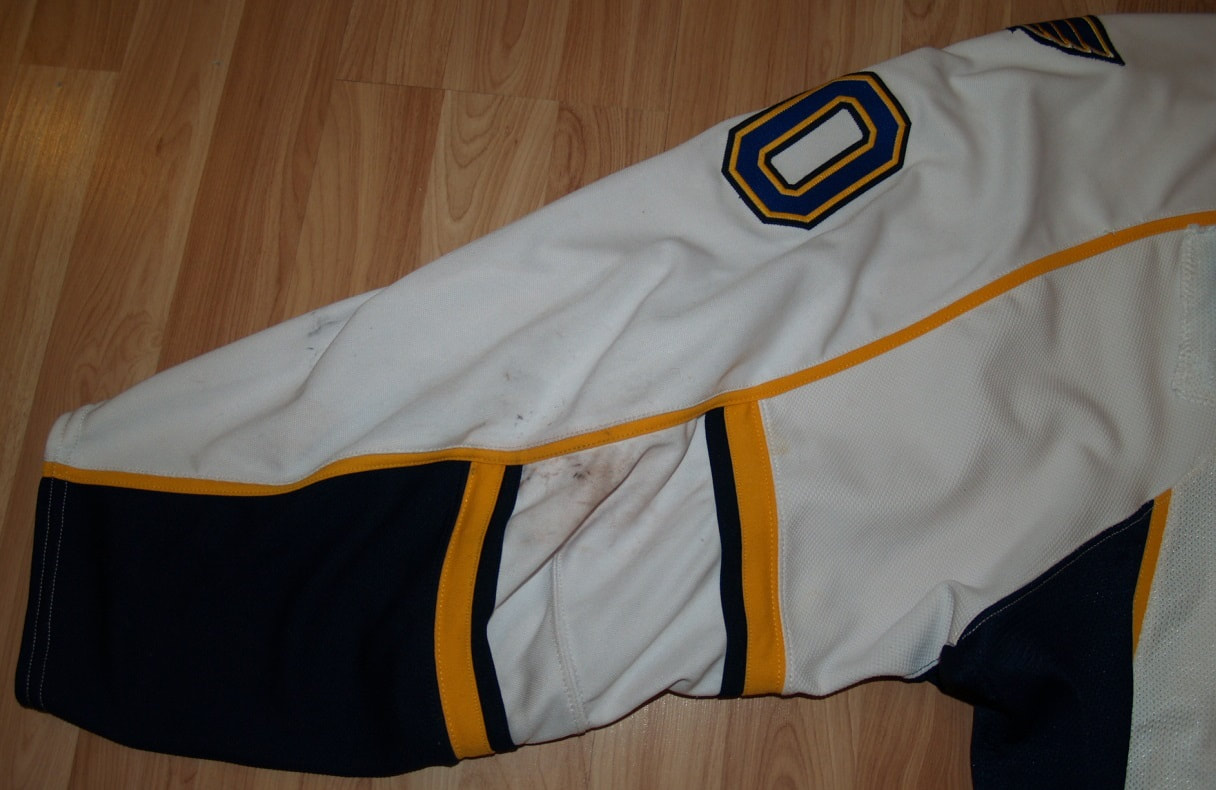 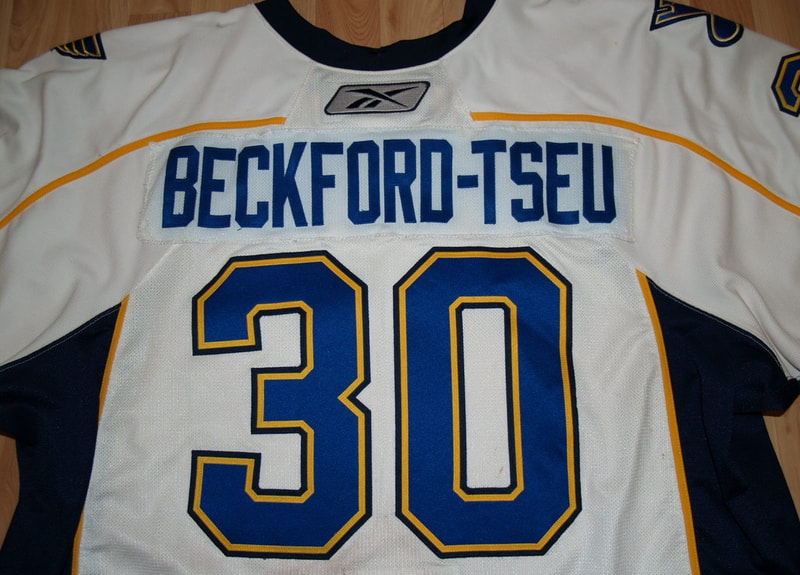 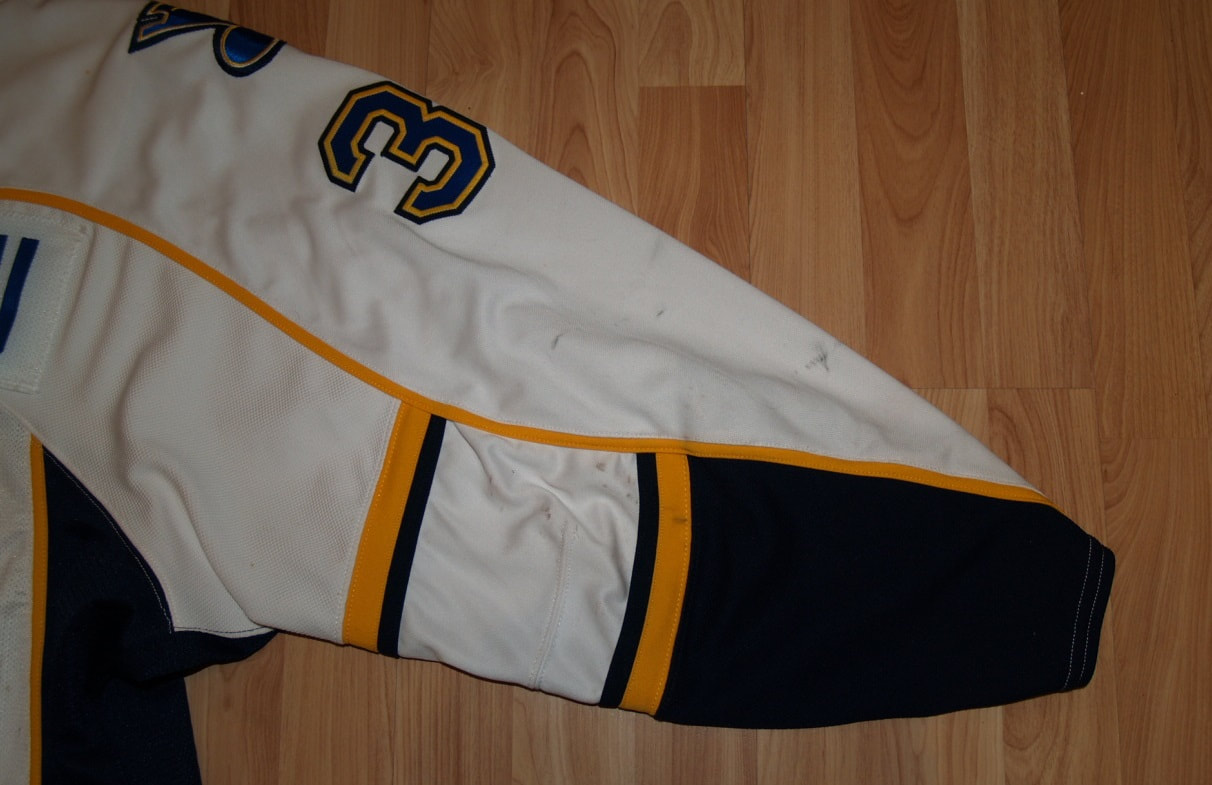