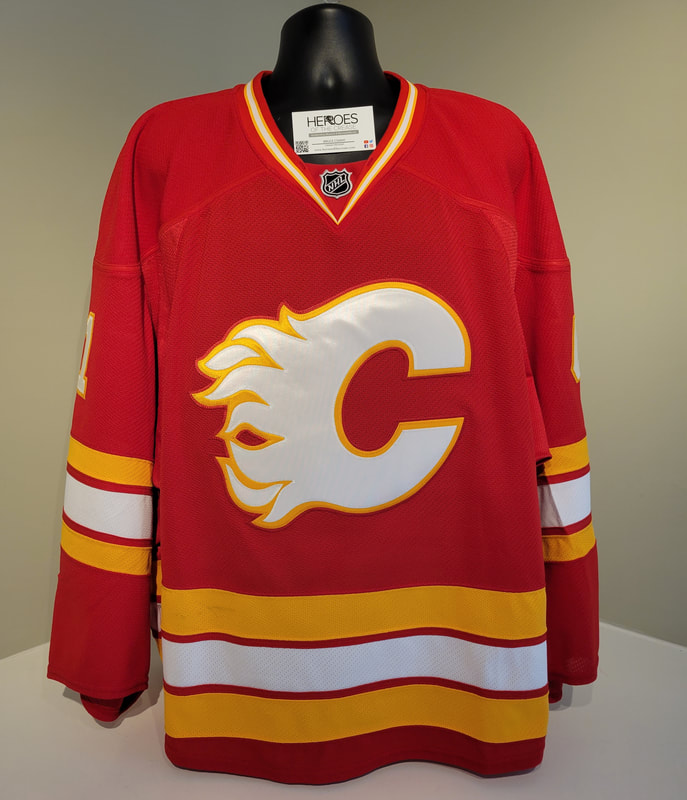 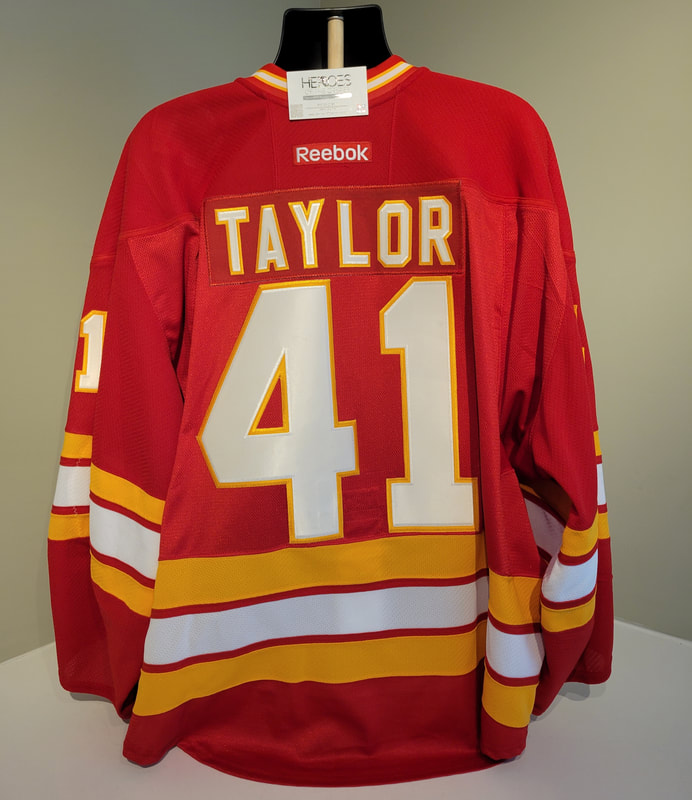 Danny Taylor, born in Plymouth, England on April 28, 1986, was originally a 2004, 7th round pick of the Los Angeles Kings. As a standout in the Ontario Hockey League, Taylor battled his way up from the ECHL up to a lone game in the NHL with the Kings in 2007-08, a 20 minute appearance against the Dallas Stars with two goals against. Afterwards, Taylor bounced around between the ECHL, AHL, and Europe for four uneventful seasons, before finally getting his second chance with the Flames in Calgary. The 2012-13 season was a goaltending nightmare for the team as four different goalies suited up throughout the season. His first appearance with Calgary was on February 18, 2003, a 33 save, 4-0 loss to Phoenix. The next game was when he donned this sweater. On March 3, 2013, Danny Taylor faced the Vancouver Canucks and a powerful goaltending veteran by the name of Roberto Luongo. Taylor stopped of 29 of 31 shots on that day, earning himself his first career NHL win with a convincing 4-2 score. After that game, he returned to play in Europe. In 2017-18 he returned to North America and got into one more game with the Ottawa Senators. Remaining unsigned at the conclusion of the season, Taylor joined the KHL in 2018-19. As of 2019-20, he plays for Minsk Dynamo in the KHL.

The piece you are looking at right now is the third set 1 sweater worn by Danny Taylor in his first career NHL win on March 3, 2013. Wear is very light and comprises of some light black marks. 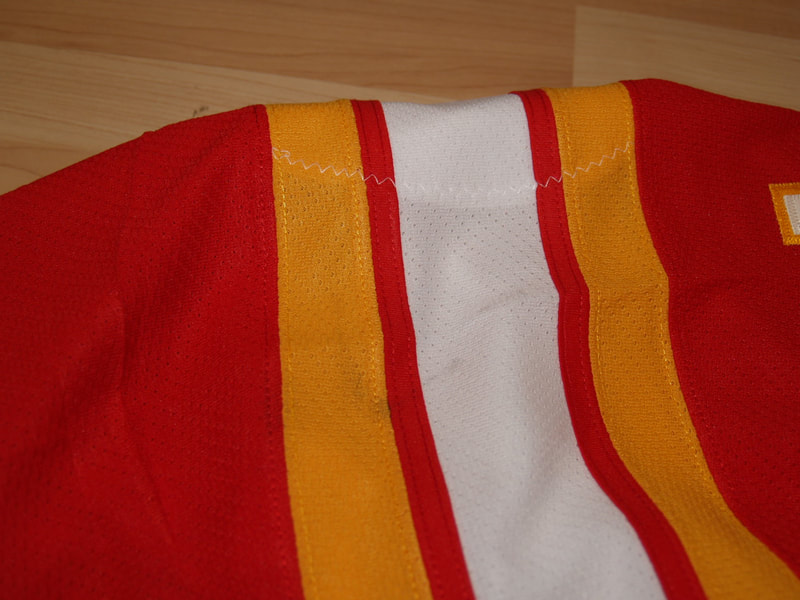