Born on October 20, 1965 in Moscow, Russia, Mikhail Shtalenkov was a 1986-87 Soviet League Rookie of the Year eventually drafted 108th overall by the Anaheim Mighty Ducks in 1993. Fun fact is that he was actually drafted AFTER he joined the minor-pro ranks with the Milwaukee Admirals in 1992-93. The following season, he spent a decent proportion of the year with San Diego in the IHL, but like all stories in the hallowed halls of this museum collection, it finally happened. On November 14, 1993 Mikhail Shtalenkov was given the start in goal against the Vancouver Canucks. In his NHL debut, he stopped 24 of 27 shots in a 3-2 loss. That season, he appeared in 10 games for the Mighty Ducks, recording 3 wins in the process. Behind Guy Hebert, Shtalenkov appeared in 18 games the next season, and then 30 the following year. In 1996-97, after the injury of Guy Hebert in the playoffs, Shtalenkov was put in against the Red Wings for the remaining games of their series and despite recording 3 losses in 3 starts, he recorded a solid 0.938% save average. After a final season with Anaheim in which he appeared in 40 games, he was acquired by Nashville in the Expansion Draft of 1998, only to eventually find his way to the Edmonton Oilers before appearing with the Predators. With Edmonton, he played in 34 games, only to be acquired by the Phoenix Coyotes later in the season. In 1999-00 Shtalenkov began the season with the Coyotes before being traded to the Florida Panthers for Sean Burke that November. In Florida, he saw the final 15 games of his NHL career before leaving the league. After two games with the Russian National Team in 2000-01 he officially retiring from play in 2002.

The piece you are looking at right now is a 1999-00 Florida Panthers Road Jersey worn by Mikhail Shtalenkov. Wear is light, featuring some light burns, and stick and/or puck marks. 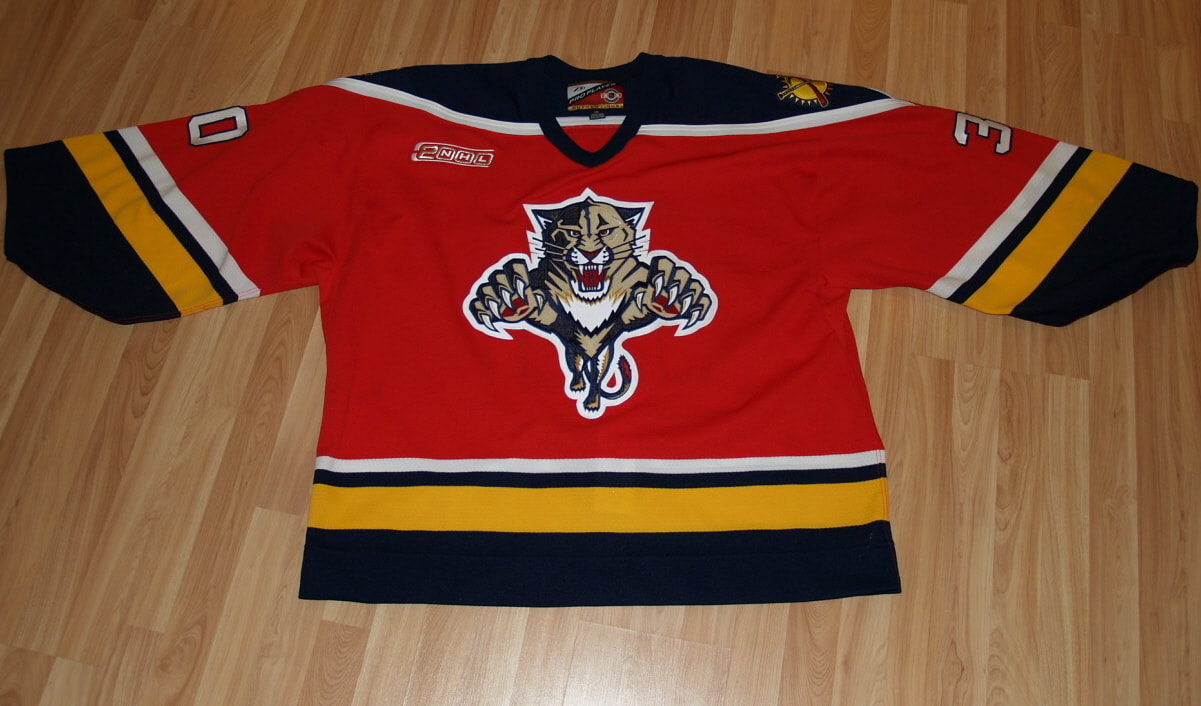 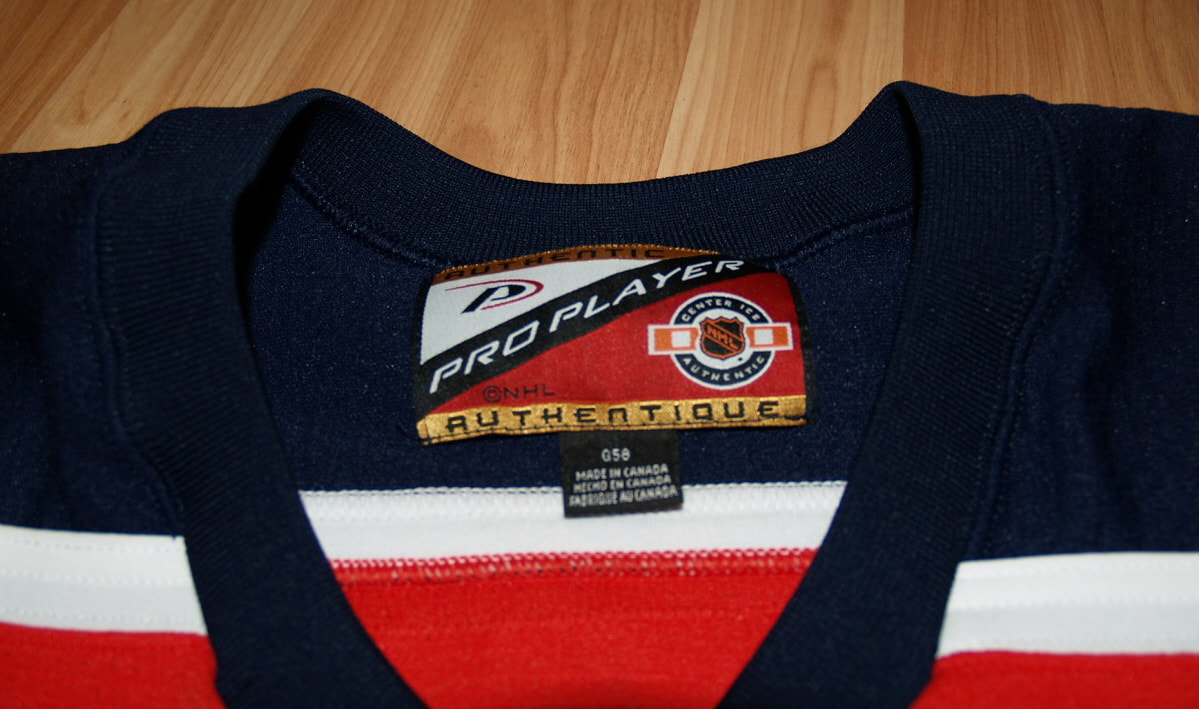 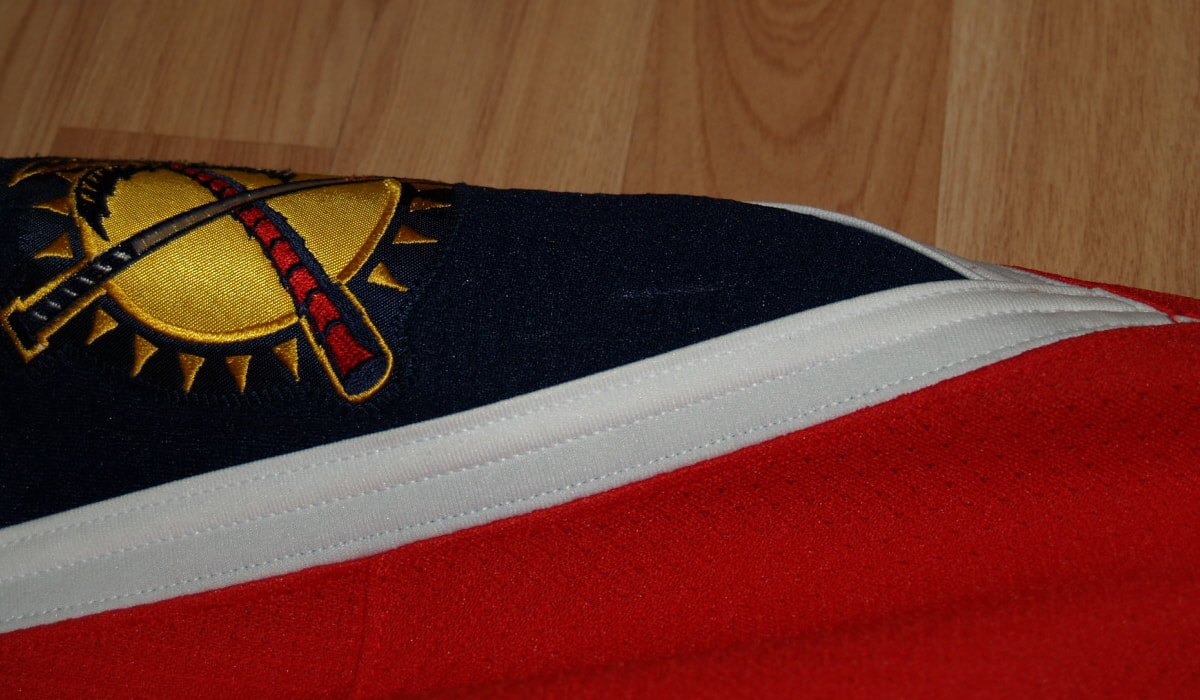 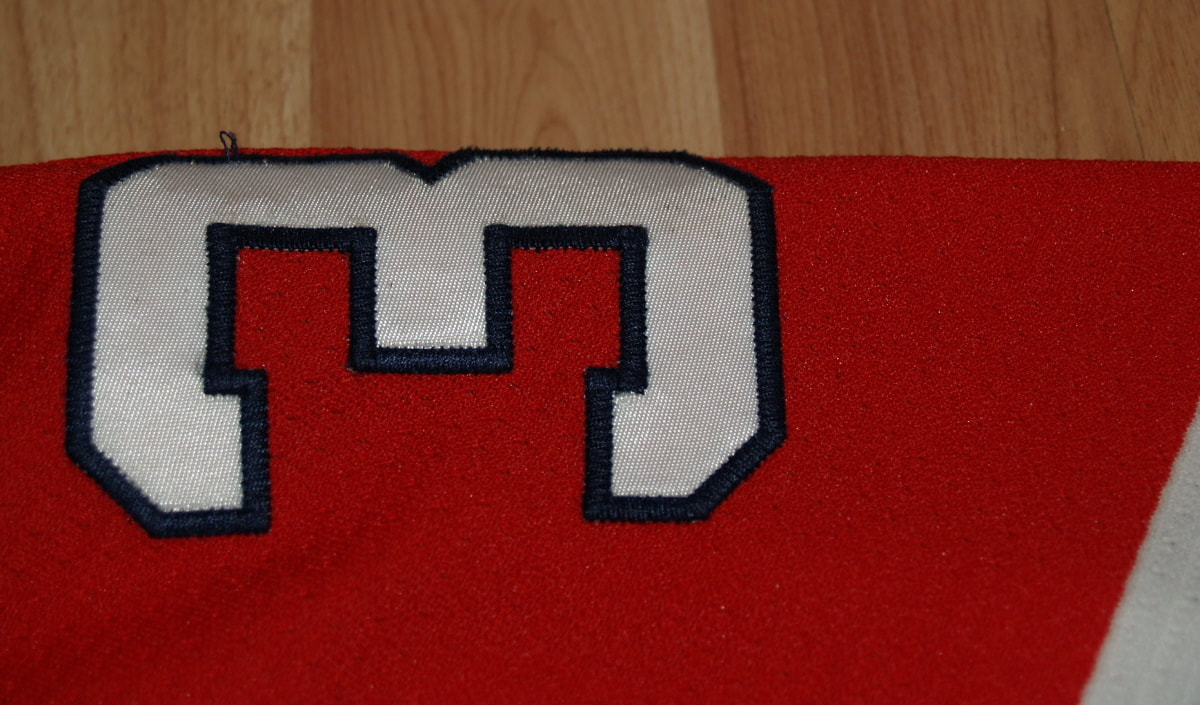 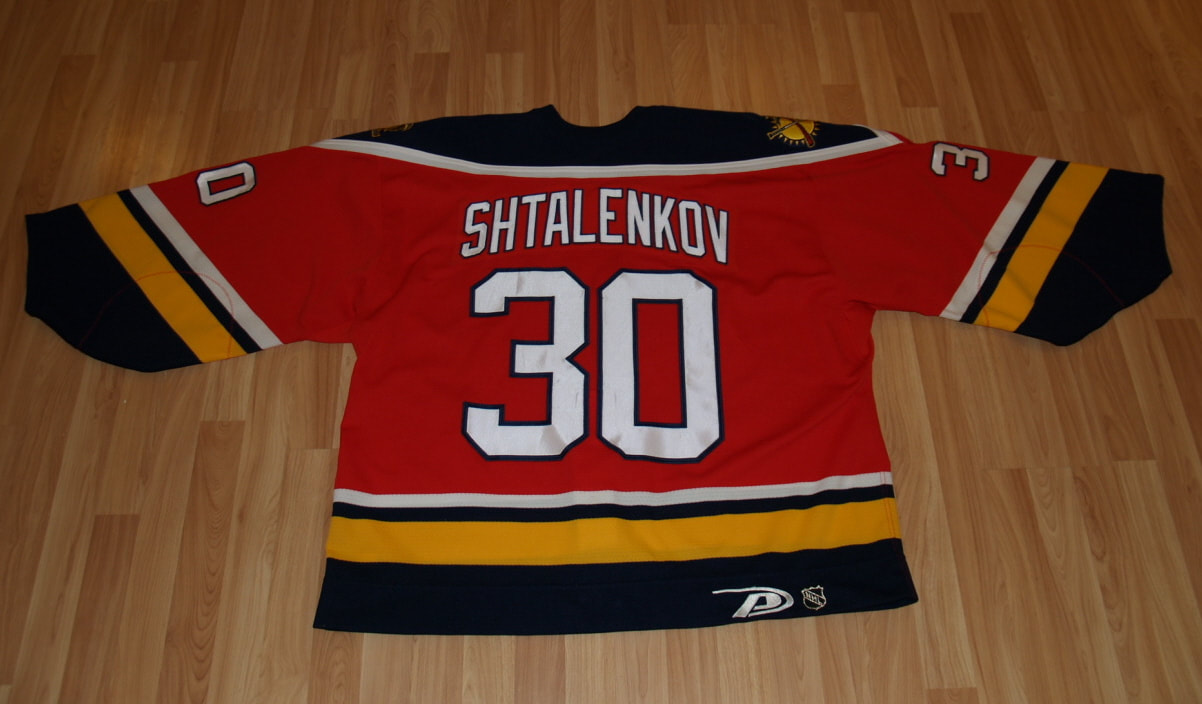 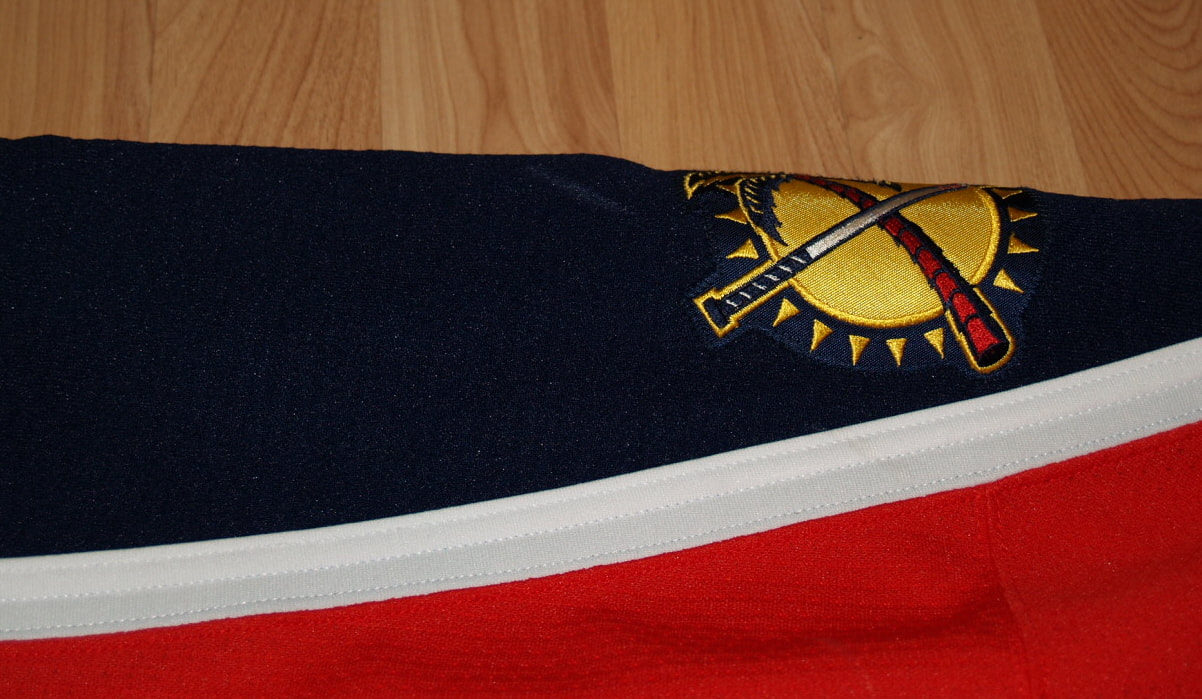 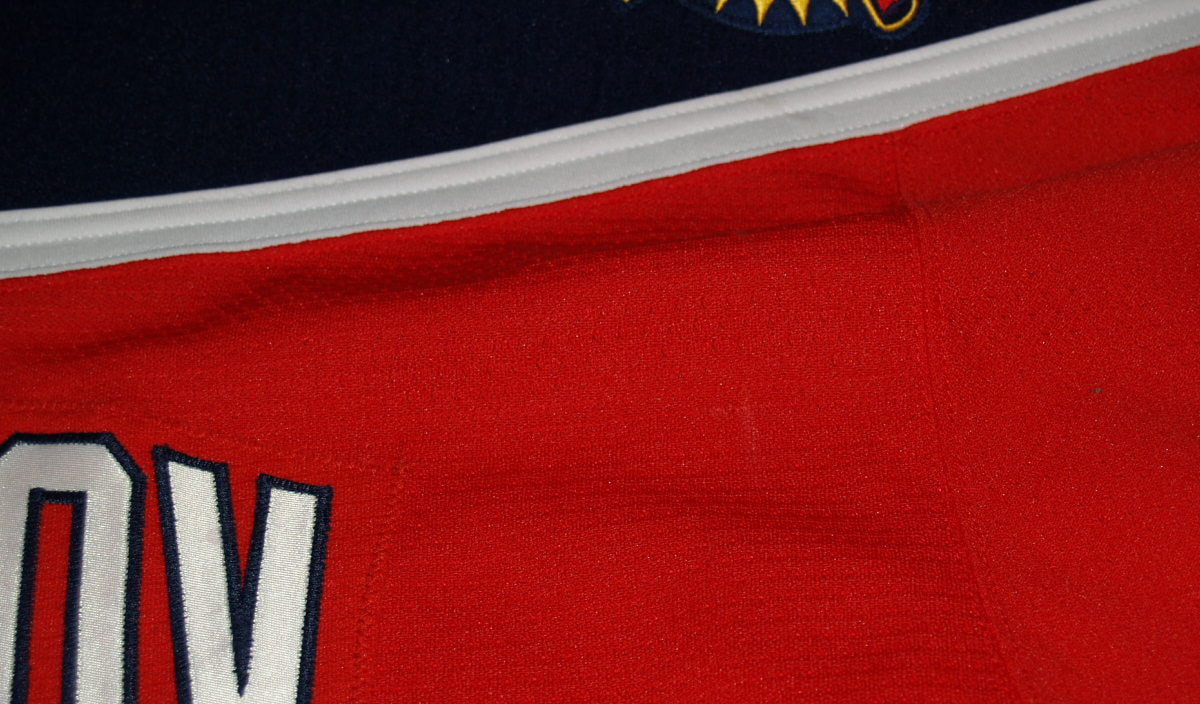 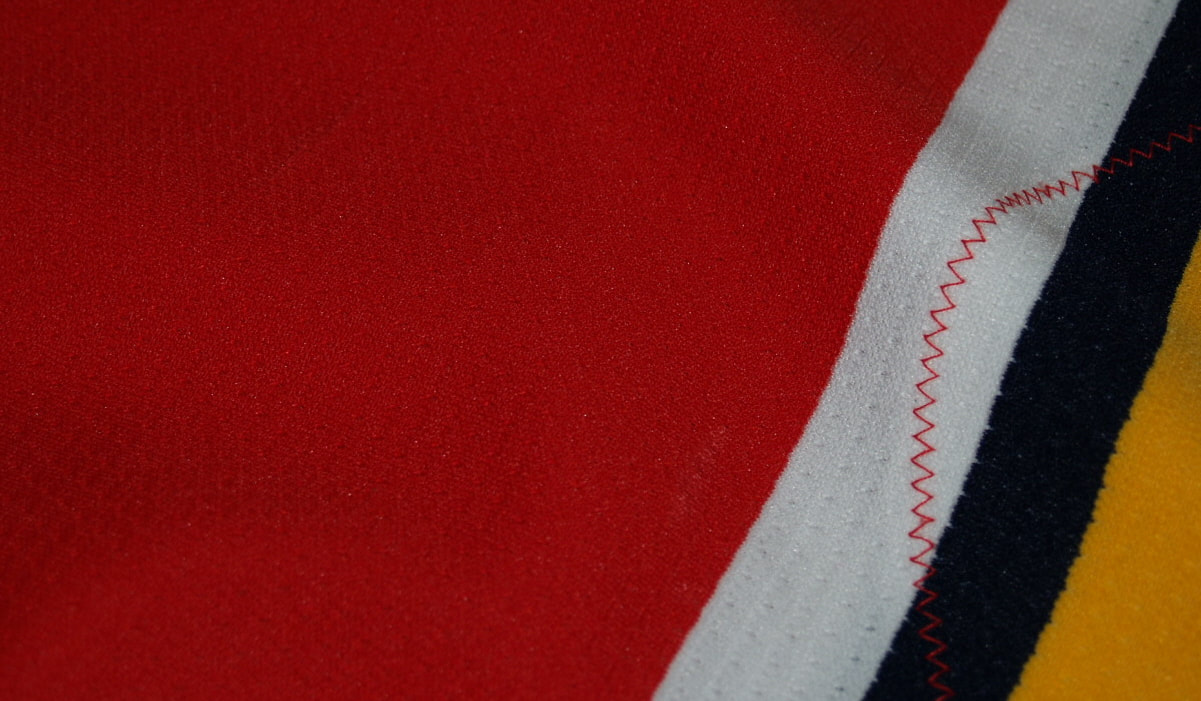