Arturs Irbe, born in Riga, Latvia on February 2, 1967 was drafted 196th overall by the Minnesota North Stars in 1989. Upon the collapse of the USSR, Irbe made his way over to the NHL and became the first legit franchise goalie for the San Jose Sharks from 1991-1996. After dismal final season with the team, he was signed by the Dallas Stars to back up Andy Moog in 1996-97. The following season, he was signed by the Vancouver Canucks. After a couple of decent back-up stints, Irbe was signed by the Carolina Hurricanes. There, Irbe recorded some of the best years of his career. From 1998-2004, he led the team to the playoffs several times, and even led the underdog 'Canes to the Stanley Cup Final against the stacked Detroit Red Wings. Though the team fell in five games, Irbe's numbers were the best of all playoff goalies that year, even getting better numbers than Hasek. The following season, Irbe regressed substantially and he was eventually placed on waivers, before the team gave him a final shot in 2003-04 to hopefully trade him. In the off-season, he was traded to the Blue Jackets, but due to the lock-out, he never played for the them. He continued to play in Europe until the end of the 2006-07 season.

Sometimes the end of a playing career does not signal the end of a goaltender's career. Such was the case with Irbe. He took over the role of goalie coach in Washington for two seasons from 2009 until 2011 and then coached for the Buffalo Sabres in 2014-15, even dressing as an emergency backup to Jhonas Enroth on November 18, 2014.

This stick was used by Irbe while with the San Jose Sharks. 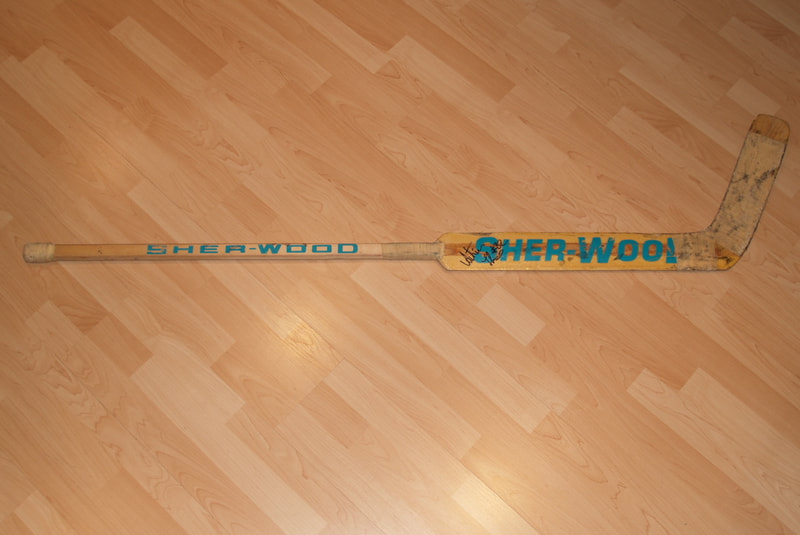 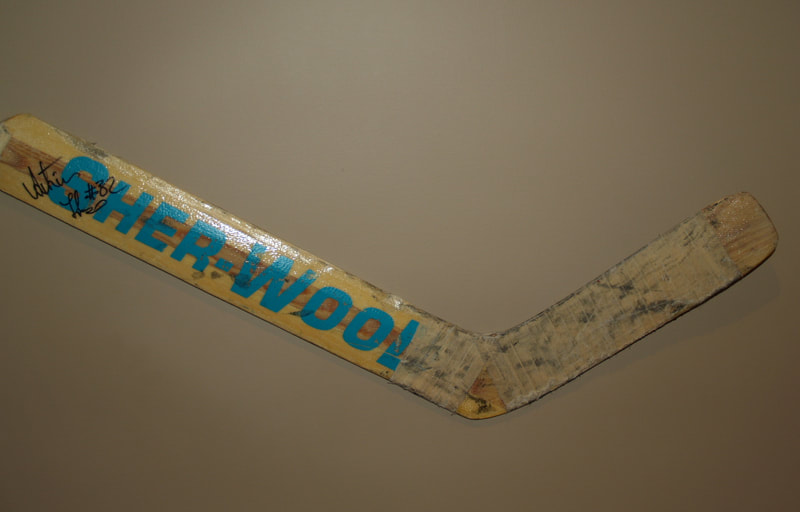 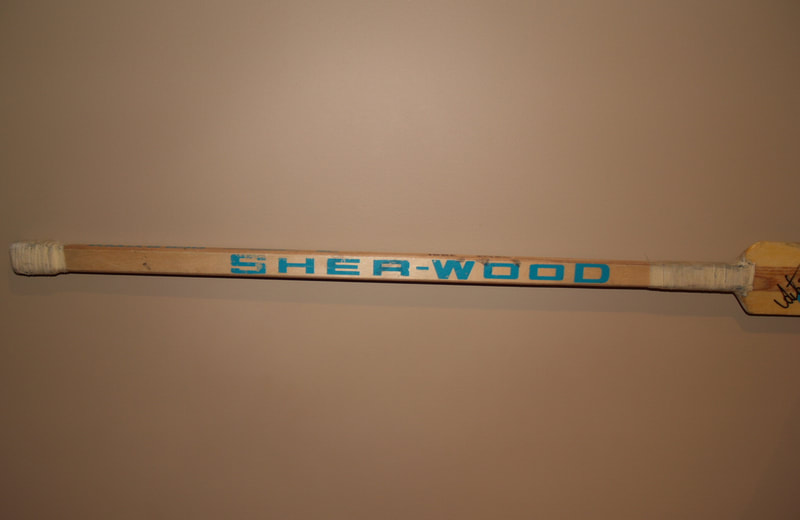 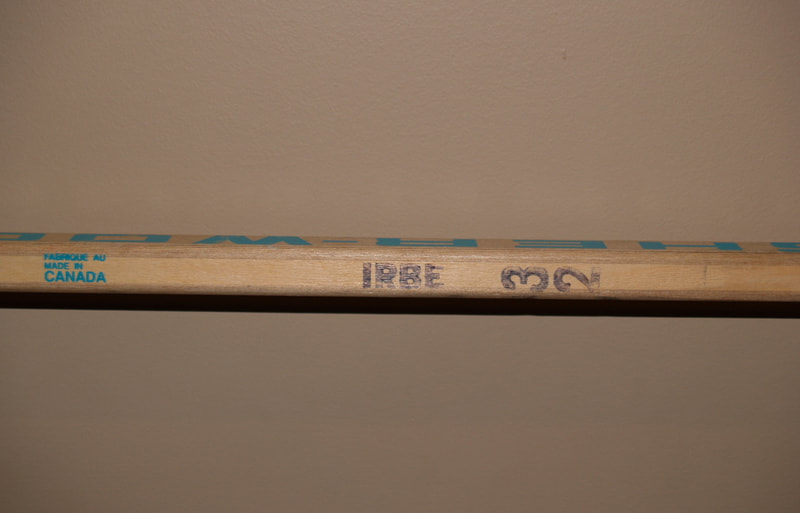 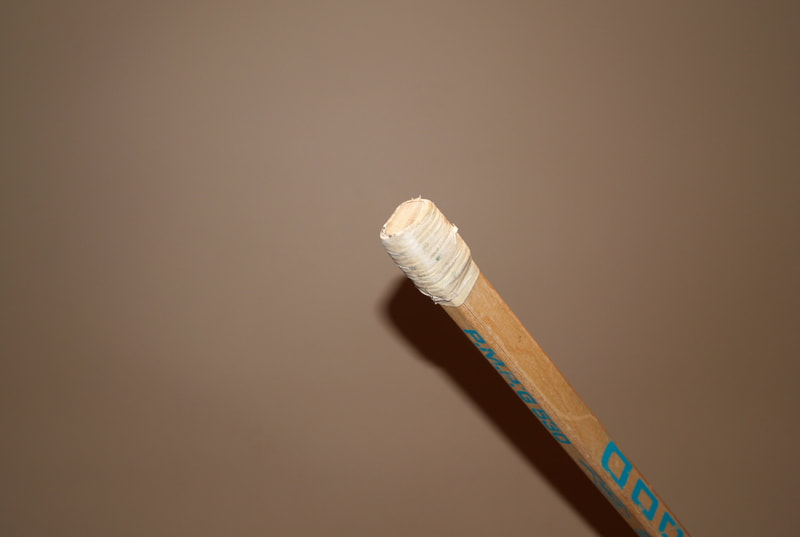