This goalie was born on February 2, 1961 at Ste. Foy, Quebec. His name, Steve Penney. A competent goalie with the Shawinigan Cataractes of the QMJHL from 1978-1981, Steve Penney was selected 166th overall by the Montreal Canadiens in the 1980 NHL draft. Penney spent two seasons in the minors in both the AHL and IHL before the 1983-84 campaign. In that '83-84 campaign, Penney played mostly in the AHL, however, right at the conclusion of the season he appeared in four NHL games with the Canadiens and recorded four straight losses between March 21-March 29, 1984. With that limited experience, he was thrust between the pipes for the playoffs, and hopes seemed low despite the more experienced presences of Richard Sevigny and Rick Wamsley in Montreal. However, he surprised by leading the Habs to a three game sweep of the Bruins, all while surrendering only two goals on 76 shots and recording a shutout. In the next round, he faired equally as well taking the Nordiques to six games and earning the series win and also recording another shutout in the fifth game. The next round saw the Habs facing the dynasty Islanders squad. The Canadiens surprised by taking the first two games, and getting Penney another shutout in the first game. After those two games, the Isles' momentum shifted and they ended up winning the series in six and eventually they lost to the Oilers in the Cup Final that year. Penney showed that he had what it takes to be a star goalie in the league.

The following season he became the undisputed starter of the Canadiens, appearing in 54 games with the club and recording a 26-18-8 record with one shutout, a 3.08GAA, and a 0.876% save average (all very good numbers for the era). An injury he sustained that season also allowed for Patrick Roy to make his NHL debut. Once again, however, Steve Penney was the go-to guy and he got the Habs out of the first round of the playoffs with an additional shutout performance, however fell to the Nordiques in overtime of game seven in the second round. In 1985-86, he became number two to Patrick Roy, and injuries derailed his spot on the Canadiens. Though the team won the Cup and he was eligible to have his name on the Stanley Cup due to injury exemption, the team did not include him. He did get a Stanley Cup ring out of it, though he reported it stolen many years later when he left it in a locker room and it was looted. After the '85-86 season, he was traded to the Winnipeg Jets, however, knee injuries limited Penney to 15 games with the team over two seasons and a short AHL stint before he was forced to retire at the age of 26.

This here is a pair of game worn Jofa pads worn by Steve Penney. A beauty example of old school pads, their natural beige color continues to amaze, and their combined weight is almost equal to four pads today. With marks, slashes, and repairs visible these easily photomatched pads were used in his entire NHL debut season and throughout those playoffs and possibly into later seasons with the Habs. 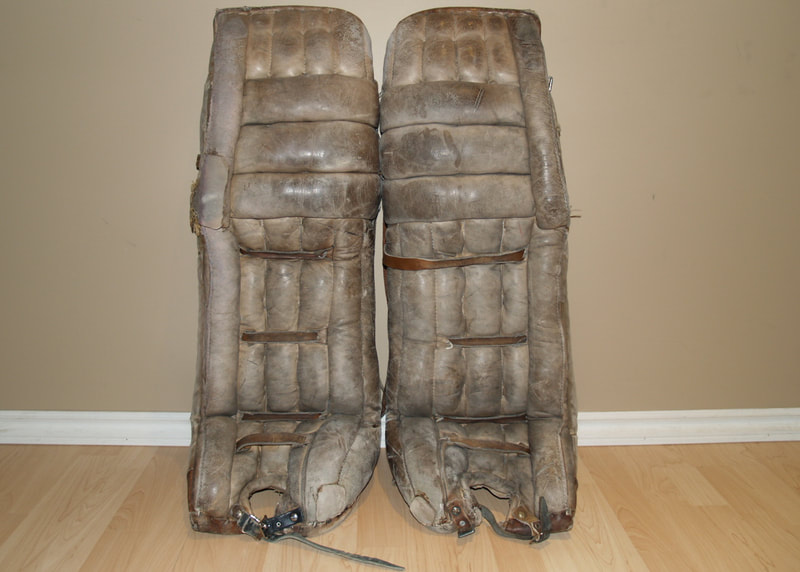 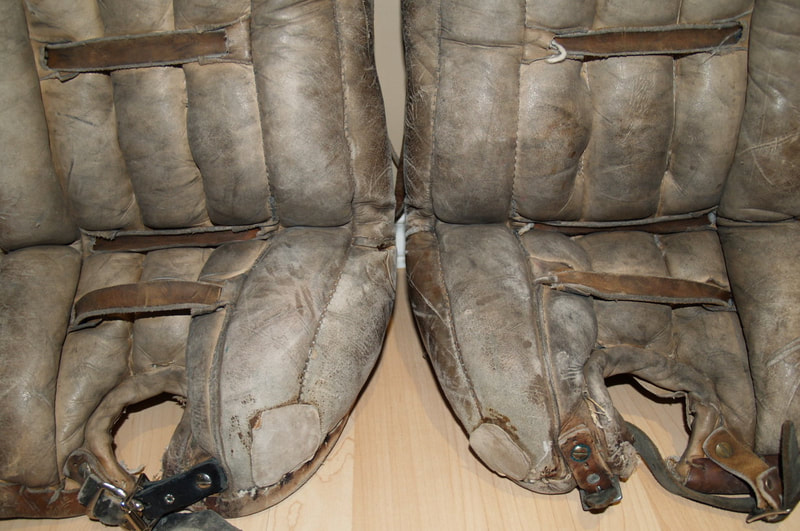 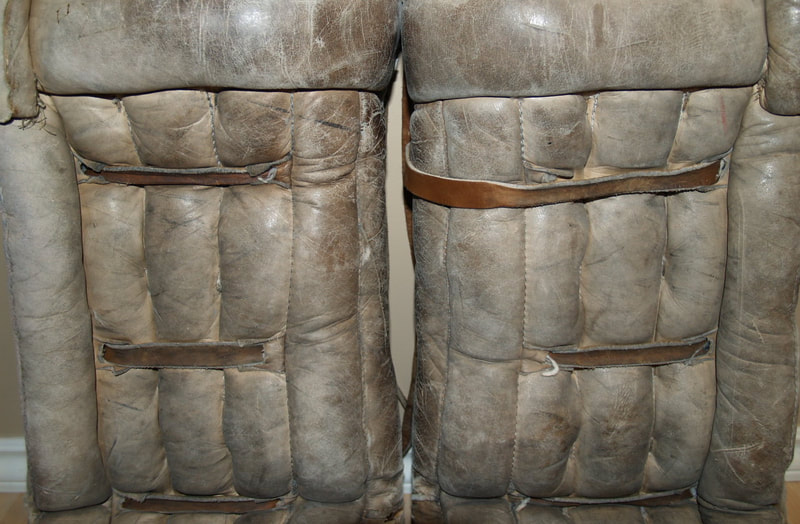 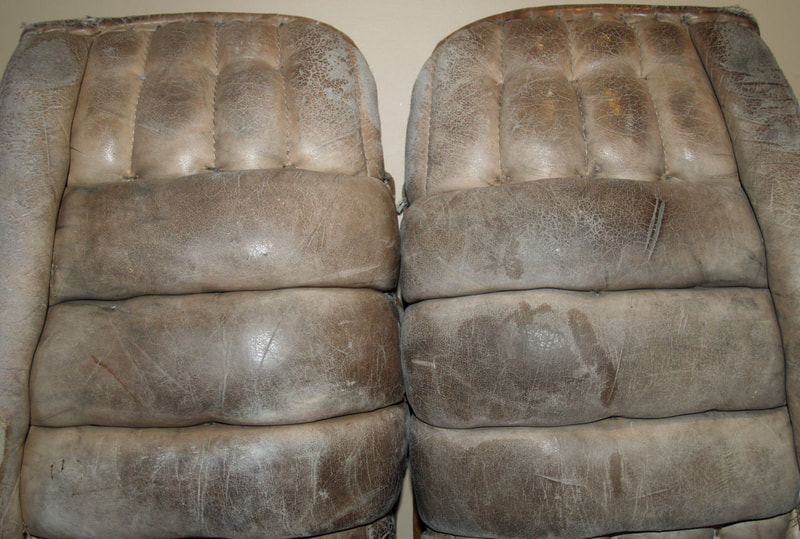 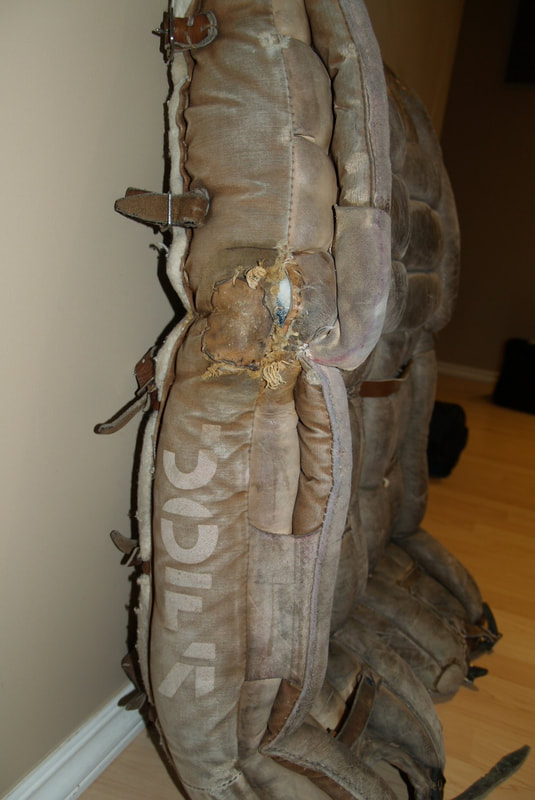 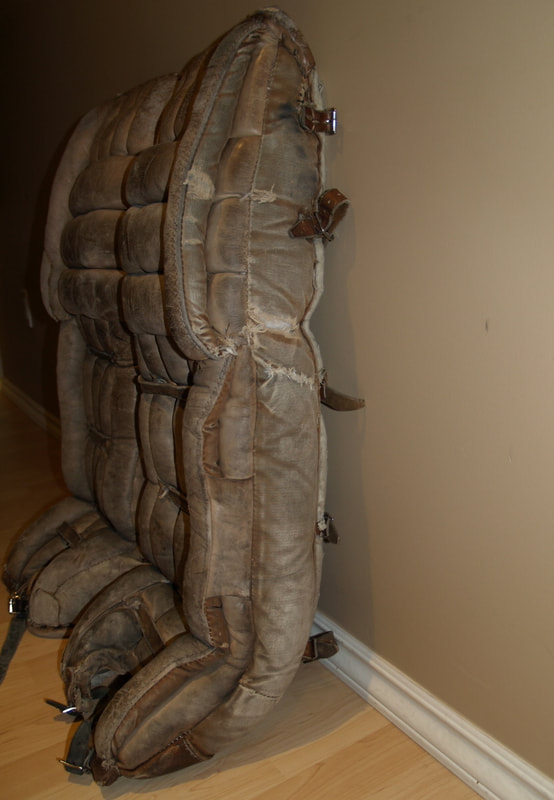 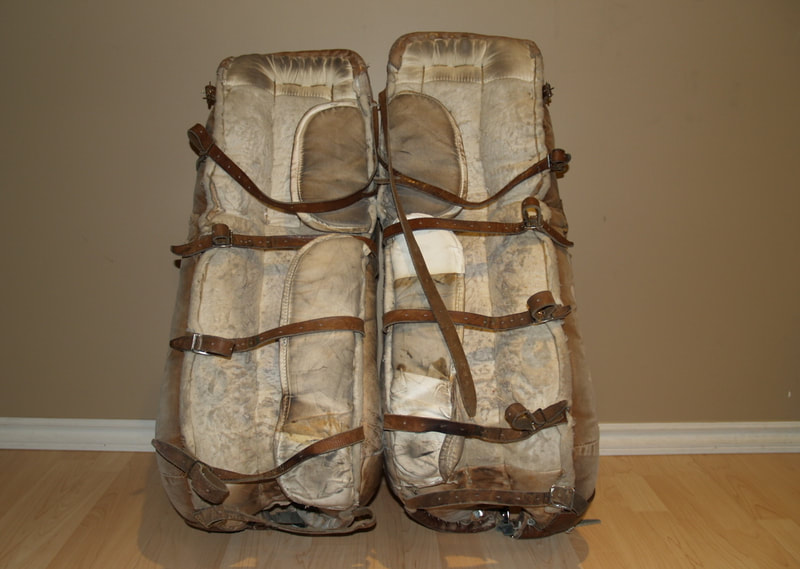 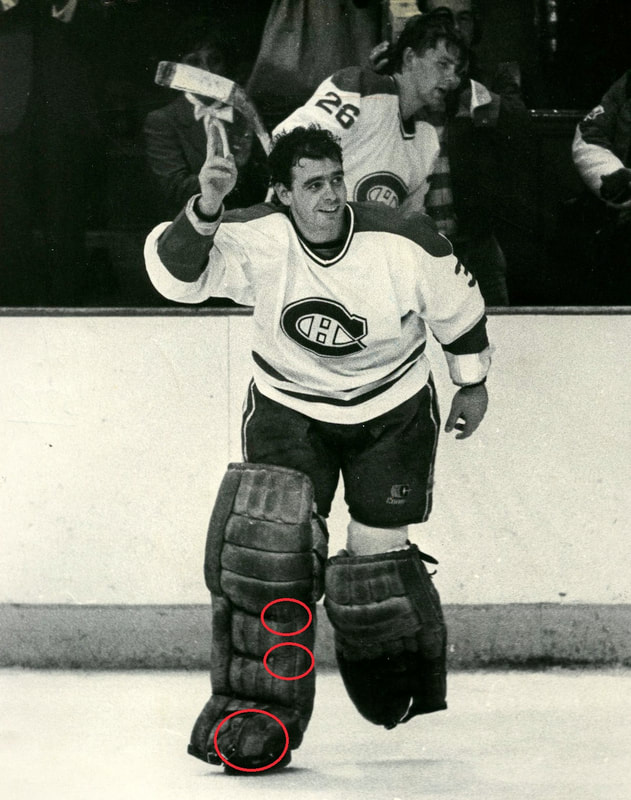 This here is a game worn Jofa blocker worn by Penney in his NHL debut season, including NHL debut, playoff debut, and it is definitely photomatched to his use of it in the 1984 Eastern Conference Finals against the New York Islanders. A skate slice on the thumb piece of the blocker is visible in both photo and on the blocker in my collection. A Stunning piece! 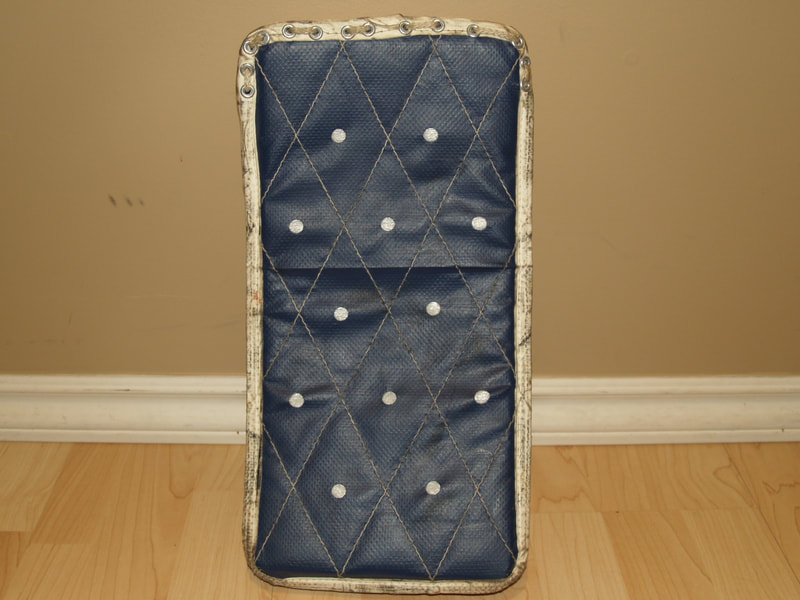 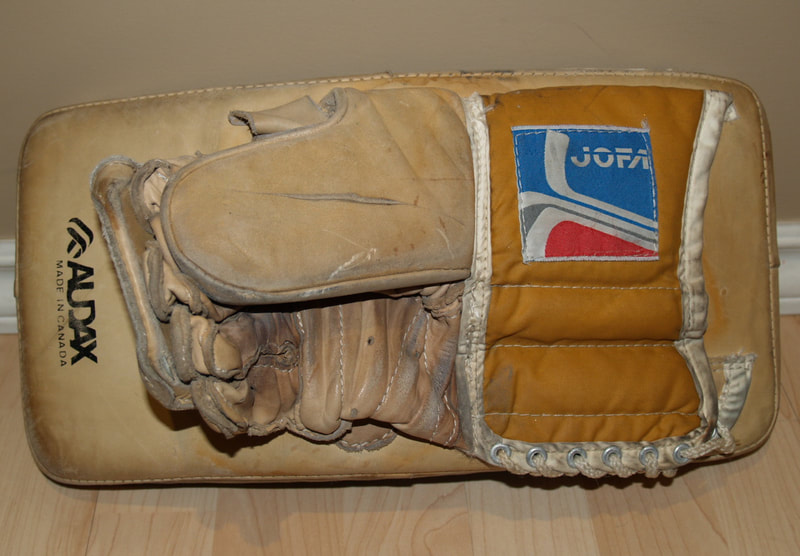 This is a game-worn Cooper glove worn by Steve Penney while with the Montreal Canadiens. Detailed enough photos of the glove from the era could not be located, however, it is very convincingly photo-referenced as he used this exact model of glove in the 1984-85 season. 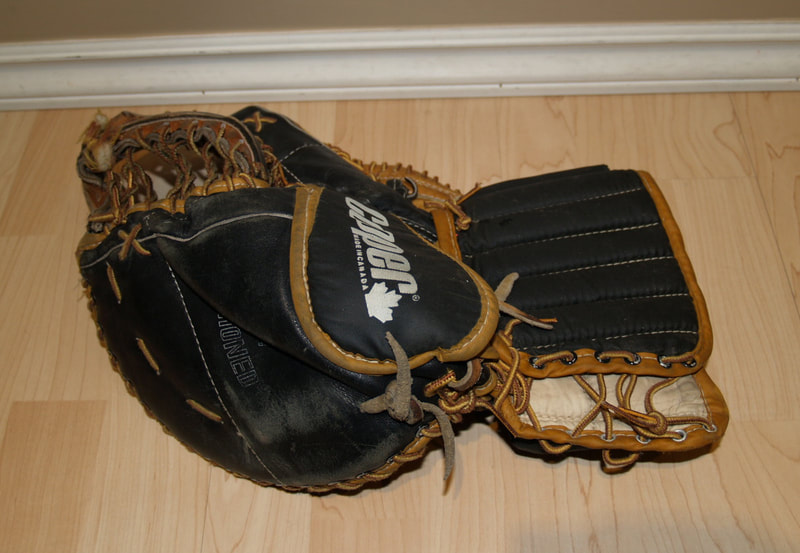 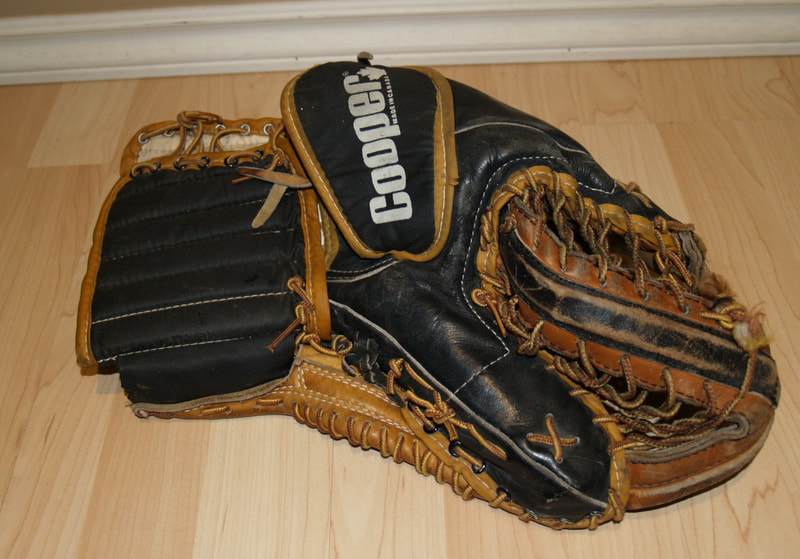 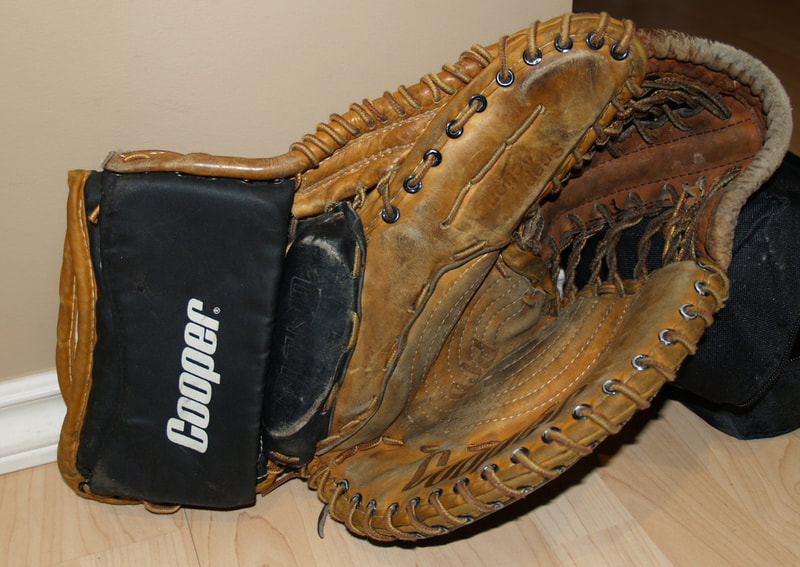 Here we have a pair of Micron ICM skates worn by Steve Penney while with the Montreal Canadiens. They are definitively photomatched, 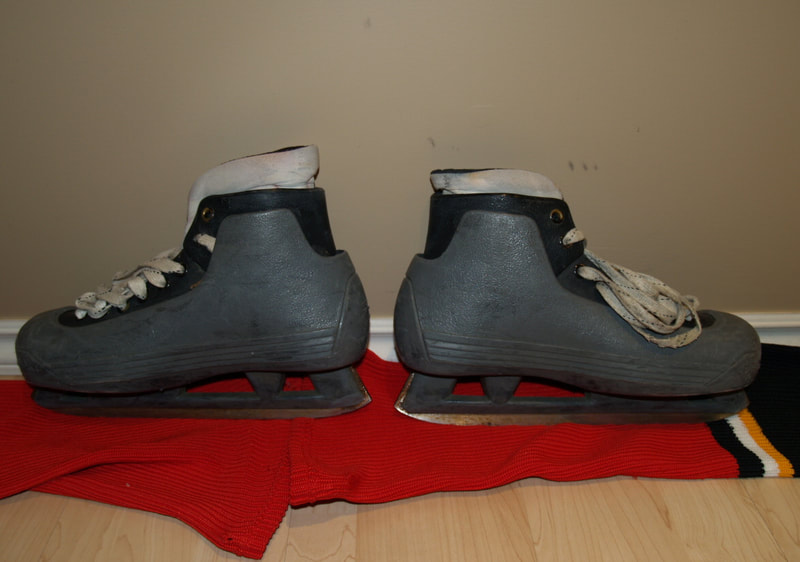 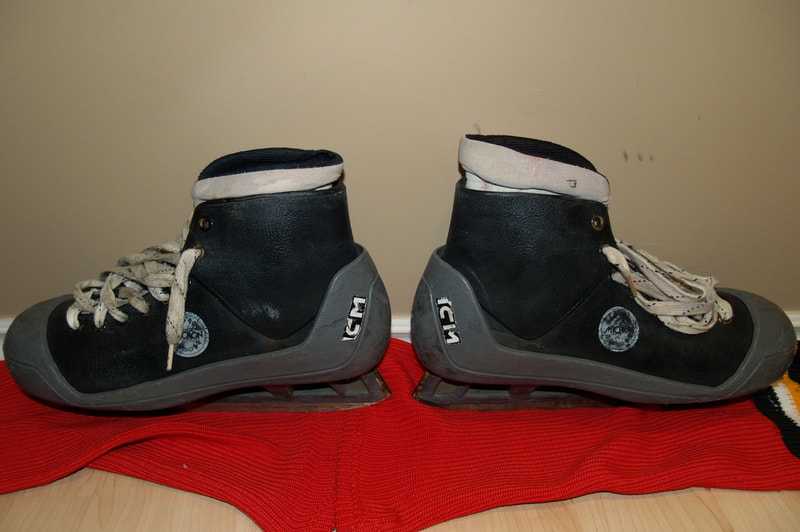 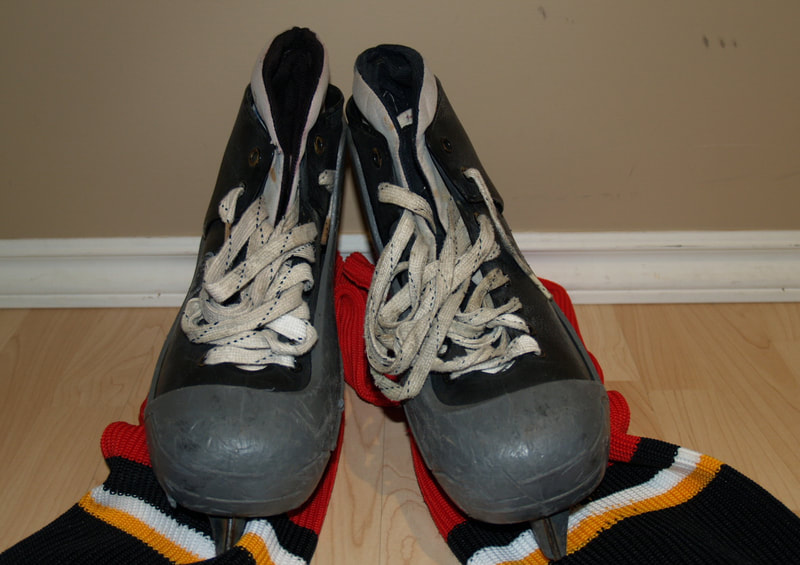 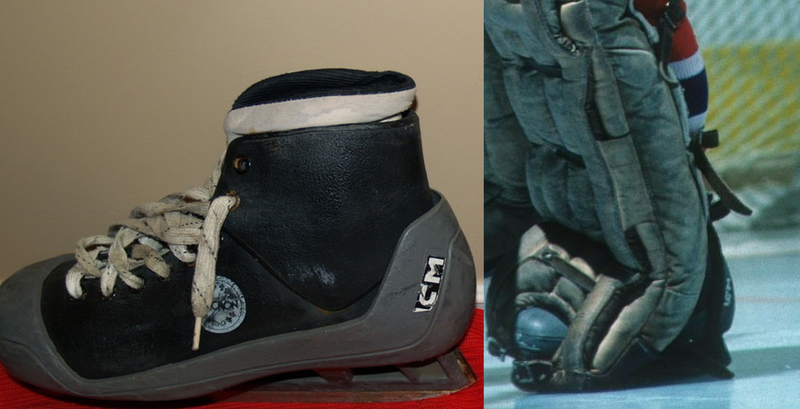 Here we have a game worn chest protector used by Steve Penney at some point in his time with Montreal as evidenced by the red jersey fuzz stuck in the velcro on the arms. The lack of padding within is eye-opening considering how padded goalies are nowadays. 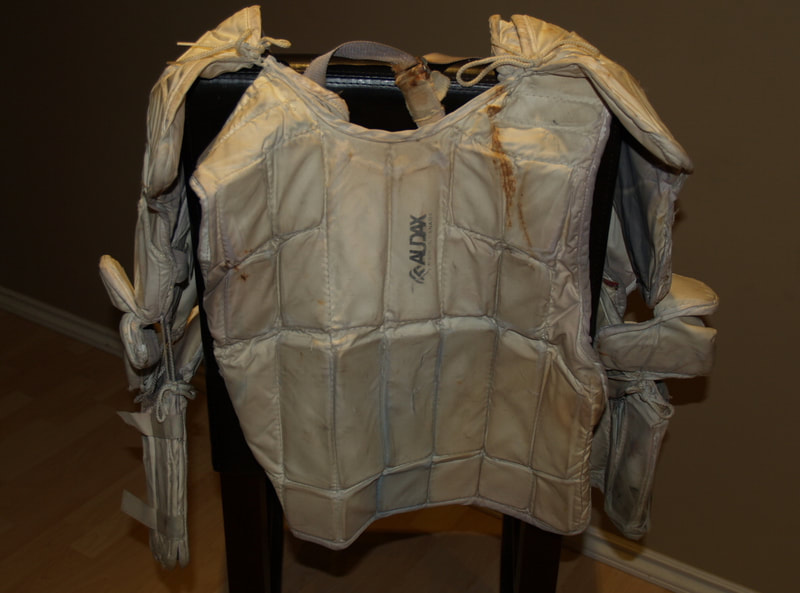 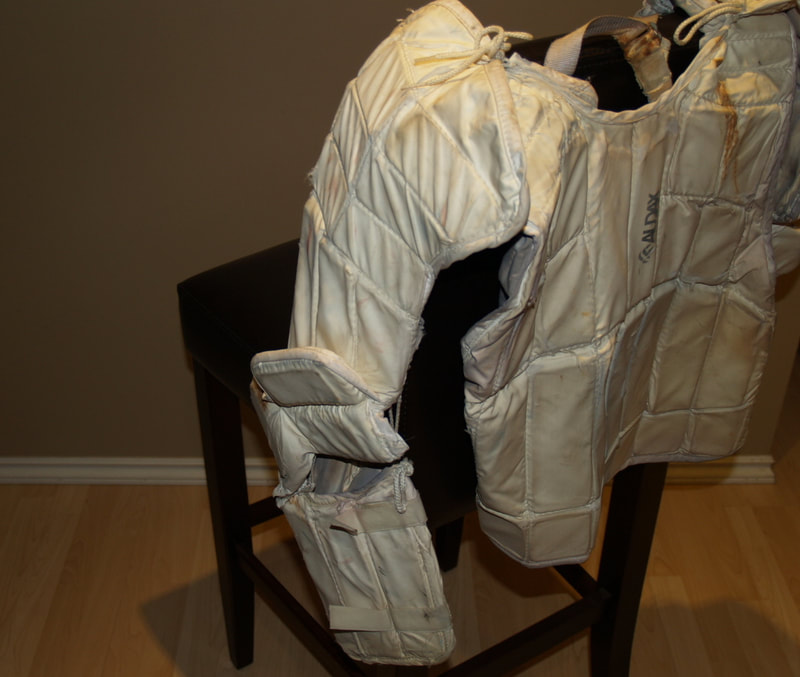 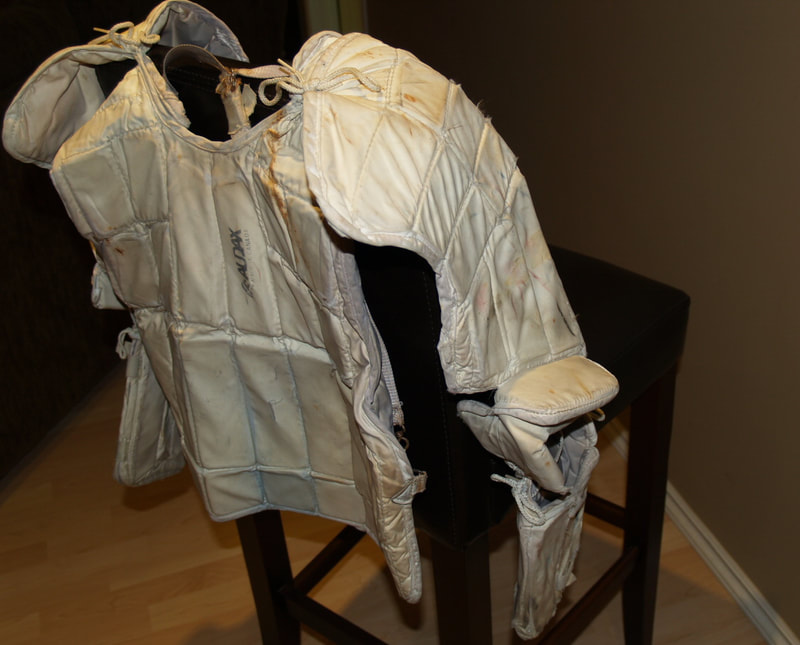