Born on June 28, 1993 in Elmhurst, Illinois, Garret Sparks was a star goalie with the Guelph Storm in the OHL. Drafted 190th overall by the Toronto Maple Leafs in 2011, he got his first shot with the pros by playing three games with the Marlies in 2012-13, during his final season in the OHL. Though he never got to play a game, he was a member of Team USA when they won the World Junior gold medal. After two very promising seasons in the minors split between the ECHL and AHL, Sparks got his first recall to the NHL in November of 2015. Then it happened. Sparks was given the start in goal on November 30, 2015 for the Maple Leafs against the Edmonton Oilers. He stopped all 24 shots that he faced in a 3-0 win. This also made him the first Maple Leafs goalie to debut with a shutout. He went on to play 17 NHL games that year, recording a 6-9-1 record. Though he was recalled in each of the two next seasons, he never got to play additional games. After leading the Toronto Marlies to victory and achieving the AHL Calder Cup in 2017-18, Sparks became the full-time backup in Toronto in 2018-19. He appeared in 20 games that season, recording an 8-9-1 record with a shutout. That off-season, he was traded to the Vegas Golden Knights where he got one additional NHL game in 2019-20. He spent the 2020-21 season in the minors and then this off-season, he was signed by the Los Angeles Kings.

As his career is still ongoing with the realistic prospect of more NHL games, career stats will not be posted at this time.

What you are looking at right now is a 2015-16 Toronto Maple Leafs home jersey worn by Garret Sparks in 9 of his 17 games that season. It is photomatched and was also the jersey worn in several of his rookie card photos including his Ultimate Collection rookies and Canvas Young Guns (the regular Young Guns sees him wear the jersey he used in his NHL debut, which is not this one). It features solid wear including loads of black marks throughout as well as post paint transfer. 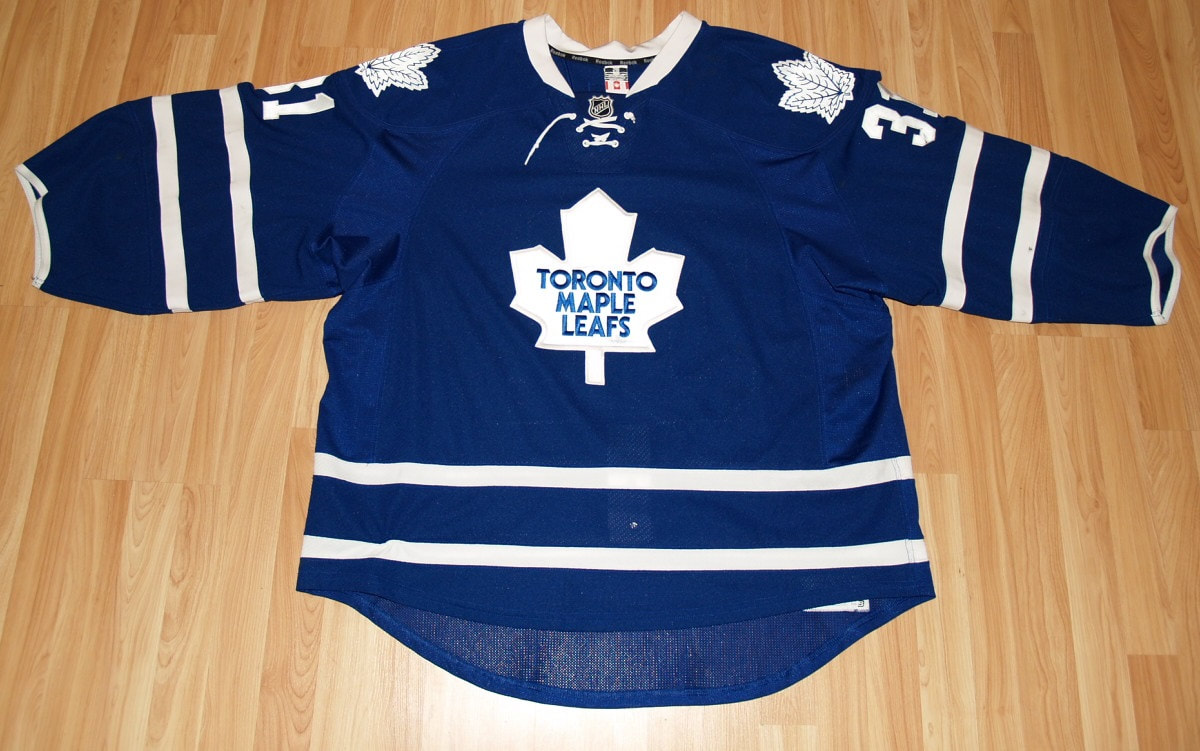 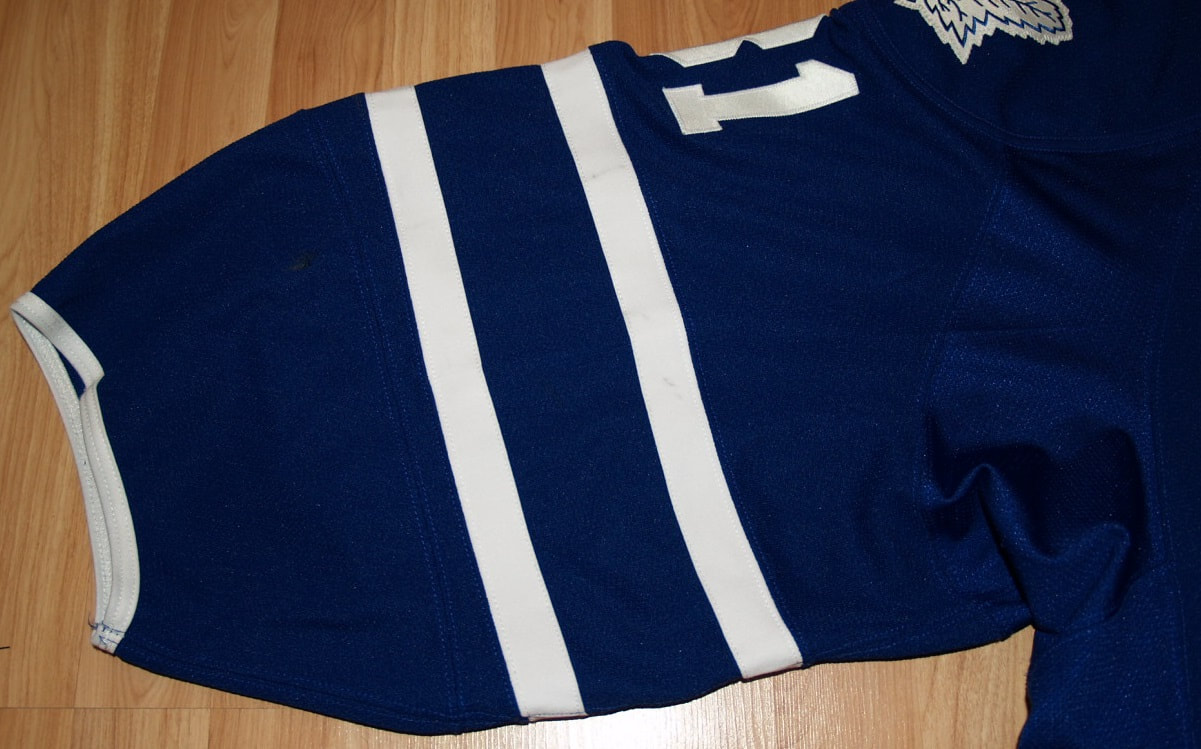 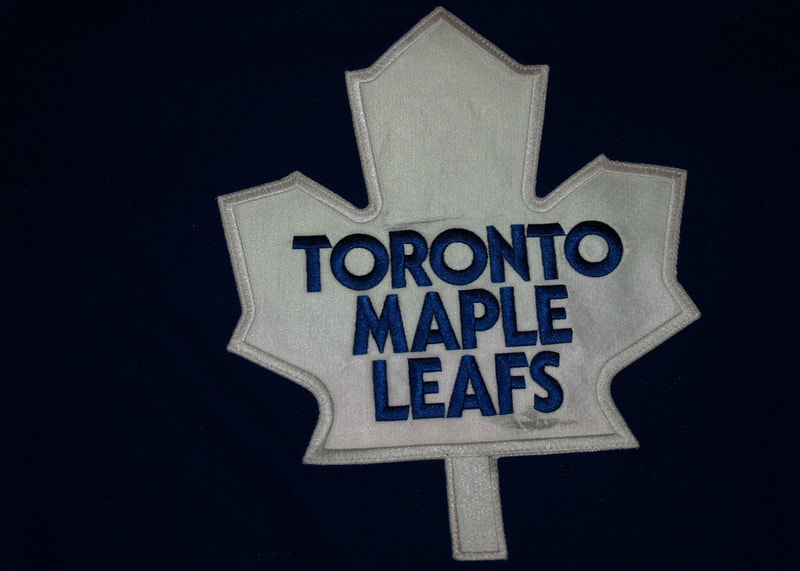 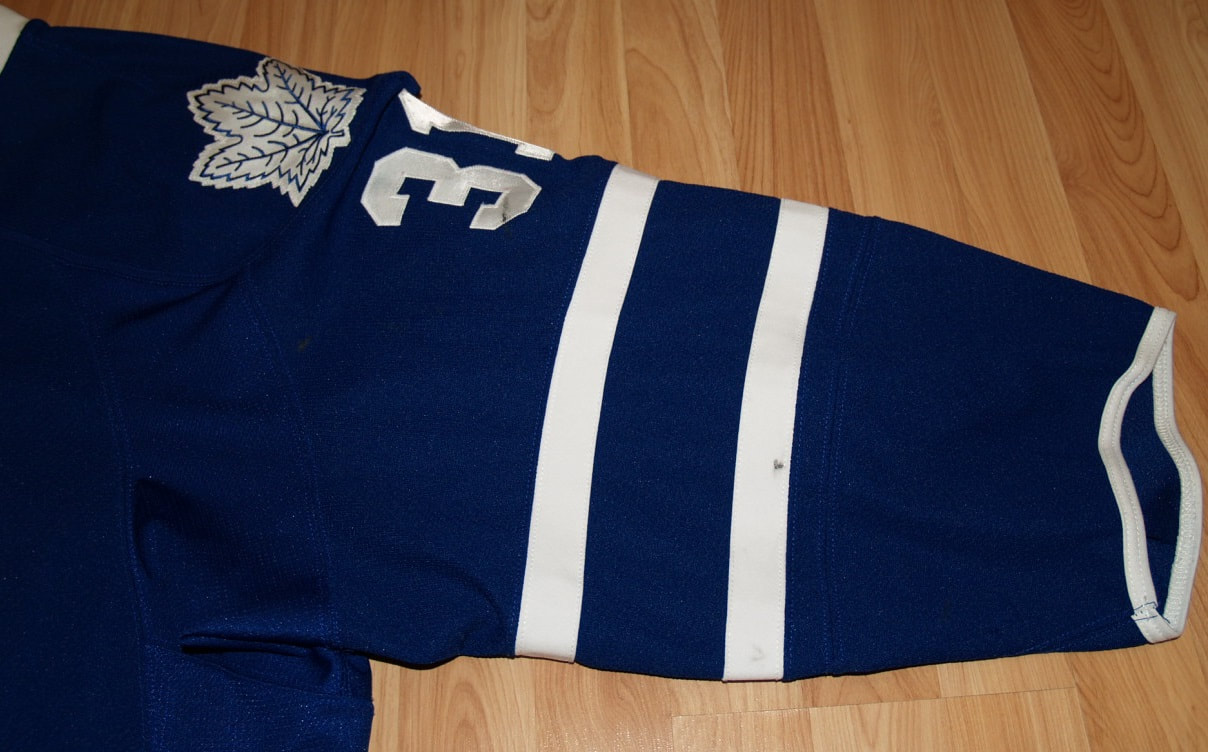 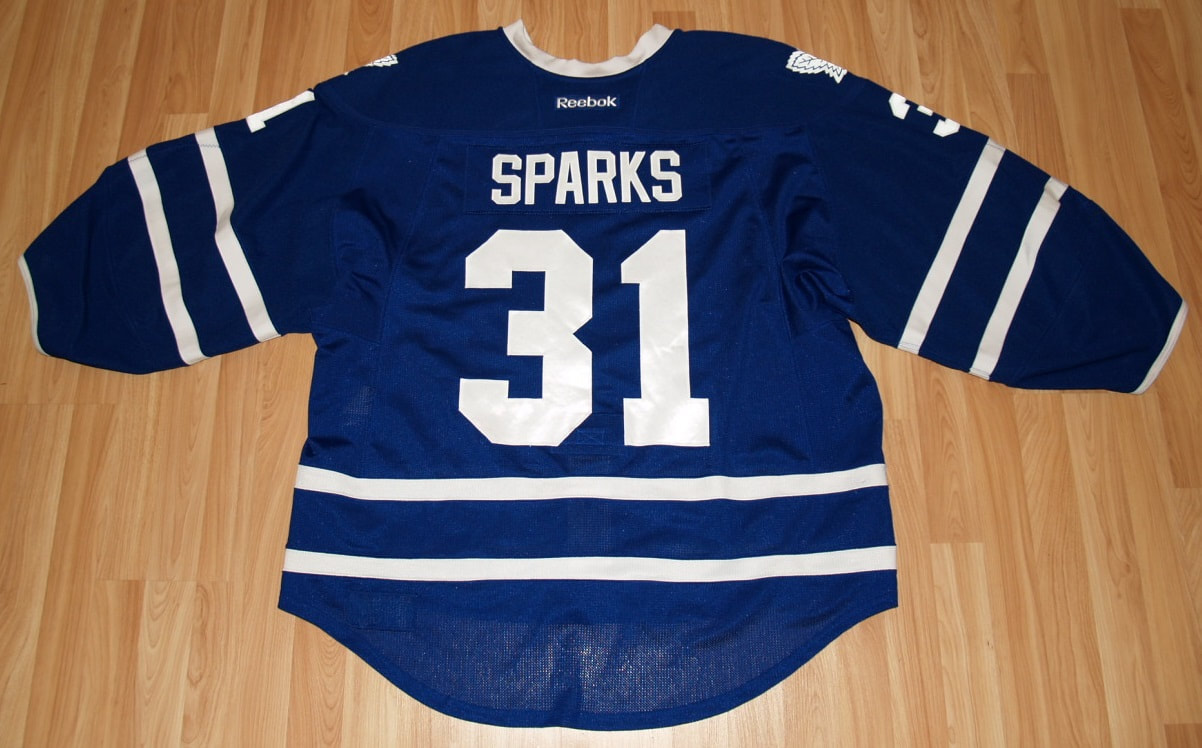 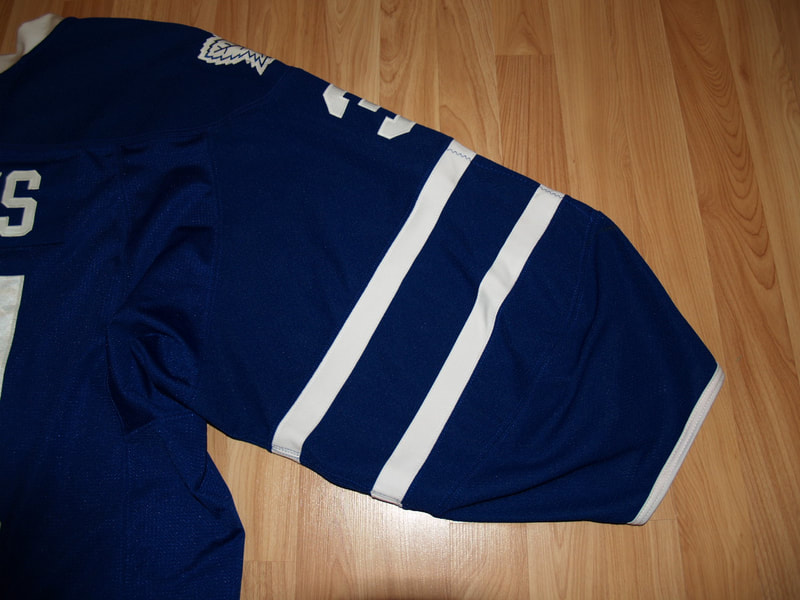 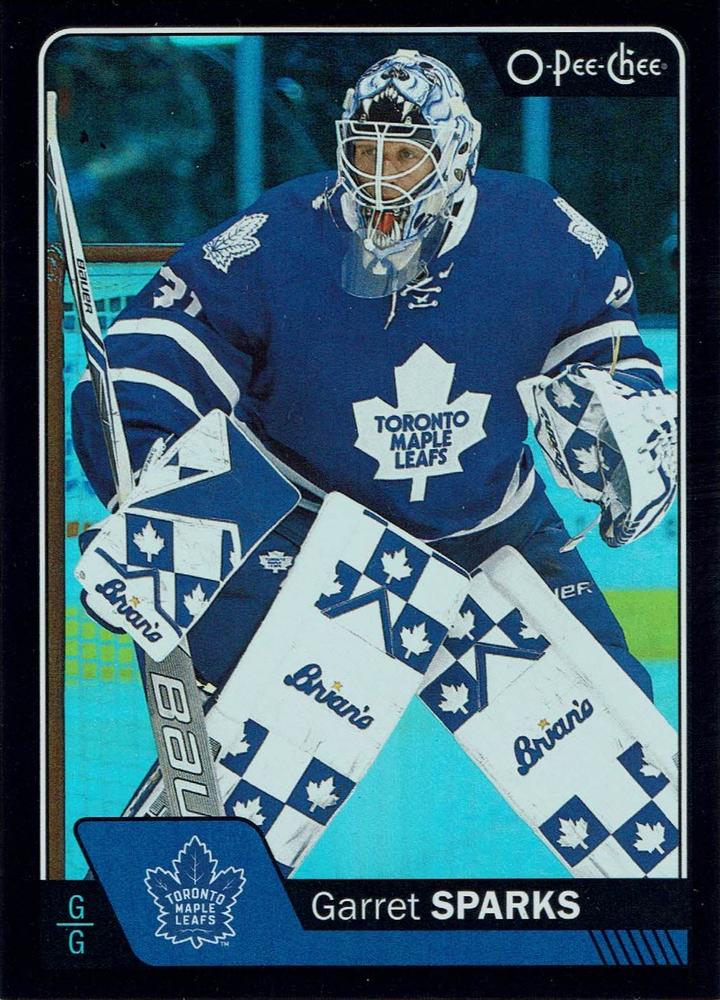