​Born on July 2, 1976 in Karlovy Vary, Czechoslovakia, Tomas Vokoun was drafted 226th overall by the Montreal Canadiens in 1994. He transitioned to North America with the Wheeling Thunderbirds of the ECHL in 1995-96, appearing in 35 games and recording 20 wins.

In 1996-97, he made his way to the AHL full-time and then...it happened. On February 6, 1997, while on recall with the Habs, Vokoun was given the start against the Philadelphia Flyers, however, the game did not go well. After one period of play, he allowed 4 goals on 14 shots before being replaced by Jose Theodore. Vokoun was then selected by the Nashville Predators during the 1998 Expansion Draft, and his career took off from there. In 8 seasons with the Predators, Vokoun appeared in 383 games, recording 161 wins with them and 21 shutouts.

In 2007-08, Vokoun was traded from the Predators to the Florida Panthers. For four seasons, he was their starting goaltender, appearing in 248 games with them. Having said that, despite Vokoun's strong numbers, the team was unable to make it to the post-season in any of those four years. In 2011-12, Vokoun was acquired by the Capitals and he played a season as their starter in tandem with Michal Neuvirth. The following year, he was traded to Pittsburgh where he backed up Marc Andre Fleury. After Fleury struggled in the first round of the playoffs, in went Vokoun, taking the Pens all the way to the Conference Final where they were swept by Boston. Poised to continue his solid play the following season, a health problem in the form of a blood clot was discovered and he needed surgery for it on September 21, 2013. He did not return to play until a two game conditioning stint with Wilkes-Barre in April 2014. He officially announced his retirement in December of 2014.

In his career, Tomas Vokoun appeared in 700 regular season games, recording a 300-288-35-43 record with 51 shutouts, 23 assists, a 2.55GAA and a 0.917 save average. He also appeared in 22 playoff games, owning a 9-13 record with two shutouts, a 2.24GAA, and a 0.928% save average. As of the time of this write-up, Vokoun is currently the 37th all-time winningest goalie in NHL history! He also has the 29th most games played, 29th most shutouts, 30th most minutes played, 20th most assists, 33rd most penalty minutes, and 16th highest save percentage in NHL history. He also has two World Championship Gold Medals, as well as an Olympic Bronze Medal.

What you are looking at right now is a 2010-11 Florida Panthers Set 1 Home Jersey used by Vokoun in the first half of the season up to and including January 5, 2011. Among his most notable games while wearing this jersey was December 7, 2010 against the Colorado Avalanche, where he recorded his 250th career NHL win. The jersey has interesting wear comprised of some black marks, post-paint transfer on the rear number, as well as large, unrepaired lacerations on the right shoulder, as well as on the front crest. 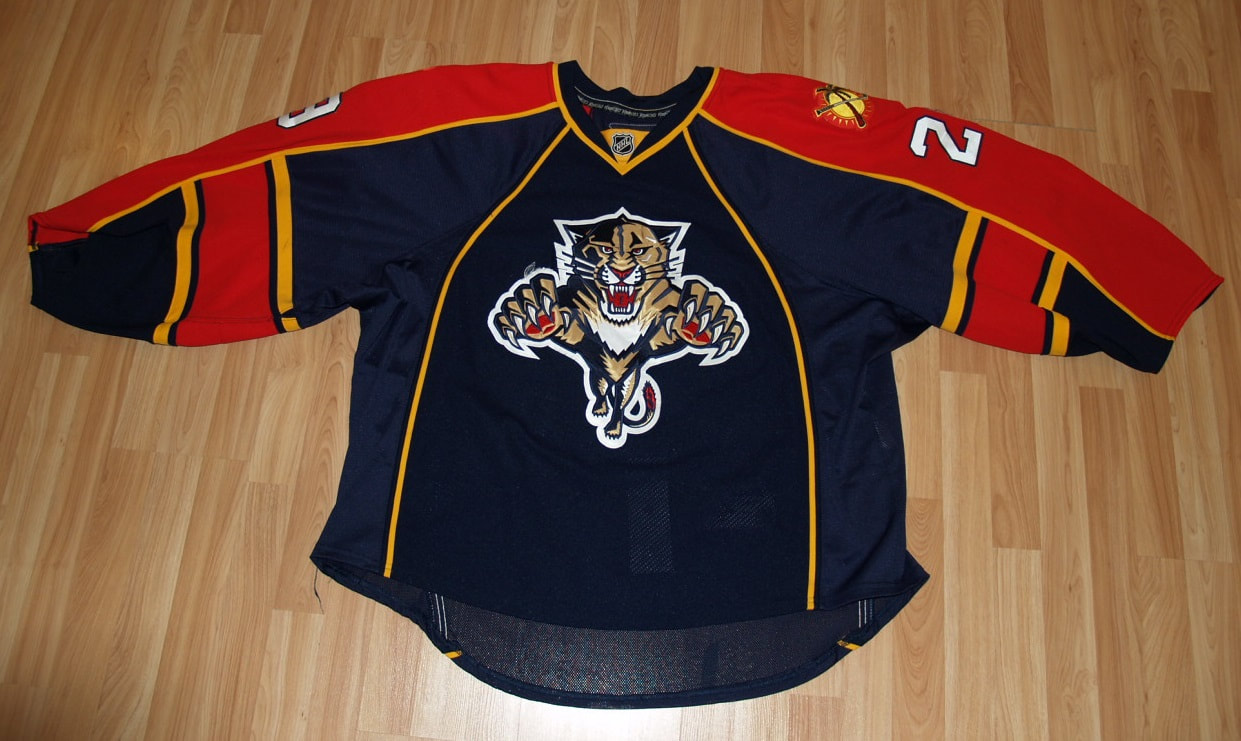 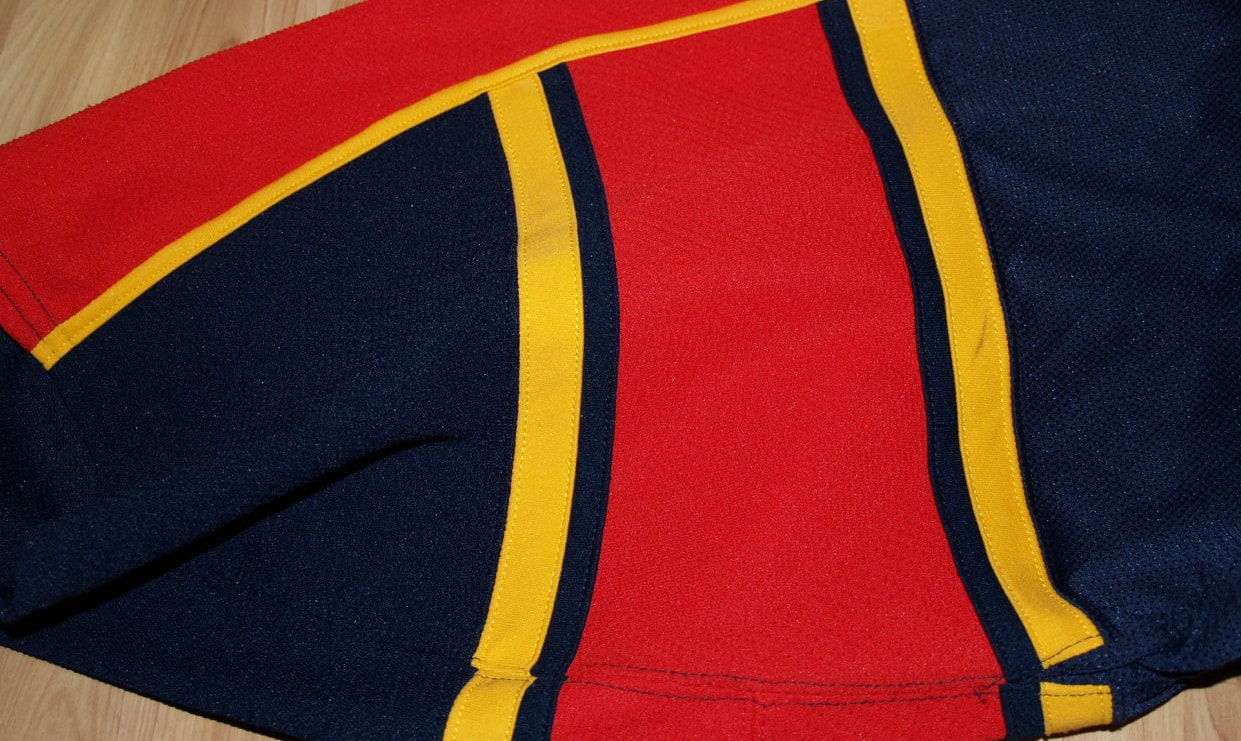 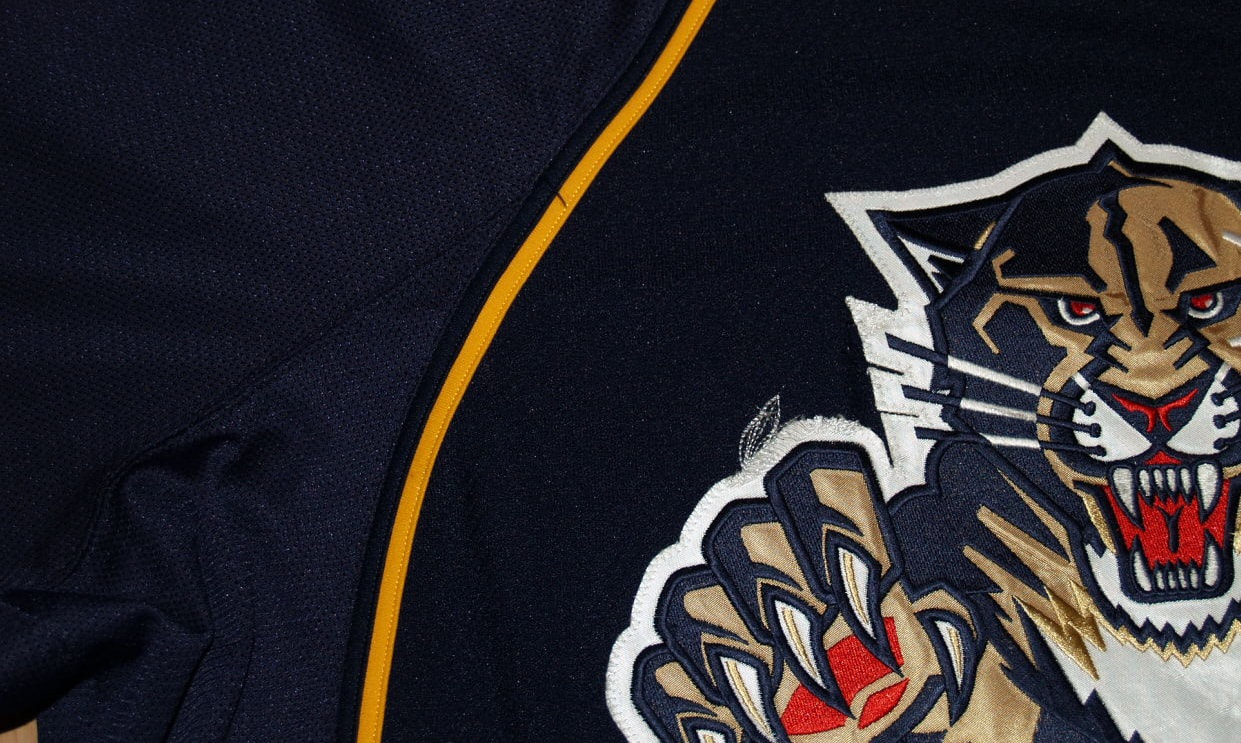 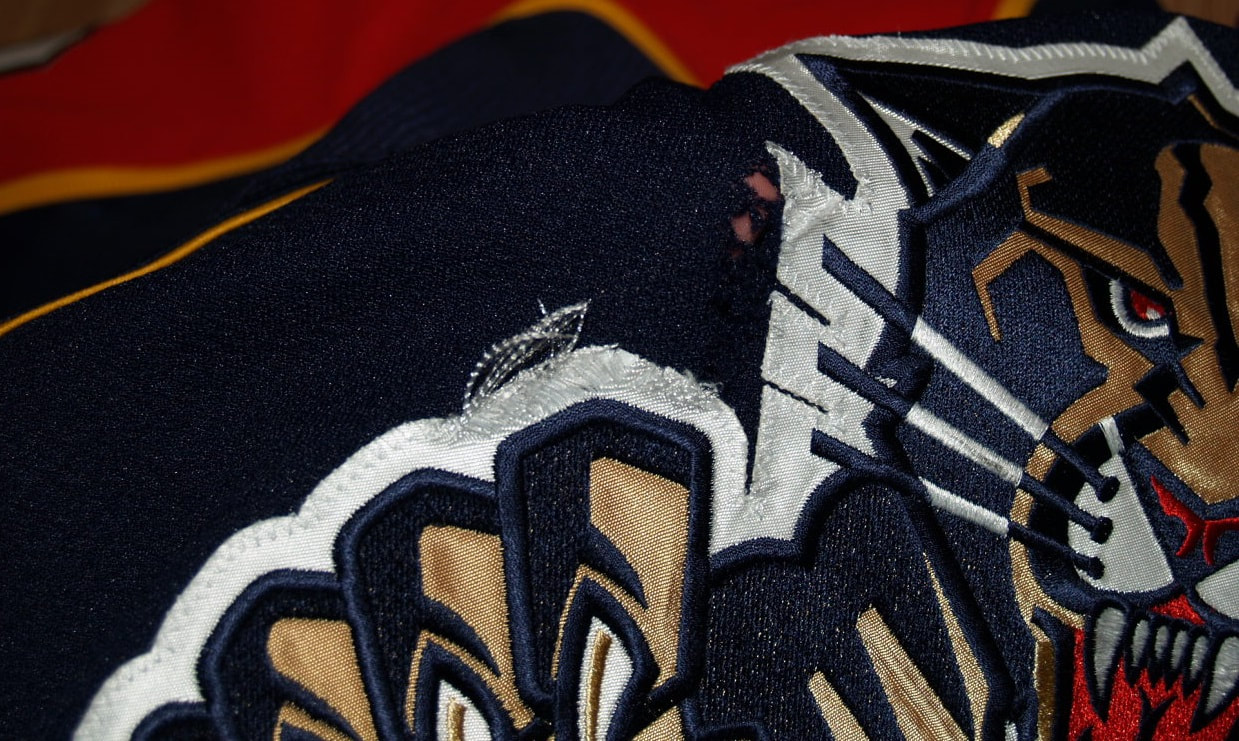 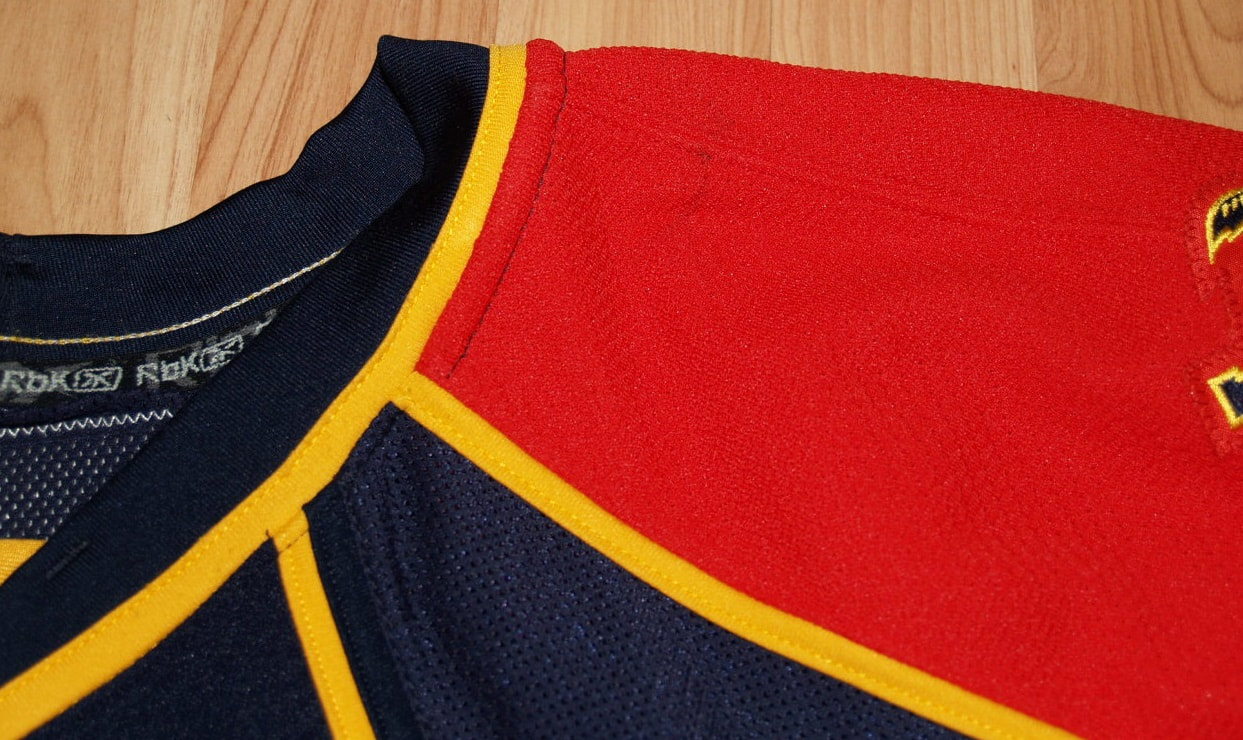 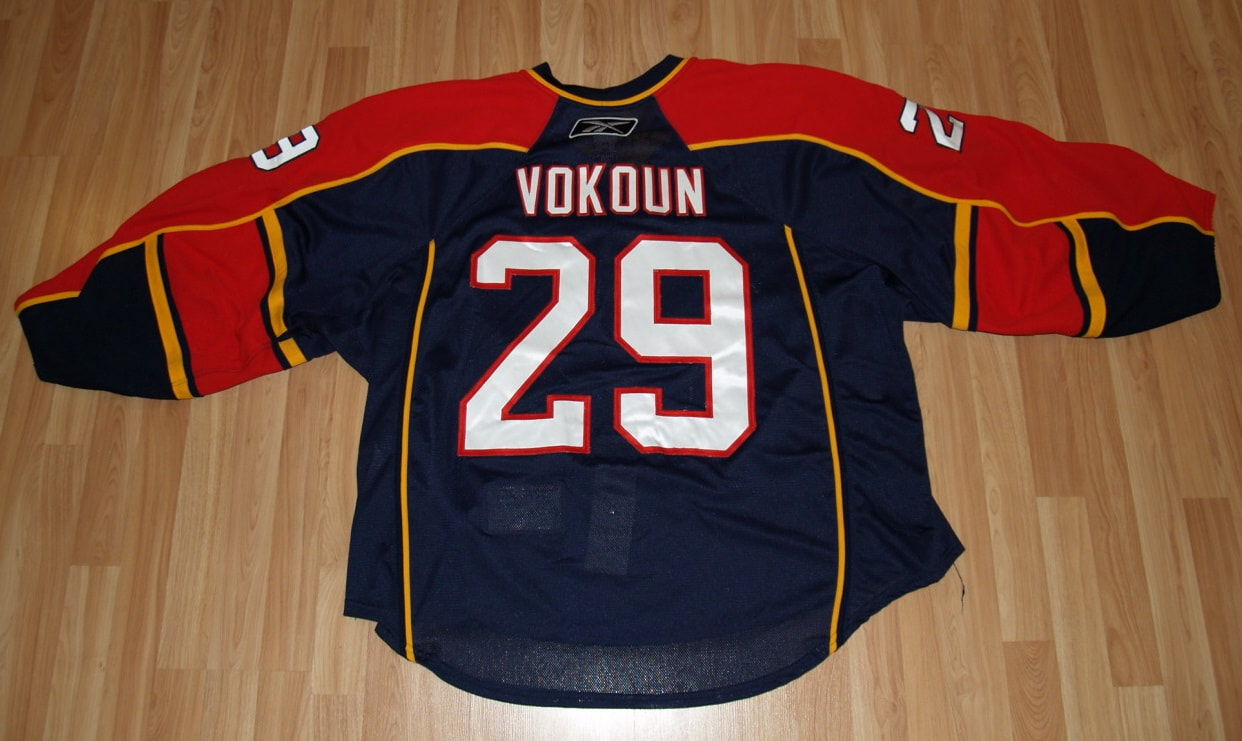 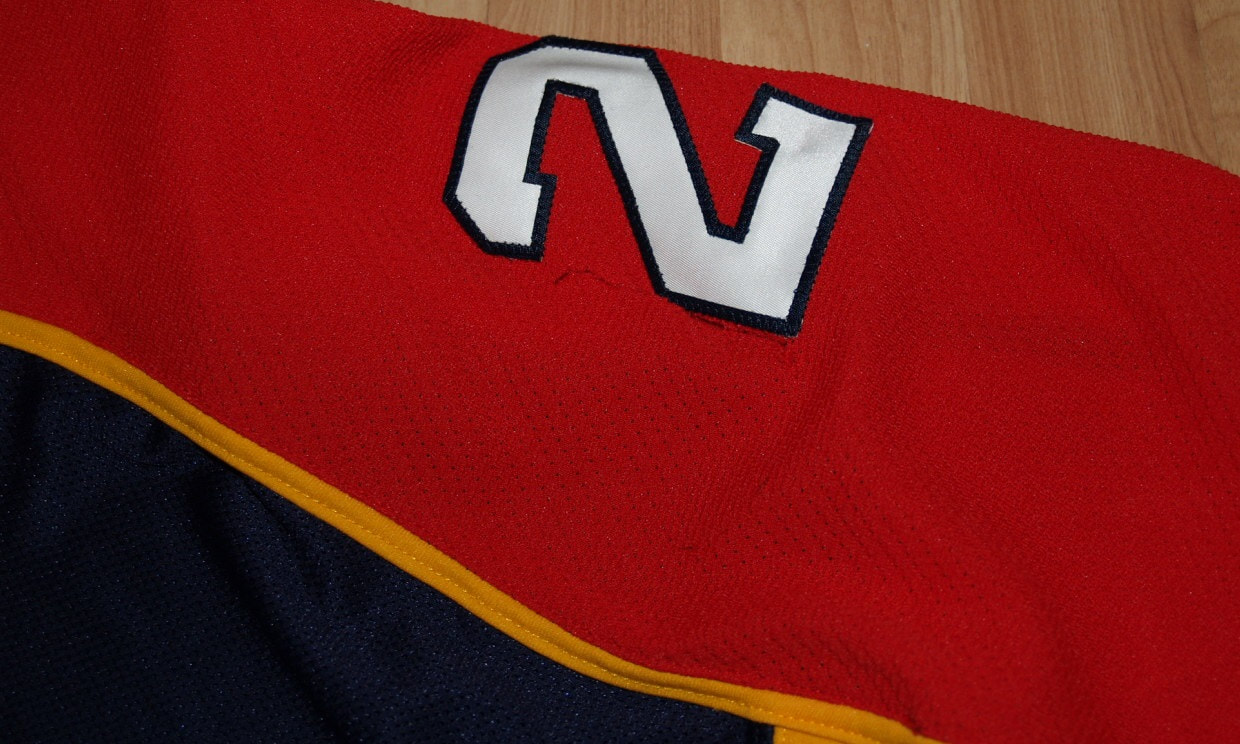