​Denis Herron was born on June 18, 1952 in Chambly, Quebec. A strong prospect who played for the QMJHL's Trois Rivieres squad, he was drafted 40th overall by the Pittsburgh Penguins in 1972. He immediately transitioned to the pros that following season and on October 14, 1972, that moment happened. He was given the start for the Pens against the California Golden Seals and stopped 22 of 24 shots in a 5-2 victory. He followed that up with his first career shutout, then second career shutout over the next 3 days and 10 days respectively. With so many goalies in the system, he only played a handful of games over his first three seasons prior to getting his chance with the Kansas City Scouts for two seasons. He then rejoined the Penguins for three more seasons from 1976-77 to 1978-79, where he was given starting goalie minutes. He was then traded to Montreal in 1979, and there he remained for three seasons. In 1981, he shared the Vezina Trophy with Richard Sevigny and Michel "Bunny" Larocque, and then shared the William M. Jenning Trophy with Rick Wamsley in 1982. He was then traded back to Pittsburgh for his third stint in 1982. He spent four more seasons in Pittsburgh before struggling in 1985-86, getting demoted to the AHL, and then retiring at the end of that season. Fun fact, Denis Herron was actually involved in three fights in his NHL career...all against Tiger Williams.

What you are looking at is one of three possibilities. What is certain is that this stick is a circa 1982/1983 era Victoriaville stick of the style used by Herron while he was with the Montreal Canadiens. The three possibilities as to what this stick is are as follows: (1) A game issued stick that was then taped and used by someone else, (2) As there is evidence of old tape having been removed, it could be a Herron game used stick that was retaped by unknown sources, or (3) This is a game used Denis Herron stick that he himself retaped in this unusual style. Whichever it is, it is a good placeholder for his name for now.

Acquired From: An antique shop in Edmonton

Dates of Game Use: Unknown, though this exact stick model was used by Heron in the circa 1982/1983 time period while with the Habs. 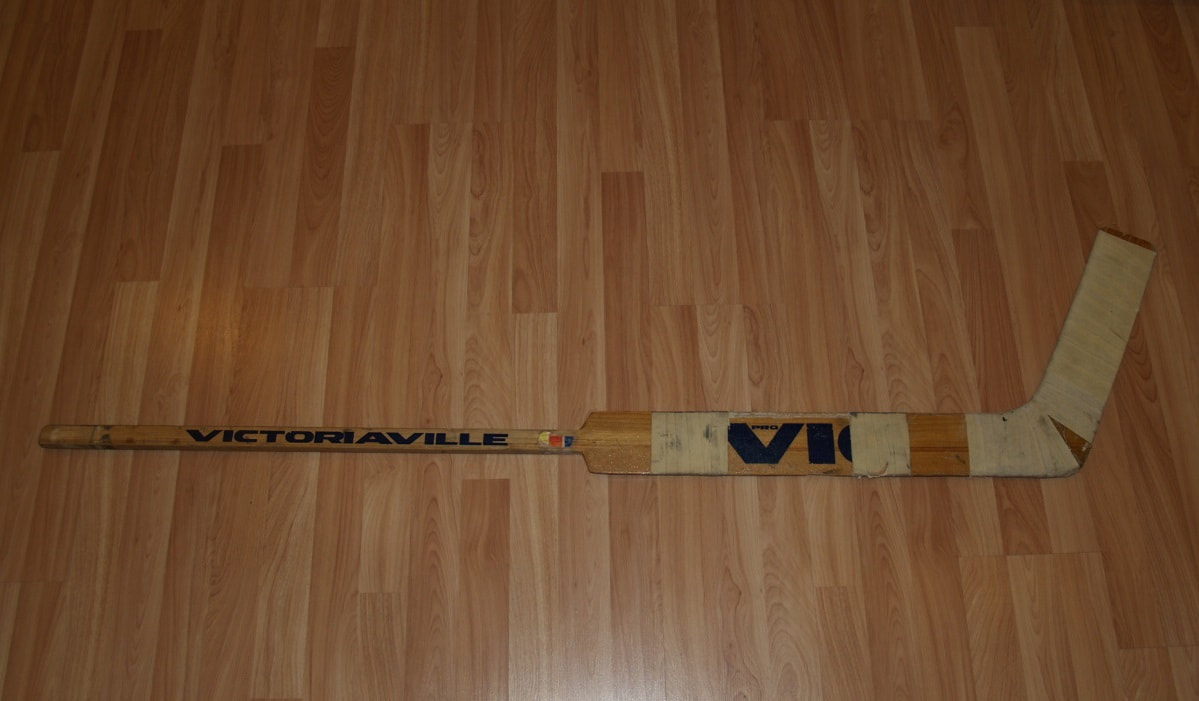 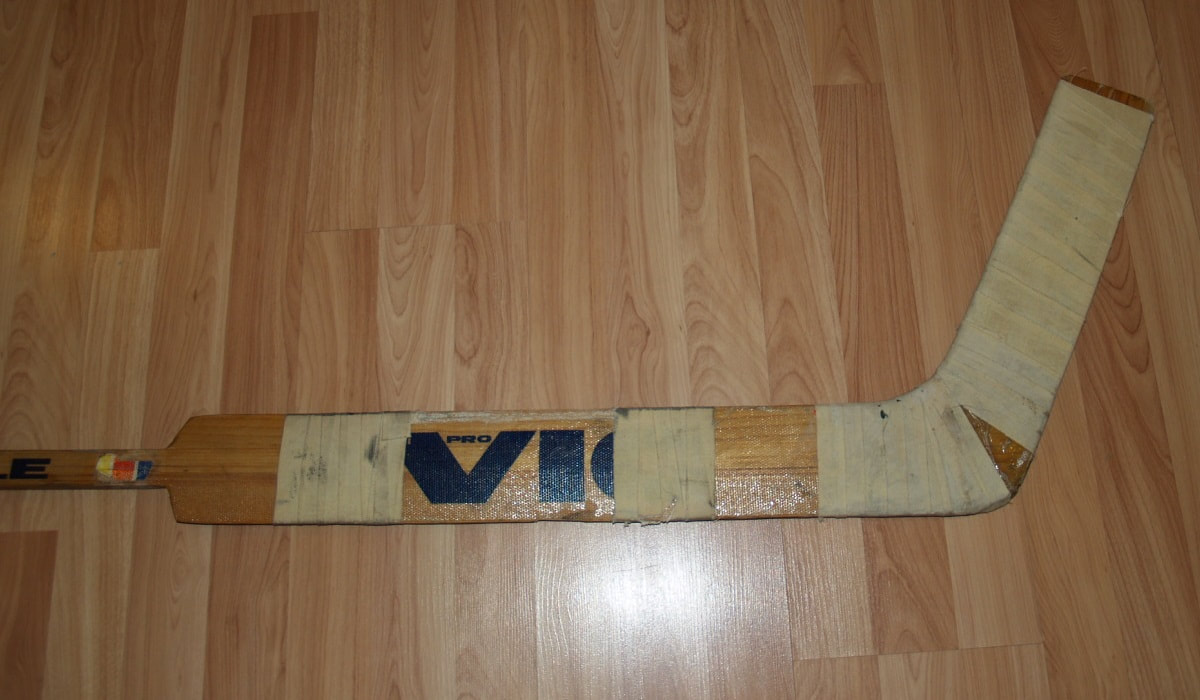 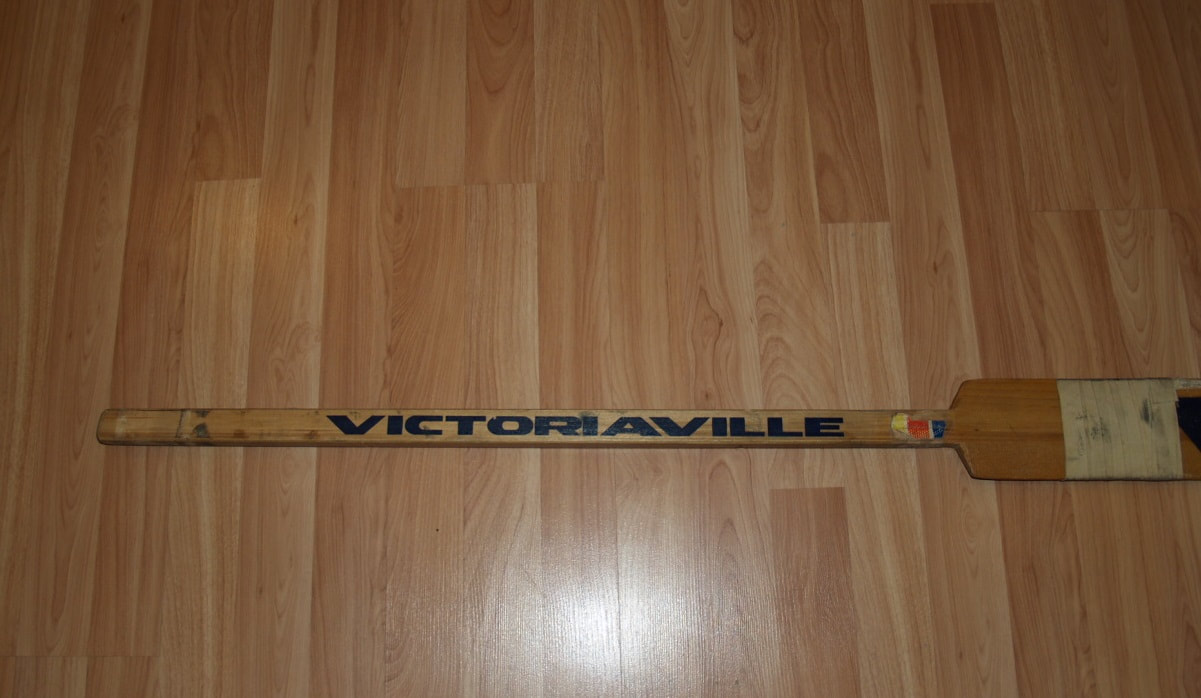 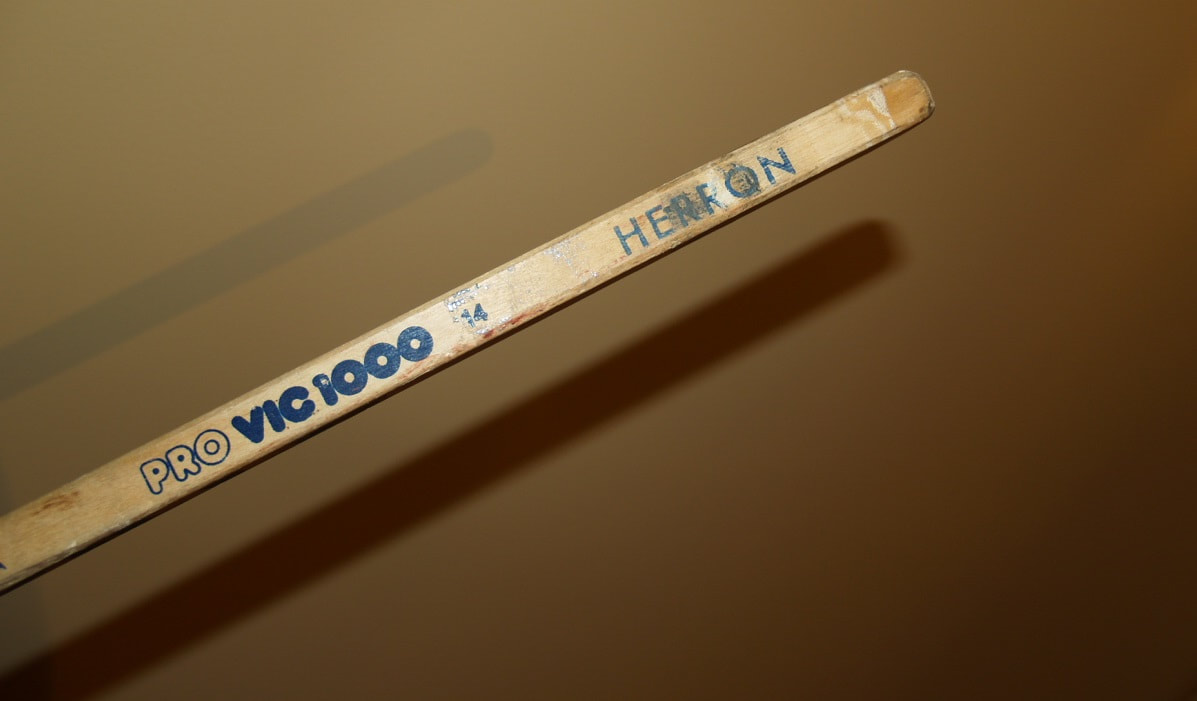