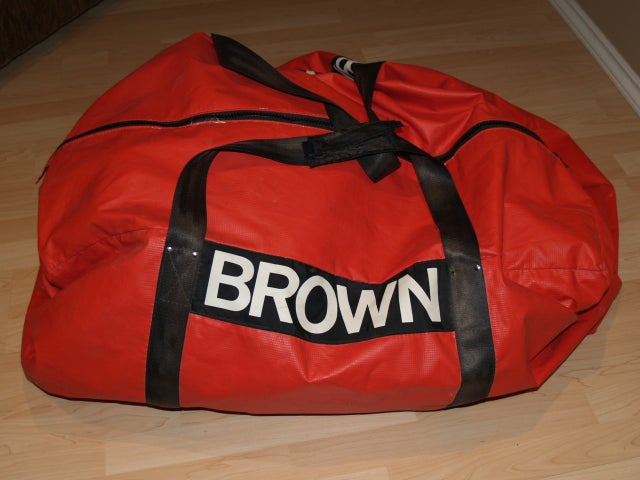 This item was used to store all of his game worn gear in while with the Devils' organization, most likely in Albany of the American Hockey League. This Brown Goalie Equipment Bag definitely saw some use as the odors within attest to.

The item originated from the personal collection of Peter Sidorkiewicz and was acquired via Classic Auctions. A copy of the Classic Auctions LOA will be included with this item.